Only 120km away from Shanghai and a quick dash on the high speed train, is Suzhou.

Suzhou is famous for its classical landscape gardens, ancient buildings, winding canals, chinese opera, silk museums, and had once been home to Sun Tzu, the great military strategist whose name is often mentioned on the History Channel, and by a variety of management gurus and books. I had only been introduced to Suzhou from the famous chinese film, Suzhou River (2000), directed by Ye Lou. I do not remember much about the movie except maybe the actress, Xun Zhou, who now has a role in the recently released convoluted science fiction Hollywood movie, Cloud Atlas (2012). 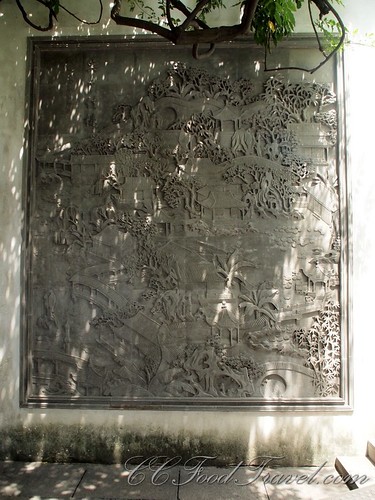 A mural of Suzhou classical gardens 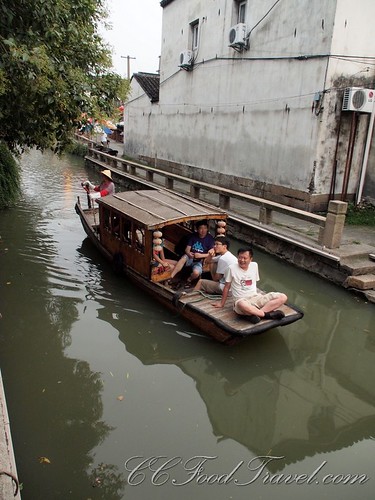 Lost and looking for a youth hostel, I walked into a Yukata (Kimono) retail shop on the historic stretch of Pingjiang Road and met Millie. Noticing how sweat drenched and lost I was, she offered to call the hostel to check availability, directions then ushered me to the hostel which happened to be in walking distance albeit hidden in a small lane. Millie is originally from Wuxi and had come to Suzhou as a student of Soochow University, to major in English. Seizing the opportunity to practise her English with a laowai and her own experience being an outsider of this garden city, she offered to show me around Suzhou the next day which also happened to be her break day. How could I resist the offer? 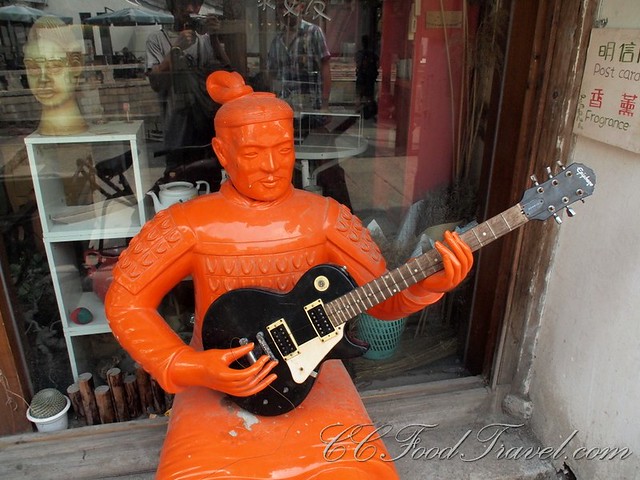 At the hostel, I met Tom from Changsu who accompanied me on my walk to dinner at the Xishengyuan restaurant. He was a happy-go-lucky and adventurous teenager who had traveled solo to many corners of China during his school breaks. Tom was always smiling. He shared with me his travel tales during our long walk. He told me that he wanted to try a different mode of traveling, when he left the next day for home. At a lost for the right word, he gestured with his fist and thumb pointing out sideways to tell me what he wanted to do. I mentioned tha it was called hitchhiking. The idea of thumbing his way home really excited him. I suggested he wake up early to try his luck since I did not think China motorists were in the habit of offering rides to strangers. We ended the warm and humid evening, walking on the dimly lit Pingjiang canal then stopping to sit on the banks of the canal to listen to a young busker belting out popular chinese love songs on a microphone and a semi-acoustic guitar. Tom seemed to know all the songs and often sang along. I couldn’t understand a word but a large cold Suntory Beer kept me company. Xiaolongbao’s made fresh and served steaming hot at Xishengyuan were some of the best I’ve ever tasted. Ranging from Y6 (USD1) to Y10, the fresh bao’s and dumpling soup were value for money. A constant influx of customers until closing time gave testimony to its popularity.

The next day, together with Han Li, another young teen from Huangshi, Millie led us out into ‘wild’ Suzhou with her own tailored itinerary. We explored the rest of the ancient Pingjiang Road, the avant garde Suzhou Museum, a Kunqu opera school, a Kungqu museum and tried out different snacks along the way. We passed by several gardens but didn’t enter, as many had admission fees, plus a swarm of visitors. Again, I was drenched in sweat from heat and humidity, it wasn’t a pleasant day out but the company was great. 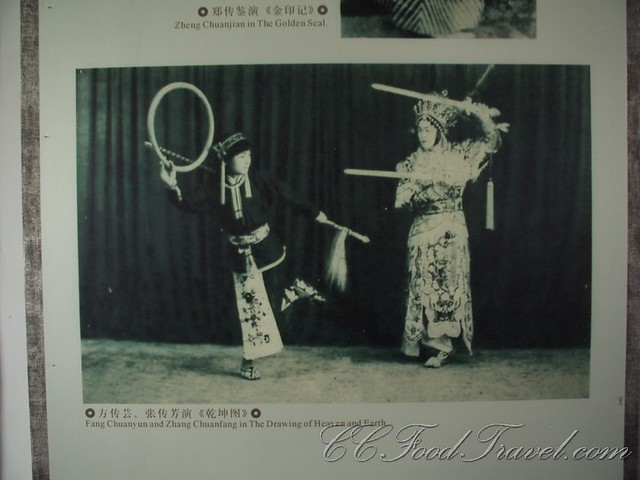 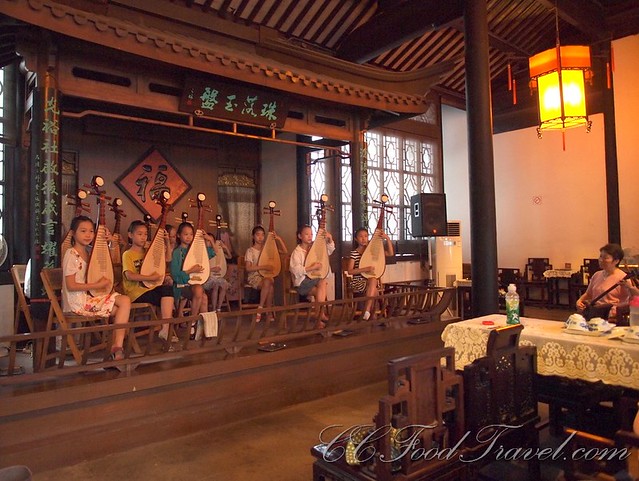 The pipa orchestra in practice 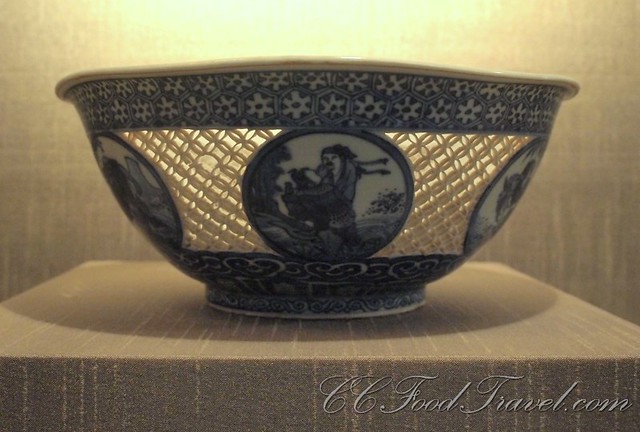 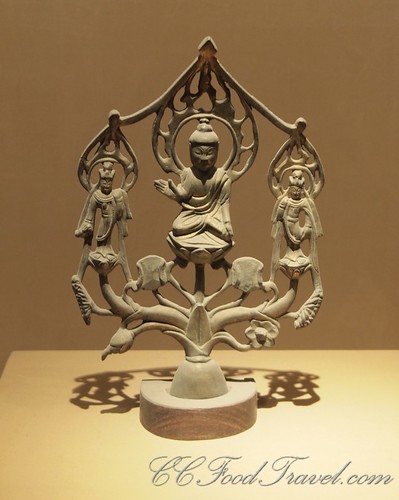 A headrest to help you sleep like a baby 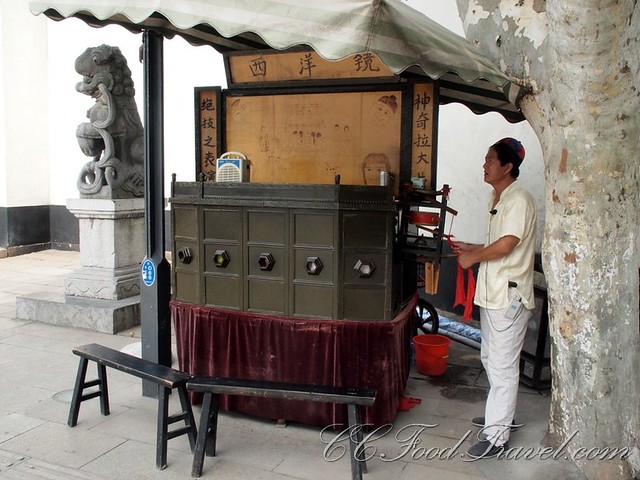 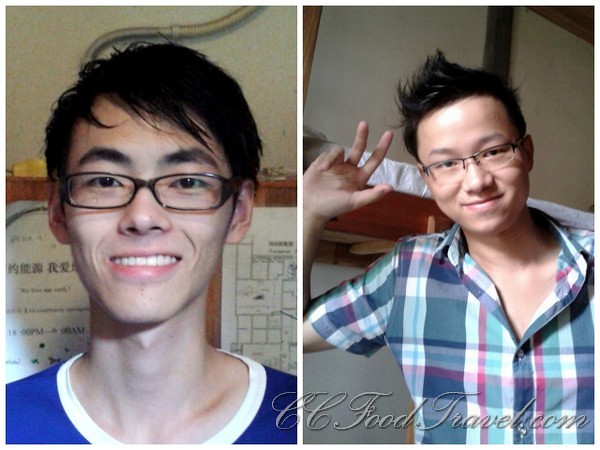 After lunch (which Han and Millie fought off my yuan and paid the bill), Han left us to start his journey home and I suspect a special someone was eagerly awaiting his return. I marched on to visit Millie’s alma mater, Soochow University (aka Dong Wu Da Xue), where she wanted to show me the lush gardens, and art deco buildings where many great scholars developed their brilliant minds and went to bigger things. Soochow University has its roots in a Methodist missionary school setup in 1900. There is another branch of Soochow University in Taiwan as well. 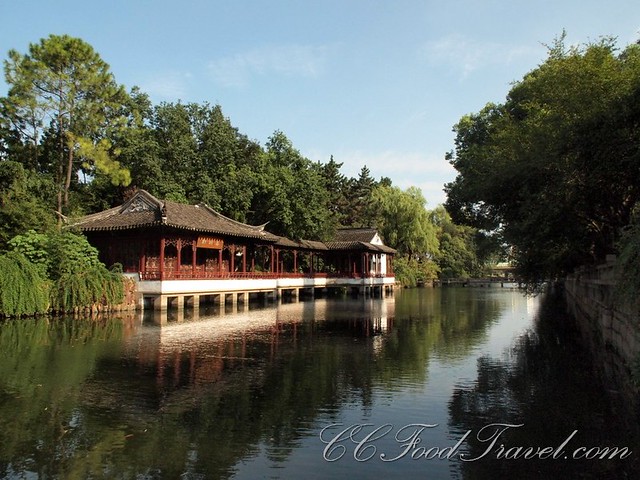 A lush canal beside the university We hopped on a bus to visit Jinji (Golden Rooster) Lake and walked around its modern and beautifully landscaped gardens and walkways. The slick looking Suzhou International Expo Center, and other modern forms of architecture is found in this part of modern Suzhou. Across the lake, we see Suzhou’s pride or maybe rather, an embarrassment. The Gate of the East/Orient, a 300 meter high sky scraper which the locals dub “Big Pants” would have been ready by the time this post is published. The re-development of this district, Suzhou Industrial Park, had been a joint venture between the local government and a large Singapore developer to unlock the vast economic value here. It pretty much looks like Singapore. 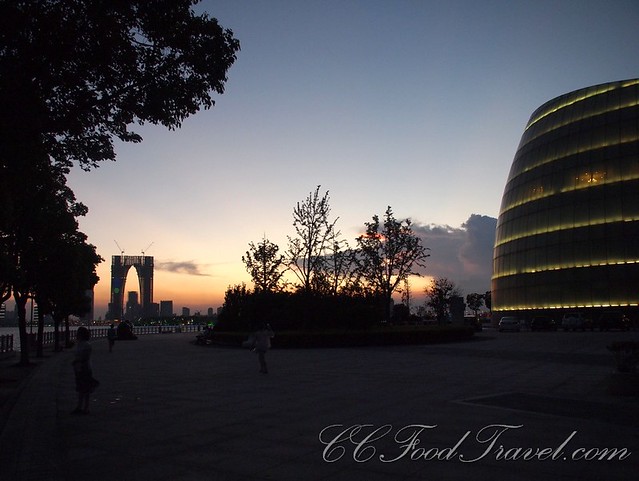 Big Pants of the Orient! One of the functional street art sculptures found around the park At sundown, this district of Suzhou lights up bright with plenty of busy bars, restaurants, and the din of the after-work crowd. At one end of the park, an amusement park comes to life. We sat at a bridge, joining some locals to watch the activities at the amusement park for short awhile before making our way to a bus stop to catch a bus back to Pingjiang Road. 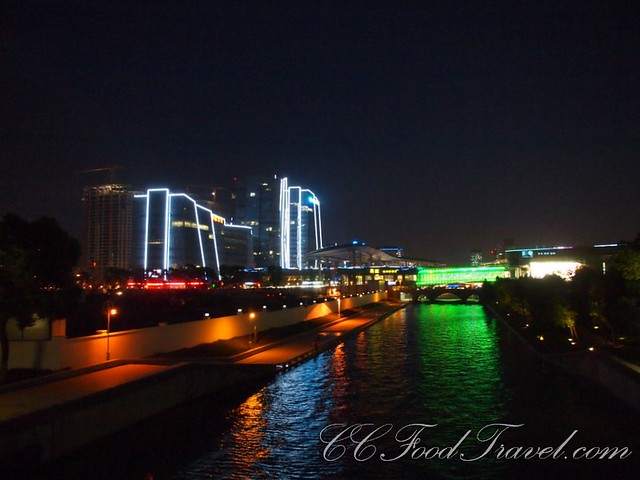 The next day, just before leaving for Shanghai, Millie surprised me at the hostel lobby, to send me off. I wanted to buy her brunch so she led us to YaBa Shengjian. This had to be one of the best dumpling restaurants in Suzhou (at least to my limited knowledge of Suzhou). There is something special about this place which Millie later explained…

“…the place we [ate] those dumplings is called 哑巴生煎（ya ba sheng jian），哑巴(ya ba)means a dumb person,生煎(sheng jian)are those dumplings. Just the one who made this flavor of dumplings first was a [deaf and] dumb person.nowadays people work there are all able-bodied. The dish you ate is called 馄饨(hun tun),the one I chose is 豆腐花(dou fu hua),just salty soft tofu.” According to wiki, shengjian mantou/bao is a pan fried dumpling which originates from Jiangnan region. The sesame and chive peppered dough had a chewy top with a crunchy bottom resulting from the pan fry. It’s marinated juicy mince pork fillings were sweet and savoury. The strong flavours sent me to heaven accentuated by my starving appetite for tasty food in these past few days. The Dou Fu Hua is served as a savoury dish. Dried shrimps, seaweed, black fungus, and pickled mustard is laid over silky smooth beancurd in a dark broth. It had been awhile since I’d tasted such smooth texture which retained the wonderful flavors of soybeans. All the dishes were delicious, Millie had been a great host to my visit, and a great experience for Suzhou. 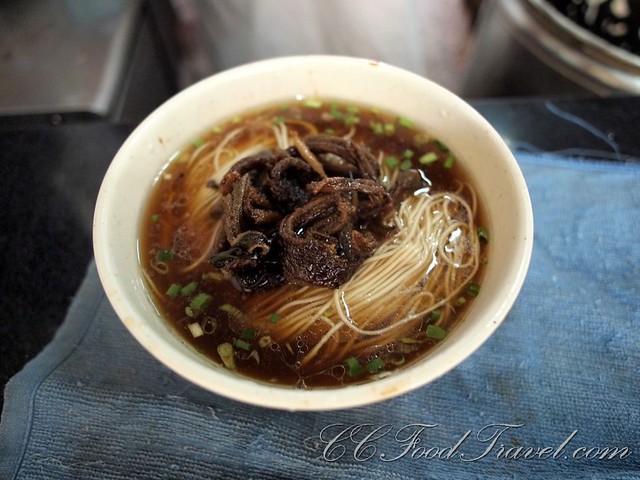 A neighbor’s bowl of noodles When I met Millie Huang, she shared she was feeling a little lost and insignificant, as do most people when they have led a too routine life. Our chance encounter, gave her the opportunity to do something different. Beyond offering me directional assistance to my lodging, she received her chance to practice her English (and corrected mine too), showed me her perspective of Suzhou, and in return she did a little more walking than she needed, and learnt a little more about the world outside China. Today, Millie can feel a little less significant since her name will forever be emblazoned here, read by millions of global netizens until the webhosting servers shutdown. She is now significant. Famous even! 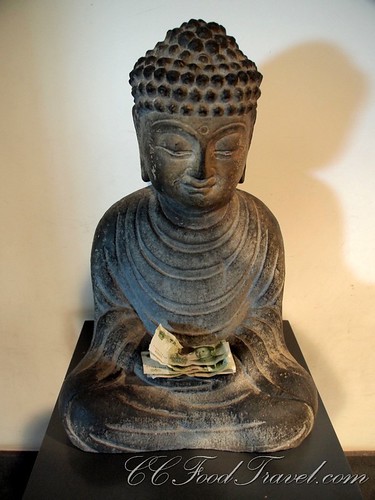 Don’t forget to tip the Buddha on your way out

The sons and daughters of the middle kingdom – Beijing, Qingdao .. a journey through modern China

If there was ever, a hidden gateway into Japan’s culinary culture, this might be it. Enter through the pearly white doors of Japanese dining….