Star gazing… Moon gazing… and dinner at the Moon Bar.

What an unusual name.

It kind of conjured up images of werewolves and things that go bump in the night, coming out to play.

But far from being creepy, we found that this latest gastro pub on the Plaza Damansara strip, served rather nice, unpretentious but sophisticated comfort food. 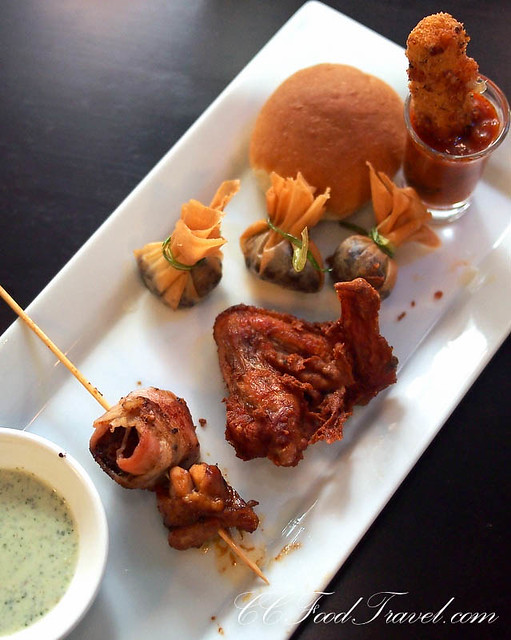 At the Moon Bar, one could not help but notice, a mostly Asian-inspired repertoire of dishes, and some of our all time, late night, hawker favorites being on the menu.There was also an emphasis on flavors redolent of smoke and fat such as chinese style roasted pork (siew yoke) wrapped in bacon, or fried hokkien mee with a healthy dose of crispy pork lard (chee yau char) as garnishing, or even Sri Lankan pork belly and mutton varuval, all featured prominently on the menu. 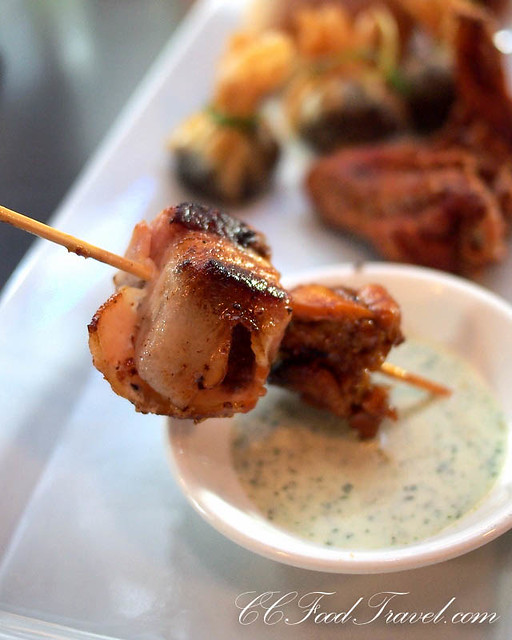 dipping my siew-yoke wrapped in crispy bacon (probably into the wrong sauce, but who cares), I’m clutching my sides, trying not to faint from pleasure;) It’s so good!

But while the cuisine flits across the globe (from burgers to noodles), almost one thing’s for sure here at the Moon bar, and that is pork is the highlight of dining at its restaurant – the pork dishes served are both delicious and stomach-achingly rich. If you want a place for a late night supper of Bakuteh, look no further. The garlic rice is also one of the tastiest in town. And if you like cocktails, don’t miss the Mojito, a real crowd pleaser. 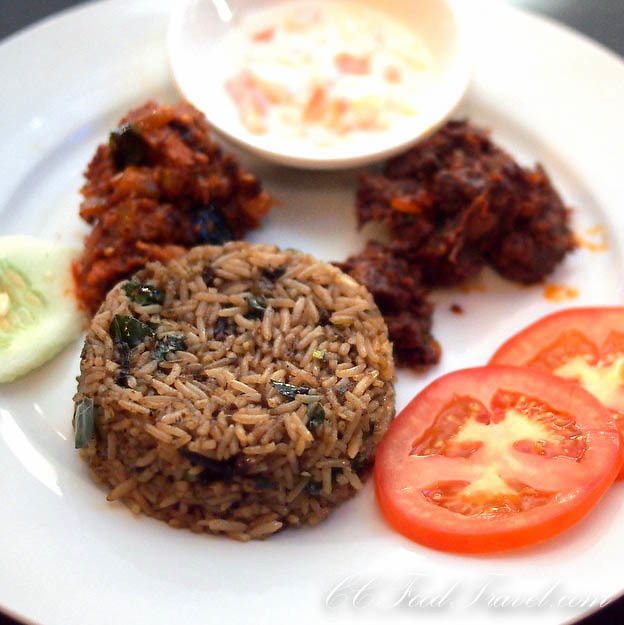 This dish of spicy sri lankan tamarind pork belly & mutton varuval on butter briyani was a real highlight for me. It was so spicy, I nearly passed out from the heat! But my dining companions loved it. The butter rice , while rich and fragrant, was completely booby-trapped with cloves – there were so many we had to pick some out, as it was over poweringly ‘clovey’, if you get what I mean. But honestly, the flavour was awesome. The Sri Lankan tamarind pork belly had a great fat to lean meat ratio, some bits were melt in your mouth tender, and some bits were chewy with cartilaginous fat. I loved it. 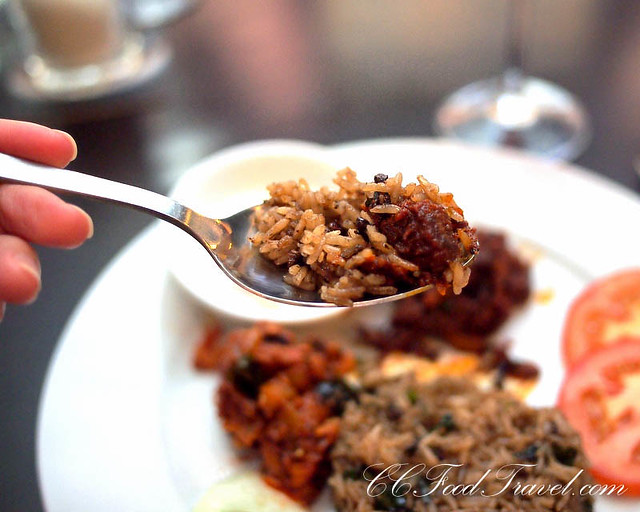 butter rice – check out the cloves!

The mutton varuval, which incidentally is my favourite sort of preparation for mutton, was probably pressure cooked mutton because it was so tender. It had some super duper fragrant flavors shining through such as curry leaves, cloves, cardamom, cinnamon, turmeric, coriander and cumin.. not to mention a super cathartic amount of cili powder. Best mutton varuval in a long time! 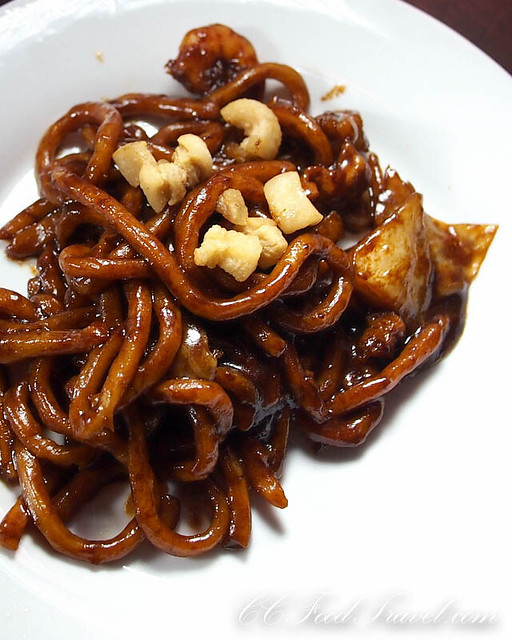 hungry for supper? you can order things like the hokkien mee or Moon Bakuteh.. and extra pork lard toppings

The flavour of Moon Bar’s Hokkien mee was just so-so for me. The noodles were nice enough and cooked al dente, and they were generous with the meat, but something was missing. I still think you need to take to the streets and back-alleys of KL for good fried Hokkien mee, the kind which they braise for ages, till it has imbibed its own fats, is still swimming in its own lard and has a killer ‘wok-hei’. The saving grace of Moon’s Hokkien mee, was the chee-yau-char. Light yellow, instead of a dark brown, these crispy pork lard bits were the icing on the Hokkien mee. Afterall, doesn’t good chee-yau-char just cover a multitude of sins? 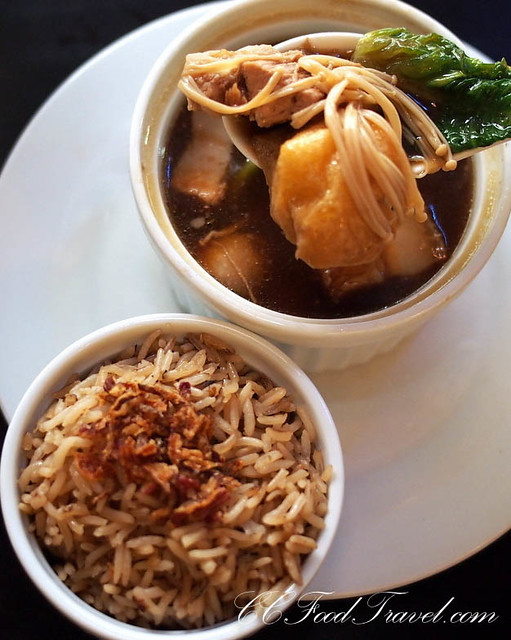 Loved the garlic rice that was served with the bakuteh. The long grain basmati is less starchy and really retains a nice crunch. 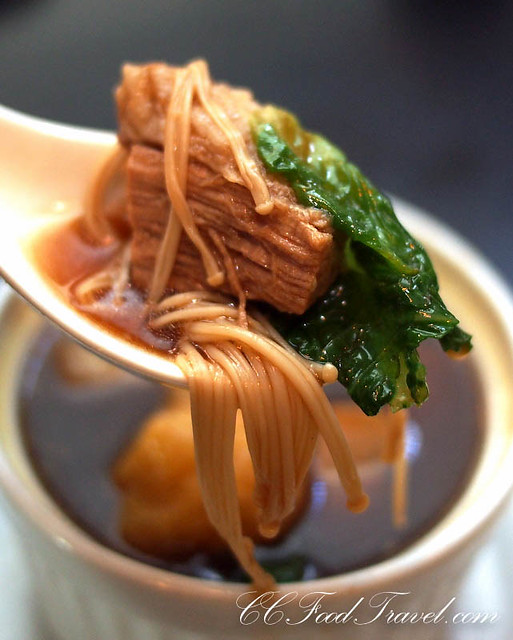 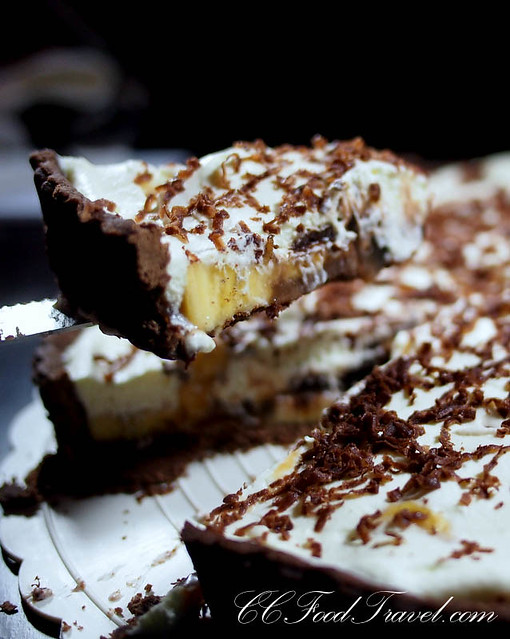 Dessert and it was time to indulge in one of Fatboybakes most awesome cakes. Not served at the Moon bar, unfortunately, but served by Mr. Fatboy, because he was present at the dinner. Such a generous soul, and baker. Baker with a big soul. 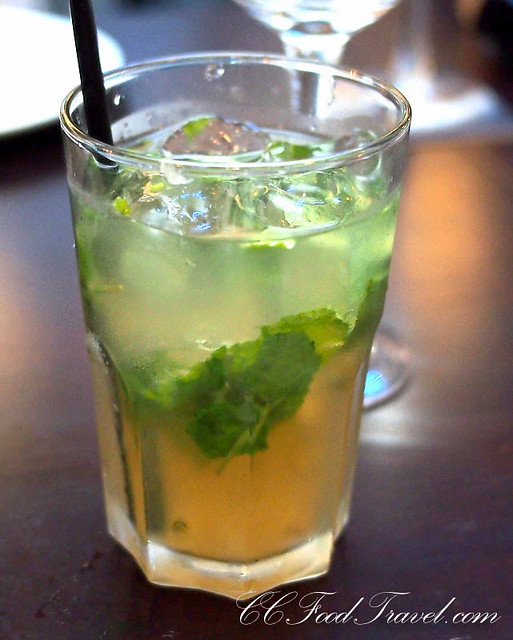 For our drinks we had the house favourite- the Mojito, as well as wines by Milawa – Luis Felipe Edwards pupilla Sauvignon blanc, Chile and Peter Lehmann Wildcard Reserva Shiraz, Australia. All good choices and paired well with the spicy, porky food. 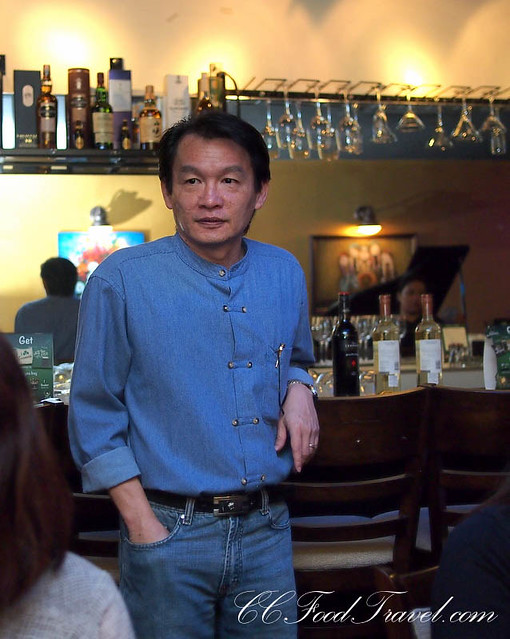 And so, while the Moon bar might not be the most aesthetically pleasing bar we’ve stepped into, it attracts a crowd that clearly appreciates a homey neighborhood pub that’s more substance than style. Some of the highlights of coming to the Moon Bar include a rather exciting line up of events such as a Guinness promo for the entire month of March. Ladies night are every Wednesday nights, Open mic nights are on Tuesday and Saturday evenings, Flim Noir evening runs every Thursday and if there’s ever a good reason to visit the bar on a Friday, David Gomez plays most Friday evenings as part of a Trio. Oh, and did I fail to mention, Beer buffets almost every night of the week and BBQ Sundays.. Phew! I think that’s everything now. For more information, you can call Moon Bar.

For more foodporn, check out our FB page;)