And so we went a hunting, on a.. Cloudy Bay Pinot & Duck Tasting Trail..!

Why on earth did they pick duck, and duck alone, to pair with the cloudy bay pinot, on this food trail?

That’s the question I asked them too, the minute I got the chance. 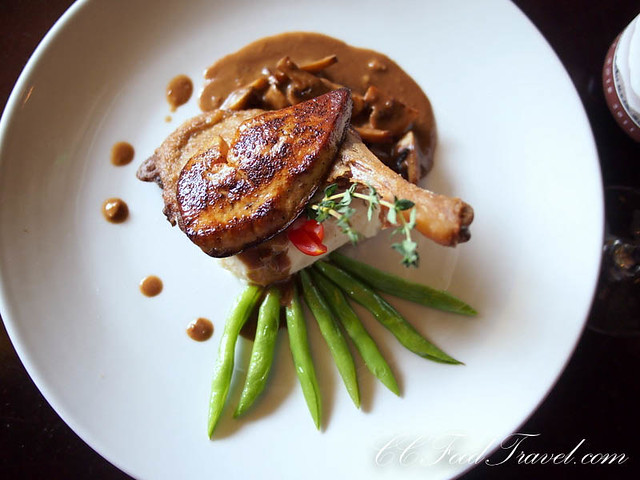 The answer was simple – the wine, which is an elegant and delicate red, would probably be overwhelmed by heavier red meats, such as the hearty steak (i.e. beef) so they picked duck instead, which was a safer choice. Hmmm, well I accepted their reason, for the moment, but decided to go on the duck trail first, before I decided if it worked for me.

So the famous New Zealand winery, Cloudy Bay had decided to partner with nine of KL’s restaurants, to organize a food and pairing food trial, serving specially created duck dishes paired with a glass of the Cloudy Bay Pinot Noir to showcase the special characters of its 2011 vintage.

Food and wine lovers would then be able to experience this food-wine pairing event, by following the Cloudy Bay Pinot & Duck tasting trail from one restaurant to the next. 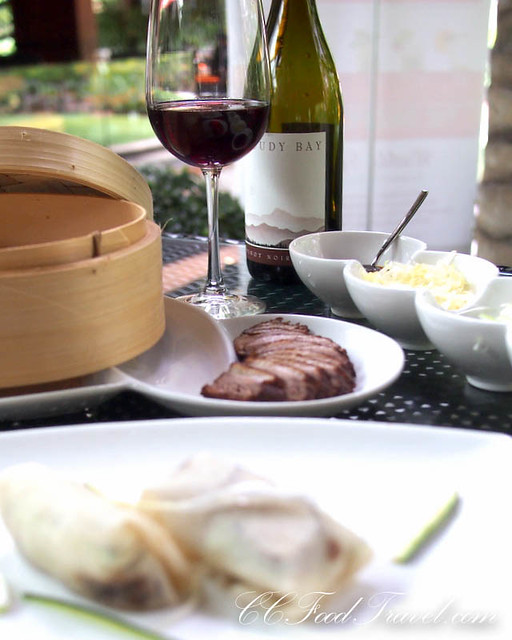 With 9 participating restaurant all together, and we only managed to cover 5, due to time and geographical constraints. You see, all 9 restaurants were located on difference sides of town, so, we were with the group that covered the Royal Flush in Ara Damansara, Las Carretas & Ribs by Vintry in Damansara Heights, WIP & Ril’s in Bangsar.

This is what we had on our amazing duck trail , and the good news is that this promo runs the month of April and May 2013 – details at the end of the post. 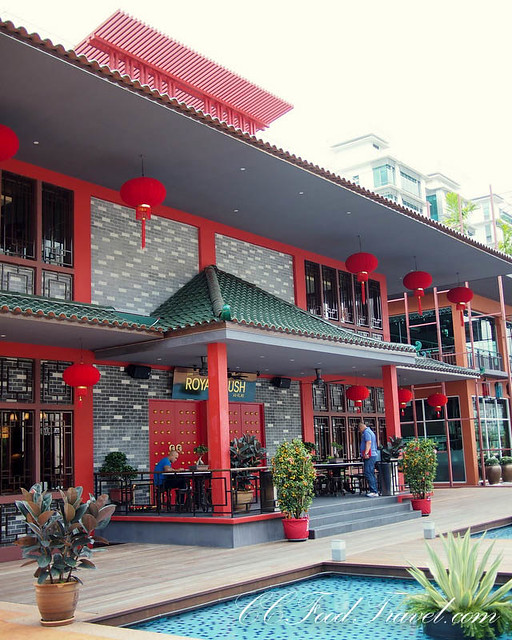 At the Royal Flush in Ara Damansara, we had the smoked duck salad wrapped in seaweed and egg roll and also a Crispy duck roll paired with a glass of Cloudy Bay Pinot Noir 2011, RM59.00++ Both versions of the duck were delicious and well made. I loved the pancakes (thick and firm) as well as the roast duck which was succulent and moist. This went beautifully with the pinot noir which had traces of raspberry & spice in each sip. The palate was juicy but balanced by fine tannins, and this went well with the fatty duck, easing away any traces of grease and leaving us with a well rounded palate with appealing length. 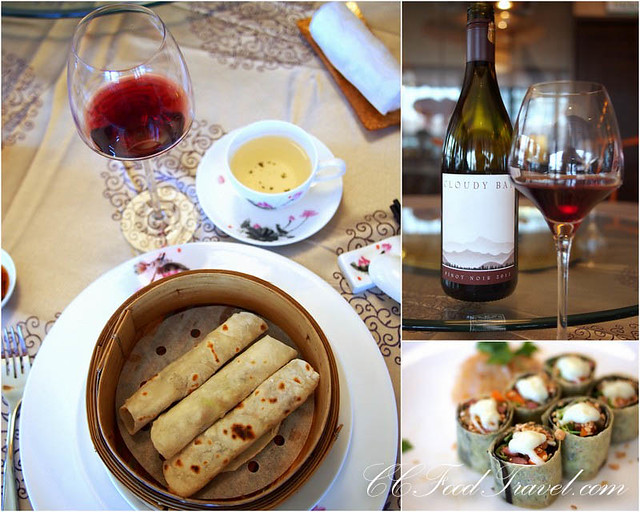 Then it was on to Las Carretas Mexican Restaurant in Damansara Heights. 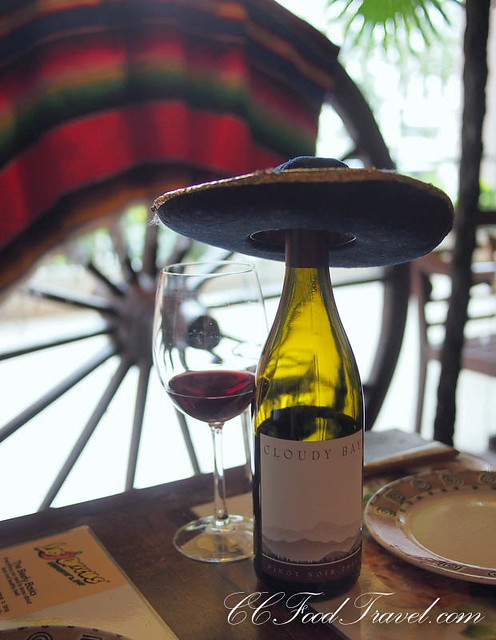 At this Mexican restaurant we were served a decadent Slice of Foie Gras on top of a Confit of Duck Leg with truffle perfumed mash & sautéed French beans on a wild mushroom sauce paired with a glass of Cloudy Bay Pinot Noir 2011, RM94.90++. I was pleasantly surprised to learn that Las Carretas serves not only mexican but also fine dining cuisine. This was brilliantly done and the foie gras was melt in your mouth delicious. A great duck confit as well. Totally paired with the fruit and earthy notes of the Pinot. Again the tannins sorted the fatty foie out, for sure. 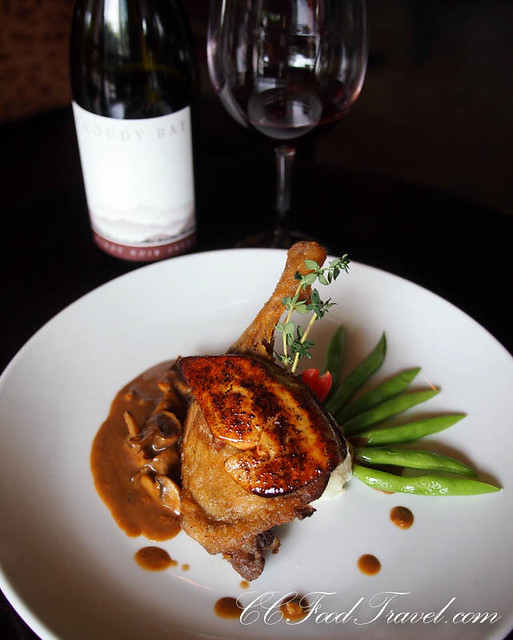 Apparently due to time constraints, we went to the one in Damansara Heights, but in reality, this offer is only available at the Subang Jaya outlet.

Then it was on to Ribs by Vintry for the best duck dish of the day. 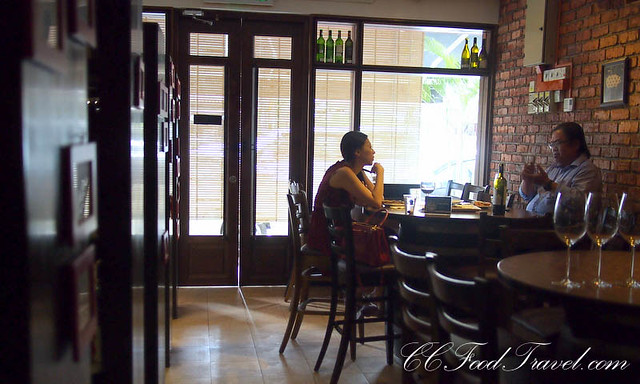 Ribs by Vintry won hands down, on our duck trail, we unanimously agreed. A rather creative, twice cooked lemongrass, blue ginger and turmeric duck with soy marinated roasted aubergine paired with a glass of Cloudy Bay Pinot Noir 2011, RM75.00++ was just too good for words! 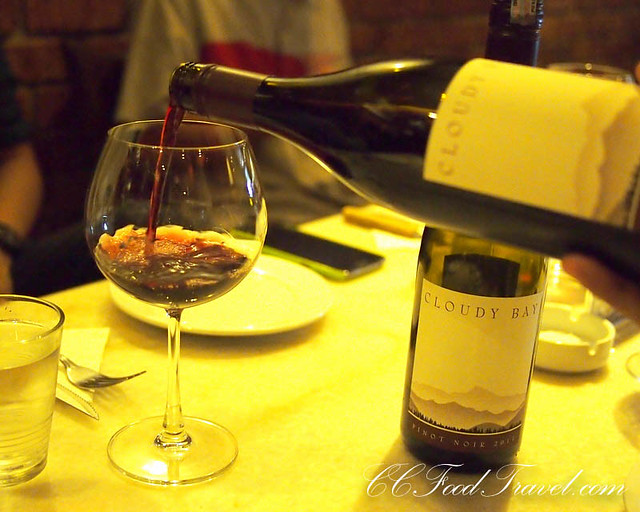 The chef had it pegged and the dish really deserved 3 stars for great execution and taste. This was the highlight for me, and the trail could have ended here, and I would not have complained. 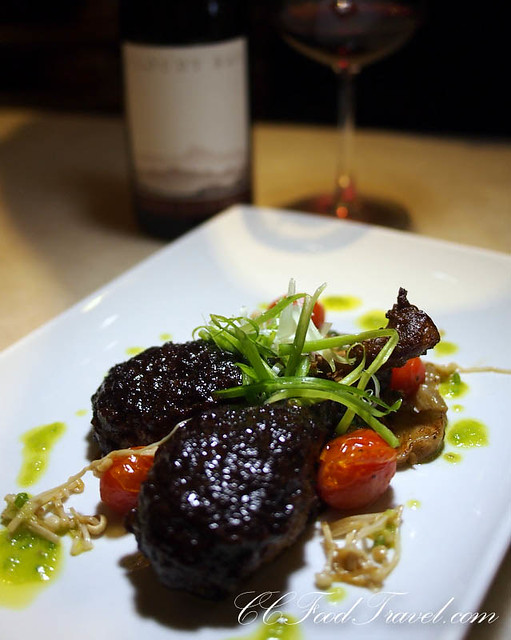 Then it was onward go, to WIP in Bangsar Shopping Center for the Xiang Su Duck. 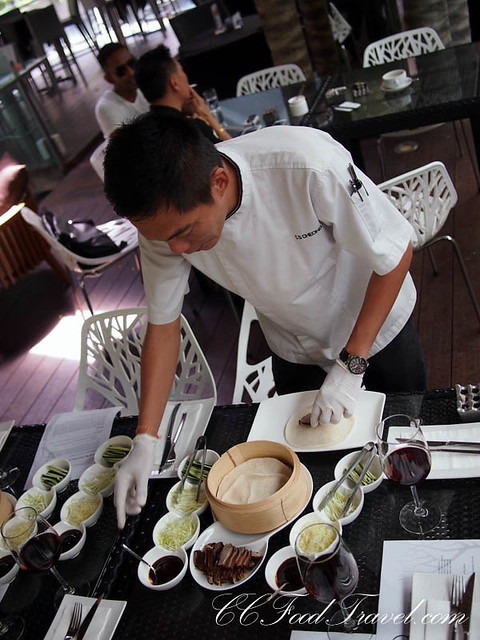 We had pretty high hopes for the Xiang Su Duck at WIP in Bangsar Shopping Center. This was basically thinly sliced duck breast served with julienned cucumber, celery, spring onion and hoisin sauce and a basket of Popiah skins paired with a glass of Cloudy Bay Pinot Noir 2011, RM58.00++. As it turned out, I didn’t really like the duck because it was dry and tough. The Chef said it was meant to be like this, but I’m thinking I’d much rather eat moist duck! 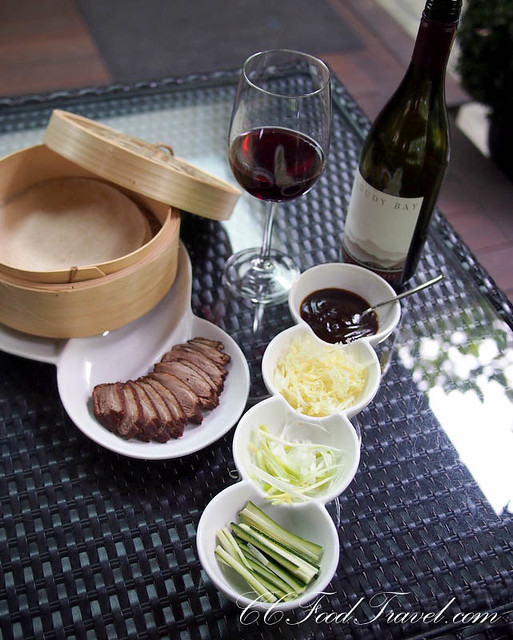 Then it was the grand conclusion and finale at Ril’s Bangsar for a pretty impressive duck dish to end the day. 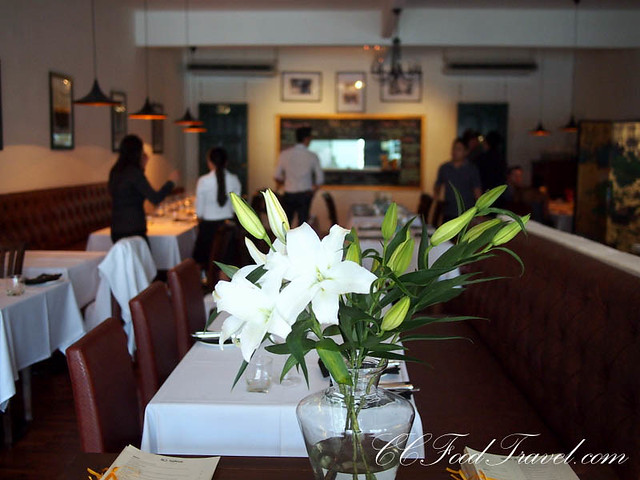 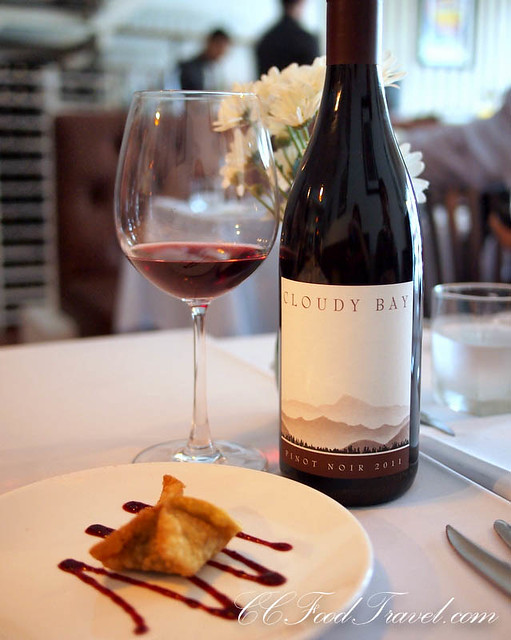 A lovely crispy flaky wantan that retained its crunchiness despite photography and a succulent foie gras center, was just the best way to end the day. It was served with a rather ingeniously made, Wolfberry compote, that added some asian elements to it. (Wolfberry or Gojiberry is “kei-chee” – that chinese herb, that looks like a red seed, that folks use to make cantonese soups). The crispy slow cooked duck leg was well seasoned and retained it succulence and moist center, despite a crispy outer layer. The ducktrail could not have ended on a higher note. 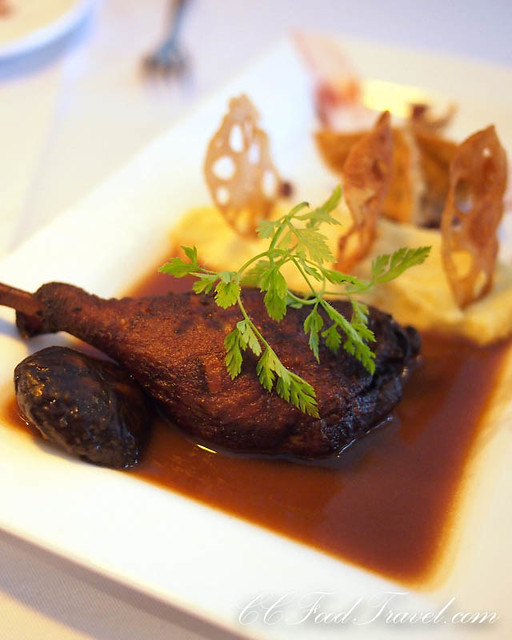 Ah yes, it was certainly a well thought out, Cloudy Bay Pinot & Duck trail.. if I wasn’t a believer before, I was now!

Other participating outlets for this great promo, that carries on throughout April & May, include :

How about some FB love? 😀

The invite was clear. We had to show up at Westin, for the Kaesler Winermaker’s dinner. Right, so I know Westin, but who the…