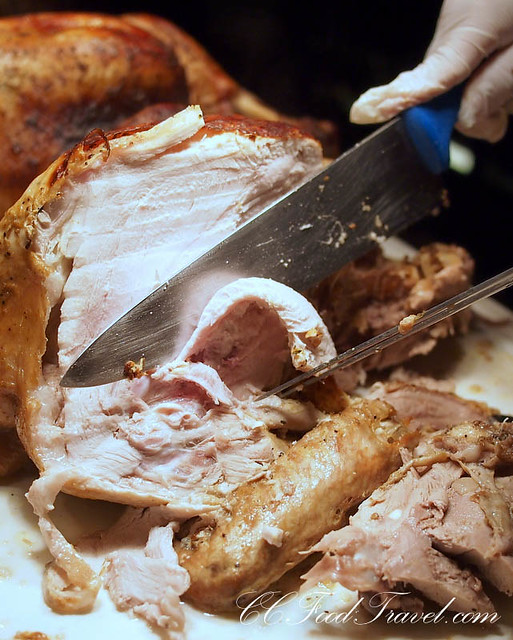 Thanksgiving Day is traditionally a day for families and friends to get together for a special meal. The meal often includes a turkey, stuffing, potatoes, cranberry sauce, gravy, pumpkin pie, and vegetables. Thanksgiving at the Ritz Carlton is a snazzy affair. The spread is incredible and we are happy we got the chance to celebrate this day with friends and loved ones! 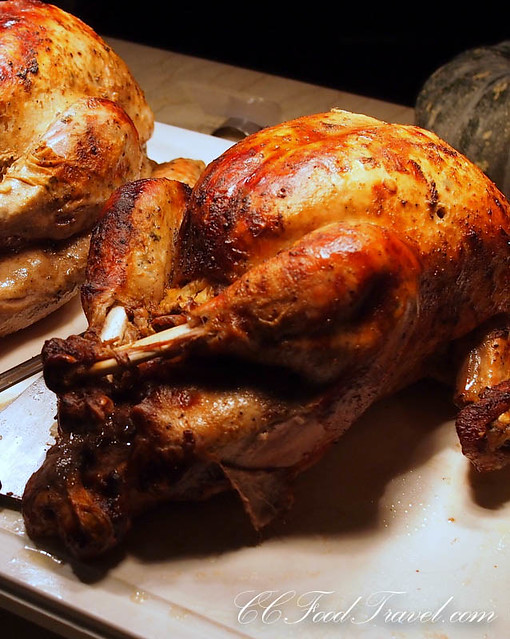 not one, but several thanksgiving turkeys!

I just learned from a Chef friend that the wild turkey (Meleagris gallopa) is native to North America and was a staple in the Native American diet. It was imported to Europe in the early part of the 16th century by the Spaniards via Turkey (the country!) It was confused in those early times with the Guinea fowl which also arrived via Turkey, and both birds were called turkeys in those days. When it was assigned its latin name in the 18th century, the name turkey still stuck!

Turkey is most associated with Thanksgiving and Christmas, and today, turkey has been recognized as a lean substitute for red meat. Growing up as a kid, I remember that my sister and I would jostle for the wishbone from the breast of the turkey to make a wish 😛 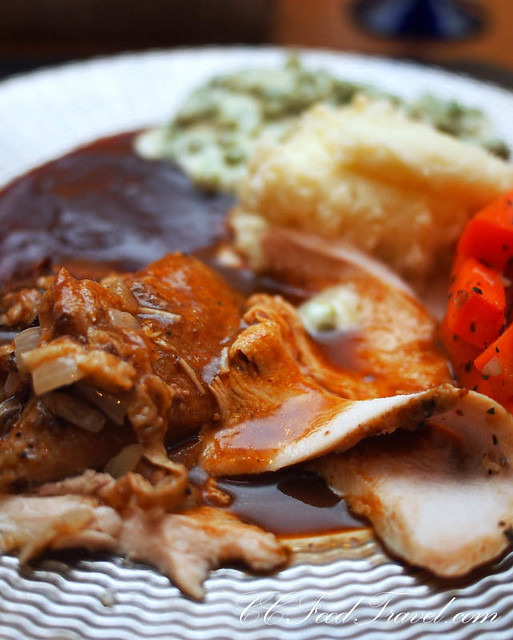 I read somewhere, that a juicy, perfectly cooked turkey is difficult for the novice cook to achieve is the biggest myth of all time.. There is nothing to fear, but the fear of dry turkey itself..

Well, I’m just thankful that at Cesar at the Ritz-carlton, the turkey turned out super moist and succulent. Roasted in all the right parts, yet tender and perfectly white, in others. I went for half leg, and half breast meat each time, so that I had the best of both worlds. The stuffing was superb as well, along with some bloody addictive truffle mash and buttery peas. So, with these guys around, I don’t really need to disprove the myth now, do I? 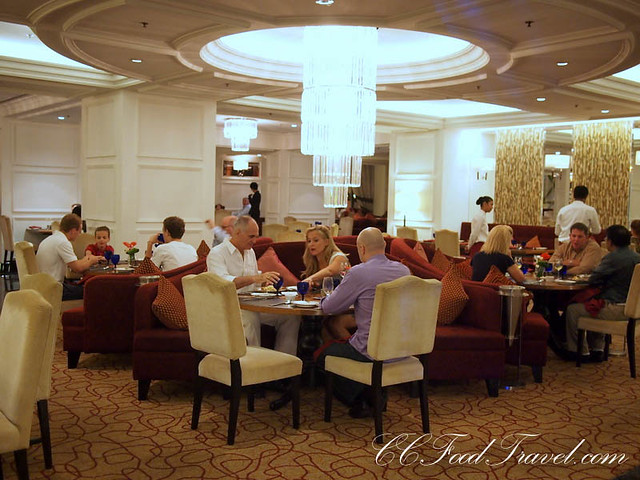 the elegant yet comfy Cesar, at the Ritz 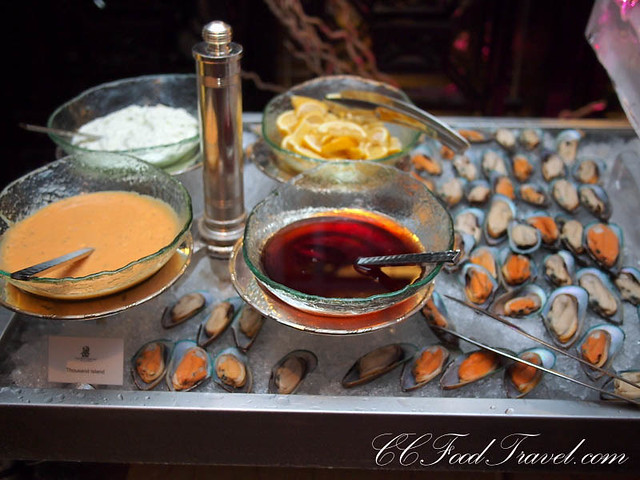 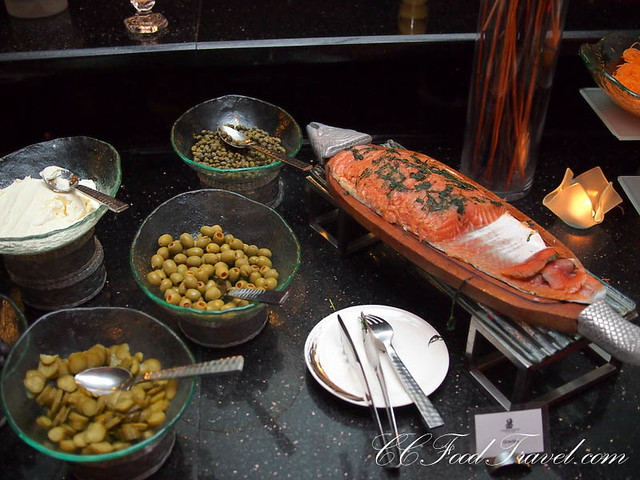 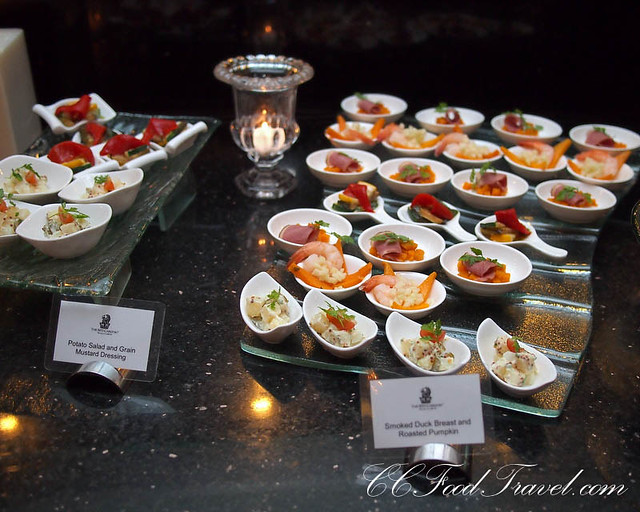 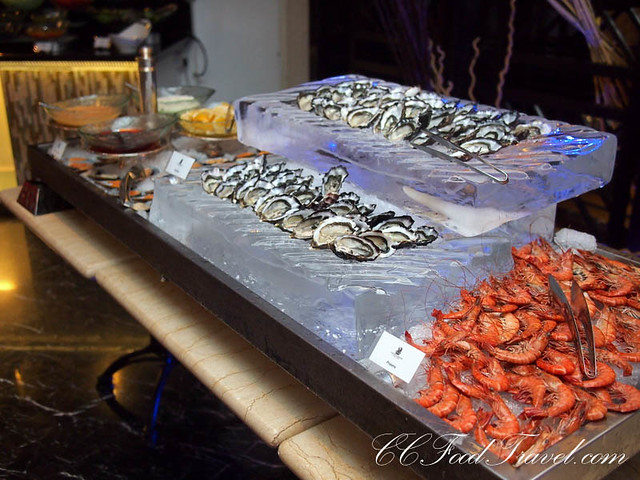 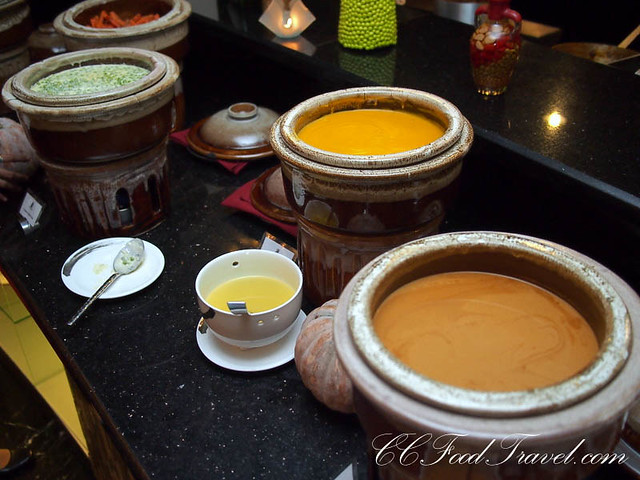 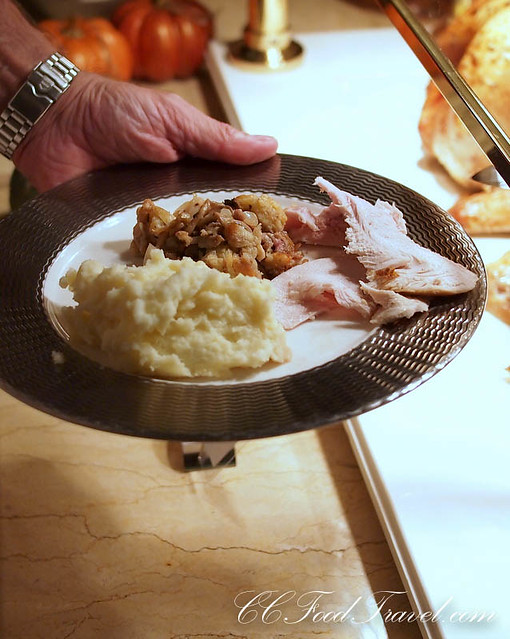 one helping is never enough! 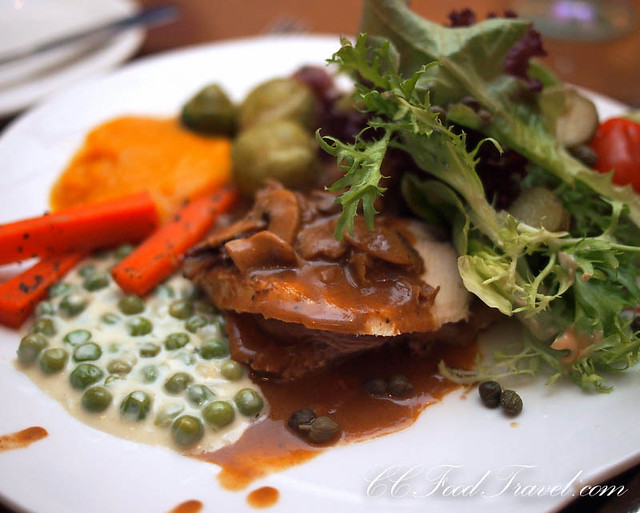 different folks, liked their turkey served with different sides! We were really getting creative with our food! 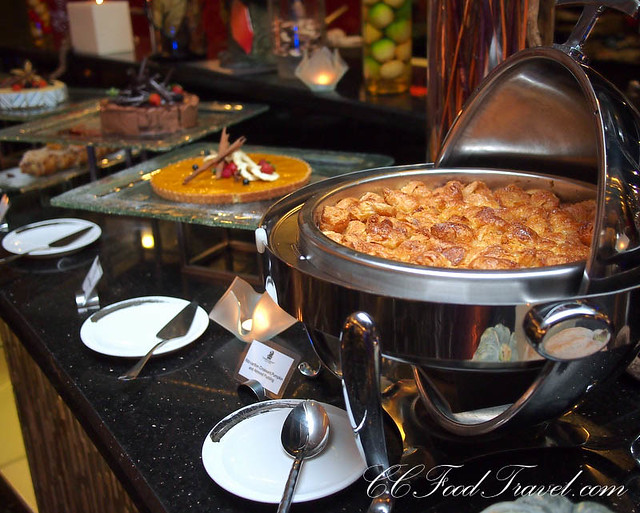 Where have all the dancers gone.. ? The dark, murky atmosphere, illuminated only by incandescently lit modern art, seemed ripe for evening drinks and…