When we read via one FB update that Chef Lino Sauro would be making an appearance in Kuala Lumpur in September, at Garibaldi Italian Restaurant & Bar, we really wanted to meet him. We’d heard so many good things about Gattopardo in Singapore, that we had high hopes for his wine food pairing dinner at Garibaldi. 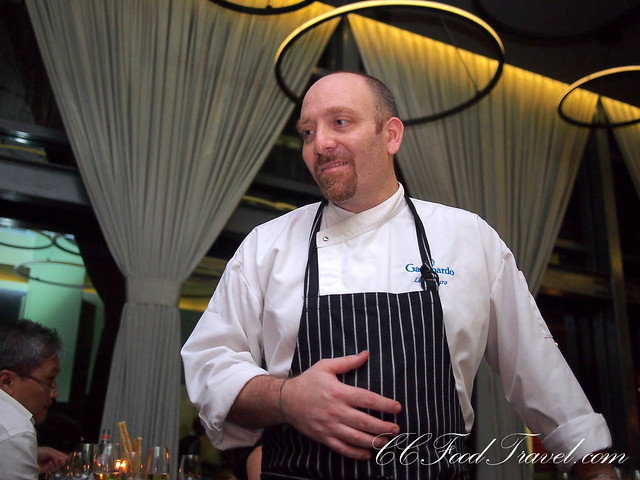 Lino Sauro is a renowned Sicilian Chef who now runs his own restaurant, Gattopardo, in Singapore- where he specializes in Mediterranean Cuisine but funnily enough, he was not always into cooking. In fact, you wouldn’t be exaggerating if you said that Lino spent a good 10 years of his life disliking being in the kitchen! Born in Sicily (South of Italy), young Lino started cooking at the age of 15. The only reason he cooked as to get himself out of the house and enable him to do what he loved best – travelling. 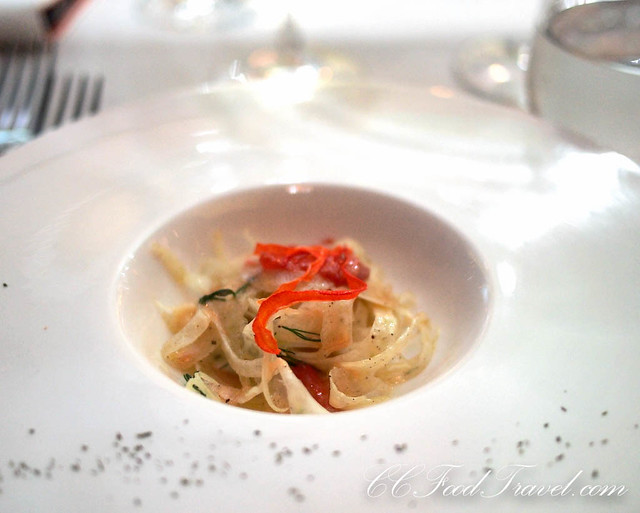 Lino, born in Gangi, a tiny mountain village of South Italy, still proudly calls himself a ‘traditional village boy’. His pride in his cultural and family roots is undeniable as Chef Lino explains how his love for fresh and unprocessed food came about – “Having a farmer as a father means you eat what you grow on your own backyard. We have to help out at the farm and we do not go to the supermarkets or eat out at restaurants often- we are skeptical of all kinds of processed or out-of-season ingredients”. 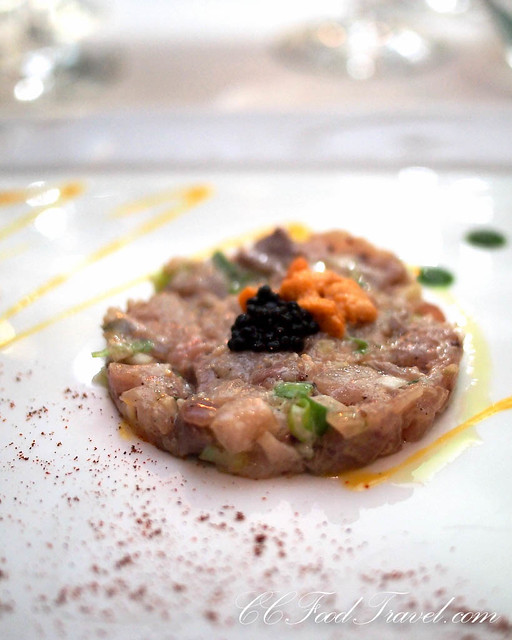 His work subsequently brought him all around the world where he had the opportunity to work with top chefs – some of whom were awarded the sought-after Michelin-star. It was during this time that Chef Lino meet with and exchange pointers with fellow chefs. This is why Chef Lino likes to call himself a “self-taught” chef.

After years of travelling and gaining insights, Lino Sauro settled in Singapore, starting his career as the Resident Chef of DOMVS in Sheraton Tower. Then a collaboration with the esteemed Garibaldi Group saw Chef Lino unveil Gattopardo, Hotel Fort Canning. Having the opportunity to helm his own restaurant, Chef Lino soon made a name for himself in authentic South Italian and Mediterranean cuisine.

Just last month (and only for one night in KL), we were lucky enough to have had the opportunity to sample Chef Lino’s fine cooking, as he showcased his culinary skills at Garibaldi Restaurant & Bar, Bangsar Village, Bangsar. He put together the very best of South-Italian cuisine from his special seafood theme at this dinner. 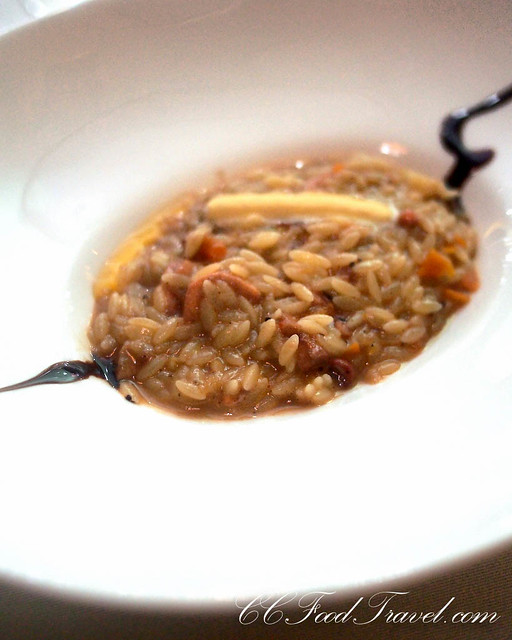 Risone (pronounced ree-soh-nee) looks like large grains of rice but is actually a type of pasta. It’s also known as risi, which is italian for rice, or pasta a riso, and is sometimes referred to as orzo, although this tends to be slightly larger. Like most dried pasta, risoni is made from a mixture of durum flour, semolina and water, which is kneaded into a dough before being rolled flat and shaped. The result is a creamy coloured, oval-shaped pasta with distinctive pointed ends and is amazingly smooth and creamy once you cook it right.

This risone braised with octopus and bone marrow was unctuous, decadent and paired fabulously with the La Segreta Rosso – Ruby red with explosions of fresh fruit on the nose, balanced by a zesty spiciness. Soft tannins and a nice acidity helped to reduce the richness of the seafood risone. 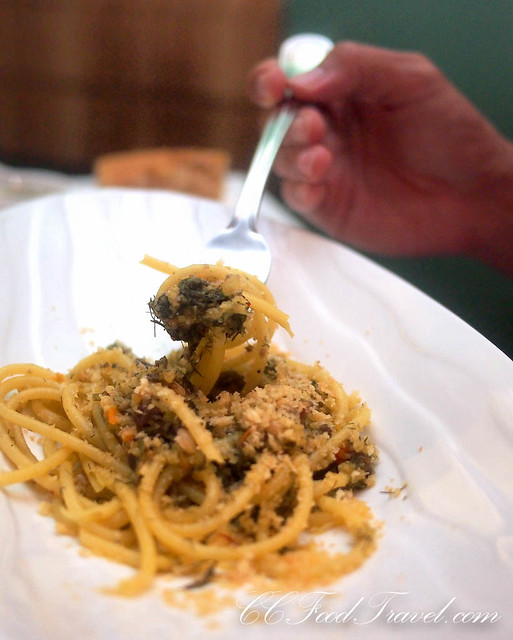 The Semolina ”Holey Spaghetti” with Fresh Sardines was named as such as the pasta was indeed holey (picture pipes of long stranded pasta). And since the menu is Sicilian-inspired, with seafood flown in from the Mediterranean and Japan, you should not expect anything as mudane as your usual spaghetti bolognaise anyway.

Instead, the Semolina “Holey Spaghetti” cooked al dente was an amazingly outstanding dish, with subtle flavours of fresh sardines, wild fennel, saffron and pine nuts adding texture to the experience. The surprise is definitely the crunch that comes with every mouthful! 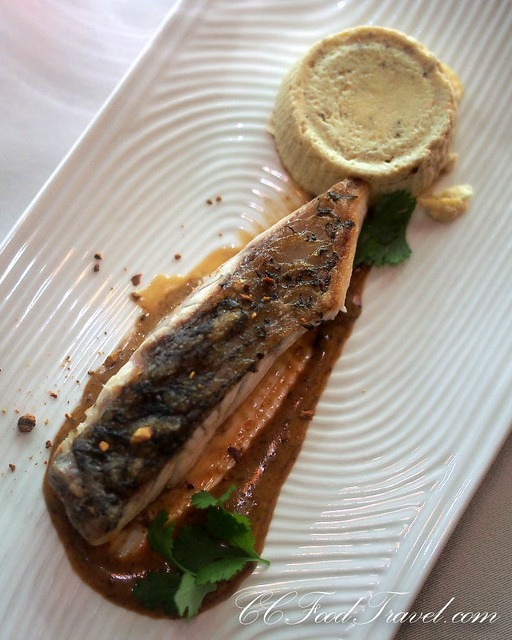 A well cooked Sea Bass Filet, but the highlight of this dish for me, was the Cauliflower flan. This savory flan was light, fluffy and infused with a fabulous cauliflower aroma which so distractingly intoxicating, it almost stole the limelight!

Paired with the Donnafugata, La Fuga Chardonnay which had fruity notes of apple and also minerals, the sweetness of the sea bass was enhanced in the mouth. This was a well balanced and full bodied wine – one which I could easily drink on its own as well. 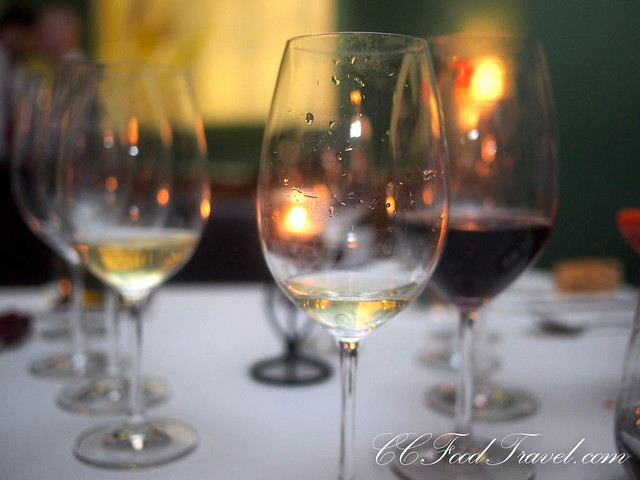 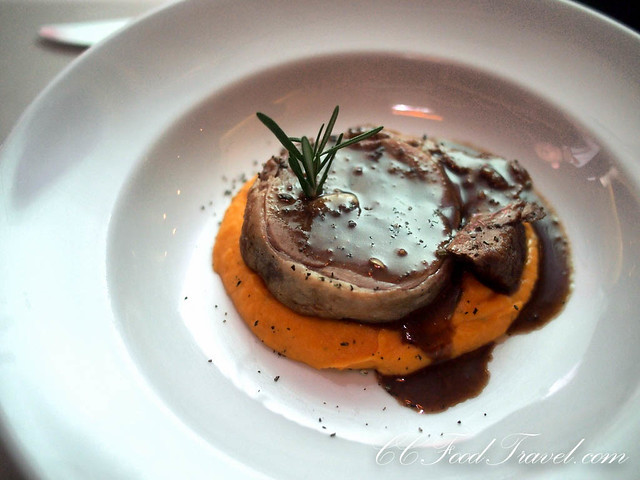 Braised in a slow cooker, this lamb shoulder were falling-off-the-bone tender. Serve with a buttery sweet potato puree to soak up the flavorful sauce, this was a thoroughly memorable dish. This rich meat dish was paired to perfection with the elegant Tancredi, Nero D’avola Carbernet Sauvignon which was tannic, with soft tones of cherry, vanilla and exotic spice. Its broad and enveloping structure was perfect for cutting through the richness of the red meat. 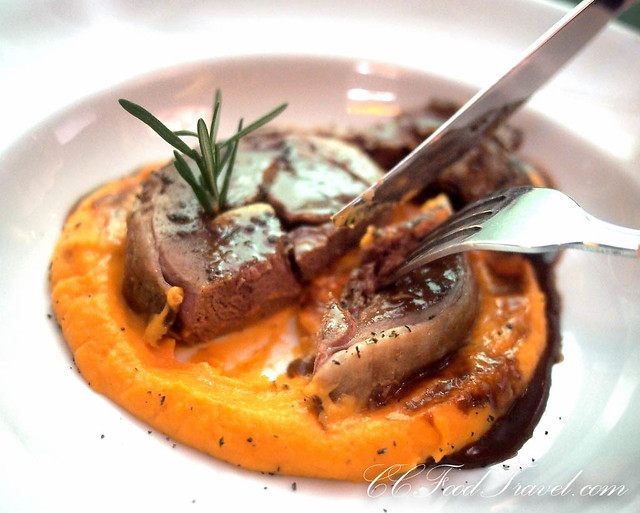 so tender it melts in your mouth.. the sweet potato puree is heavenly! 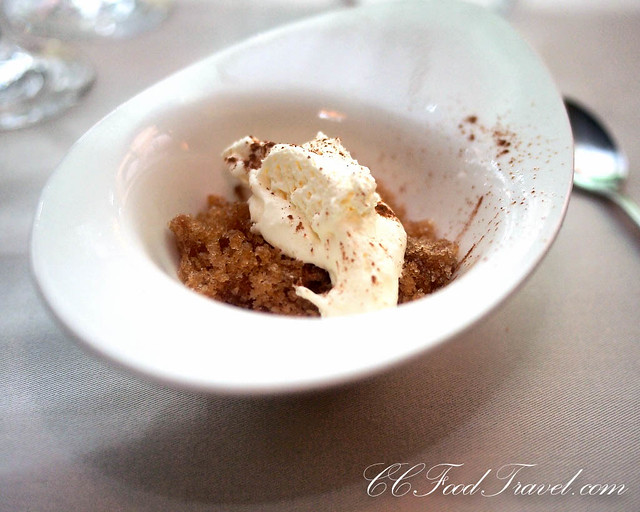 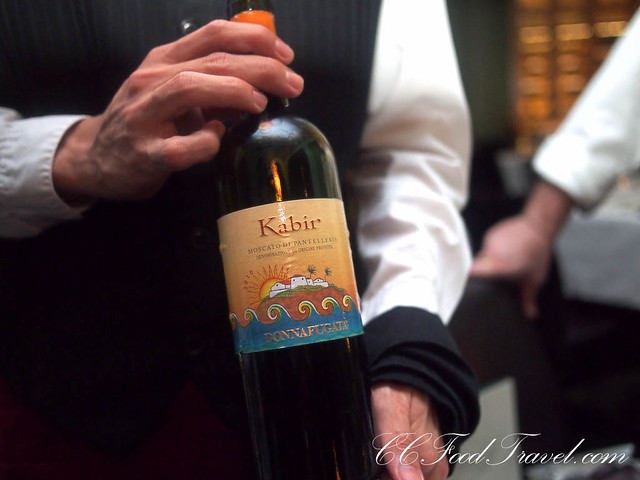 desserts were paired with the aromatic Donnafugata, Moscato Di Pantelleria 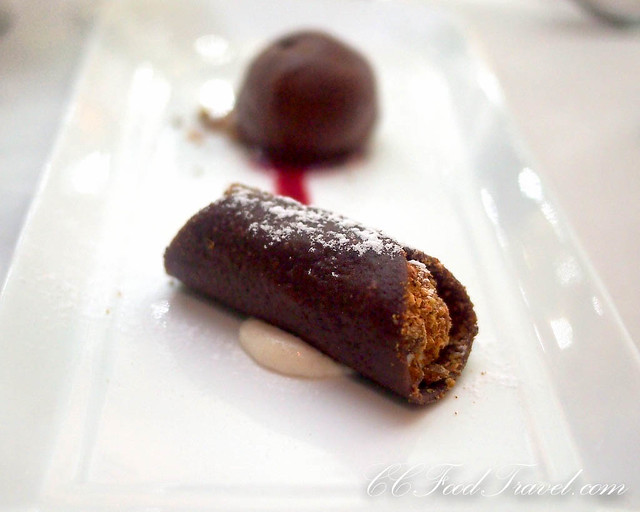 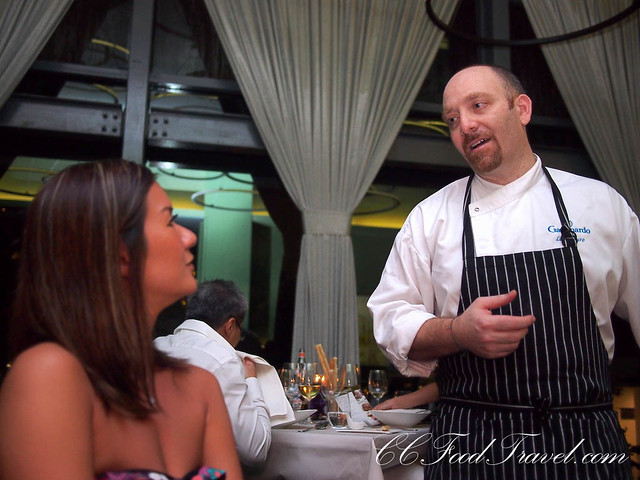 We had never had Sicilian wines paired with such care or accuracy in a meal before. The wines enhanced flavours in the more subtle dishes and tempered the strong aromas in the more robust tasting dishes. It was as if we were at the orchestra and the conductor had perfectly unified the performers with the audience, and really paid attention to the critical details, and understood what harmony in flavours was all about. Chef Lino’s food that night was precise, detailed, supremely delicious and paired with some equally classy wines.

It was one of the best wine-food pairing meals I’ve had in 2012. I think the year is going to close with a bang, if it hasn’t already.

The Menu was priced at RM250++ without wine pairing/ RM350++ with wine pairing per person. It was a remarkable meal with Chef Lino Sauro.. and it was only for one night!

Ah… While on holiday, discovering Europe, through Edible Italy is really my kind of holiday… Travellers to Italy are never short of things to…