On a nondescript block of buildings selling mainly spices, foreign goods, handphones and electronic accessories, the narrow stairwell up to Eaindra restaurant is easy to overlook.

However, ask any of the Myanmarese who loiter on Jalan Silang, Little Burma, and they will point you in the right direction. And for those who make it through the door, and up the flight of stairs to the first floor, they will be rewarded with some pretty decent Burmese food.

Burmese biryani is also known as “Danbauk” in Burma. At Eaindra Restaurant, the Burmese biryani is cooked together with chicken thigh, bone and all, inside a huge metal barrel. This is supposed to retain the flavors of the meat and make it more moist. Traditionally Burmese biryani is served with a salad of sliced onion and cucumber. 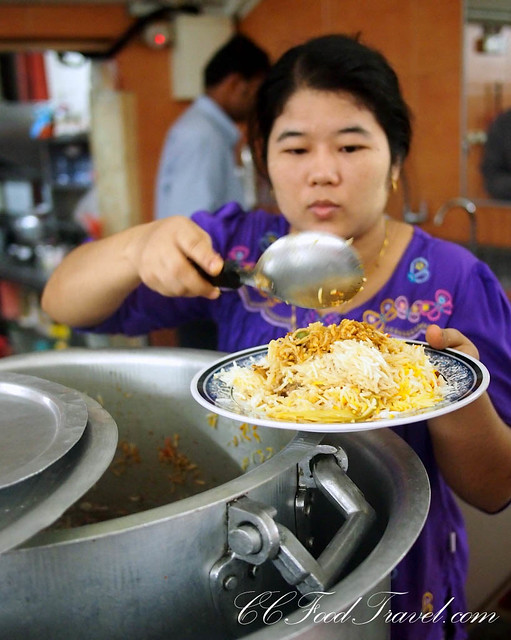 Up a flight of stairs we climb. We enter a large room filled with Burmese folks about to dig into lunch. They look at us and we look back. We might be the only Chinese in the room at the moment. No matter, they are actually rather friendly and look on indulgently as I whip out my camera and start taking pictures. We walk up to the back of the restaurant, and decide we want what everyone else is eating. Briyani rice. A rather pint sized Burmese lady scoops a generous amount of Biryani from a massive stainless steal barrel onto a plate, and with a pair of tongs, she fishes out the largest piece of chicken from the depths of the container, and places on top of the rice. It has all been cooked together for ages and smells fantastic. 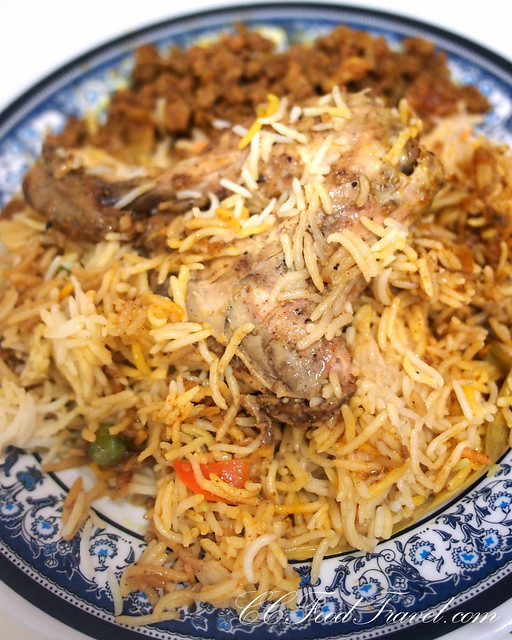 Looking at the rice, I noticed that the grains were the longest I had seen in a long time and were perfectly fluffy. The unevenly distributed colour of the rice is common for Burmese-style of biryani. Explosions of spice, and meat wrapped in a nice carbo cushion meant that I was knocking at the door of briyani nirvana. The all essential ghee was super addictive and I felt flavors of nutmeg, mace, pepper, cloves, cardamom, cinnamon, bay leaves, coriander, mint leaves, ginger, onions, and garlic assault my tastebuds all at once. I confess that I also greedily ladled a huge serving of korma curry, onto my rice, and some Burmese minced mutton on the side for good measure. 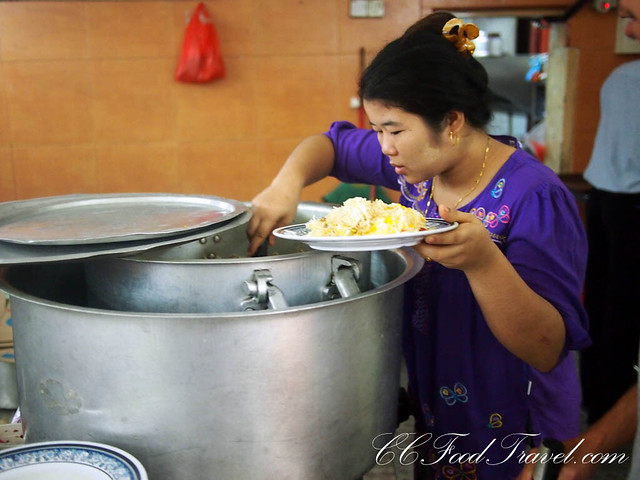 Almost standing on tiptoes, the lady digs deep for a nice chunk of tender chicken 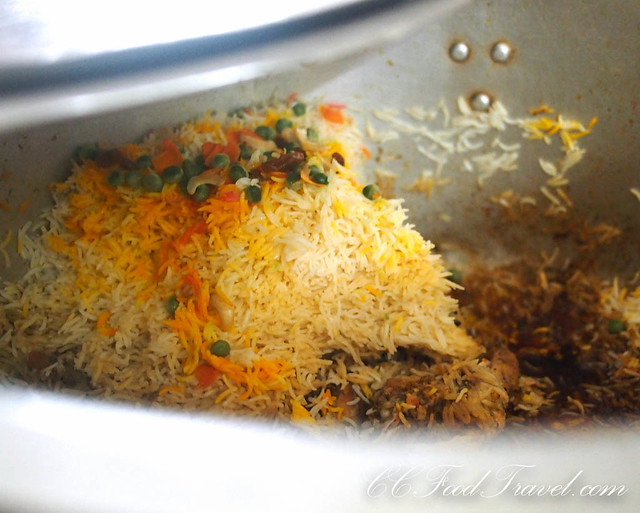 fragrant, fluffy and unevenly distributed colour of the briyani rice 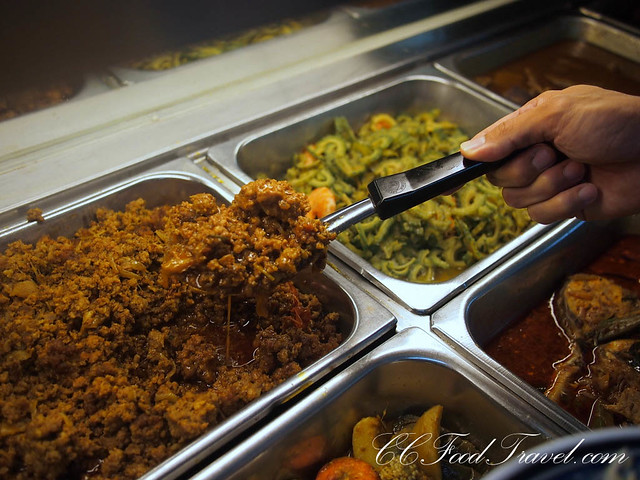 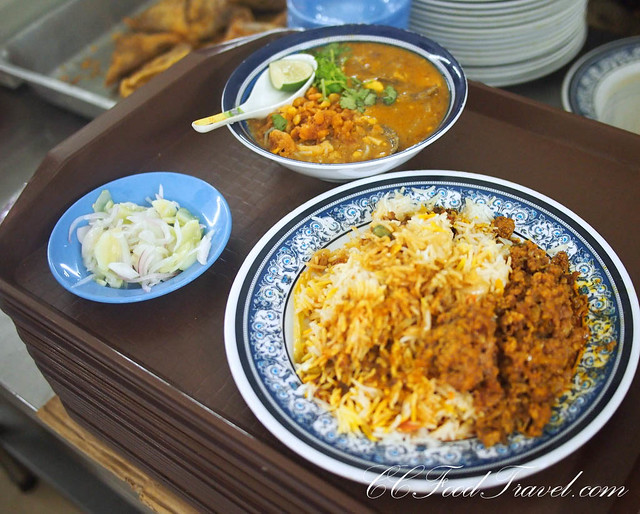 Hearty and delicious, I found that Eaindra’s basmati rice was fragrant, with the perfect texture. Cumi found it a little too soft, but I liked it. What seemed like a mountain of rice, was reduced to just chicken bones within minutes. We also dug into a modest bowl of Mohinga. This is another one of my favorite Myanmarese dishes. We found the sauce had been thickened with a lot of nuts and chickpeas. Tasty as hell, but slightly too salty – just like how it is served in Myanmar. I guess that at Eaindra, they like to make the food as authentic as possible. 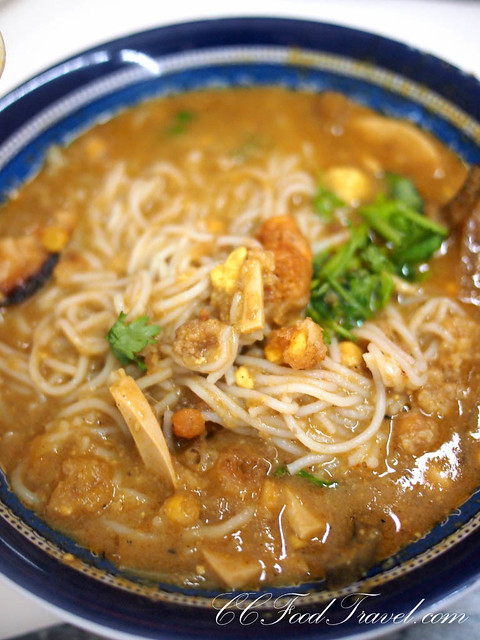 Then it was time for some Halwa. A rice cake pudding, this dessert is boarding on flavorless but just sweet. It definitely had ghee in it. Pretty OK but not the best thing we’ve eaten here. 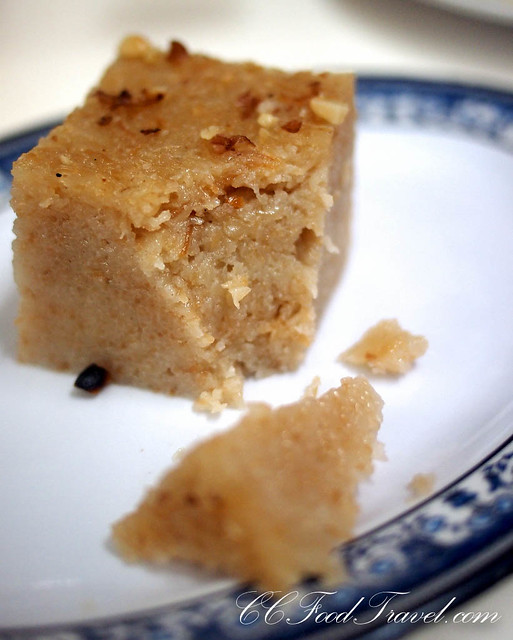 Halwa.. we pass on this next time;) 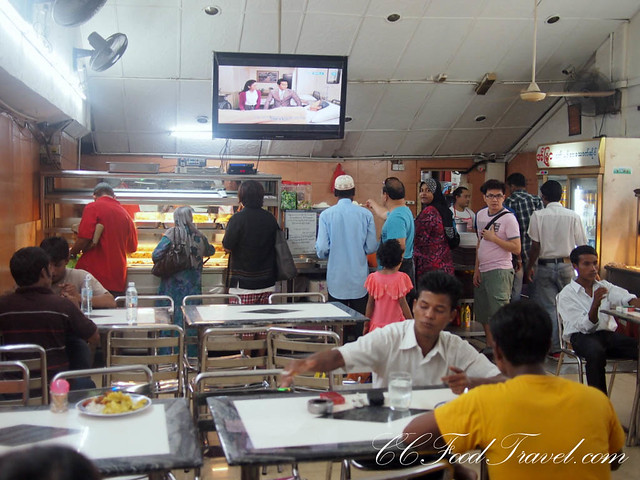 the ever so crowded Eaindra. Food is halal so it’s inviting to all. 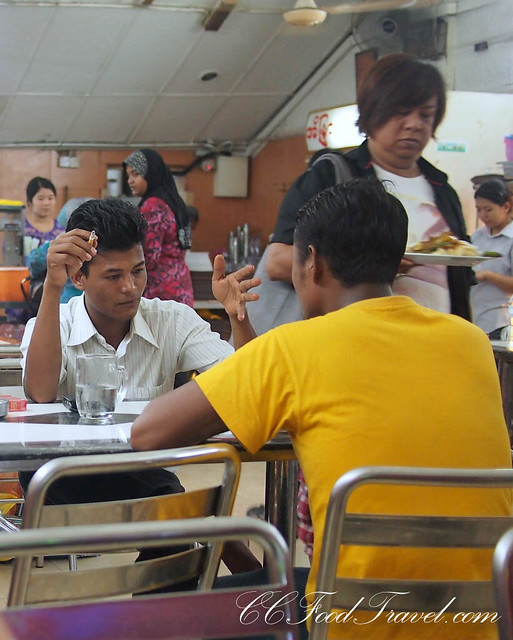 discussing the meaning to life, over tea and a fag 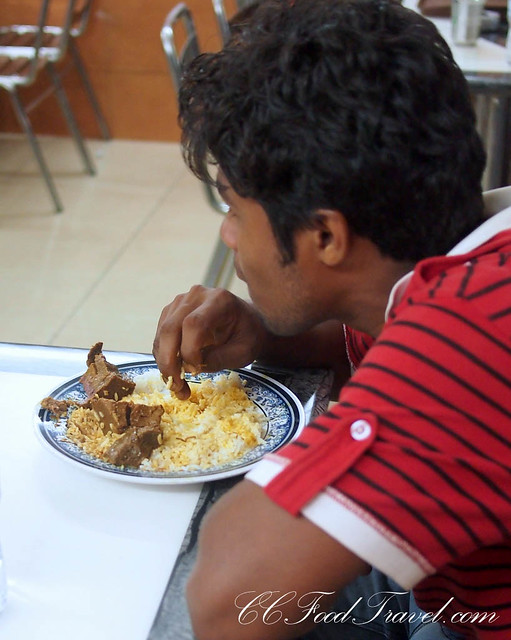 because it tastes better this way;) 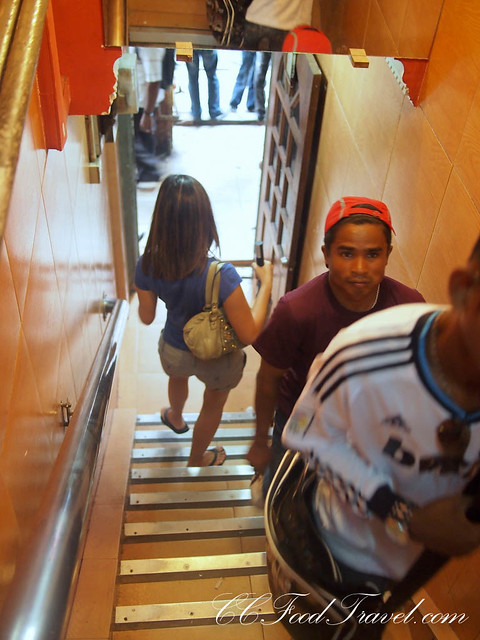 climbing the stairway, to (Eaindra) heaven.. 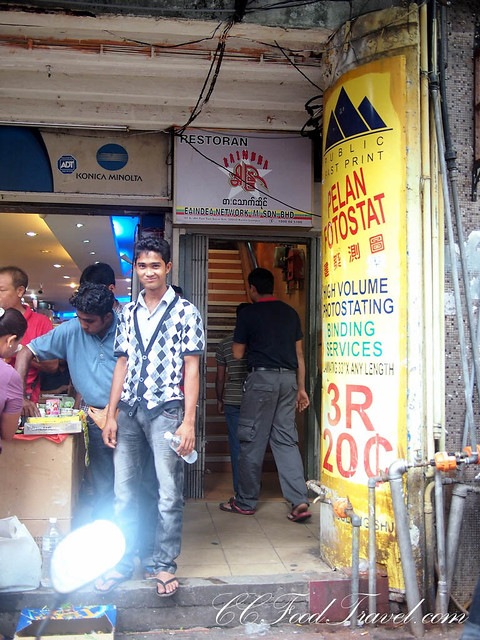 Yes that’s right.. Jalan Silang in Kuala Lumpur might look like any other busy street yet, among the electrical goods shops and grocery stores there are tons of hidden gems to pick from – restaurants on the 1st and 2nd floor of the shop lots that cater to the people of Myanmar, Nepal, Bangladesh and many other migrant workers. This area is not dubbed Little Burma for nothing. One of our favourite Nepalese Restaurants is located here too. Jalan Silang is also home to a famous chinese beef ball noodle shop that has been around for yonks. It really is worth checking out if you can stomach the massive number of human bodies in the heat and in close proximity. There’s always a sense of adventure eating here, and that is why, me and Cumi love this place so much. We will never tire of it.

Gong Xi Fa Chai and welcome to the year of the Rabbit! Occupying the 4th position in the Chinese Zodiac, the Rabbit symbolizes such…