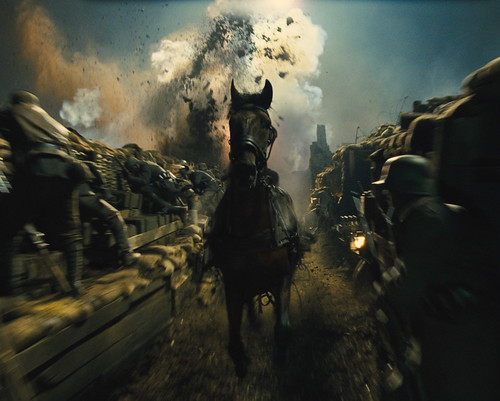 The Plot: According to the synopsis given, War Horse is a tale of loyalty, hope and tenacity set against a sweeping canvas of rural England and Europe during the First World War. It is directed by Steven Spielberg. War Horse begins with the remarkable friendship between a horse named Joey and a young Devon boy called Albert, who tames and trains him. When they are forcefully parted, the film follows the extraordinary journey of the horse as he moves through the war, changing and inspiring the lives of all those he meets—British cavalry, German soldiers, and a French farmer and his granddaughter—before the story reaches its emotional climax in the heart of No Man’s Land. Is it a decent movie to watch?

What We Thought: This film will be nominated for 6 categories at the 84th Academy Awards including Best Picture, Best Sound Mixing, Best Sound Editing, Best Art Direction, Best Cinematography, and Best Original Score which prompted me to catch the preview recently and it would probably be the same reasons why you would watch it. Heck, it’s helmed by Spielberg and his regular collaborators, Janusz Kamiński, Michael Kahn, and John Williams. All of whom, with their individual talents, have achieved great fame and wowed audiences worldwide translating screenplays to moving images and captivating music. Many of us have grown up watching Spielberg movies. War Horse was adapted from a famous novel of the same name written in 1982 by Michael Morpurgo which was successfully adapted to the stage as well. With such experienced hands behind the War Horse production, I walked out of the screening feeling rather empty and disappointed. While I’ve never read the book nor watched the stage production, I had expected an entertaining interpretation from the Spielberg team to deliver beautiful sceneries, rouse up great performances from actors, and a grandeur music score that would envelope me in its magic for 146 minutes. Instead for the first hour, I found my interest lingering away and sinking into boredom. My lapse of concentration had me twiddling my thumbs while waiting for something more intriguing to happen. The second hour, while it picked up a notch, failed to bring me to the entertainment level I would have expected from a Spielberg production. 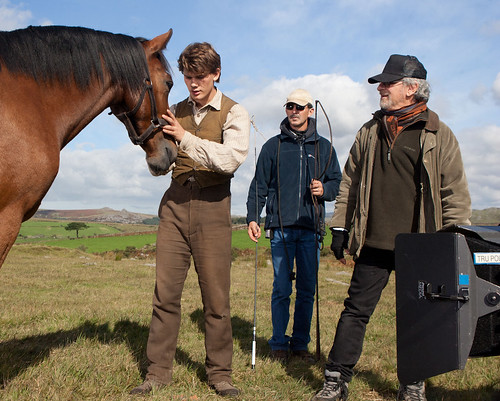 The poor direction, I felt, left performances of an experienced cast empty of good performances and creating scenes (or missing scenes) that failed to make sufficient sense to a movie goer unless they have read the novel. The performances from the European cast all seemed so wooden that I would have preferred them to speak in their native tongue to encourage better character portrayal. Throughout the movie, I was irritated by the harsh lighting delivered by Karminski, a renowned cinematographer. Worse was the film noir sunset ending that seemed out of context of the movie. Camera work done to capture the lead character Joey the horse’s emotions did little to stir any interest in me and I noticed, nor in the audiences around me. Production teams from Discovery or National Geographic would have done a better job capturing animal emotions. Even John William’s poor delivery in the music department failed to create any emotive appeal.

I am a little harsh in my judgment of this epic film but we should not expect anything less from the Spielberg team with their fat paychecks and royalties earned from film distribution. Many famous reviewers have also panned the film’s delivery and have expressed surprise in its nominations (and other film nominations) in the upcoming Academy Awards. I would have only agreed with the nominations in art direction as the costumes, sets and filming locations were nice. 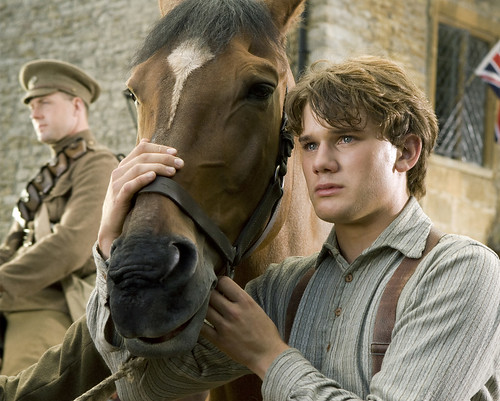 War Horse, besides my ranting on its technical faults, is still a reasonably entertaining movie for general audiences. There are several scenes which depicted the harsh realities of war, and there were comical scenes to inject humor. All of these deliver messages of hope, friendship and loyalty as the main premise of the film. There is a comical scene between Joey the horse, a British and German soldier in the area of land between two enemy trenches, generally known as ‘No Man’s Land’ which will probably be remembered as “the famous” War Horse movie scene. Watch it to find out.

One of the most versatile chefs I know is Austrian Head Chef at Saujana, Chef Alexander Waschl. Beneath his tall chef hat and distinct Austrian accent…