The Chinese Dragon Lunar New Year celebrations is around the corner, and so is the fourth installment of the popular Underworld series that rocked the world of many vampire-werewolf genre fans since 2003. We had a chance to catch the 3D preview courtesy of Sony Pictures and our response to this new installment is just like any of the previous ones – simply intriguing, enjoyable and absolutely entertaining. Fellow previewers in the cinema could be heard reacting with oohs-aahs and gasps of excitement throughout the screening. This is the first of all the installments shot entirely on 3D camera technology. 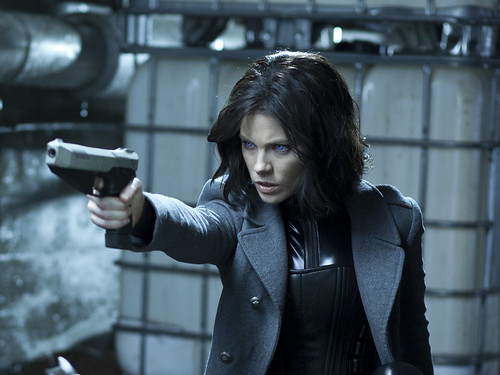 Luscious English babe, Kate Beckinsale, returns to her most famous role in her career, Selene, the werewolf assassin. In this new installment the humans have staged a genocidal war against Vampires and Lycan werewolves, eradicating many of both species and driving them further into the underworld. Selene and her vampire-werewolf hybrid lover, Michael, are captured and kept in cryogenic state in a research center, Antigen. Selene is unexpectedly awakened over a decade later and escapes (leaving a trail of dead bodies behind her, as you’d expect) to discover a new world where not only does she need to do battle with the Lycans but the humans as well. Adding to this confusion, Selene is troubled by visions from another subject that had escaped from the research center which she later discovers is her offspring, Eve. She must now find Eve and defend her from the humans who want her daughter dead, and from the Lycans who want the teen for more insidious reasons. 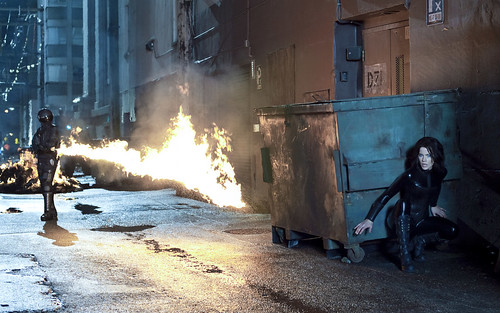 This is the second movie from the Underworld series not directed by Lens Wisemen, who is the creator and franchise holder. The first one being Underworld: The Rise of the Lycans which was the prequel, that explained the reasons behind the feud between the vampires and the werewolves. Helming the director’s chair for this Underworld: Awakening are Måns Mårlind and Björn Stein whose only work I’ve ever seen was the disappointingly badly shot and edited ghost thriller, Shelter (2010), which starred veteran actress Julianne Moore. With that initial poor impression in mind, I was worried if this movie would fall off its appeal pedestal. Fortunately, with a good cast and crew plus Wisemen’s external involvement in the production, the show managed to keep the Underworld’s eerie quality intact. This new instalment matched all of last episode’s good screenplay, fast paced action and in my opinion, those aristocratic English accents, that make any good gothic movie even more appealing. There are plenty of acrobatic fights, car chases, blazing gunfire, special effects, gore plus lots of femme fatale coolness from sexy Beckinsale in her body hugging latex suit to wow your senses.

If you need a quick re-cap of the Underworld series, this is a good one.

On weekends, Cumi & Ciki love to go to the wet market. The Setapak wet market is usually a hive of activity by the…