Recently, we were invited to the launch of Grant’s 12 Year Old Blended Scotch Whisky, at Equatorial Hotel Kuala Lumpur, in conjunction with the celebration of St. Andrew’s Day. All the Scottish folk invited to the event, actually wore kilts and so it turned out to be a rather patriotic affair. That, and the fine whisky served was enough to make you think you were somewhere in Caledonia.. enjoying the ocean breeze in your hair and sipping your tipple in style. And in the distance, bagpipes play.. 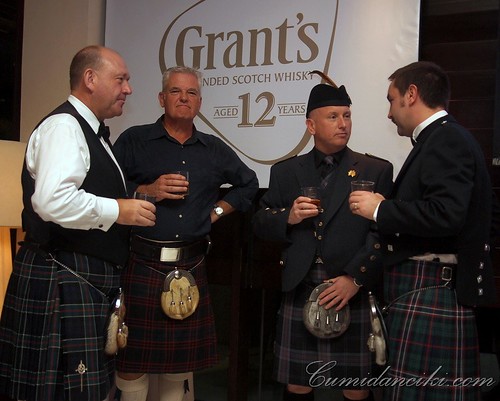 Grant’s Blended Scotch Whisky is produced by William Grant & Sons, an award-winning family-owned distiller founded by William Grant in 1886 and today still controlled by his direct descendants. The Company distills some of the world’s leading brands of Scotch whisky, including Grant’s, the world’s favorite single malt Glenfiddich, and the handcrafted range of The Balvenie single malts, as well as selected other spirits, including Hendrick’s Gin. 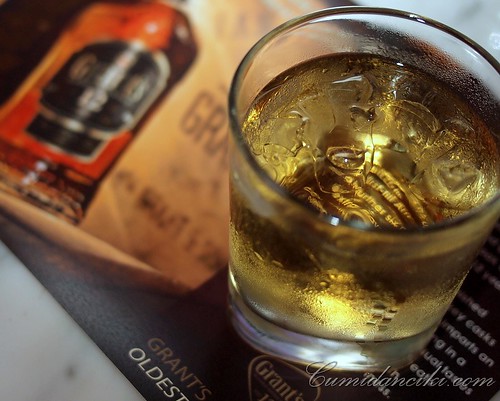 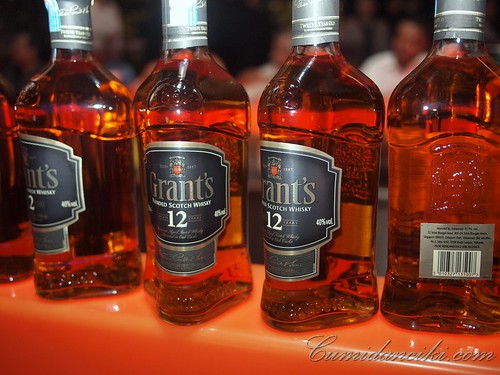 Since we missed the first part of the events, we can at least talk about the whisky itself, and how we felt drinking it. Grant’s 12 Year Old has a characteristic blue-black label and the customary Grant’s triangular bottle. It is a half-and-half blend of grain and single malt whiskeys, individually aged for at least 12 years. After blending, the scotch is seasoned for another six months in first-fill American whiskey casks. It is then bottled at 40% alcohol. 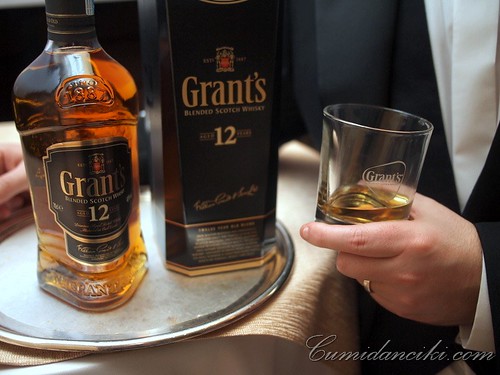 The nose of Grant’s 12 Year Old scotch is something like a spicy Christmas fruitcake, with a full-bodied dose of vanilla. The vanilla and cinnamon come across very strongly on the palate, and the finish goes over warm, sweet and smoky. Overall it is incredibly easy to drink and it went well with our lamb and Haggis – that’s right, true to Scottish tradition we were served that infamous meal of stomach, lungs and other internals of a sheep, and what have you. Don’t get me wrong, I love a good haggis especially when I am holidaying in Scotland, and here is a post to prove it. 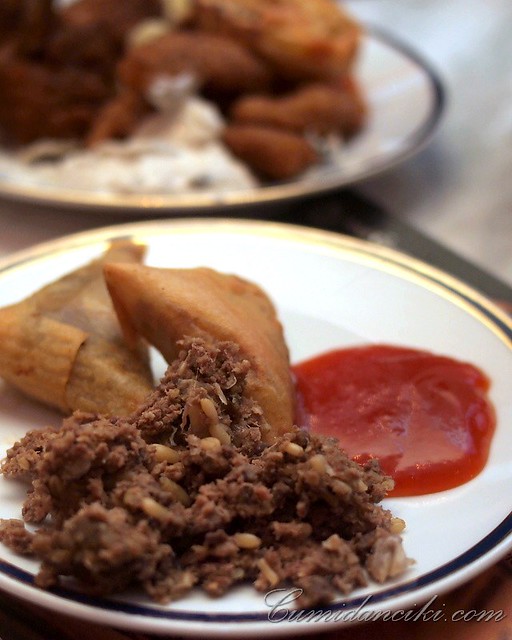 Haggis.. ah, everyone needs to try some at least once in their lifetime!

Amongst some of the interesting people we met were Grant’s Global Brand Ambassador Mr. Ludovic Ducrocq. He told us that since the year 1898, the secrets of Grant’s Blended Scotch Whisky have been passed down from generation to generation. Blended by the company’s sixth Master Blender, Grant’s 12 is a rich, honeyed and fruity with a touch of smoke, and we are inclined to agree with him -the whisky tastes fab! 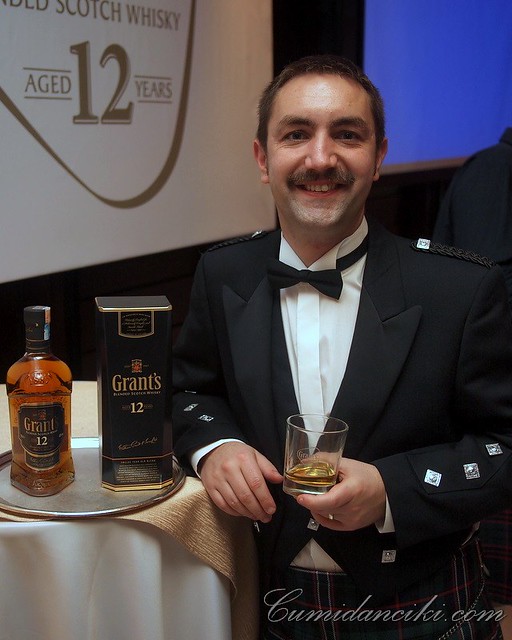 This restaurant that has been around for the longest time, is still a hot favourite with my family and the in-laws. Their Hokkien cuisine…