What is a Haggis? “Haggis, “The great Chieftain of the pudding’ race”, as Robert Burns, describes it, is indeed a toothsome morsel and it is a great pity that many people look upon it with dread, rather than as a fabulous Scottish dish. However since Haggis is made from the stomach, lungs and other internals of a sheep it is a rather gruesome thought that someone would eat it. On my recent trip to Scotland, I had been given the challenge by my mates in Kuala Lumpur, to find a Haggis, eat it, and keep it down. I am glad to say that I actually found the Haggis delicious but more interestingly though, was something I learnt on my quest for the Haggi. It is known simply as,Address to a Haggis, and I was told that every good Scotsman, should know this poem well, if not by heart!

Address to a Haggis is one of Robert Burns’ most famous and regularly performed poems. Written in 1786 not long after Burns arrived in Edinburgh, this poem has become the centrepiece of Burns’ Suppers and it can be argued that it has been as influential as any of Burns’ poems in presenting the popular image of the poet that most people are familiar with today. There are two stories that are linked to the writing of this poem. The first, more romantic version, is that Burns came up with this poem on the hoof during a dinner at Mauchline cabinet-maker John Morrison’s house. More likely is the story that the poem had been written by Burns for a dinner at the house of his merchant friend Andrew Bruce. No matter what the origin of the poem it is notable for being the first of his poems to be published in an Edinburgh periodical, the Caledonian Mercury, on the 20th December 1786.

In Burns day, the haggis was not an every day meal, and it could be described as a luxury item. As this was the case it is not beyond possibility that Burns’ “Address” was ironic in its praise for the dish, and was pointing the finger at those who would revere it. Here, I am honored to have my buddy, Ken Hanley, and a great Scotsman, to say the poem.. presenting, Address to a Haggis!

The groaning trencher there ye fill,
Your hurdies like a distant hill,
Your pin wad help to mend a mill
In time o’need,
While thro’ your pores the dews distil
Like amber bead.

His knife see rustic Labour dight,
An’ cut you up wi’ ready sleight,
Trenching your gushing entrails bright,
Like ony ditch;
And then, O what a glorious sight,
Warm-reekin’, rich! 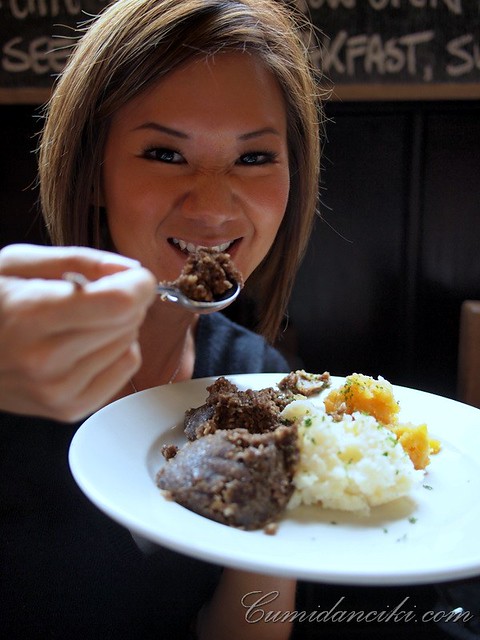 Then, horn for horn, they stretch an’ strive:
Deil tak the hindmost! on they drive,
Till a’ their weel-swall’d kytes belyve
Are bent like drums;
Then auld Guidman, maist like to rive,
Bethankit! hums.

Is there that owre his French ragout
Or olio that wad staw a sow,
Or fricassee wad make her spew
Wi’ perfect sconner,
Looks down wi’ sneering, scornfu’ view
On sic a dinner?

As feckless as wither’d rash,
His spindle shank, a guid whip-lash;
His nieve a nit;
Thro’ bloody flood or field to dash,
O how unfit!

But mark the Rustic, haggis-fed,
The trembling earth resounds his tread.
Clap in his walie nieve a blade,
He’ll mak it whissle;
An’ legs an’ arms, an’ heads will sned,
Like taps o’ thrissle.

Ye Pow’rs, wha mak mankind your care,
And dish them out their bill o’ fare,
Auld Scotland wants nae skinking ware
That jaups in luggies;
But, if ye wish her gratefu’ prayer
Gie her a haggis!

Garmin-Asus was the first to introduce their GPS-enabled smart-phone, the Nuvifone M10.