Just the other weekend, both me and my adventure, thrill seeking husband, Cumi were invited to this spectacular event, known as the My Nourishment Fete, downtown at the Royale Chulan.

If you are wondering what the My Nourishment Fete was all about, it was actually a snazzy launch for the Merdeka issue of the magazine known as My Nourishment.

The intention of this magazine is to share the passion for food. It not only covers the latest happenings in the local food scene, but it also strives to emphasize the importance of health, proper nourishment and a holistic lifestyle. 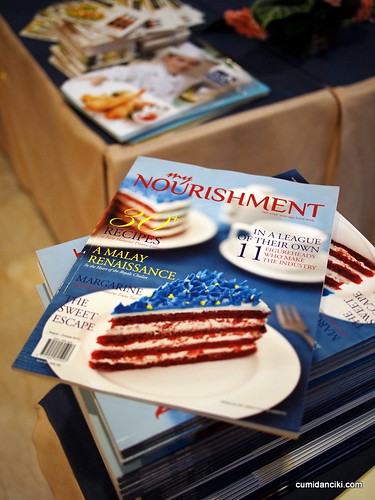 Our buddy Ryan Khang is the Chef Editor of this magazine. Well to sum things up in nutshell, this magazine, My Nourishment is his brainchild.

Here are some paparazzi shots of the event:

Top left: two famous Chefs.. can you tell which one Chef Federico Michieletto is? (which restaurant?) 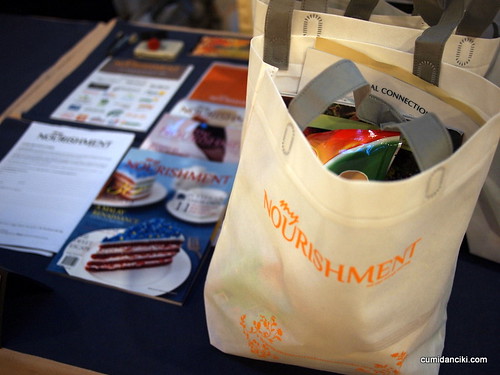 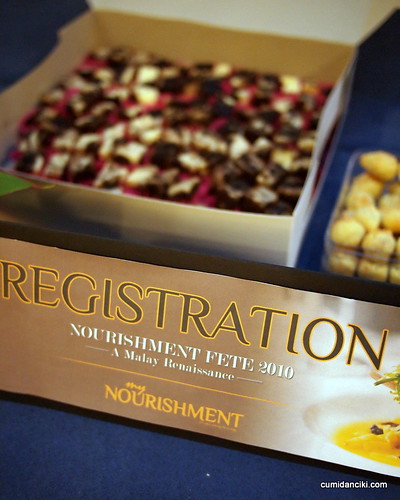 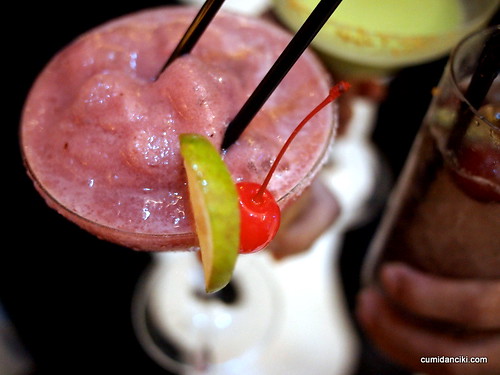 Ryan Khang really knows how to throw a party. Not just wines and spirits but a fantastically well stacked cocktail bar to boot. 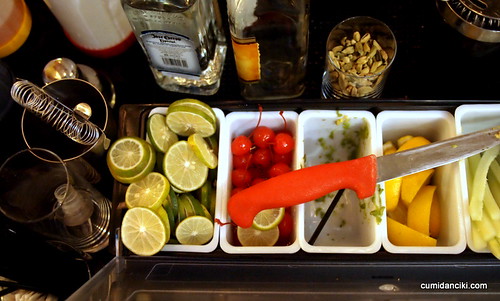 Cocktail paraphernalia (can you see my obsession with the cocktail bar slowly taking over? Once Fatboybakes pointed it out to me, i threw my wine glass out the window) 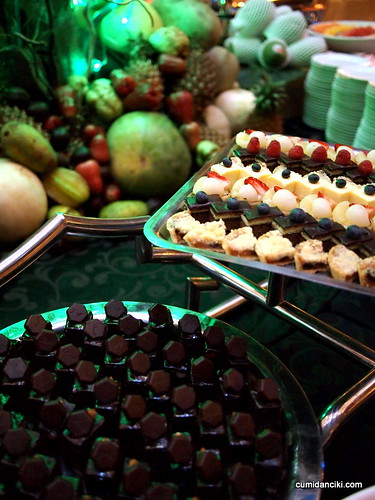 I took photos of the desserts first, because the massive dinner buffet spread was obscured under big silver lids. 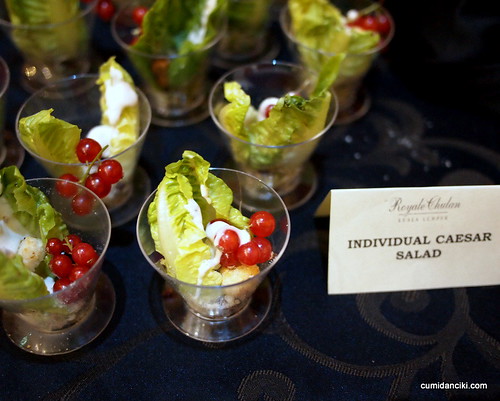 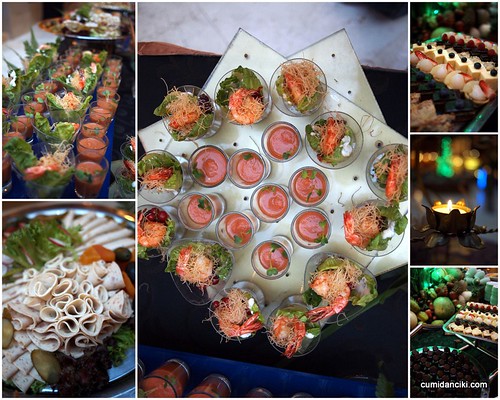 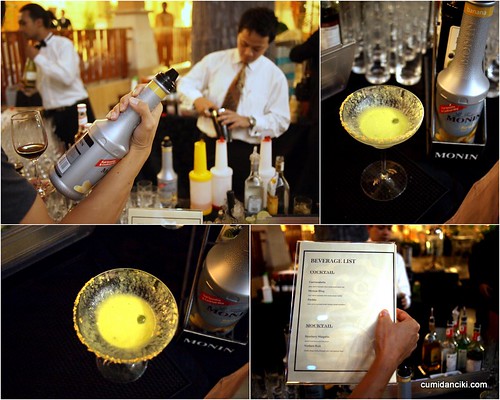 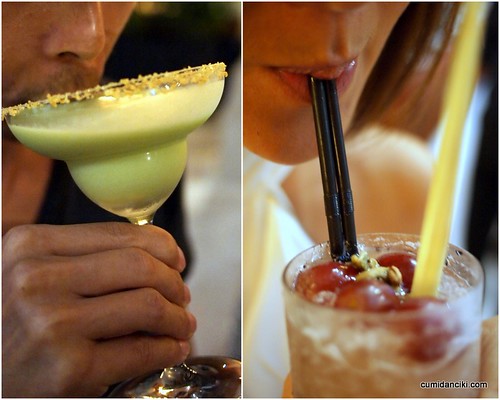 (Right) My lush lips sipping my berry cocktail, berry gingerly. (Left) My adventurous Cumi chugging his oat apple martini or something weird like that. Potent stuff. 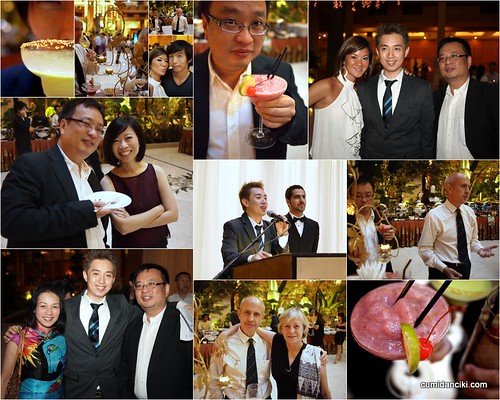 Fatboybakes (with his sissy pink drink) and Ryan and Ciki and Cumi and a whole lot of other shiny happy people.

Props to Ryan for hosting such a fantastic event. Cumi who is the fussiest, fuss-pot when it comes to food, marveled at the quality of the food and the buffet spread. Apparently Ryan got the food organized from different sources. Even the red meats were flown in for his event. As if that was not enough, the goodie bag was epic. I am talking chocolates, baking flour and even Omega3 Organic Eggs! Man, this guy really knows how to throw a party!

Chief editor for Mynourishment Magazine. Ryan is a chef, culinary instructor, nutritionist, food writer, editor-in-chief and television presenter – all this after graduating from university with a food science and nutrition bachelor. He worked as a R&D food scientist and later joined Taylor’s University culinary school and underwent his apprenticeship at Mustard Tree Restaurant. He then began to work as a creative chef and wrote his first cook book in 2006, endorsed by Colavita Olive Oil. Ryan is currently the research chef for the cooking house where he teaches, creates menu, cooks and plans for event. Ryan’s specialization is using organic and fresh produce as ingredients in his culinary creations.

More info on Fatboybakes a.k.a. FBB:

Active Contributor/writer for the Mynourishment Magazine. More famously known for his baking super-powers and legendary pool parties where we, his fans get to listen to his life in the army/as a civil engineer/as a real-estate broker stories and eat his amazing cakes. His wit and sarky writing style are legendary too and you will find all you need to know about this charming baker on his foodblog. Check out FBB’s website here and here.

2 long years away for Singapore due to the pandemic, and we were totally psyched to be finally back! For such and auspicious event…