Happy #followfriday readers! This week’s Blogger in the Spotlight (BITS) is none other than Mark who lives in San Francisco. Mark is a “Mexico enthusiast” with a passion for its history, food, geography and most importantly, its diversity of culture and great people. His first time stepping across the border was during his youth while growing up in South Texas and going to Nuevo Laredo and Matamoros to visit relatives and friends. Since then, he has been hooked on the foods of this great city. Here is his post on The Exotic Flavours of Mexico, that you must not miss. 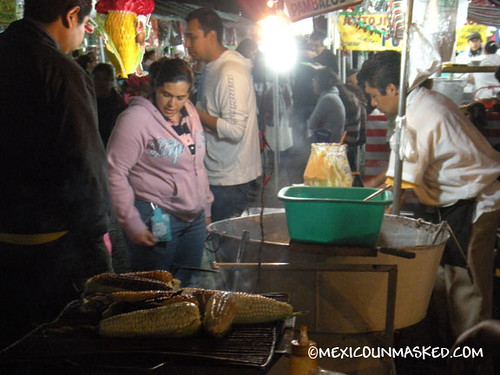 Unmasking Mexico.. and its tantalizing Flavours

Defining a country by its food is nearly impossible, especially if the subject is Mexico!  As varied as its culture, music and geography, so too is its food.  With a blend of pre-Hispanic and European (Spanish & French) influences, Mexico boasts a complex and colorful bounty to appease any palate from the greens-seeking vegan to the meat-chomping carnivore.

Like other international destinations, Mexico is a country delighted to display its wonderful regional cuisine that’s found in its 31 states and the Distrito Federal.  From fancy, sit-down restaurants to the make-shift taco stand, from the Mayan-inspired dishes of the Yucatan to the grilled cabrito (kid goat) found in the northern reaches of the country, from the freshest Mayan Riviera ceviche, to Guanajuato’s “Enchiladas Mineras”, its all there, in a country which some might say is infatuated by its culinary contributions to the world, and rightly so.

Even with an infinite amount of time to visit Mexico, one will find it impossible to sample even a fraction of its many tasty creations.  On a recent 10-day trip I took during the country’s Bicentennial celebrations, I was satisfied with the extent of foods I was able to experience, however, I felt the perpetual tug of defeat to know that I barely scratched the surface once again.  Oh well, no worries because I have a lot to look forward to during my next trip.  Here is just a glimpse of some of the many dishes I enjoyed during my travels…Buen provecho! 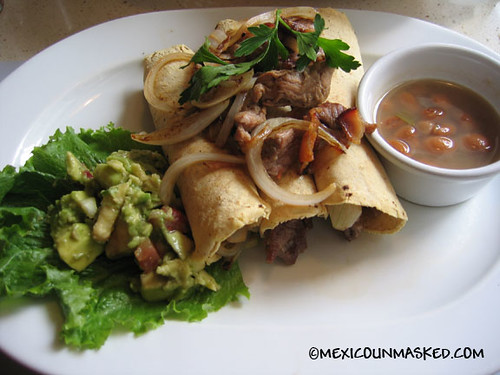 Carne asada translates to “grilled meat” and is very popular in Mexico.  This dish is beef and is accompanied by freshly-made guacamole and “frijoles de olla”, or pot beans. 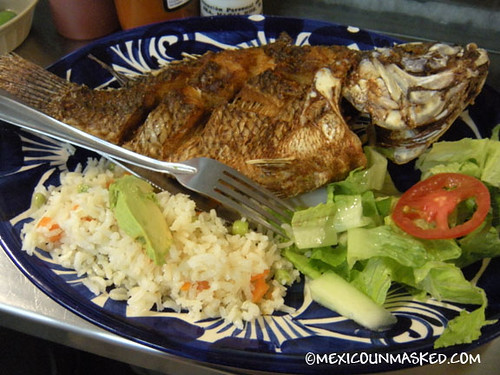 A delicious, super popular dish in the Mercado in Coyoacan a suburb of Mexico City. Once you try it, you will be hooked! 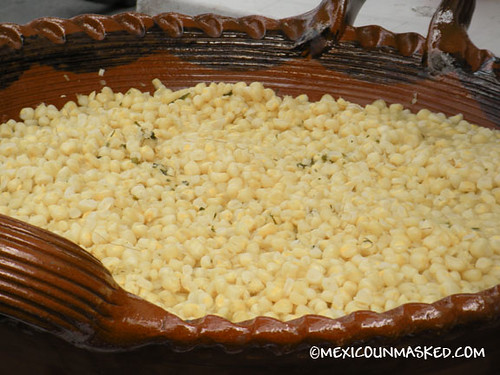 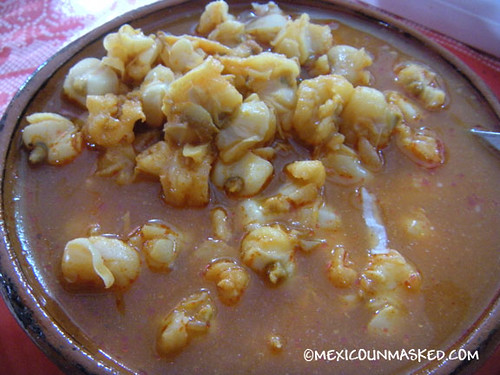 A traditional dish eaten during Mexico’s Independence celebration, Pozole is a hearty pork stew with hominy.  It is made in three colors: red, white and green to coincide with the Mexican flag colors! 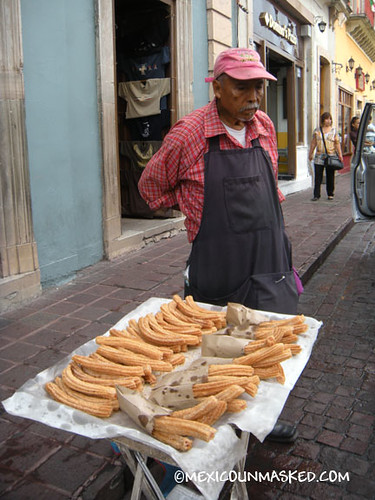 Here you see a street vendor in the state of Guanajuato selling deep-fried churros that are dusted in cinnamon and sugar. This dessert is legendary even outside of Mexico or the United States. Totally for the carbo addict and the sweet-toothed.

6. Mad about beans? Try the bean and pork Quesadillas 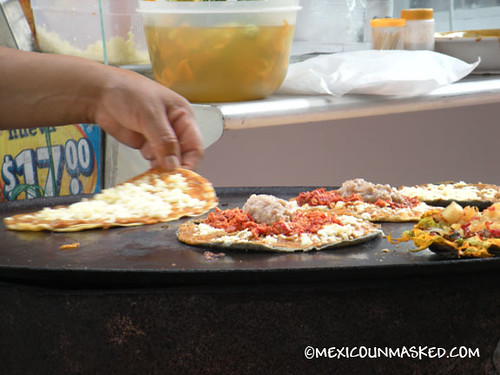 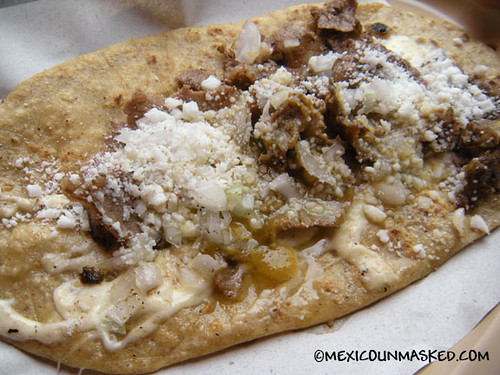 One of the best beef quesadillas I have ever eaten were here, at the corner of Puebla & Insurgentes streets near the Metro station in Mexico City. If you like your red meats, you will love these!

8.The Night Market and the oh so healthy, Corn on the Cob

About this weeks Guest Writer: 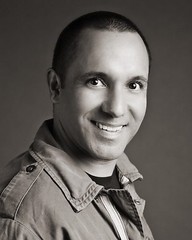 Mark Mendiola Guerra is a third-generation Texan living in the San Francisco Bay Area for over a decade now. He holds a Liberal Arts degree from the University of Texas at Austin and has used it quite efficiently over the years to build an impressive path of job-hopping, as he puts it. His past jobs have called on him to do a multitude of things from real estate, social work, construction, to acting and writing, most recently. Feeling most connected with his writing, he wishes to blend that with another passion: Mexico!

Mark has traveled to over 24 states throughout Mexico and loves the culture, people, food and history so much that he created his own site, to share, exchange, and engage others in a positive dialogue about the country. You can also find him tweeting away as: @planetnomad

The Malaysian, late night hawker dining phenomenon is legendary, and one such place that’s an icon for this, is the hawker stall, on Jalan…