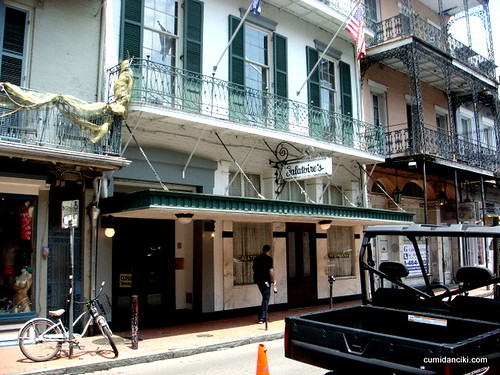 If you are fit and really eager to walk off the extra calories from that bowl of Gumbo, then walking around New Orleans is the best way to see the place as well as burn off some fats. I opted for this option a lot. When my legs gave way, I went on a streetcar instead! 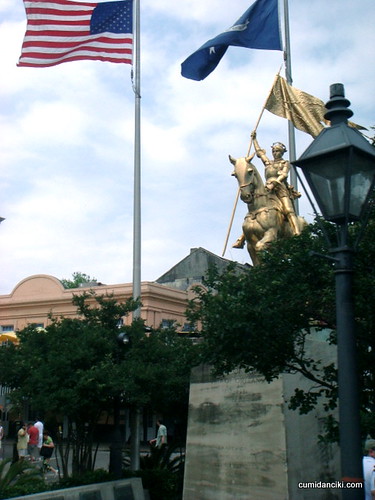 You can go for many tours on foot – jazz, history, literary, architectural, ghost tours (!), cemetery tours and Hurricane Katrina tours.. 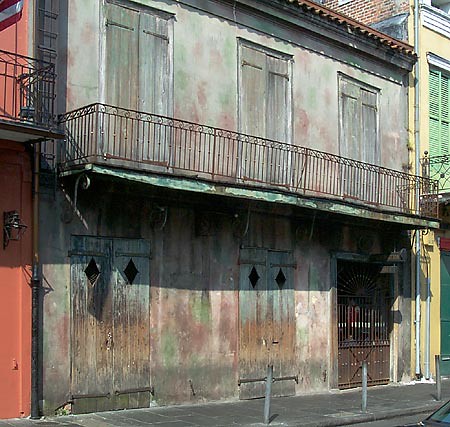 Walking around means you can plan your evening activities for later.

Preservation Hall is famous for its jazz concerts.

Located at 726 St. Peter Street in the French Quarter of New Orleans, Louisiana, it hosts nightly concerts featuring a rotating roster of bands. The bands of Preservation Hall typically perform jazz in the New Orleans style.

Louisiana Voodoo, also known as New Orleans Voodoo,  originated from the traditions of the African diaspora. Cumi told me that I totally had to look out for this. 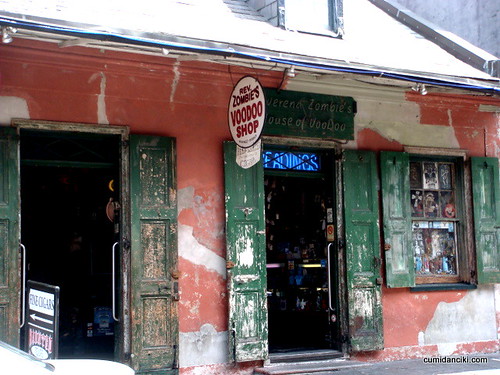 Voodoo was brought to the French colony Louisiana through the slave trade. Back then, the majority of African slaves came directly from what is now Benin, West Africa, bringing with them their cultural practices, language, and religious beliefs rooted in spirit and ancestor worship. Their knowledge of herbs, poisons, and the ritual creation of charms and amulets, intended to protect oneself or harm others, became key elements of Louisiana Voodoo. Kind of like some freaky pharmacist, you could say! I should have stayed longer to learn the lore 😛 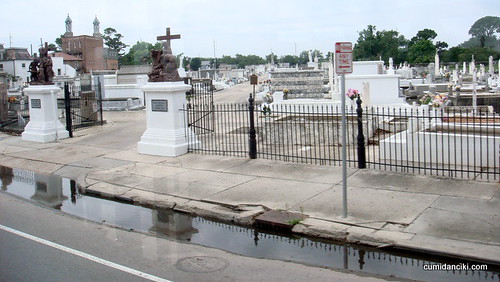 I learnt something really neat about the cemeteries in New Orleans. New Orleans folks keep the dead, above ground.

Early settlers in the area struggled with different methods to bury the dead. Burial plots are shallow in New Orleans because the water table is high. Dig a few feet down, and the grave becomes soggy, filling with water. The casket will literally float. You just can’t keep a good person down! 😛 What’s more, with the flooding, these bodies would literally POP out of the ground.

Eventually a solution was found and New Orleans’ graves were kept above ground following the Spanish custom of using vaults. Very clever! 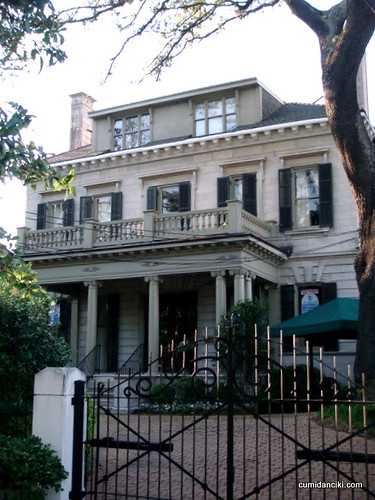 Houses made famous by Hollywood.

If u walk around on foot you will pass some lovely mansions. You will hear from the locals about many famous movies that have filmed around town as well . I had the pleasure of seeing the famous Bungalow from the movie “The Curious Case of Benjamin Button” on 2707 Coliseum Street and it was amazing.

If you hate walking around, a really ‘pretty’ ride would be these horse drawn carriages which will take you down cobblestone streets pass the gorgeous architecture of the French Quarters. It gets a little hot in summer but you will soon forget your discomfort once you see the sights around town. 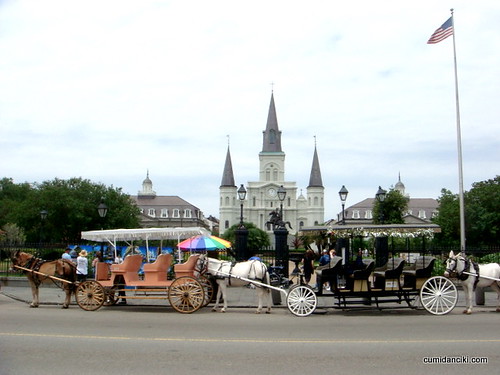 Jump off if you get hungry and be sure to try this. Lucky Dogs! 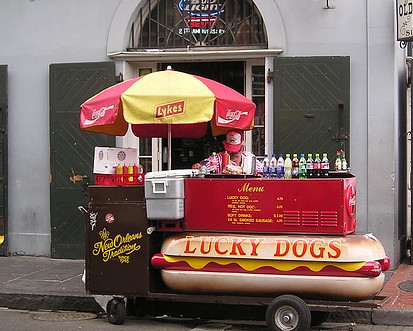 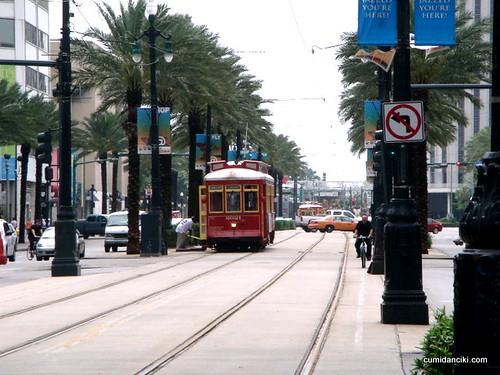 The streetcars are the city’s ‘trams’ and for a mere $1.25 you can ride up and down the line to your heart’s content. There are two kinds of streetcars. The green and the red. The red ones are more luxurious and air-conditioned. The green ones are older and non-air conditioned. There are currently 3 in operation – The St Charles Avenue Line, The Riverfront line and the Canal Street line. Slide into the wooden seats and let the conductor take you up and down town. Plenty to see. Great for Photography. 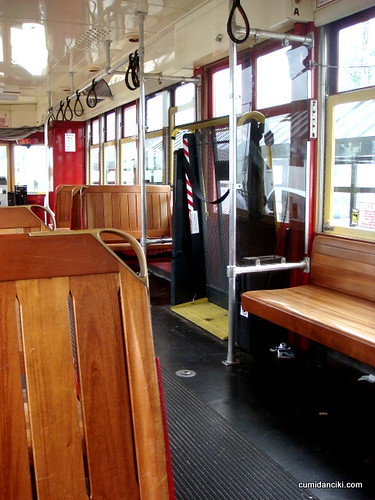 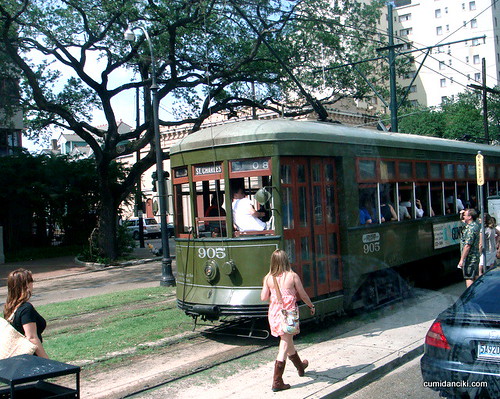 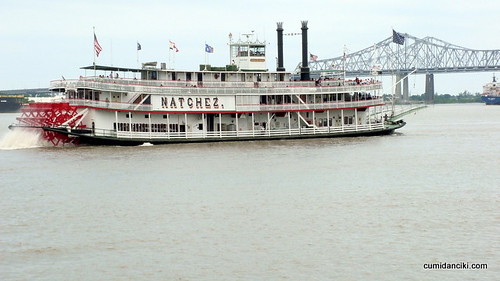 Take a jazz or harbor cruise ride on an authentic paddle-wheeler on the Mississippi River. I sure felt like Huckleberry Finn! 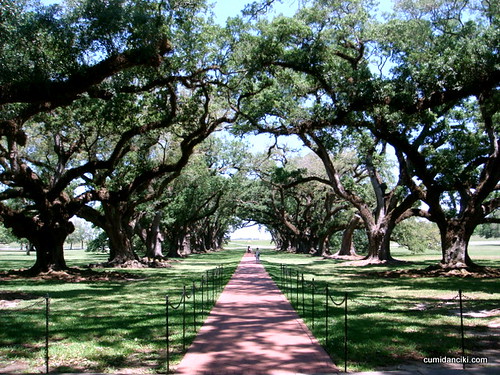 This is the luxury tour. Get on an air-conditioned bus and go back in history as they take you on a Plantation Tour. Did you know that “Creole” is a way of life, not a race? I certainly didn’t until I went on this Plantation Tour. Located on the Mississippi River between the historic Louisiana cities of New Orleans and Baton Rouge, Oak Alley Plantation has been called the “Grande Dame of the Great River Road”. 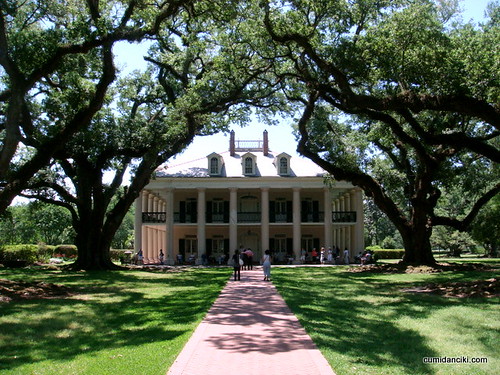 The name Creole is a derivative of the Spanish Criollo, meaning native born, and was used to denote children of European parentage born in the New World. They were considered elitist and only married within their lineage. They had many slaves serving them. Human bondage has formed an unfortunate part of mankind’s existence since the beginning of recorded history. There is nothing to justify it, but it has been present somewhere in the world in every culture, race and generation since time began. 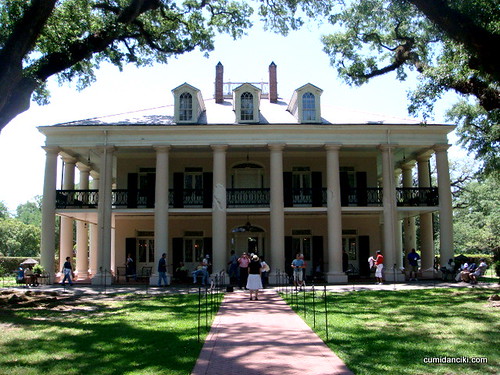 Slavery had a role in the development and maintenance of the agricultural aspect of the southern region but the reality of slavery in 19th century plantation life can be neither denied nor condoned. It was an integral part of the times and must be dealt with honestly and with candor – this is what I learnt on that fine tour. A real eye opener. Not to be missed. 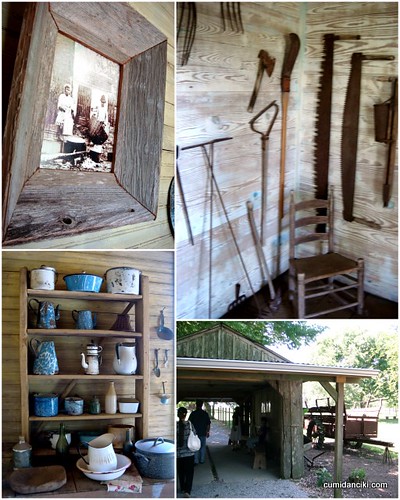 The things that used to make me smile when I was a kid, have changed a lot, especially now that I am an adult….