Traveling gets me excited! Here is Melvin of @Traveldudes with his really cool Travel Tip on Inspiring Photographs.

Sunset at the Pinnacles 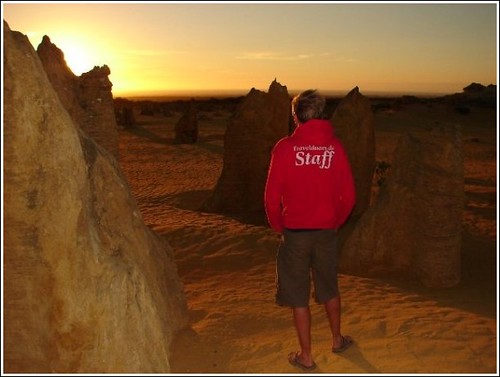 This photo is a real inspiration to me. When we took it, we were in Western Australia at the Pinnacles. We’d traveled for 6 months through Australia & New Zealand. It wasn’t always fun & easy, but it was an excellent time. Many friends and colleagues were jealous of us and told us that they always dreamt of doing something like that. All I can say is.. then do it! To travel over a longer period is probably one of the best experiences you can have in terms of  ‘ really seeing the world’. The hardest part is taking the first step & then everything else will just fall in place. You just have to decide to do it. Forget for a moment about the “what if’s” and “but’s”. They will be sorted out one at a time, after you have taken the first step.
. 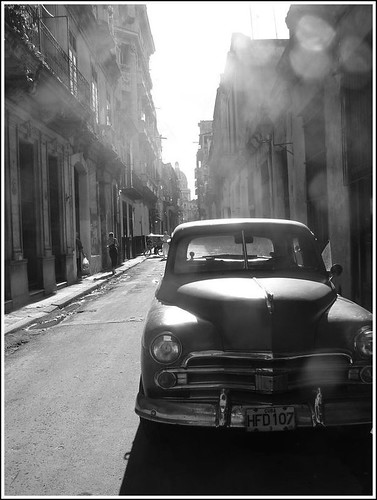 With that picture I was so lucky that my lens was dirty. . because it really set the mood for the shot:) The photo was taken in Havana. That holiday is also another good example of how everything just sorts itself out, if you are open to it. I wanted to get to Havana, but only managed to get a flight to Varadero, where I definitely did not want to stay. The plane landed in the late afternoon and I had no idea how to get to Havana that very same night & up to that point, I also had not booked any accommodation. I got out of the terminal and as luck would have it, the last bus leaving for Havana, actually arrived. On that bus I was fortunate enough to meet another backpacker & we ended up being roommates later in a nice place in Centro Havana. Initially, I only just wanted to stay in Havana for about 3 nights as I wanted to see a bit more of the countryside. In the end I stayed there for 7 out of 8 nights in total! I decided each single day to stay longer and each day, I would meet someone special or experienced something special, and then I’d stay a  little longer! The one night I spent outside of Havana, I intended to stay in Vinales (even this part has a story!) I wanted to get a bus there, but when I got to the bus station, it was fully booked. Luckily I met 4 more travelers & we ended up sharing a rented car over a period of 2 days. Needless to say, we all managed to get to Vinales and in great company as well. That was one fantastic experience that I would have missed, had I chosen to travel by bus that fine evening! 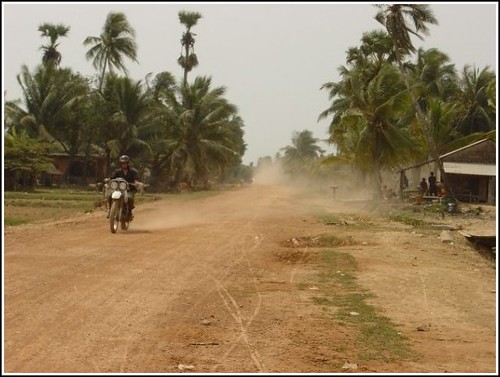 This ride was in Cambodia and it reminds me of a story a fellow traveler told me.

This guy worked in a hostel in Cambodia and he had just given 5 dollars to a Cambodian family, so that one of their kids was able to go to school. The monthly school fee was exactly 5 dollars. As a thank you gesture, he was invited for dinner to their place. When he arrived he was received with great warmth and they had prepared a wonderful meal in his honour. Then the little boy went to him and gave him a small plastic toy. We (in the “western countries”) probably wouldn’t have been too impressed with the toy as we  get similar ones in happy meals at MC D’s at home. But for him, it was the best present he ever got! This was the only toy the kid had, but that little boy was so happy with being able to go to school, that he decided to give it away to the man that made it all possible. I had a few similar experiences during this trip to Indochina, which completely changed my viewpoint on the world and my thoughts on what happiness means. A life changing experience, not to be missed!

About this week’s Guest Writer: 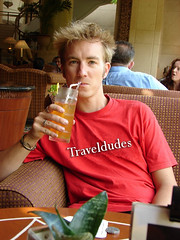 Melvin is currently running Traveldudes.org, an online travel guide written For Travelers, By Travelers. He lives in Köln (Cologne), Germany.

Talking to Melvin, you will find him charming and a really experienced traveler. In his very own words.. “Who else would have the best travel tips, if not you, the traveler? Travel Dudes & Dudettes love to travel, to discover the world, to travel free & untroubled & like to be informed like an insider!”