Arriving in Los Angeles, Tom Bradley International airport at 1845, I had time to kill before my connecting flight to Atlanta at 2255.

I remembered from my last trip to the States, that Santa Monica was only just a mere 20 minutes by taxi from the airport, and I was determined not to eat airport food whilst waiting for my next flight.

Surprisingly refreshed from a 7 hour sleep straight (KL – LA) I was eager to get out and stretch my legs. 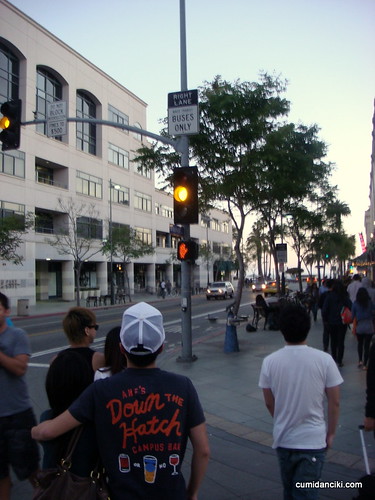 Who knows what this beach is famous for.. hands up ..! 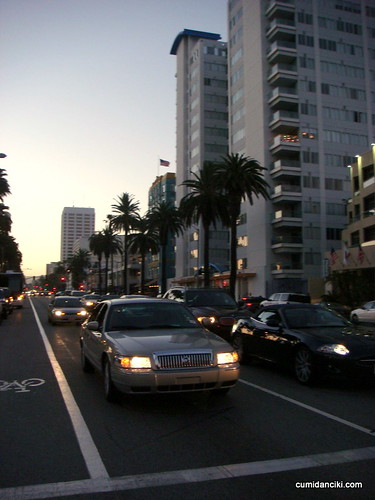 Santa Monica is nestled on the vast and magnificent Santa Monica bay. The weather was superb with I arrived. Windy and a good 12 degrees Celsius, I actually shivered a little in my light jacket, but in a good way! 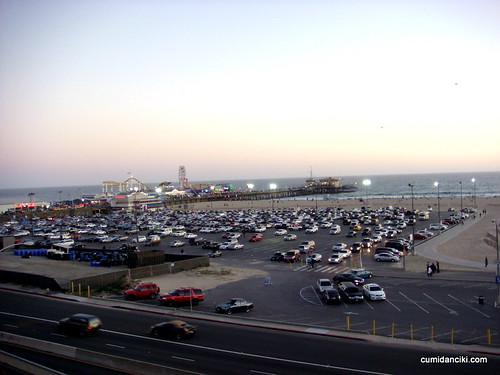 If you head towards the coast you will see the oh so famous beach stretch/car-park area where many a movie has been filmed. 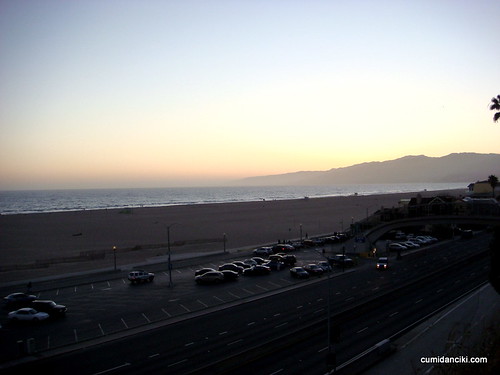 This is the Santa Monica Beach and Peer. 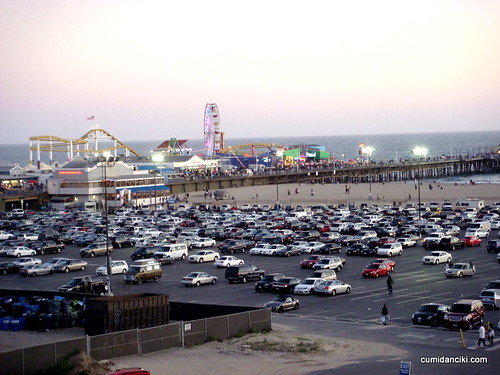 Hundreds of movies have been shot around this beach in Santa Monica. My favourite and a great classic –  The Sylvester Stallone movie Rocky III shows Rocky Balboa and Apollo Creed training to fight Clubber Lang by running on the Santa Monica Beach, remember?

The Truth About Cats & Dogs is set entirely in Santa Monica, also Get Shorty and Ocean’s Eleven. Lords of Dogtown was shot here, about the influential skateboarding culture of Santa Monica’s Ocean Park neighborhood in the ’70s.

The Santa Monica Pier is shown in many movies classics such as The Sting, Beverly Hills Cop III, Forrest Gump and Iron Man. The movies The Doors and Speed featured Santa Monica’s Big Blue Bus!

OK, enough of movie trivia.. on to dinner. 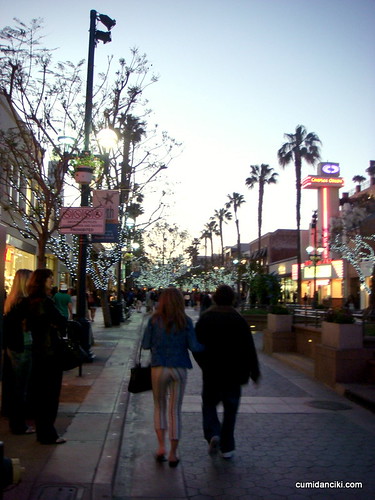 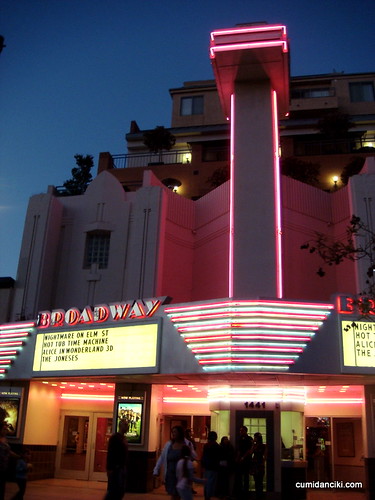 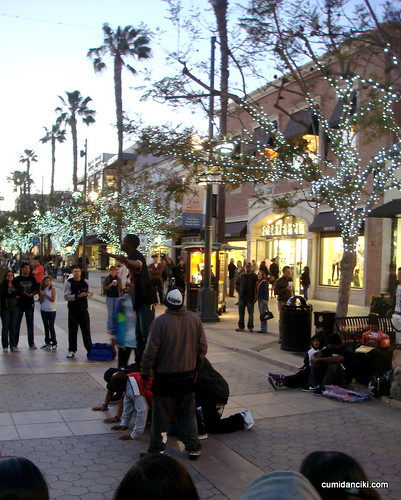 Side street performances are seen everywhere. 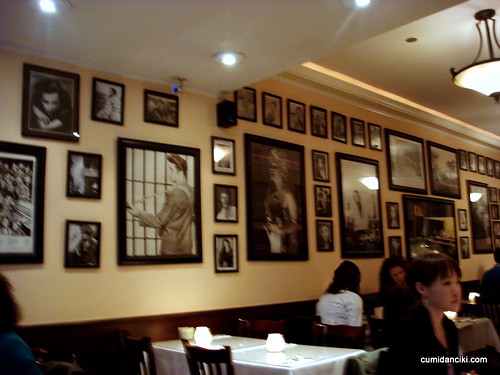 After flying 17 hours and eating plane food, we decided on a cute little Greek restaurant. 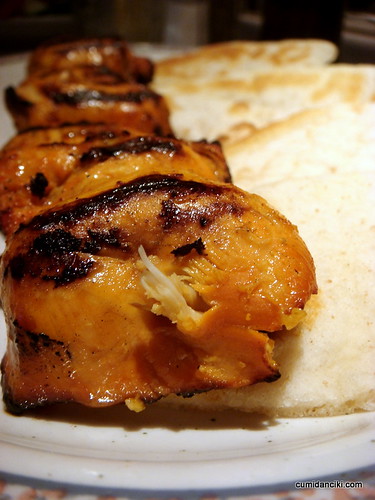 The chicken kebabs were pretty so-so. Dry and on the hard side. We also had the lamb shank that was succulent and delicious (no photos because the shank was not photogenic and made my shot look ugly!) 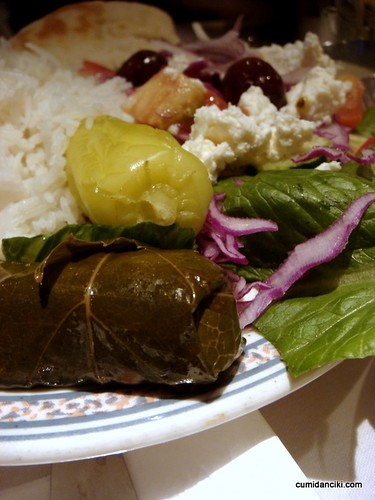 My favourite was the dolma, or sarma. Dolma is a verbal noun of the Turkish verb dolmak “to be stuffed”, and means simply “stuffed thing”, and man, are they delicious! The ones we had were grape leaf stuffed with minced lamb meat and mixed with leek and rice.

A nice heavy dinner. Now back to the airport so I can catch the Red eye to Altanta.

1. WINNER FOR .. Valentine’s Contest to Win Dinner for TWO at Samplings on the Fourteenth is.. Siti Shahanim Hashim   2. WINNER…