A couple of weeks back, we were exploring the backlanes of Malacca.

As we walked, we found ourselves in Kampung Jawa.

As usual, @tummyleejones never gives up the chance to seek out the oldest barber on the row, for a haircut. 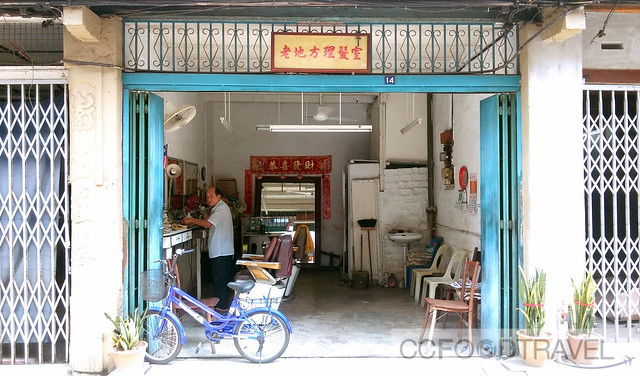 That’s when we stumbled upon, The Last Barber of Kampung Jawa… watch the VID…

In a shanty rented pre war shop, a little radio on the counter delivers the news and popular canto-pop tunes from the 80’s.

The barber cuts and shaves his patrons.

He inherited the business from his father. Their family used to live above this shop. In the cramped corner is the bathroom/toilet.

As both his parents are deceased, he carries on a bachelors life snipping on, for his daily income until he can no more standup. Unmarried and without an apprentice, there is no one else to carry on the business. The other barber next to his shop had already given up the business several months ago…

He is the last barber of Kampung Jawa.

Music Credit : All music in this video was played in the background on the Chinese radio station and we did not have any control over it. It was the barber/owner’s choice of canto-pop music that made his day more enjoyable as he snipped away at his patron’s hair… we just had to sit back and enjoy his selection of music!

It’s no secret that Garibaldi is one of our favorite Italian Restaurants. And we were delighted when we found out that for Chinese New…