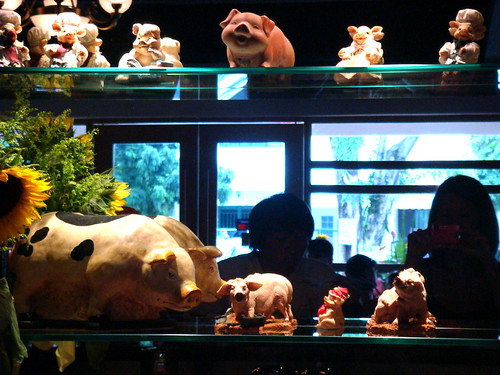 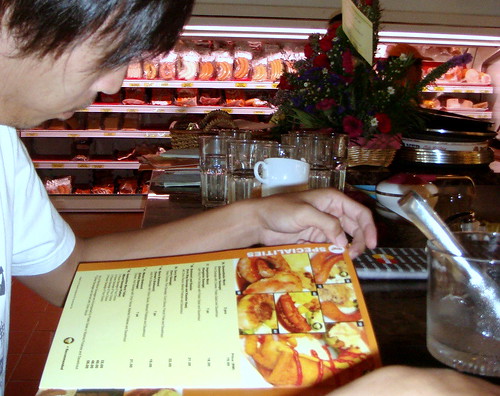 Eurodeli for that piggy fix and supposedly authentic European food. What you see in Cumi’s background are the famous Swiss-German specialities consisting of over 100 varieties of sausages and ham that are available for you to buy and cook up at home at a later stage. They are also available on the menu.

We paid the Eurodeli in Damansara Kim a visit and found that the outlet that opened in 1997, has recently refurbished. The entrance was full of congratulatory flowers. 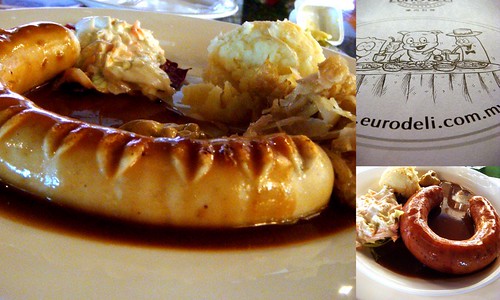 For us, the food here was only just so-so. The Bratwurst was too salty and something as simple as the easy-to-whip-up mash potato lacked the potatoey, buttery creamy finish that I like. The sauerkraut was flat and lacked that fermented, vinegarish, cabbagey kick that is essential in a good sauerkraut.

Another point not in their favour was that the restaurant was so understaffed, 3 separate families came up to the bar counter to complain that they were not being served. Eek! Not good. 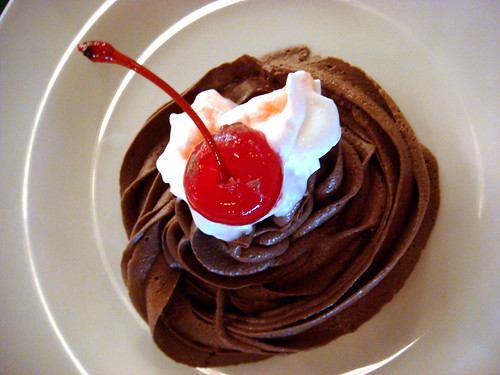 Taking the set, my lunch came with coffee (strong and good – needed this after the marathon) and a dessert (lame mousse thingy), all for only RM25.00 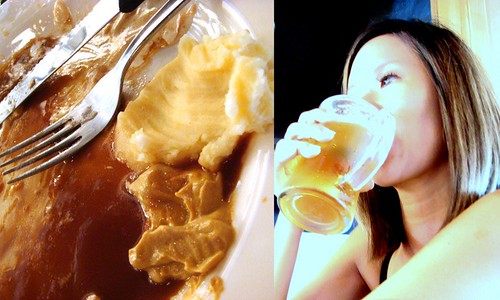 Man, nothing like the first ice cold beer for the day, especially after completing 21K! We deserve it eh? The only thing I can say about the draft beer at Eurodeli is that it is bitingly, stingingly good! Fresh is not the word. 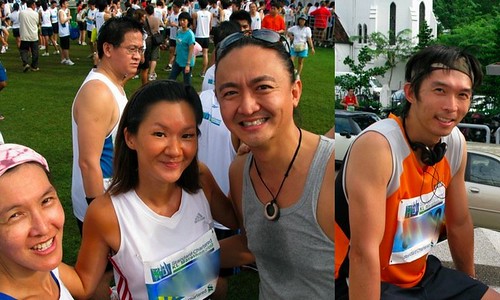 There u have it folks! The KL Marathon.. what a rush. We will definitely do it again!

*photos of the marathon courtesy of Nigel Skelchy of Kampungkayell

It was so dainty. So cute. But it was so bloody technical and taxing on my chubby fingers that I will probably never make…