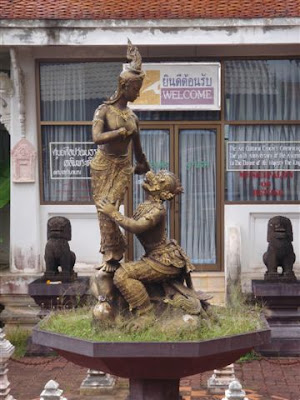 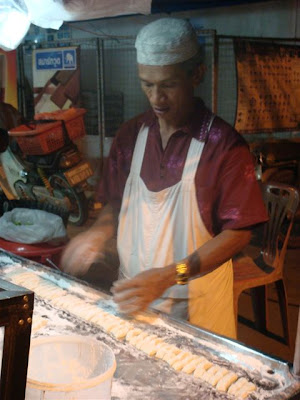 A small town with a rich past, decent food, lots of swallows (swallows of the feathered-bird kind that is.. ahem! ) and for want of a better word, a redlight schwing!

With swallows perched on cables above us ( it’s amazing how none of the droppings hit people.. maybe it’s just pigeons, magpies and crows in KL who enjoy the sport of shit-bombing humans!), we traipsed on dimly lit roads in search of our dinner. 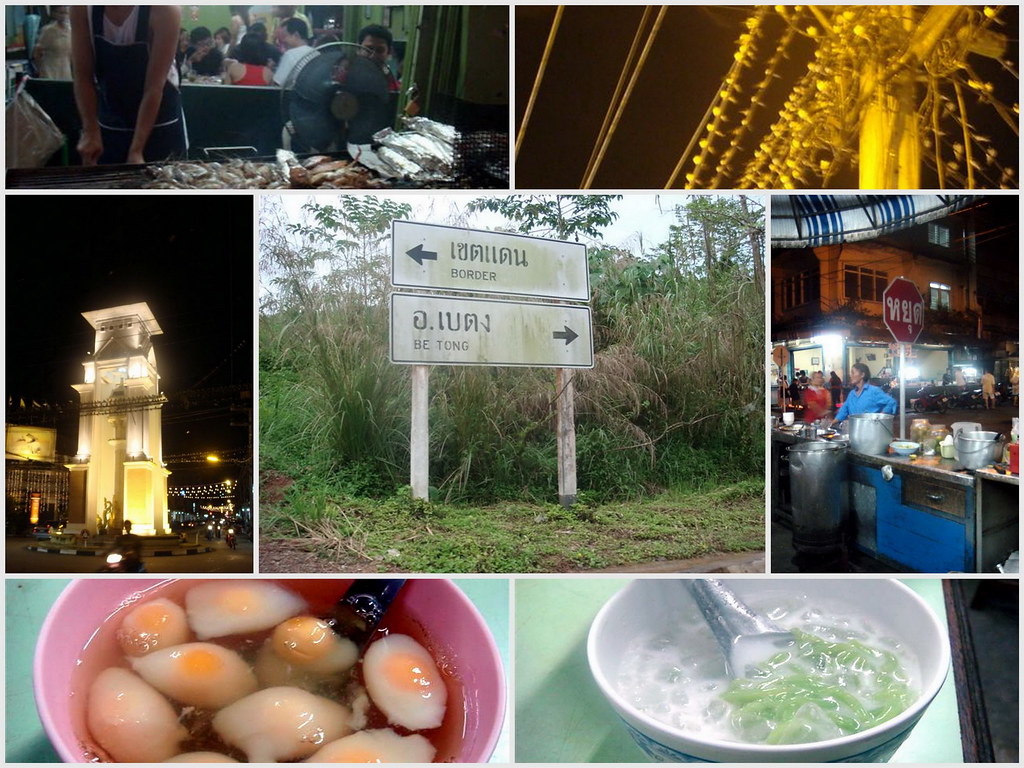 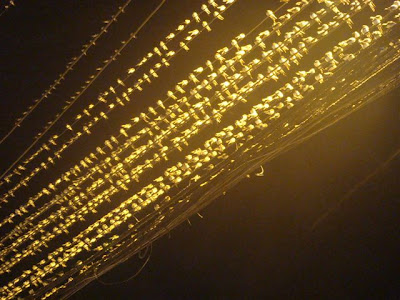 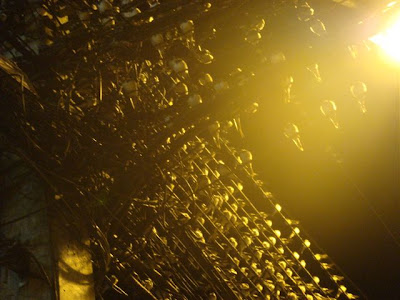 Betong wasn’t a bustling town that night. It was Saturday and many shops were closed by this late evening. However, we did manage to find some delectable goodies… Apparently there is a lot to chose from. However, upon closer inspection, we find that most vendors are selling pretty much the same thing.

The food was not bad, but not impressionable either. I particularly liked the Tong-sui with the incredible number of quails eggs floating around in it. Cholesterol heaven! The Cendol like dessert was watered down and boring. 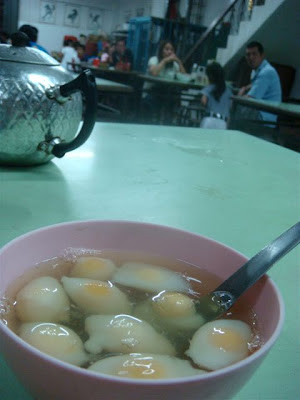 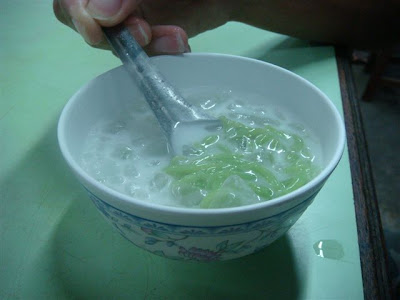 We retired early and woke up eagerly for some good grub. Betong is predominantly a Chinese town. Our mission to uncover something unique proved futile as it was mainly the same old Chinese fare eg. dimsum, wantan/rice noodles and bak kut teh (pork rib herbal stew). We have always found Thai dimsum difficult to palate as it is rather bland. Very odd for a country with such strong tasting dishes. The BBQ pork here looks similar to the ones in Perak i.e. pink-reddish outer layer and mostly lean. Roast pork belly was very average.

If there’s anything good around in these parts, it is the wantan noodle. A visit later to the Betong Museum (above Mongkolit Tunnel) mentions Betong is famous for flat rice noodle, however, we didn’t get to sample any, without a local pointing us the direction *sigh*. 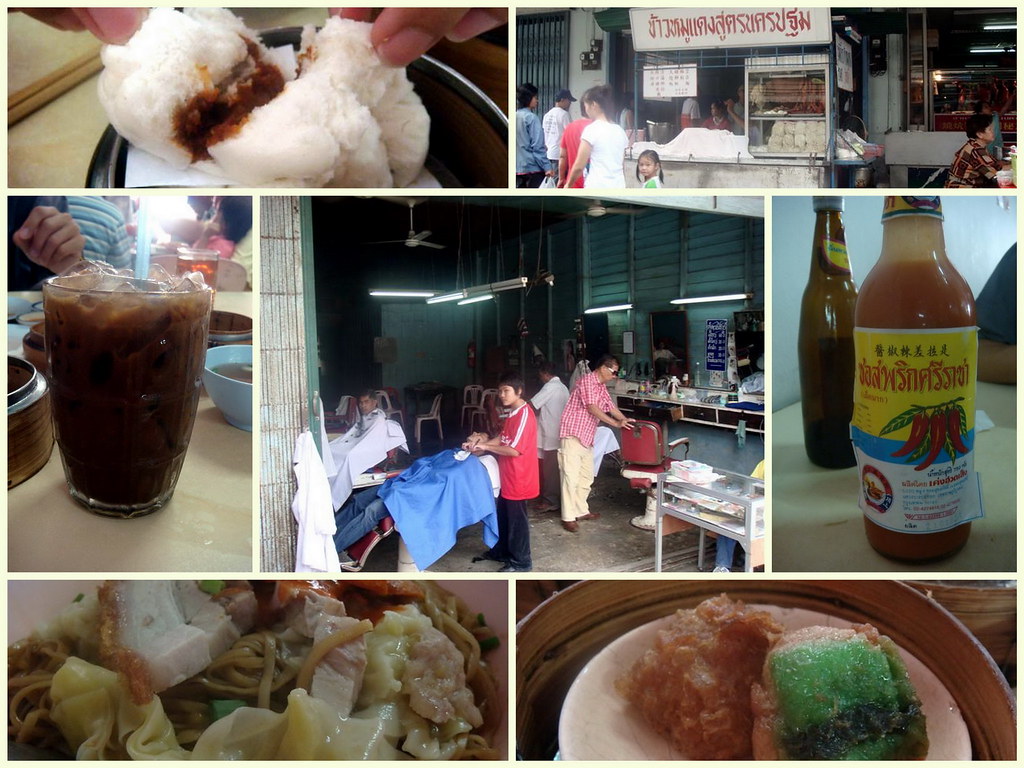 We stumbled across this biscuit manufacturer (owner in collage below, in striped polo tshirt and that’s his grandchild) which supplied Chinese biscuits to several towns. Business had slowed down due to the conflict here. The shop was filled with many types of biscuits stuck in limbo. 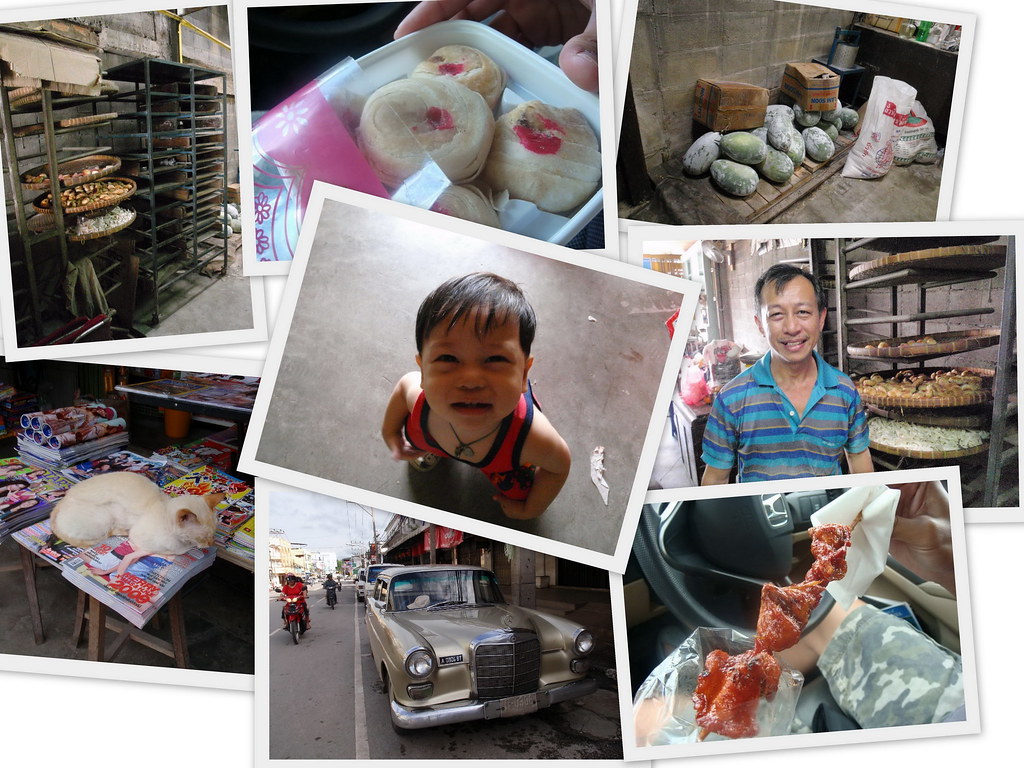 There’s quite a few well maintained antique Mercedes Benz in south Thailand. Must have plenty of parts available. We found this lady barbequing some meat on a stick. I think it was chicken(!)

As we mosied out of sleepy Betong to the next town, we headed up the cool hills for the touristy Piyamit Tunnel, drove by the Na Kor Hotspring and tried some Chogun/Shogun Orange which was really nice. 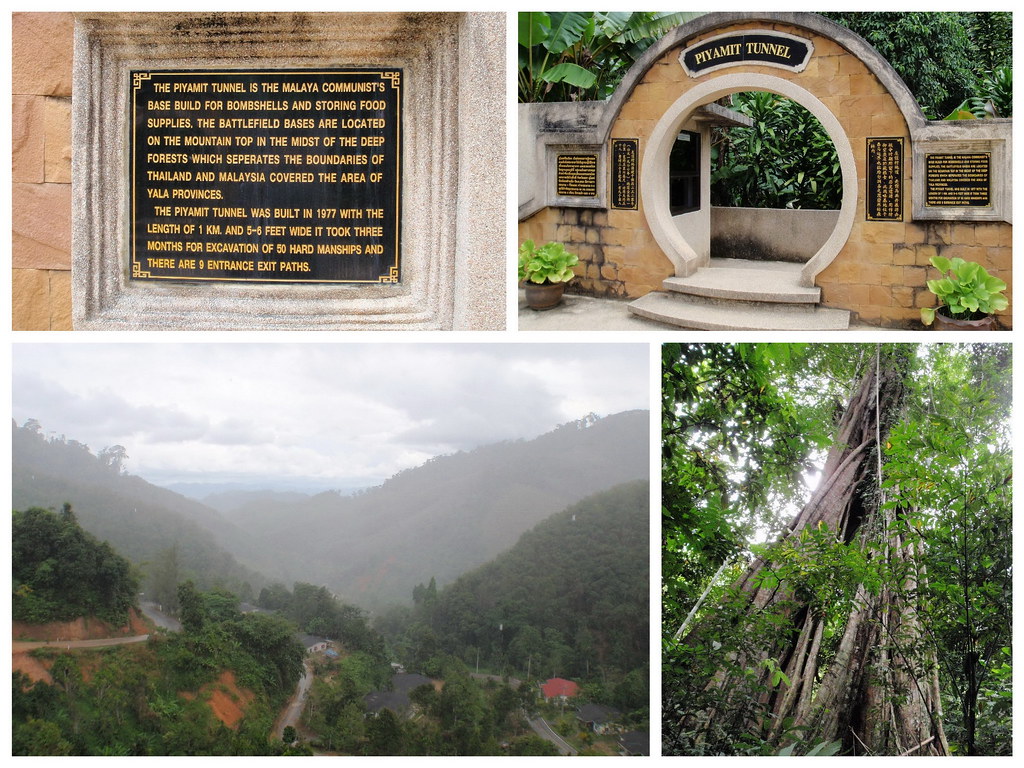 You may ask What and Where are Betong attractions? (kindly click map for a clearer picture!) 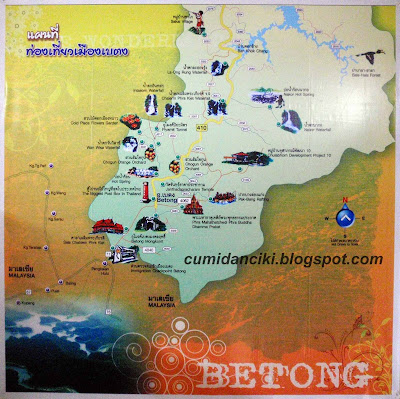