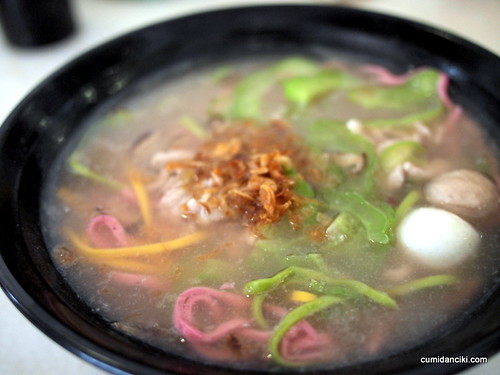 Those who follow this blog know that Cumi and I are big fans of the Pan mee. Pan mee is in fact  a Chinese-style noodle, originating from Malaysia and it looks like a flat flour noodle. Of late, this popular noodle has taken on different forms, shapes and even colors. Pan Mee is typically served in soup, together with dried anchovies, minced pork, mushrooms, and etc. It can also be served dry, in thick black soya sauce.

Based on a recommendation by a friend, we went to check out this particular shop called Tasty Pan mee in Puchong. 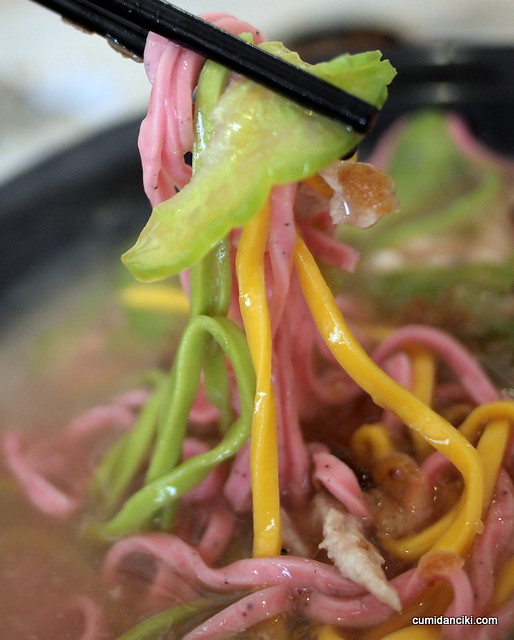 In and of itself, the opening of yet another pan mee, noodle joint isn’t exactly major news. But this humble little restaurant has several things going for it. It’s clean, modern and it serves pan mee with a colorful twist that I am sure the younger generation will appreciate. An efficient staff takes your order rather quickly and I’d be surprised if your food doesn’t materialize in the standard three minutes.

The outstanding thing at Tasty Pan mee is the flavour of the soup. This soup tastes like it has been boiled in pig bones, and dried anchovies  for hours, because the flavour is that good – the broth is meaty but not too heavy, if you get what I am saying. Don’t forget to add the crispy, deep fried anchovies that will further transform the soup. I found the noodles a little too starchy and not al dente enough. Cumi says it was because I took so long photographing the bowl of noodles.

On the luminous color of the noodles.. I’m not sure if it served any real purpose except to make it look upbeat and more interesting than eating the mundane off white colored pan mee. We tried eating the colors in individual strands but could not really make out the difference in taste, if any. I ordered the Fu kwa Pan Mee (bitter gourd noodles) and was happy to report that the bitter gourd was delicious. Not too bitter with just the right amount of crunch. I think in KL, the bittergourd craze is really taking the chinese coffeeshops by storm. All of a sudden, everyone wants to jump on the health bandwagon. This used to be the bane of my childhood growing up when mum used to force me to finish my bittergourd veges but now, it’s considered a fashionable, ‘must have’ dish,  on chinese restaurant menus. 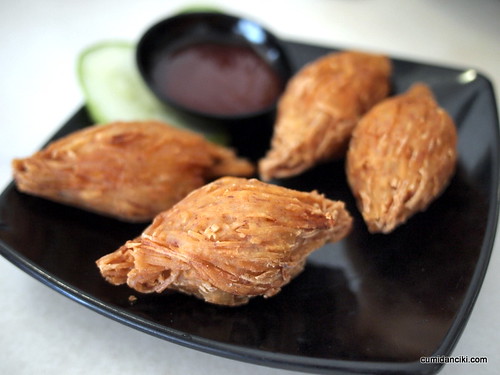 Apart from the noodles, another one of the highlights of eating here are these pillows of sweet pumpkin. Crunchy on the outside (flour batter) but divinely sweet and aromatic on the inside. Pumpkin is chock full ‘o goodness. You can tell by its bright color that it’s going to be beneficial for you. Not only is pumpkin loaded with vitamin A and antioxidant carotenoids, particularly alpha and beta-carotenes, it’s a good source of vitamins C, K, and E, and lots of minerals, including magnesium, potassium, and iron. 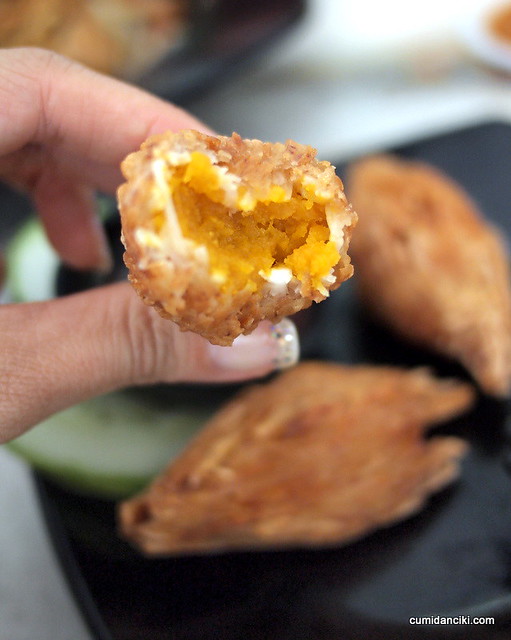 I’m not sure just how good, exactly, deep fried pumpkin is for you, but it sure was tasty. I am guessing that there is nutrition in the heart of it, there somewhere;) 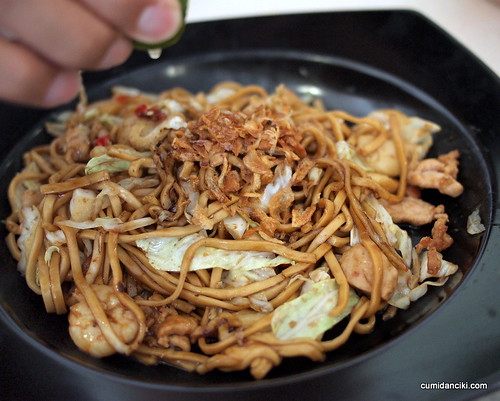 And should you feel like foregoing hot soup on some occasion, there is always the Pan Mee goreng, as in Chinese Stir fried Pan mee, which is precisely what Cumi ordered. This plate of noodles had loads of wok-hei (wok fried aroma) and came with a generous amount of prawns, meat and vegetables. Add lime to taste. Again the noodles were starchy as opposed to chewy. Could have been more al dente but it was flavoursome enough.

All in all, not a bad place. Do check it out.

If you have no plans in the evenings, and cocktails are your thing, then Astor Bar at St Regis KL is the place to…