From Makassar, we flew into Mataram, the capital of the Indonesian province of West Nusa Tenggara and the capital city of Lombok island – the quieter, more modest neighbor of Bali which has only opened its wooden doors to mass tourism probably only in the past 10 years. Still, the development of the island is comparatively slow, juxtaposed against the more overcrowded towns of Bali… which in our opinion, is great! What Bali has too much of, Lombok doesn’t and this is what makes Lombok special. 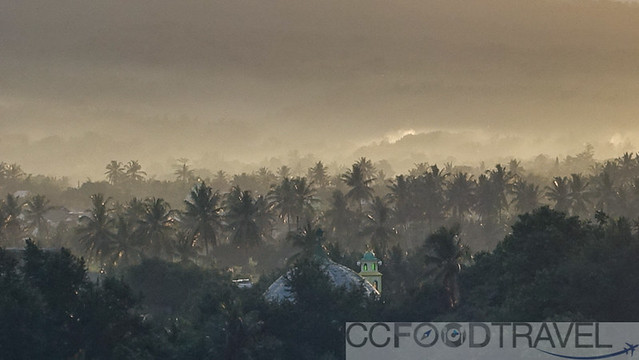 Lombok is the home of the Sasak people, one of 300 ethnic groups of Indonesia. Language of the Sasak is similar to Balinese. In general, most Sasaks are Muslims but a large portion practices a localised form of Islam called Wetu Telu which amalgamates animist and Hindu-Buddhist beliefs. 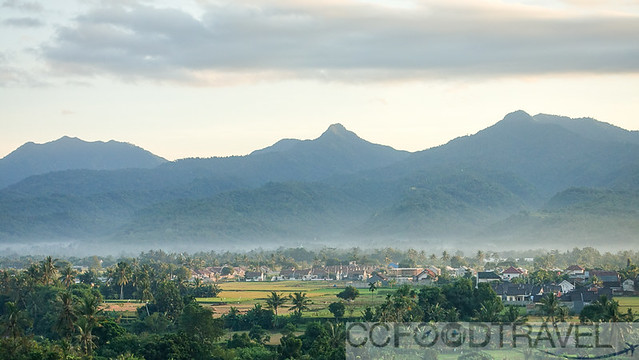 To learn more about the Sasaks, we visited Sasak Sade Village in Rembit where about 700 inhabitants live and carry out their way of life, like generations before.  In case you were wondering.. it’s not the village where UK pop-jazz singer Sade is from. 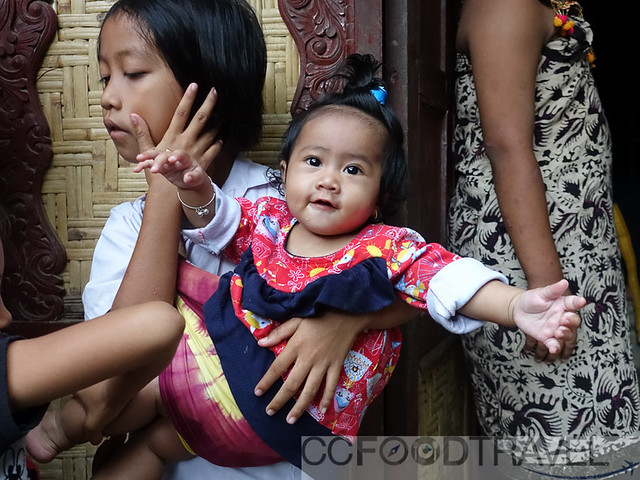 Upon arrival, we were treated to several music and dance performances showcasing the Sasaks unique culture and the animistic beliefs which are still relevant in their lives. 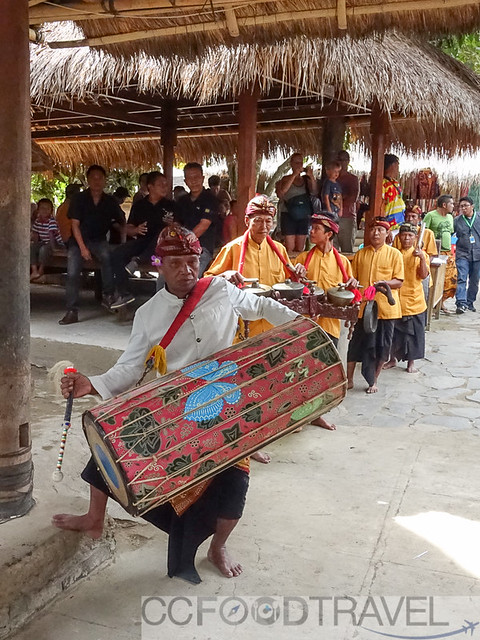 Tarian Gendang Belek. An ensemble of large drums and bronze percussion greeted our arrival which ended with a dueling drum performance. 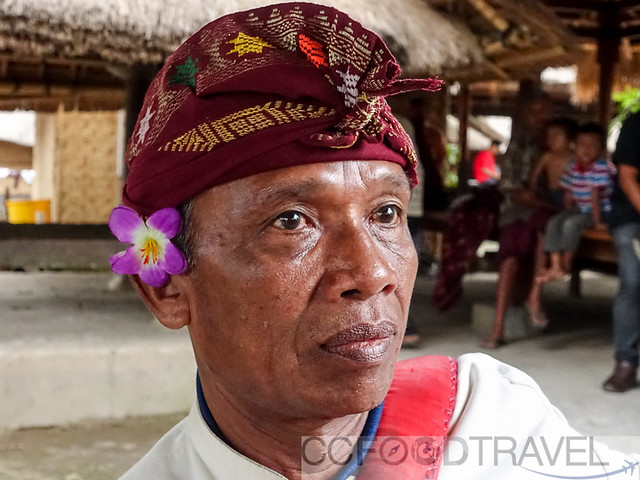 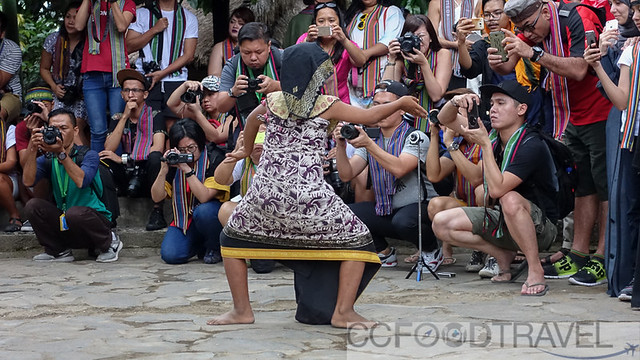 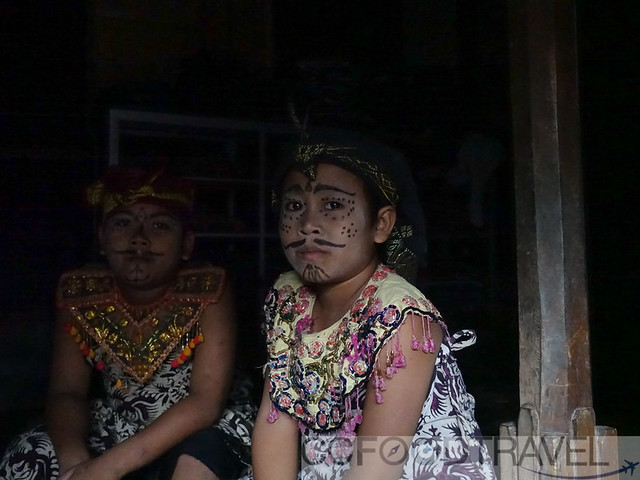 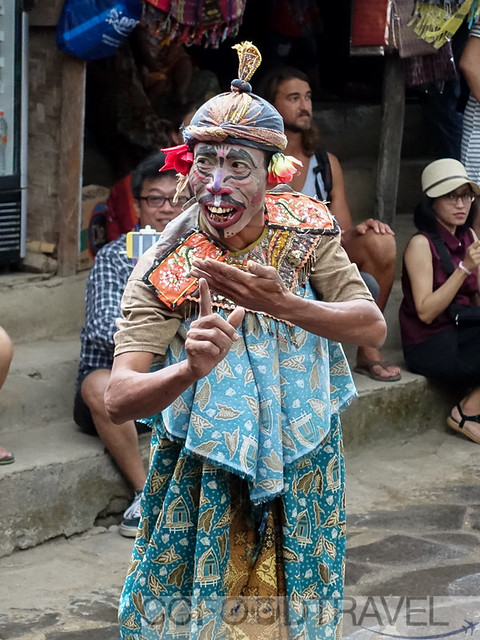 Amak Tempengus Dance, a clown/jester performance which drew a lot of laughters 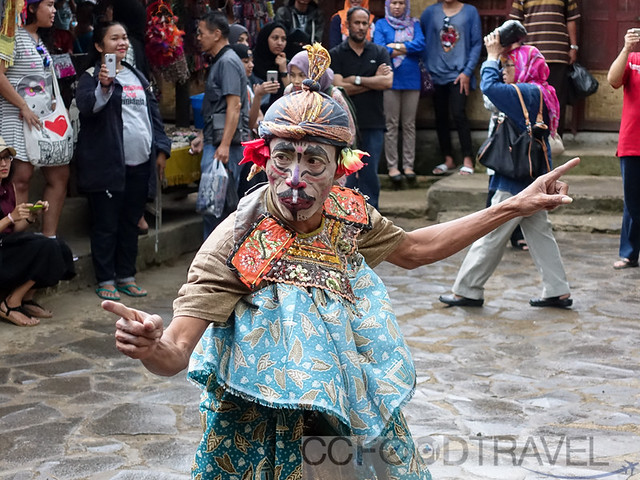 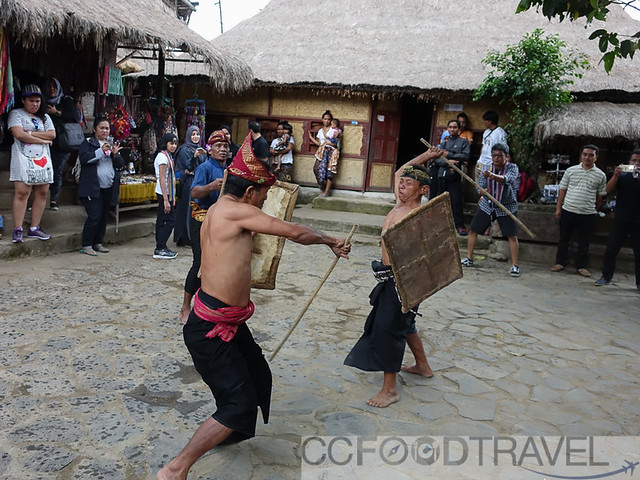 Perisaian, a mock warrior duel but with convincing hard blows on the shields 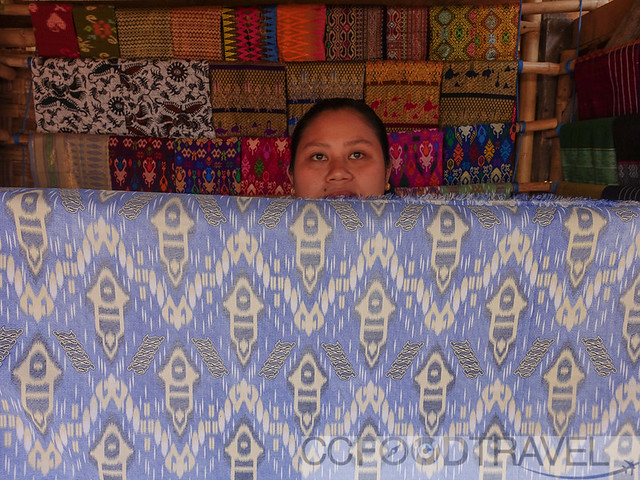 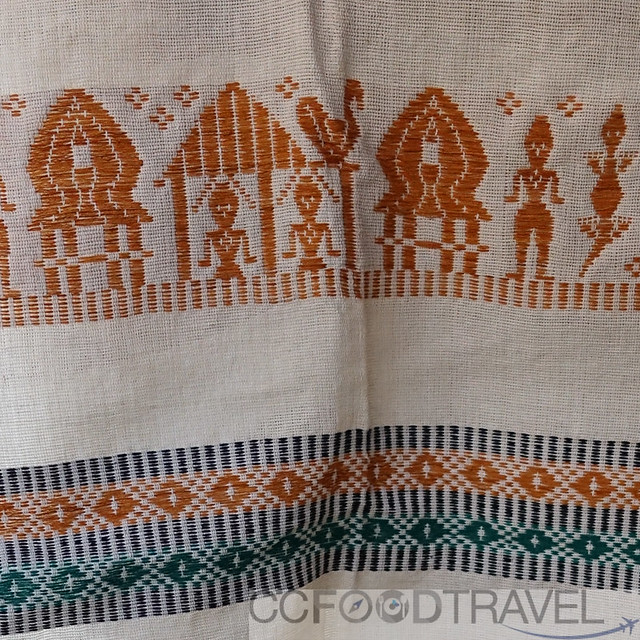 Made with banana yarn. A very coarse texture

The village is rather large. One can wander for at least any hour around the pathways to chat with villagers, to buy a cup of coffee, and to admire the designs of the handwoven fabric and handmade trinklets by each household. The woven work is very fine and comes at very affordable rates so instead of buying marked up pieces at a retail outlet, we highly recommend buying a few when visiting Sade or any other traditional villages here. 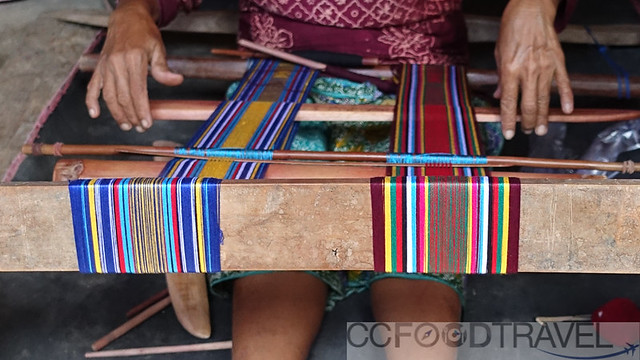 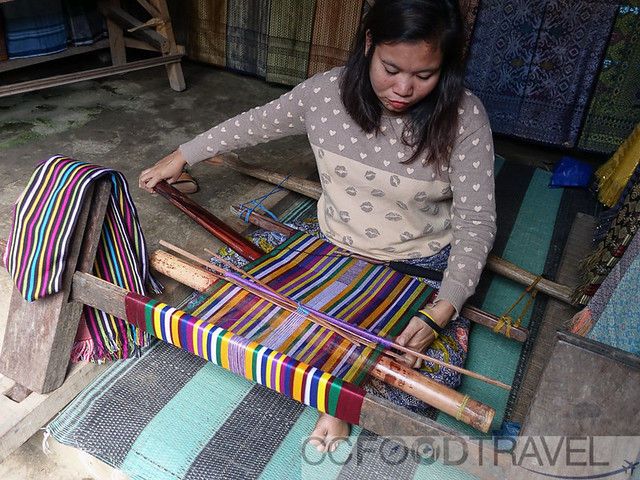 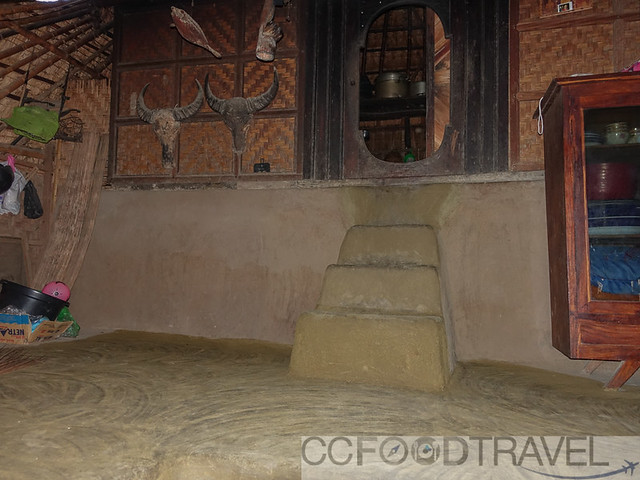 Sasak traditional homes are made from wood, nipah fronds, and bamboo. The floors are made with a mix of mud, and cow dung. You probably would imagine a home filled with a defecating stench swarming with flies, and the occupants regularly contracting skin and respiratory diseases, but it’s quite the contrary. When dried and the odor dissipates, organic chemicals in the dung repel flies and mosquitoes, and contains anti bacterial properties. This form of foundation is also used in many rural farmlands in India, and Bangladesh. 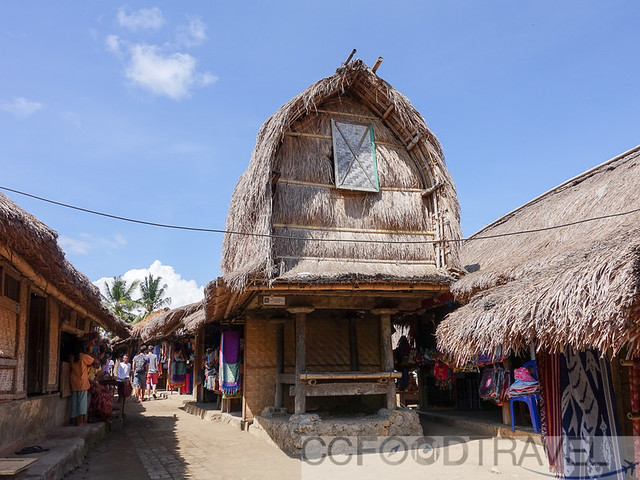 Some homes have high arched roofs where the ‘attic’ level are used for storage e.g. rice harvest 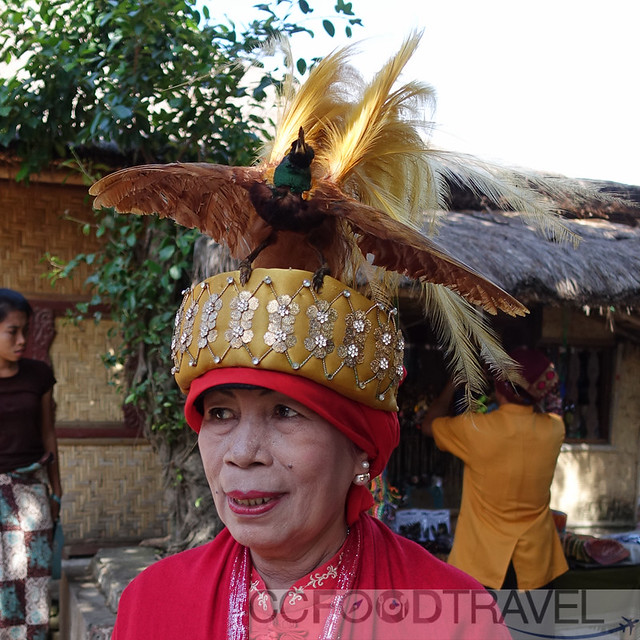 By chance, we met the Queen of West Papua, Ratu Tanah Datar Kokoda Rustuty Rumangesan with her signature headdress, the Raggiana Bird of Paradise 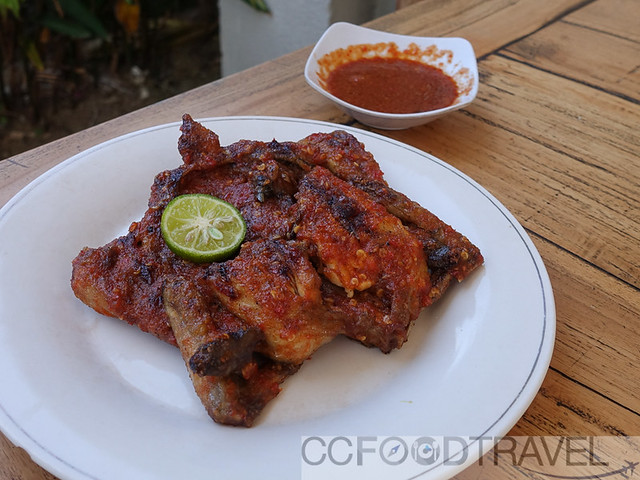 We enjoyed the experience at Sasak Sade and wished we had more time to explore the village and bought more of the beautiful handwoven fabrics. We continued our journey towards the coast, passing by popular Senggigi, to Teluk Kodek where we would cross the seas towards the Gili Islands.

Check out more images of Sasak Sade Village and the Gili Islands below.

Simply delicious.. or simply d for short. And while the concept of this outlet plays out in the fast-food vein, there are no shortcuts…