We recently returned to Sabah to visit Kampung Kiau Bersatu, one of the little villages in the Kiau valley, on the foothills of Mount Kinabalu. The villages here are only about 20 minutes drive to Kinabalu National Park which is the main entrance of the country’s highest and tallest pride, as well as, the sacred site for Sabah’s indigenous Kadazan-Dusun tribes. 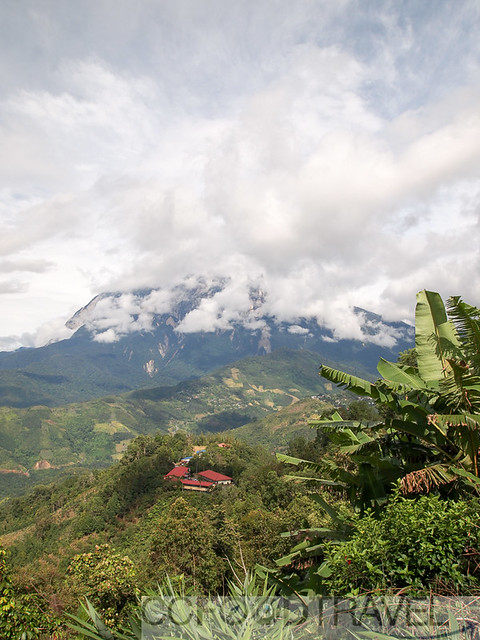 On 5 June 2015, a magnitude 6.0 earthquake occurred in the area of Ranau, approximately 20km away from the holy mountain causing damage to buildings and roads at villages, and nearby towns. The last recorded major earthquake had been in 1976. The worst hit was on Mount Kinabalu with falling rocks and boulders on the summit resulting in 18 fatalities, and landslides coming down the mountain side. Mount Kinabalu’s landscape had been disfigured. 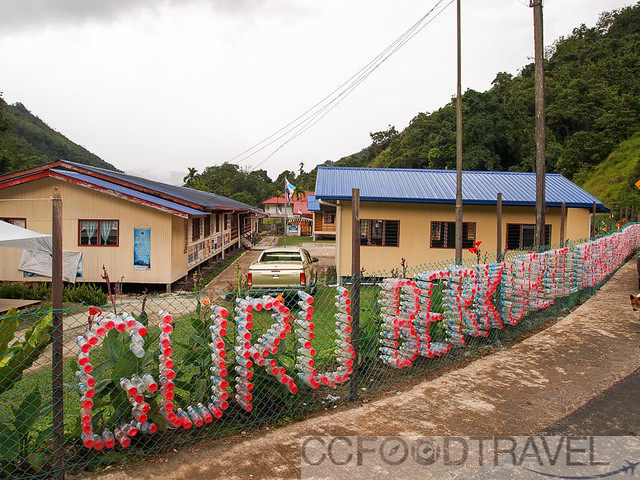 School building on the right is newly built. Recycled mineral water bottles as signage on the fence.

As a result of the broken rock sections and landslides on Mount Kinabalu, some of the natural water supply going into villages at the foothills had been damaged. Rivers and a hotspring in the area had turned murky from landslide soil deposits, and stirred up sediments. The earthquake had sent thousands of villagers scurrying out of their homes as many had never felt an earthquake before. 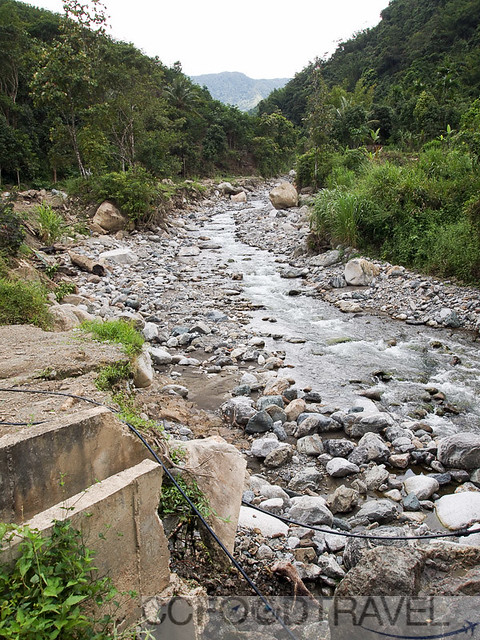 After the earthquake, the river water had been murky

Now 6 months down the line, we are travelling with Coca-Cola Malaysia’s Public Affairs and Communications Director, Kadri Taib, to inspect the completed repairs to the clean water supply to Kampung Kiau Bersatu and Kampung Kiau Nuluh in Kota Belud, where three out of their six dams and gravity fed water systems were damaged. Approximately 1,300 inhabitants of both the villagers were affected. This was part of the on-going “Clean Water For Communities” program in collaboration with Raleigh International since 2006. The program has seen Raleigh’s multi-national youth volunteers building or repairing gravity water feed systems in remote villages deep in the interior of Sabah, where basic amenities such as power and water supply are not easily available. 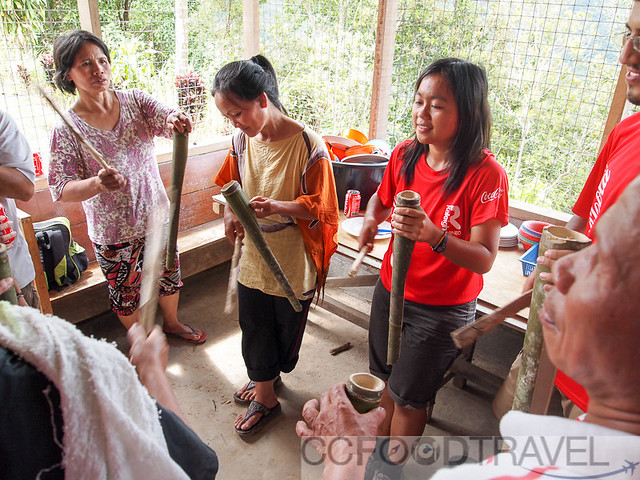 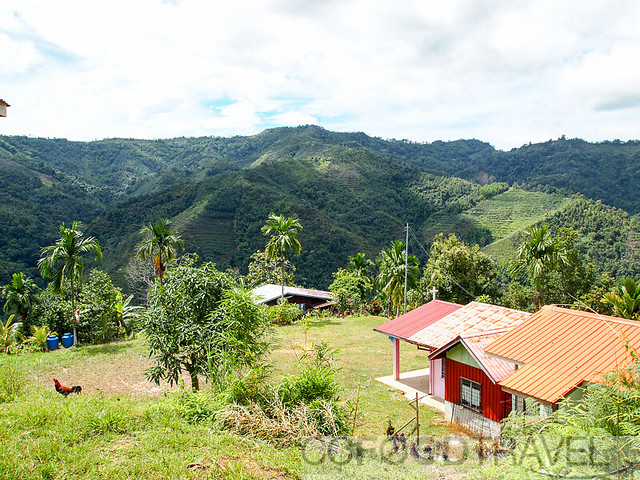 We were picked up from Kota Kinabalu by the Raleigh Borneo’s Country Director, Brandon Charleston, for a 90km drive up to the Kiau village. Most of the repairs to the gravity fed water system had been carried out by Raleigh Borneo volunteers with the assistance of the villagers and PACOS (Partners of Community Organisation) – a community-based organisation dedicated to supporting indigenous communities. 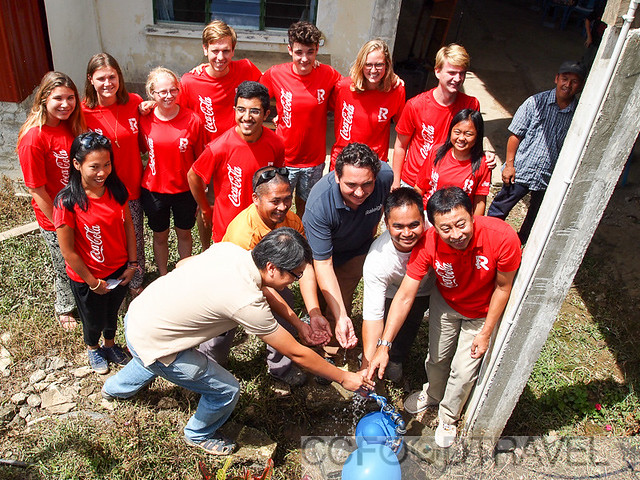 Kadri, Brandon, a village spokesperson and a PACOS representatitive officiated the event with speeches congratulating the volunteers. The access of clean water meant the overall productivity, safety and health of the rural villagers and their children improves. The remote rural communities therefore has an environment which they can focus on providing a better livelihood. 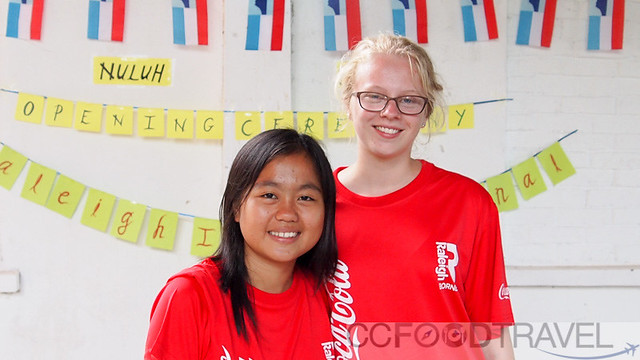 Both Beth Whittaker, 18 years, from Cotswold (UK) and Clare Natteybgansoi, 23 years, from Tamparuli (Sabah) were on their first tour of duty with Raleigh International – they explained the volunteers main task for 3 weeks was to rebuild a dam several kilometers away from the village. Hand carrying bricks, cement, sand and other building materials to the site was part of their duties which had made them stronger and fitter. Apart from repairing the water system, the volunteers have to cook, and look after their own well-being while under the supervision of a team leader. Off work hours, they would play and share their own unique culture and languages with the children. Sometimes they would get together with the villagers for meals, attend cultural and religious festivities plus learn traditional culture performances and language. 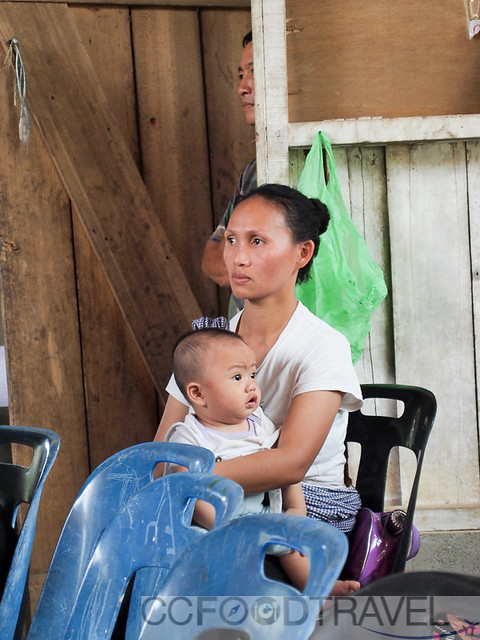 Even after almost 3 weeks of living together in a tiny shack, purpose-built for them, and without smartphones and tablets (until project completion), each of the volunteer’s spirits were still high and their bonds strong. Living in such close quarters and with such basic amenities for almost a month isn’t something I would be able to do at my age. 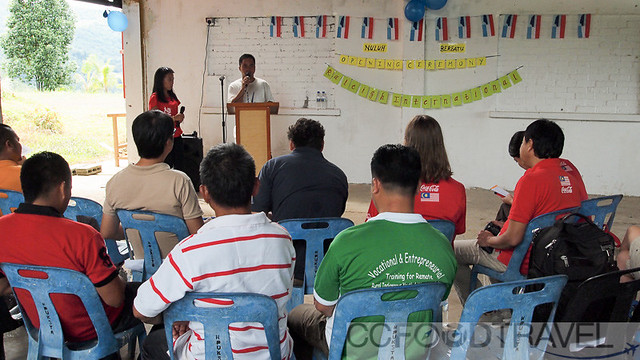 Observing the interaction between the volunteers with the village children, it looked like the volunteers had a great time exchanging cultural ties with their hosts and the opportunity to serve the community had given them a sense of purpose and broadened their view of the world. 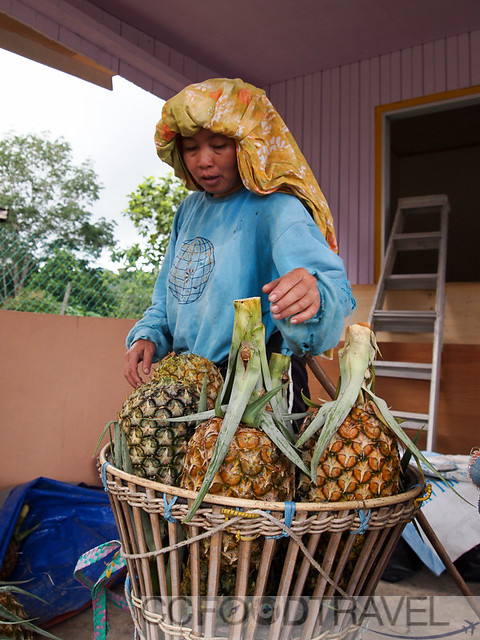 Talking to a few locals, they recalled the morning of the earthquake. The event had happened past 7am, a time where many had already begun their daily activities around their homes and farm. They had felt the earth-shaking under their feet. Those in buildings, saw their furniture, pictures and windows shaking, and rattling. Kitchenware rattled and fell off the counters when the tremors started to escalate. Many had rushed out into the open areas screaming in fear. Some of the senior villagers had felt tremors before but never of this magnitude. Eventual seismic reports after the earthquake indicated there were at least 89 aftershocks.

Today, most of the road and building damages that occured in the area has already been repaired. Without someone pointing out the repairs, we wouldn’t have noticed. 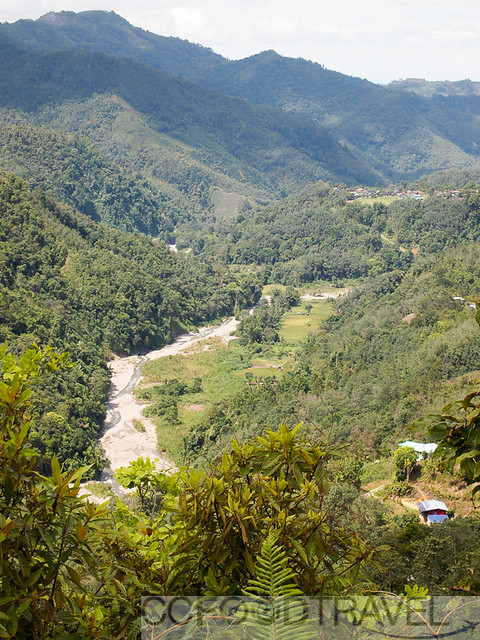 Driving from Kota Kinabalu on the narrow Federal Route 13 or AH150(Asian Highway Route) highway, the turning to Kampung Kiau villages is located about 5km after Pekan Nabalu, a popular marketplace for local food, handicraft and fruits. Pekan Nabalu also attracts travellers with a large majestic view of Mount Kinabalu. It is here, if you visit today, where you will see (if not blocked by heavy mist or clouds), the open scars from the earthquake on Mount Kinabalu. 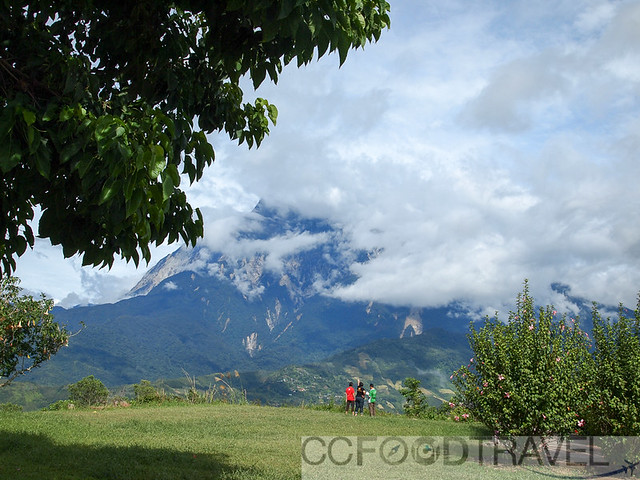 Mount Kinabalu shrouded by clouds. Scars from the earthquake can be seen on the mountain side 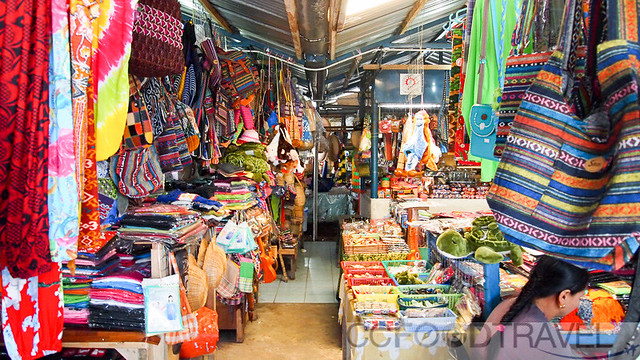 Business is a little slow in Sabah these days 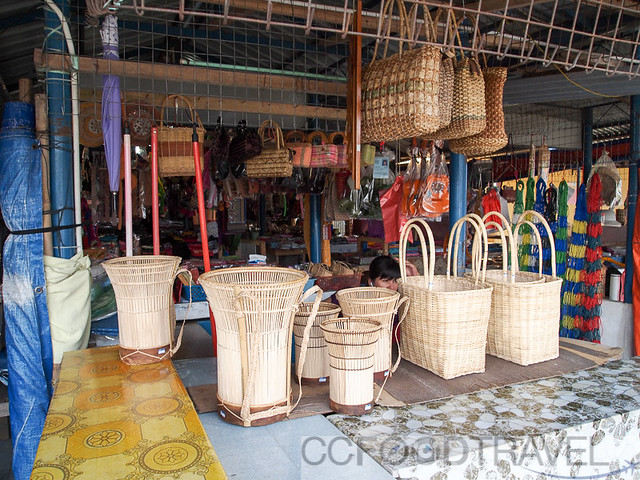 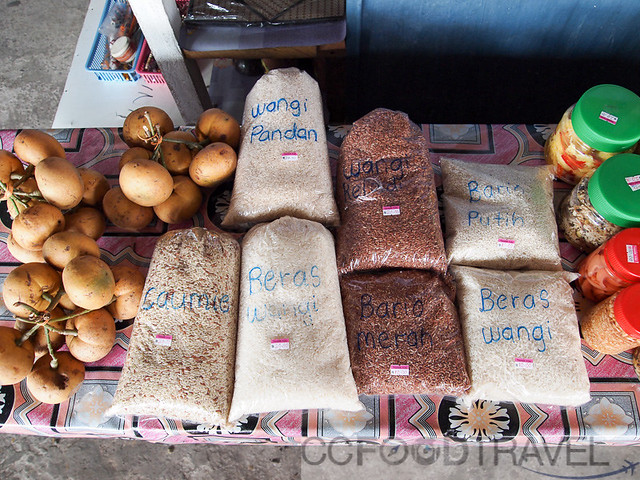 It might be worthwhile to visit Kiau valley for a day or maybe stay a night at a simple lodge or immerse yourself in a homestay program. The hilly village roads are tarred and in very good condition so a regular car can access, but a 4wd will provide better traction and power at steeper sections. There are signage to a variety of guesthouses, homestays and hotels along the highway so you will have plenty of lodging choices to choose from. It is no surprise with the number of accommodations available as Kinabalu National Park is approximately 10km further from Kampung Kiau entrance/exit on the highway.

For those interested in climbing up to Mount Kinabalu’s summit, a new summit trail, Ranau Trail, leading from Laban Rata lodging area, has just opened on 1 December 2015. Adventure seekers can once again plan an ‘assault’ on the highest point of the mountain, Low’s Peak. A second summit trail will be released later in the year. The original summit trail had been destroyed by the earthquake. It is unfortunate we left before the new summit trail was officially opened. 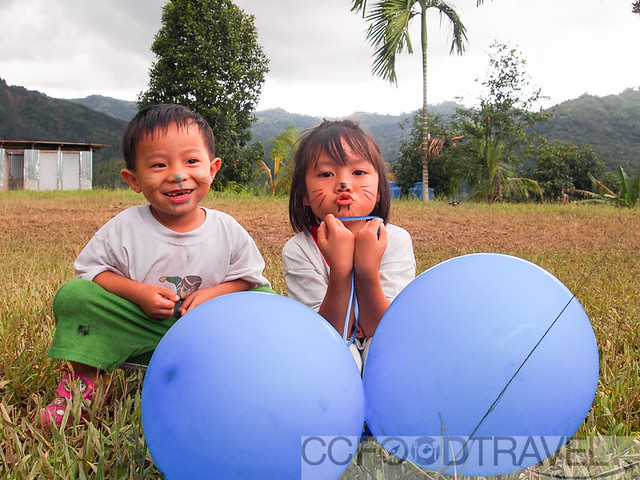 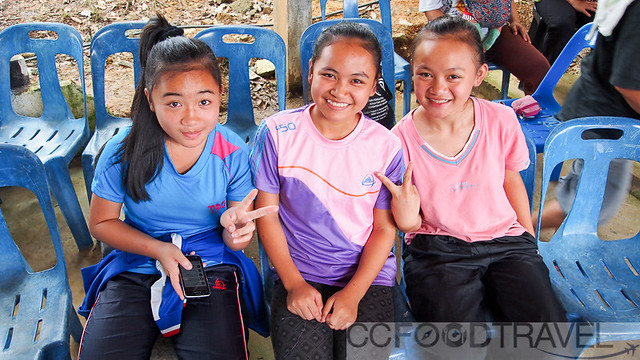 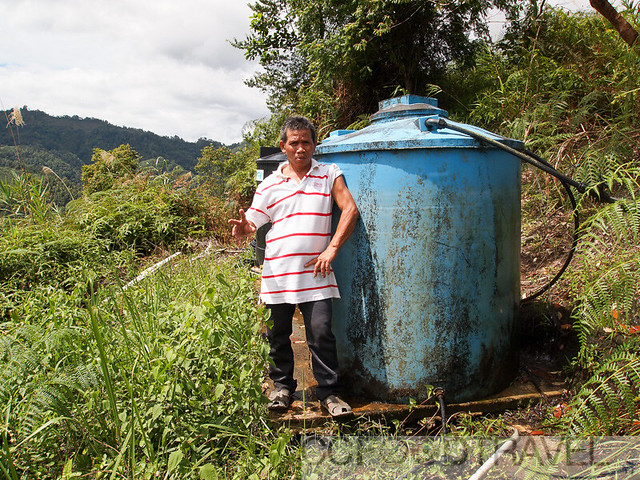 Tosiuni, my friendly village guide who led me up a slippery hill to show me where their water supply was collected. There was a cemetery further up and a good view of the Kiau Valley

See more images of our visit below. Hover over image for Forward/Back arrows. 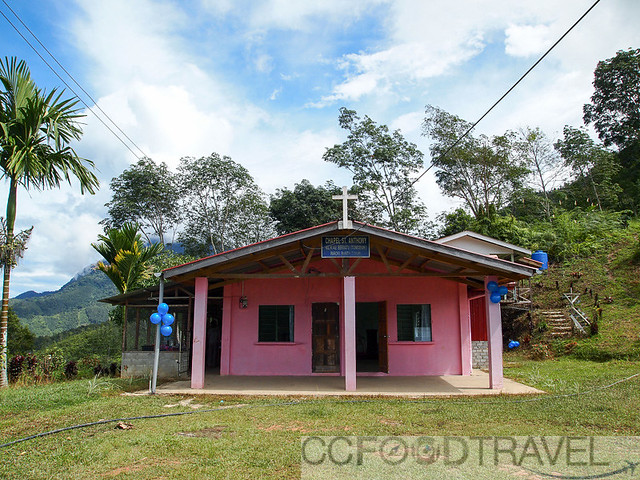 Today’s Chef in the Spotlight, is none other than the Chef who’s famous for winning in the Iron Chef challenge versus José Garces, Chef…