Ishin .. we remembered blogging about this place back in 2010, but since then, we never actually went back.

Blame it on the surge of popularity of Japanese cuisine over the years if you like, Ramen Joints, Yakitori bars, Sake Bars/Izakayas, Gyudon-ya, Sushi Joints – what with all the new Jap eateries spreading like eczema on a hot day, Ishin the establishment, soon fell back into the deep recesses of our minds.

Till this week – when we decided to revisit the place again. With a new chef at the helm, we were looking forward to being wow-ed. 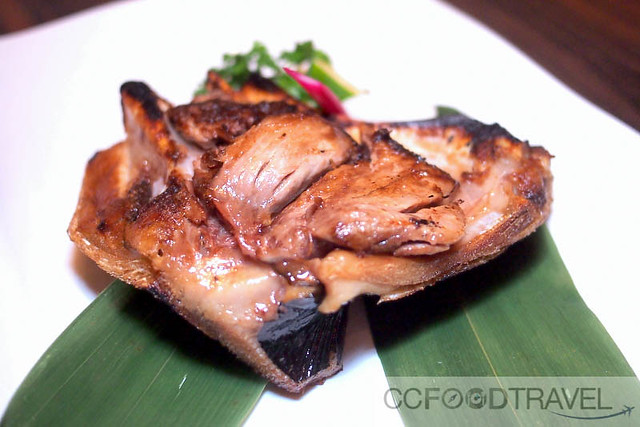 The tuna jaw. We were told that a 2 person portion would set us back by RM150, and this one here fed 4. So, first course into the meal and already down by RM300.. definitely not a cheap meal. The flavour was fantastic though – just some salt, and one could and should let the sweet, fatty unctuousness of the tuna take over. No need for much fan-fare – the freshness of this course speaks for itself. Order it. 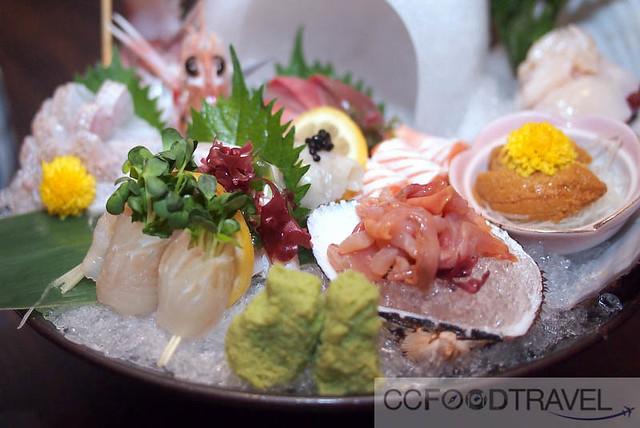 Again a super fresh platter of sashimi of  hirame, kodai, shima aji, hamachi, botan ebi, hotate, akagai, uni and salmon belly – the highlights for me, were the Yellow tail, O-toro, the scallops and the Urchin. Sweet and succulent, I could never resist a plump, excessive, platter of omega3 in all its shiny, raw glory. So, I literally licked the platter clean (or we did, rather). 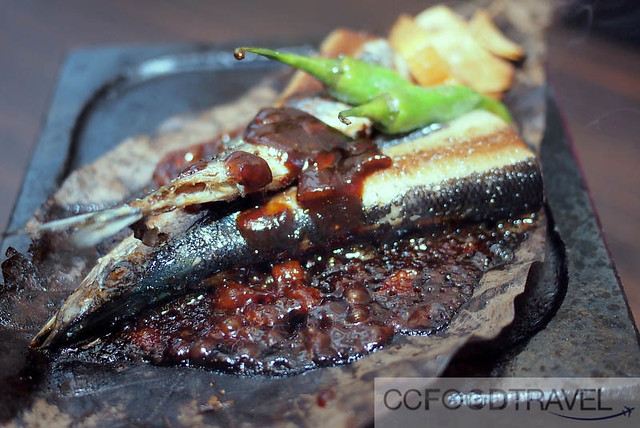 Some sort of sardine hot plate.. coated in a bean paste sauce – overgrilled, dry, fishy and too overpowered by fermented bean brininess, we were not impressed by this dish. What a waste of a great fish.. to over coat it in sauce like that. 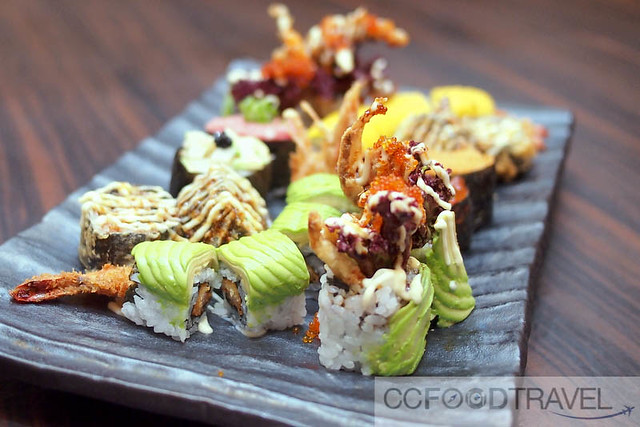 The obligatory maki rolls. Not my favourite – the amount of Japanese mayo employed is just such an American thing – you will never find this at the sushi shops in Tsukiji market. Ever. 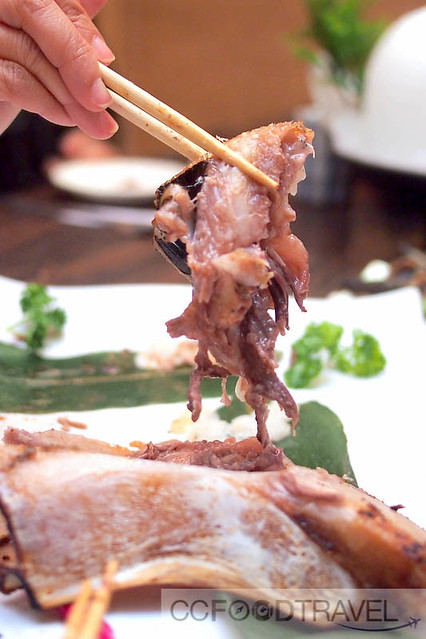 Back to that tuna jaw for refuge. OMG, what a magnificent hunk of flesh and fat. Everything else was a distraction! 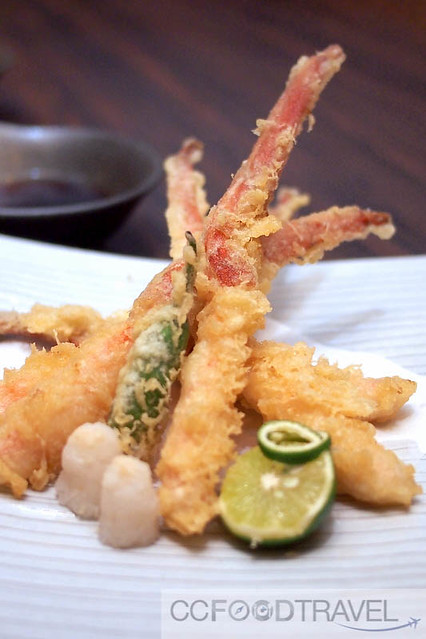 This dish made me weep tears for it. What a waste. Snow crab tempura – really, is it necessary to coat such a lovely specimen of crab in batter, then frying it? King crab should be eaten in all its naked glory. Not like some fast food, french fry. Really, a waste. 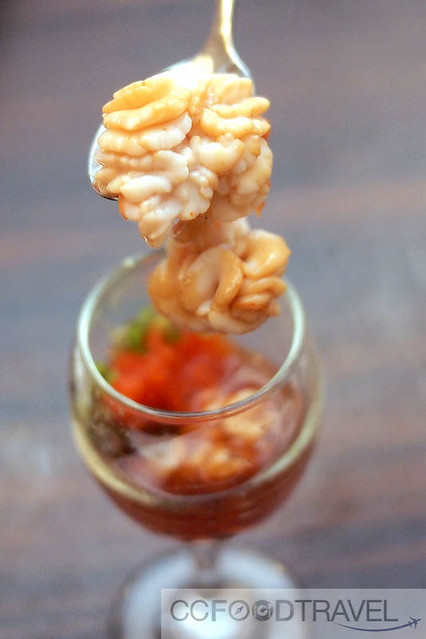 Shirako.. That familiar taste of sperm. Cod sperm/milt that is, served with ponzu sauce.. (What else did u think:P) Fatty and smooth, the milt just melted in the mouth. No complaints here. Our dinner guest found it a tad weird – all I can say is that it’s an acquired taste or texture rather.. it doesn’t really taste like anything. But the texture is like brain matter – sticky, gloppy, dense with solidified neurons. Accept that this is sperm. I liked it! 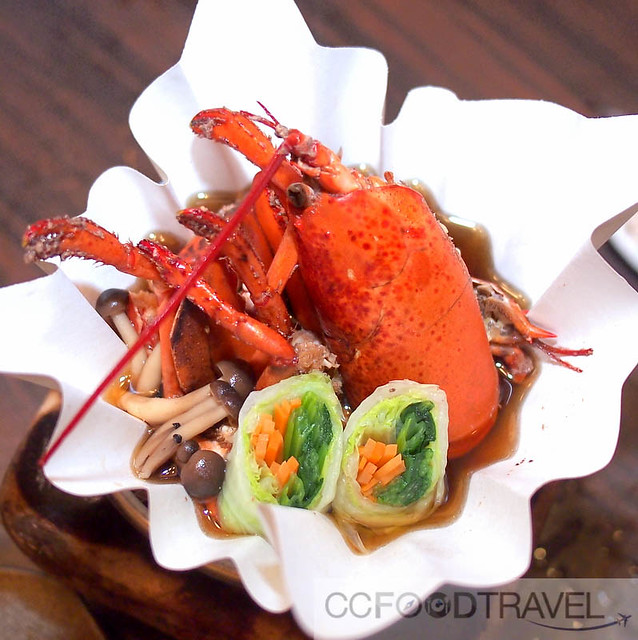 lobster kami nabe
Boston lobster soup. Again, what a waste of lobster. The soup was overly salty and tasted of Japanese seasoning and flavouring.. where was the essence of all that lobster ? Well, I bet it was in the soup, but I sure couldn’t taste it. 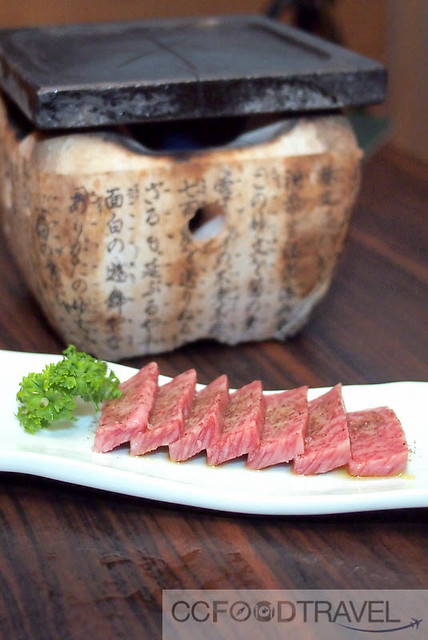 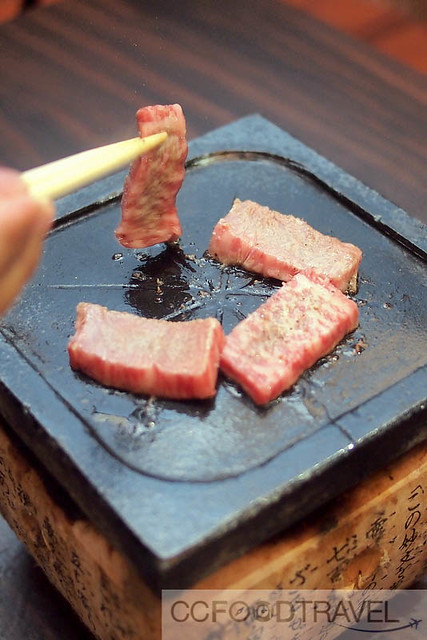 Grade A5 we were told.. don’t waste even a single bit! 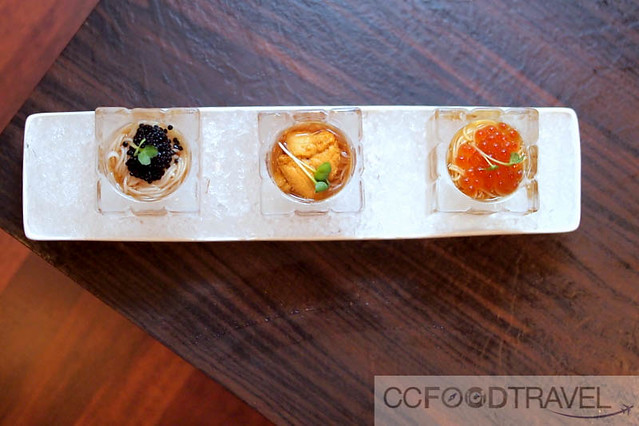 Final dish of cold somen, served with Salmon roe, Caviar and Uni (sea urchin) – overcooked and almost too mushy, we would have preferred the somen cooked al dente.

Dinner ended with 4 types of ice-cream and we wondered why we weren’t served some more authentic Japanese desserts. I mean, ice-cream is ice-cream, if I had to say anything impressionable about it, it would be that, at least it wasn’t overly sweet. Other than that, nothing really stood out for us.