Berlin.. the city where you can eat for cheap. And eat well.

What a lovely reputation.

The Fleischerei located in Prenzlauer Berg was the place I was headed for dinner. I had asked some Berliners for recommendations on the local butcher scene, that I might cover something meaty and substantial for the blog, to which I got the reply, Butchers are dead. Butchered. So to speak. 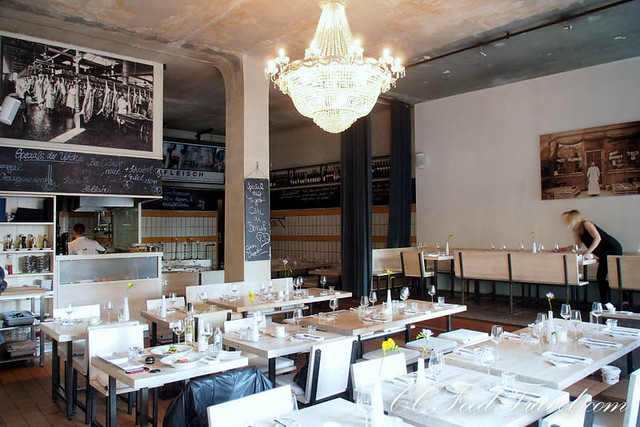 The closest I would get, to talking to some 3rd gen butchers was probably close to zero, but this place the Fleischerei, at least resembled one such slaughter house, though probably defunct a long long time ago. I suppose you could say, they found a better use for it. It’s now taken on the form of a modern & trendy restaurant located on Schönhauser Allee in Prenzlauer Berg. 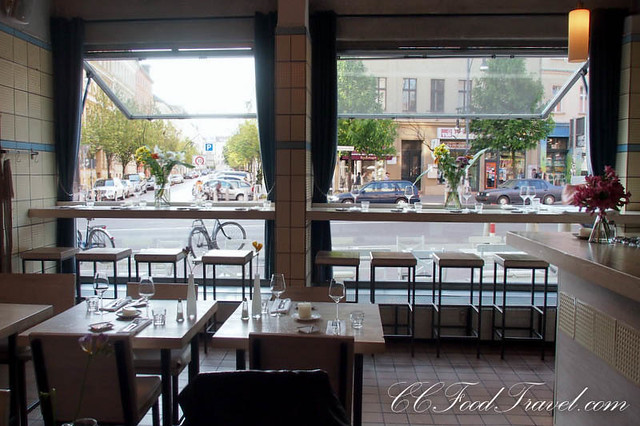 Schönhauser Allee connects up several local neighbourhoods, which have everything the shopping heart could desire, but set well away from the mainstream areas – plenty of unusual boutiques and restaurants. In a nutshell, you’ll find everything here that’s fashionable and chic. 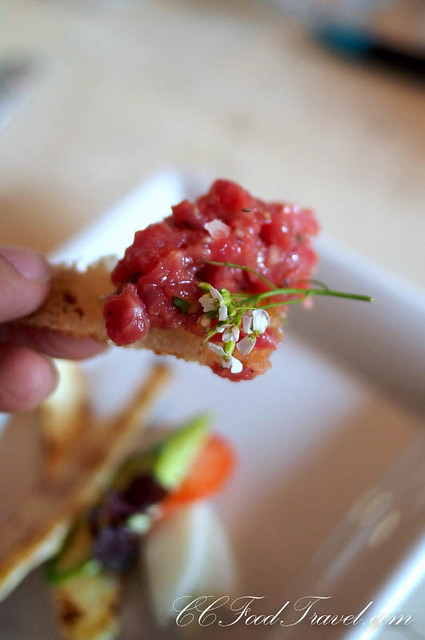 Well, the idea of sinking my teeth into a gorgeous hunk of steak is always appealing, and one look at the Fleischerei, and I like the place immediately. There were parts that looked sinister enough to be a butchers, but this was off set against some swanky chandeliers, crisp white linen, a backdrop of white tiles, metal swing doors and menacing photos of well, butchers of course. 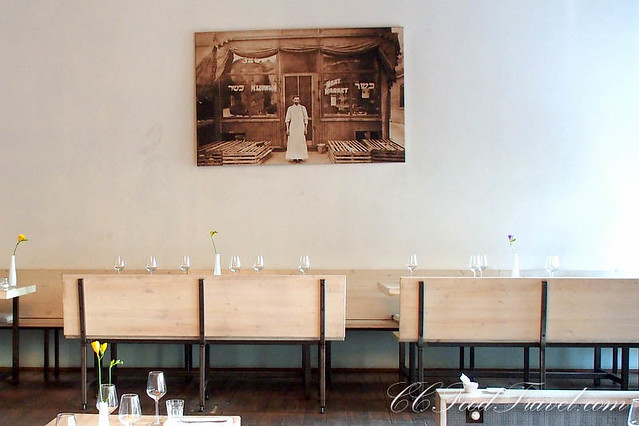 All rather warm and inviting and gastronomically stimulating to a hot blooded foodie, such as moi. 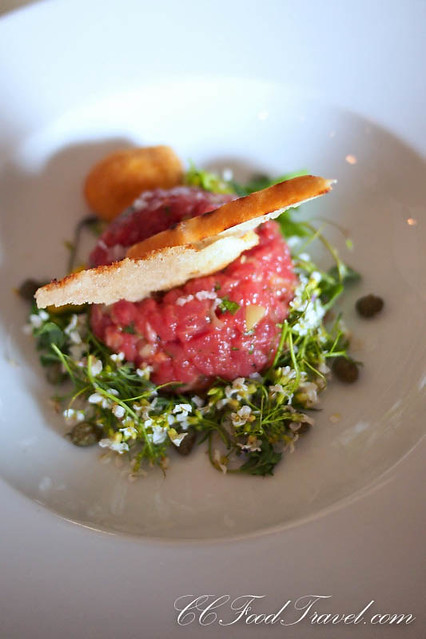 To cut to the chase, the Steak Tartare was to die for (€18 for 180g), and so was the Entrecote ((€24 for 260g) – the cut of the Cow that is synonymous with a rib eye steak. I also saw a Vegetarian option on the menu, although why any one would come to a Butchery to eat grass totally baffles me. 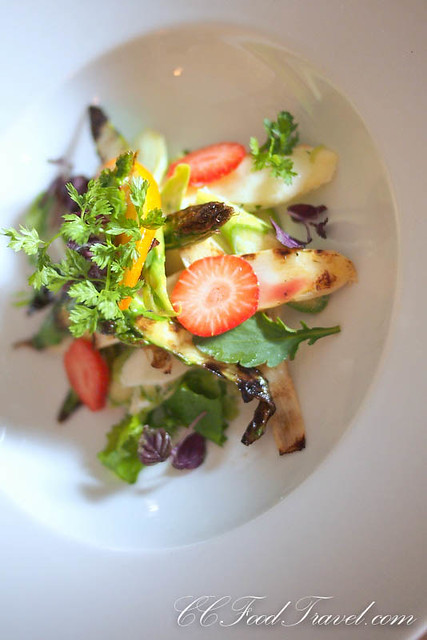 White asparagus was in season… a super delicious salad.. but I really couldn’t concentrate till I had my steak… 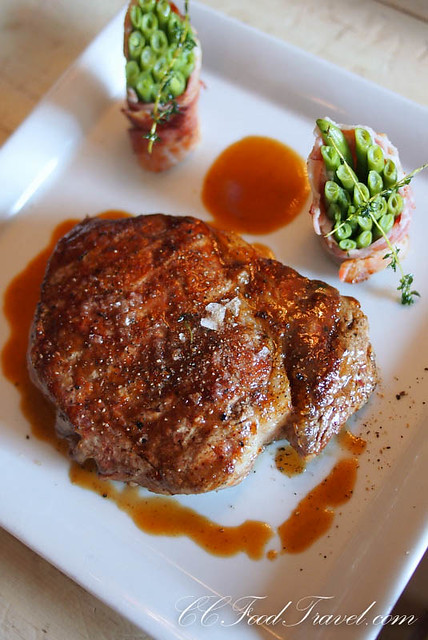 The wines here are predominantly Austrian. I had the pleasure of trying the Burgenland Weingut Hartl Toni which was a great pair for the red meat. 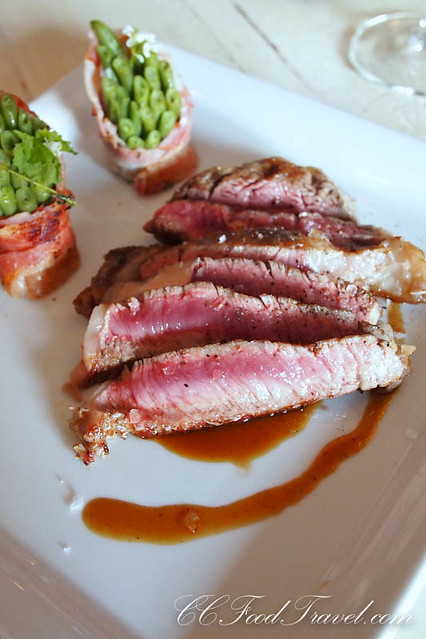 It had berries on the nose, mineral, peppery notes, full-bodied, with a long finish. Super delectable wine that went fabulously well with the unctuous fatty, medium rare steak. 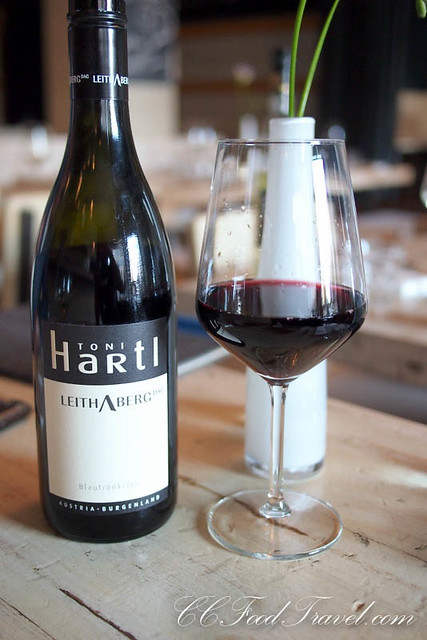 As it turned out, these nice folk also have an immense selection of Austrian wine—one of the largest in Berlin, in fact. So, you know where to go, if you have a hankering for fine Austrian wines. 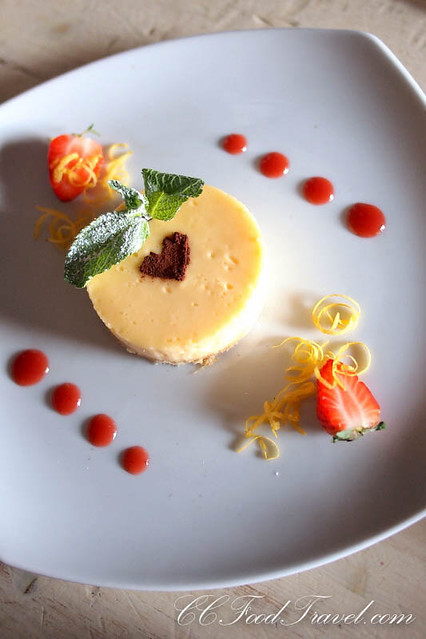 Travel Tip: Come to the Fleischerei for good ole German classics: whether it’s salad, steak, or schnitzel, you can be sure it’s top quality. Come here for a great selection of Austrian wine.

Come here for a hearty carnivorous meal that’s seasoned with culture and and years of culinary tradition, topped off with fine service. There’s enough quirkiness, heritage and modernity to add some excitement to that Berlin trip of yours, you can be sure! 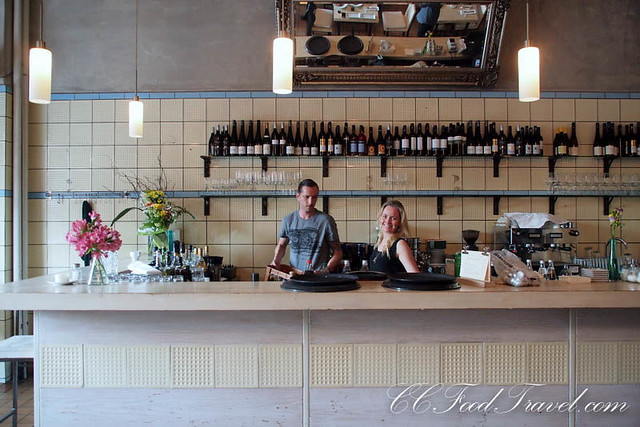 Liked this post? Read my other posts on Berlin here!

Wishing everybody out there, a serene end to the year..  with calm waters ahead of you.. ..from this corner of paradise, cumi & ciki…