I know for a fact, that the good people of the Republic, i.e. Singapore love to queue.

But Malaysians on the other hand, are probably a less tolerant bunch where queuing is concerned. Or at least that’s what I thought.

I myself find it a pain in the ass, and unless it’s some amazing, god inspired food, don’t ask me to get in line behind that those jostling families or dating couples. Heavens, no.

Anyway, Tim Ho Wan has finally reached our shores, and I am sure you already knew this thanks to all the media hype surrounding its opening… and no, I didn’t have to queue because I was there a day early for a sneak preview.

Today however, the queuing starts. You can be sure I will be no where near that vicinity of the Boulevard in Midvalley. This photo was courtesy of delectableSu who so kindly took a shot for me, as she was passing by on her way to work. 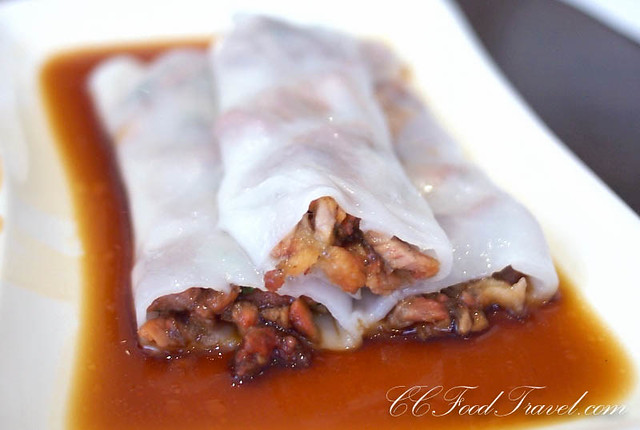 So, is Tim Ho Wan worth queuing for?

I don’t know. You be the judge.

Famed for being the only Chinese dimsum Michelin-starred restaurant in the world and spawn from Mongkok, Hong Kong by Mak Pui Gor, a former dimsum chef at Lung King Heen at the Four Seasons Hotel, this restaurant is famous, to say the least. 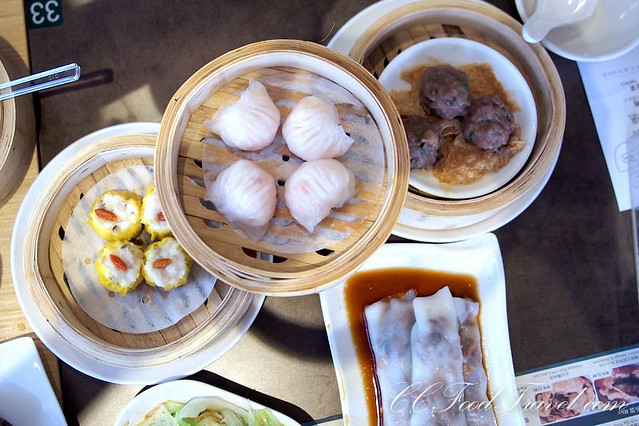 And all the hype had us just dying to sink our teeth into their delectable dimsum. 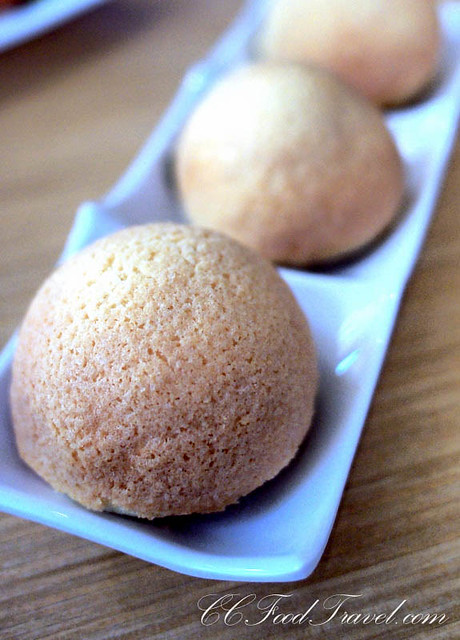 We settle down and to lunch and immediately order everything on the menu.

Tim Ho Wan’s 4 Heavenly Kings were slightly less than heavenly. Of the four items, the baked bun with BBQ pork, the pan fried turnip/carrot cake, the steamed egg cake and the vermicelli roll stuffed with pig’s liver, I only liked the Pig liver Chee Cheong Fun. It wasn’t that the rest were bad.. they were just, mediocre. 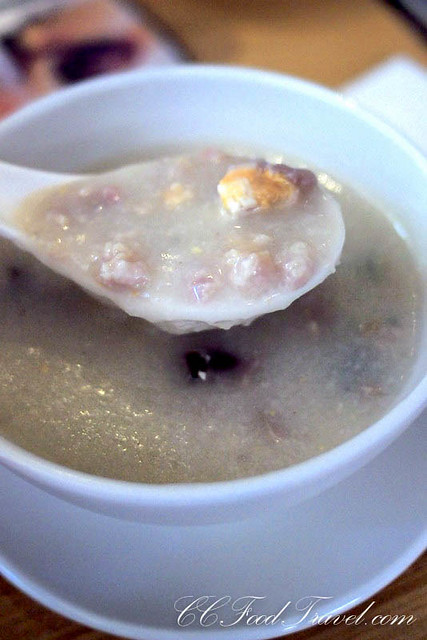 The other saving grace was the Peidan Porridge. This congee is to die for -super smooth and full of chunks of salted egg, salted egg yolk, century egg & pork it’s great comfort food, and great for a hangover.. so Fatboybakes tells me. Priced at RM9.80, it ain’t cheap, but you will be happy with what you get. The quality is there. 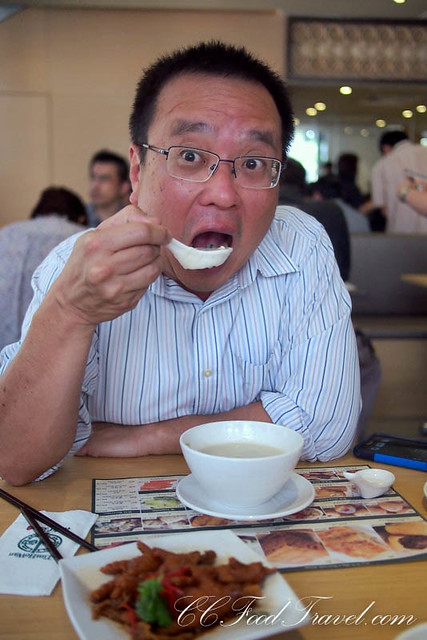 Fab congee.. had to fight fab FBB for the last drop 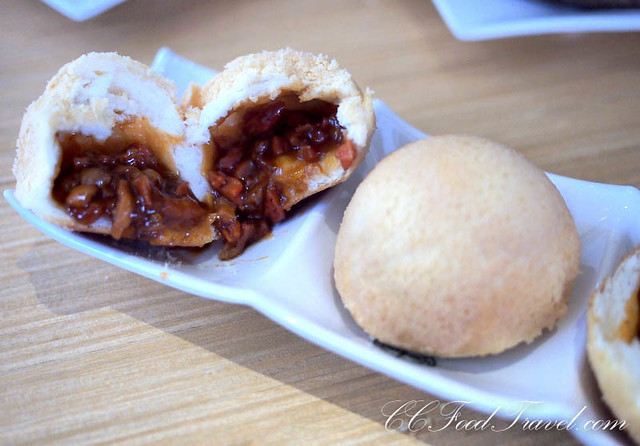 Three signature light yellow buns (RM10.80) , were soft yet crisp on the outside, and had a sweet, milky taste. Inside, the steaming bun was the BBQ Pork – somehow we expected more from the Charsiew.. this one was sweet and tender but lacked the deep smoky flavor that’s essential for a great mouthful of BBQ-ed, caramalized, porky bliss. The texture was nice, but not really bowled over by this heavenly king. 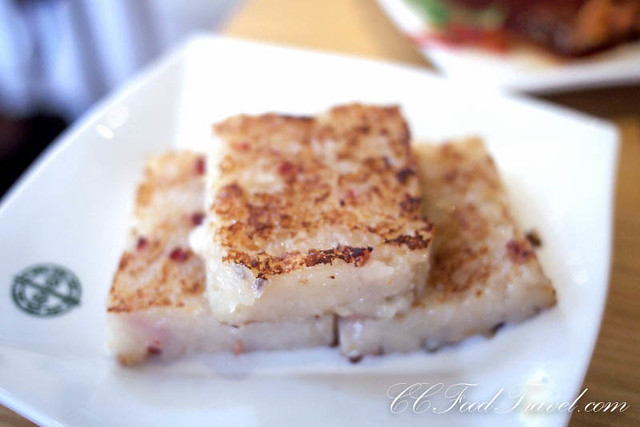 Pan-fried carrot cake was white and soft, and studded with pork bits. It was a little mushy for my liking. (RM9.80). 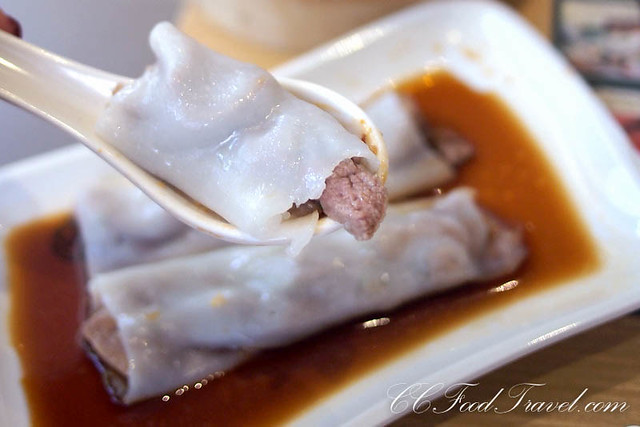 Now the pork liver chee cheong fun (RM10.80) I liked. It has silken smooth vermicelli noodles that slipped and slided between chopsticks, a great liver texture and gingery offal aroma from its generous stuffing. Loved it! 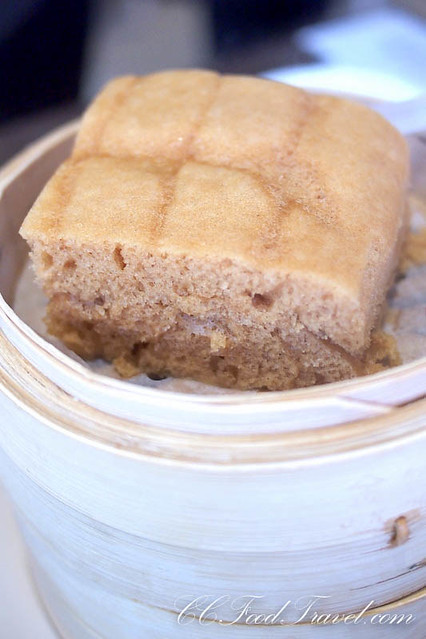 The steamed egg cakes (RM7.80) were soft and fluffy but again lacked a distinctly deep Ma Lai Gao eggy flavour that is essential in a great egg cake.

And then the rest of the dimsum was just one big blur. 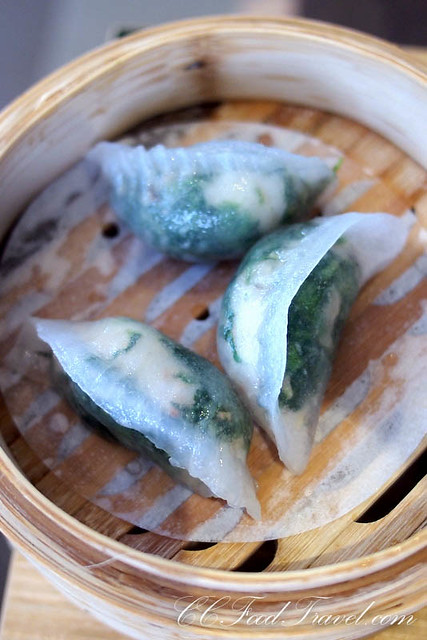 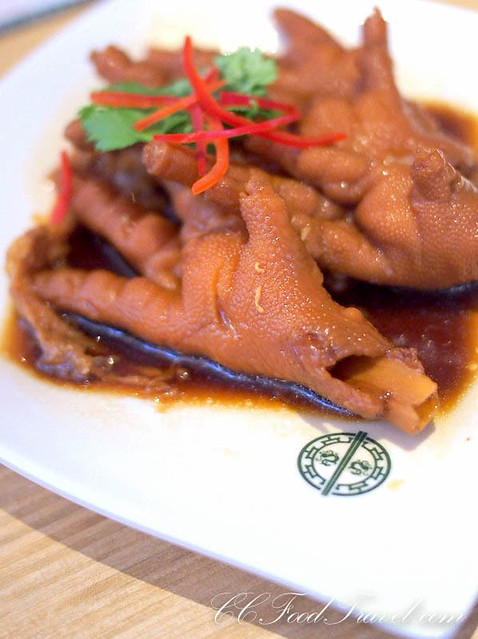 rubbery tough chicken feet.. don’t order this. I was disappointed being a fan of the feet.. 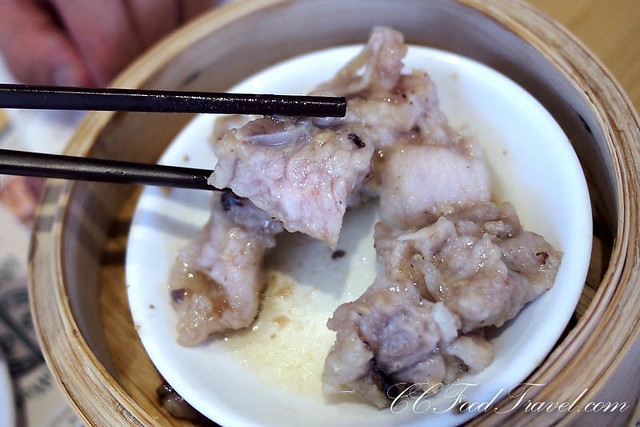 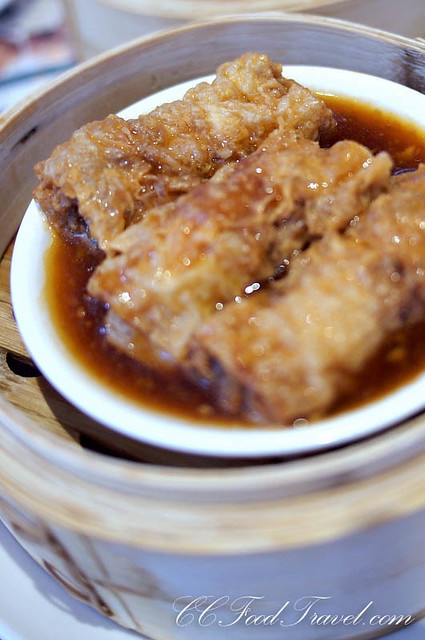 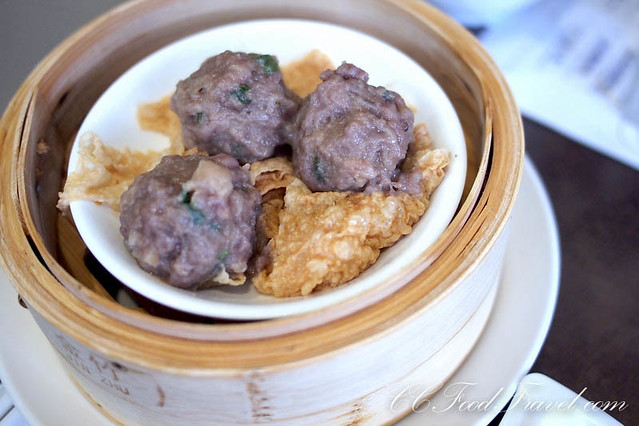 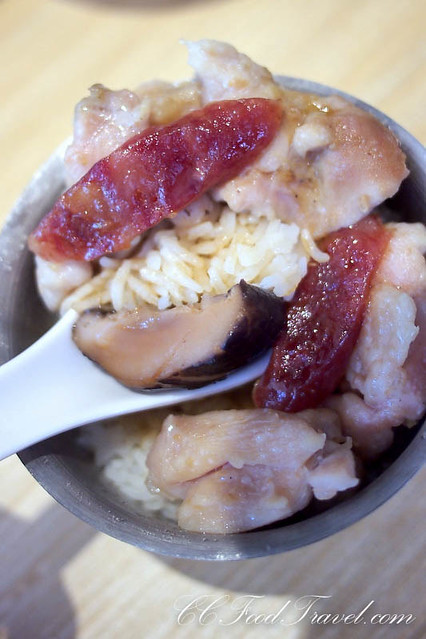 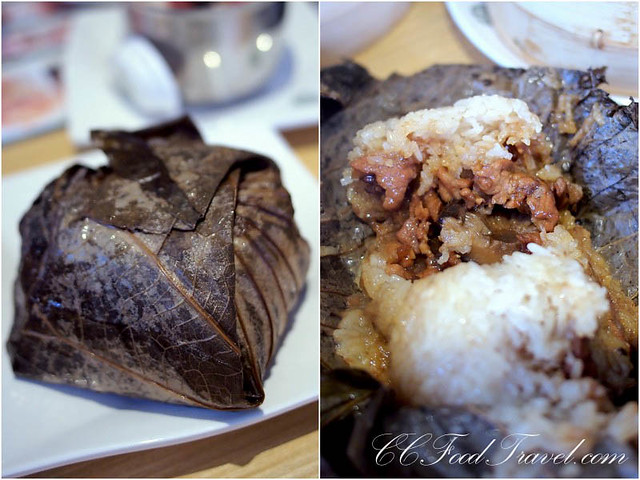 Lotus leaf glutinous rice for RM12.80 could have been better. 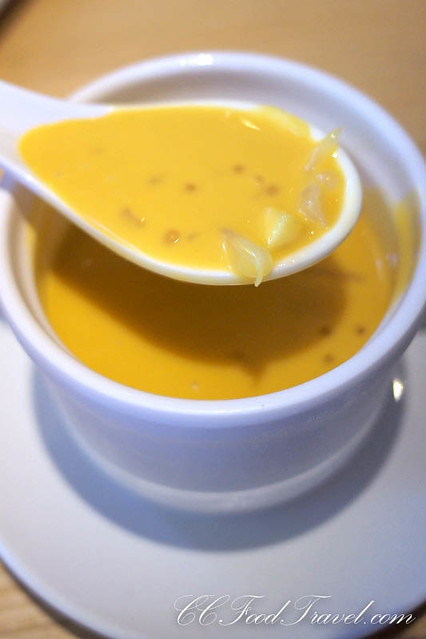 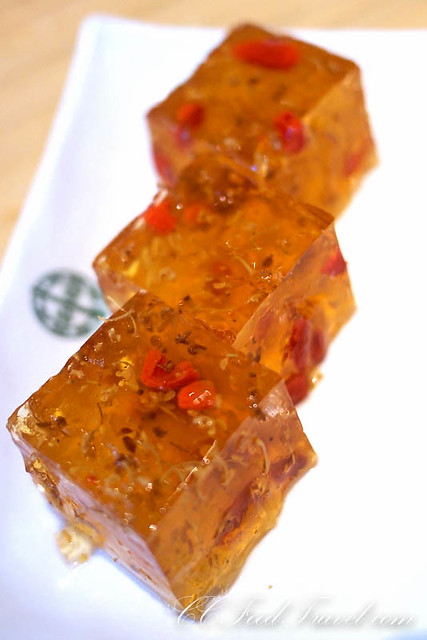 So… would I queue for this dimsum?

Well maybe just once for the novelty, and definitely for the peidan congee and the pig liver chee cheong fun. Other than that, I’ll leave the queuing to the good people of the Republic.

The amazingly versatile wines of Austria must have long been a secret that they guard jealously, or that only wine connoisseurs know about. Because…