The king of crustaceans, makes an appearance this July, at The Restaurant, The Club Saujana. If lobster is something that immediately jumps out from the menu at you every time you visit a posh restaurant, well, then, this must be the promotion for you. 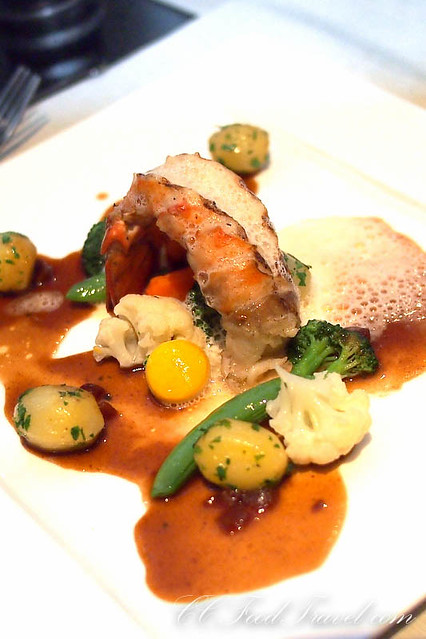 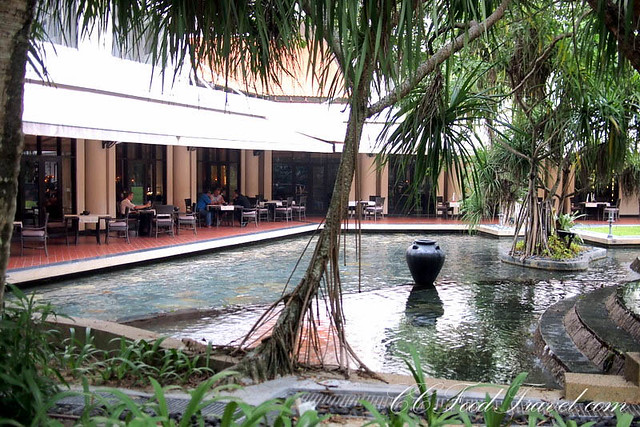 Lobsters from Maine are what I am talking about. And ordering it in one of its many forms here at The Restaurant, will not disappoint. The Lobster Bisque with Lobster Grissini is rich and creamy, served beautifully hot and perfectly seasoned. With each mouthful of liquid comes a nice crunchy breadstick of lobster , just waiting to be dunked into, then fished from the sumptuous broth. 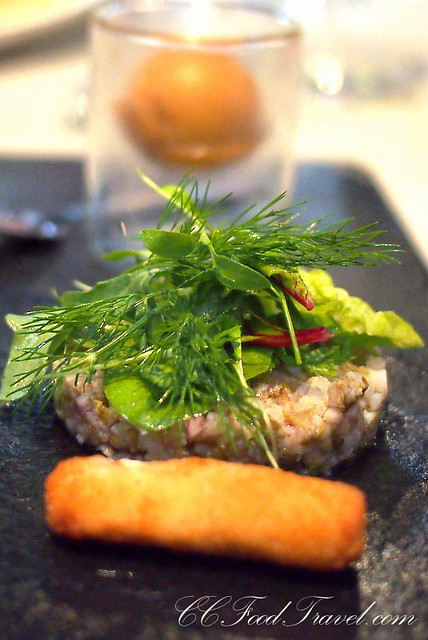 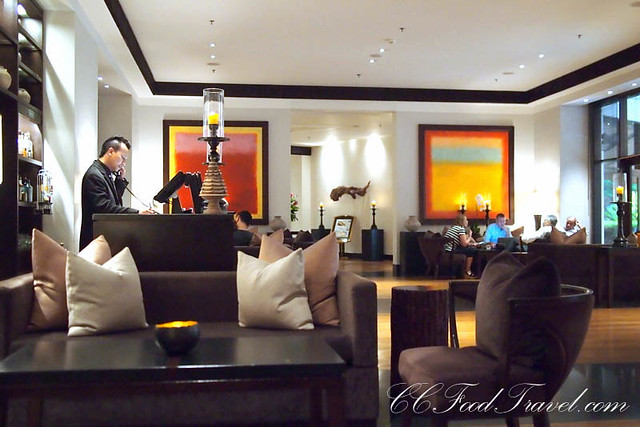 There is a good choice of lobster dishes no matter your mood – lobster carpaccio, lobster tartar, lobster salad, lobster-based pastas as well as soups, and for the mains, still the succulent Maine lobster (de-shelled) and prepared in different ways. It’s hard to pass on the Smoked Lobster tail. A well-proportioned meaty chunk of fresh lobster tail, it is served simply, with just the tail end of the shell, and without anything detracting from the freshness of the shellfish. 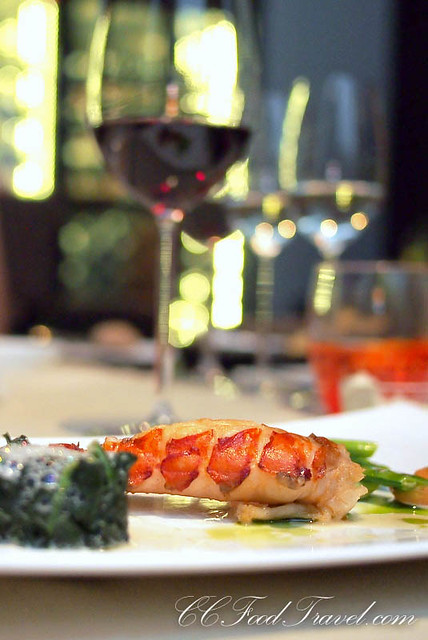 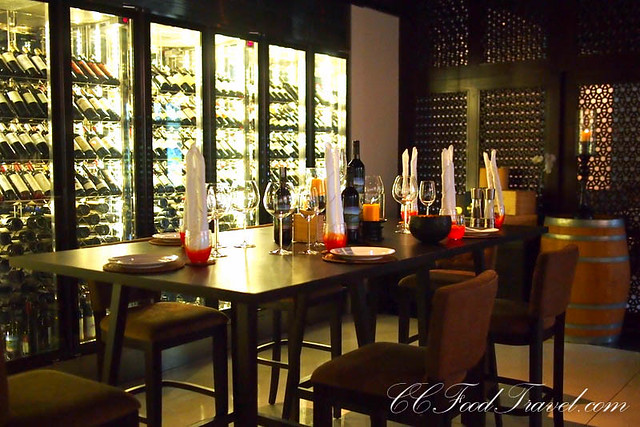 Alternatively if you like foam sauces, the seafood choices are aplenty – the standouts include the signature Lobster al’Amercaine and the olive oil poached lobster tail. 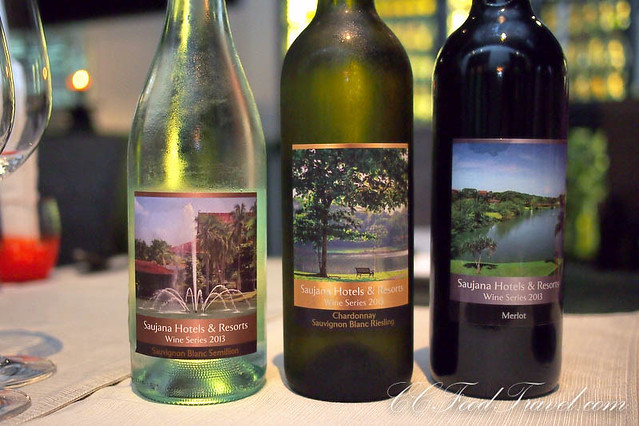 Austrian Chef, Chef Alexander Waschl does a fine job making a meal out of them lobsters and especially since the quality of the Maine lobsters is high, the preparation can be simple, allowing the ingredients to speak for themselves. 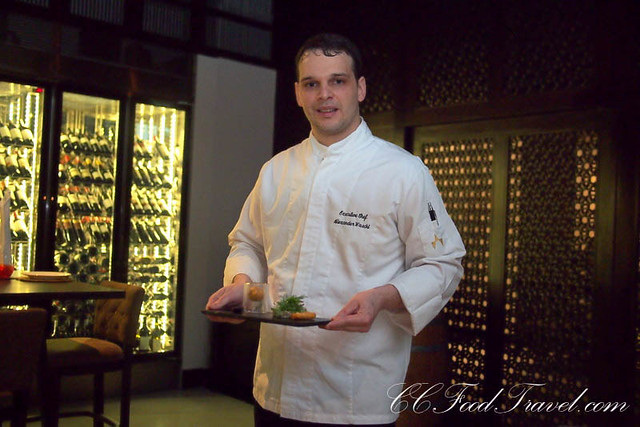 And speak well they do. 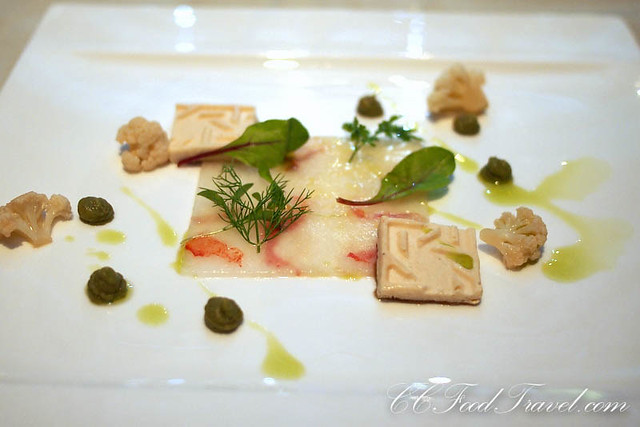 This dish was a huge hit with everyone at the table. A flat, square delicate slice of raw lobster, served in the same cuboid theme, with square lobster mousse pieces,  pickled cauliflower and avocado cream. Loved the artsy-fartsy nature of the lobster mousse which had been embossed with a pattern, and had a thin layer of jelly under it. The texture and freshness of the lobster carpaccio was out of this world. 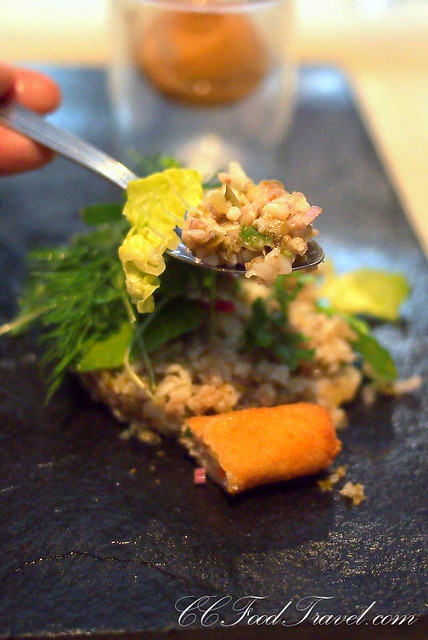 The highlight of this Lobster tartar was actually a refreshing, side dish – a tangy lobster sorbet rich with flavours of paprika, shallots, basil and tabasco shining through. It added a spicy edge and a nice surprise to the cool sorbet. 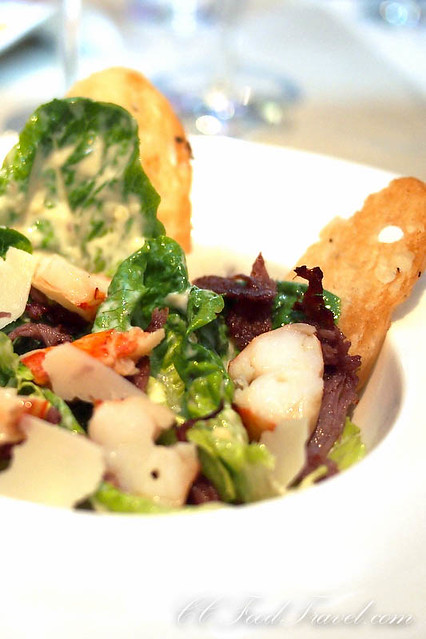 A lobster salad for those watching their weight! 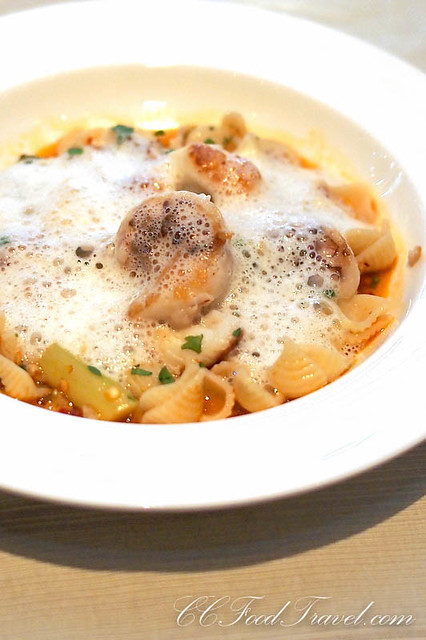 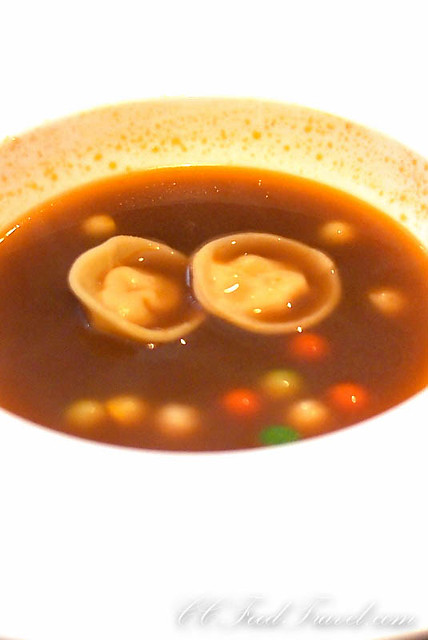 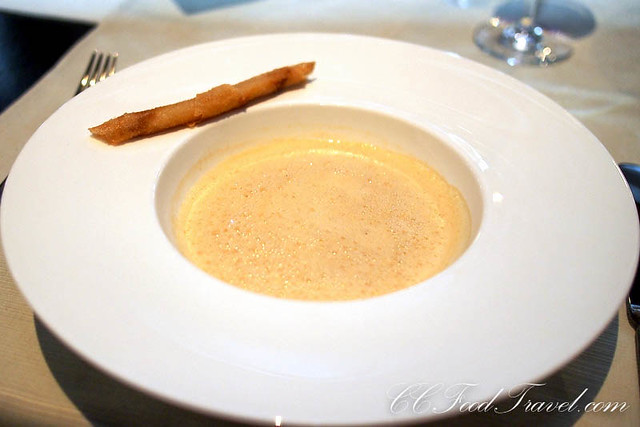 Lobster Bisque with Lobster Grissini – rich and creamy, served beautifully hot and perfectly seasoned. With each mouthful of liquid comes a nice crunchy breadstick of lobster, just waiting to be dunked into, then fished from the sumptuous broth. 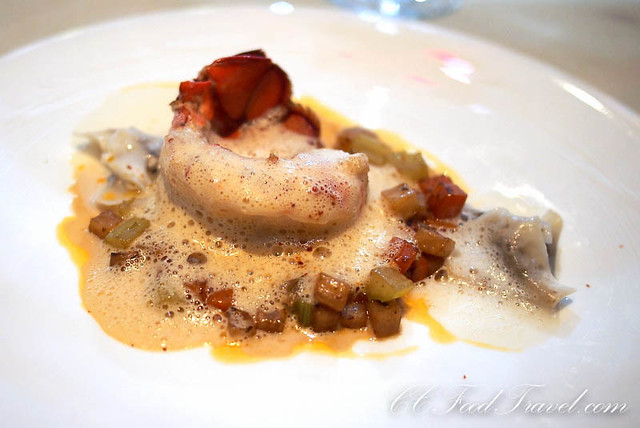 This version of lobster cooked al Americaine, was prepared with a luscious tomato-wine sauce. Loved the pockets of meaty mushroom ravioli that was served with this hearty dish. 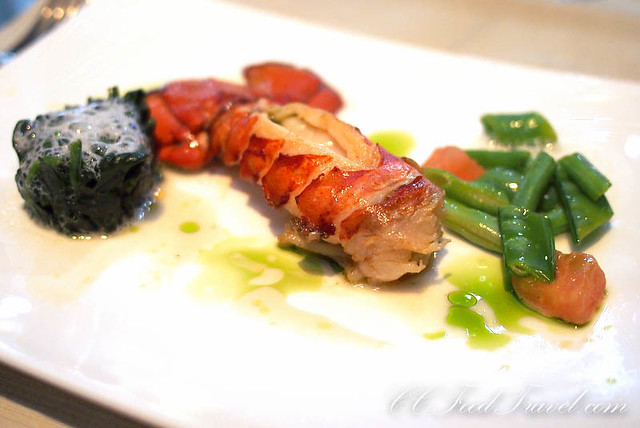 This was my favourite main dish that night. A simple smoked lobster tail, lightly salted was just incredibly good. In a minimalistic way, it probably hit the spot better than any of the other ones with complicated sauces. 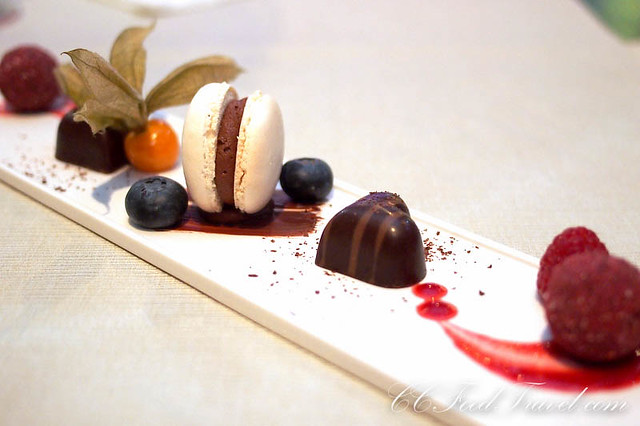 A dessert menu presents standard options, but classics such as chocolates, macarons and wild berries conclude our amazing lobster-fest. The lobster promo runs from the 1st of July – 31st July, and it will be available at the Restaurant, The Club Saujana, during buka puasa time as well. Prices range from RM42 to RM160 nett depending on which items you select from the ala carte menu. This promotion is available for both lunch and dinner. Wines are not included. For more info, check out Saujana’s website.

You will recognize them distinctly in a crowd. Their favourite hang-out being the blocks around the Pudu bus station, which is one of the…