“I don’t use potatoes, or serve bread, or any of that heavy stuff”, says Tim Raue, when he has had the time to stop by our table to say hello.

Berlin that is well known for its risqué antics, anti-establishment views and inventive dining scene was just the place to eat well, and to eat adventurously. 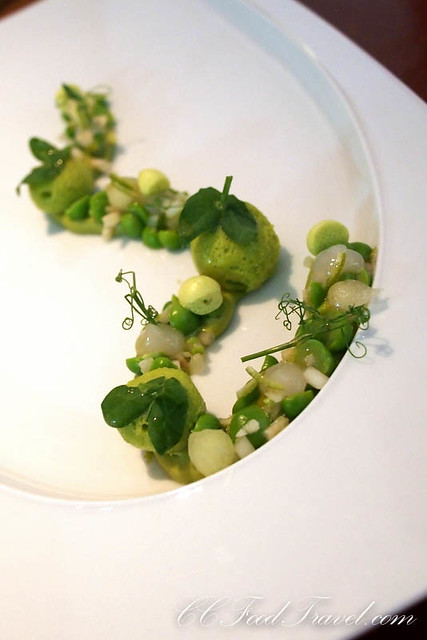 The food served at this 2 Michelin star restaurant is impeccably good, so I have been told. Contemporary Asian is what’s on the menu, and today, we would be having lunch at the Chef’s Table.

The chef Tim Raue, aged in his late thirty’s tells the story of his “Boys in the hood” days, to his current “Man in the kitchen” status. Tim used to run around with the gangsters of Berlin, until a higher calling as it were, led him out of the streets, into the kitchen, bidding farewell to his wayward ways. With his travels came his love for Asian cuisine, and now, he taps into this big love for all things Asian, thrilling diners with creative food and personal interpretations of old time favorites. 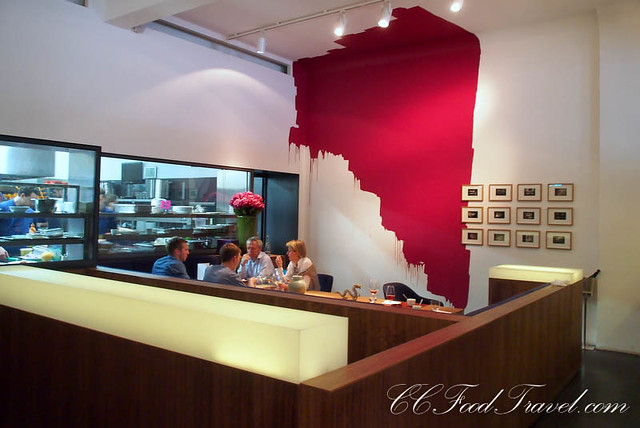 the Krug table, or the Chef’s Table.. strategically located overlooking the kitchen. Things are surprisingly calm in there.

But first, a teaser.

Small plates that resemble Korean Banchan are skillfully and unobtrusively laid out before us. Eclectic starters of Pickled radish, flavoured cashew nuts, quails eggs, spicy marinated slivers of sesame dusted pork belly unfold before us, igniting our taste buds, and making us crave for more. 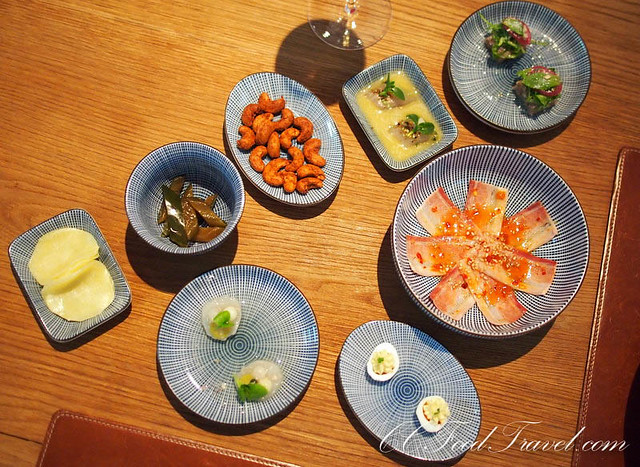 Among the rather cool entrées served was the Peking duck interpretation. It reminded me of some haute Chinese experiment that could have either gone very right or painfully wrong. In place of pancakes, the Peking duck was served on a waffle tile, another departure from the Chinese norm. 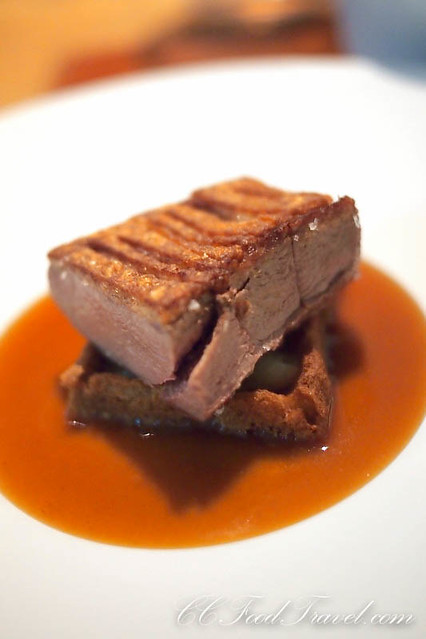 The waffle was stuffed with green peas and on it sat slices of duck breast, and that arrangement was but one part of a dish that also included a swish of duck liver mousse and an intense duck broth with bits of various duck offal swimming around in its murky depth. The flavour of the broth rather reminded me of Bak Kut Teh. 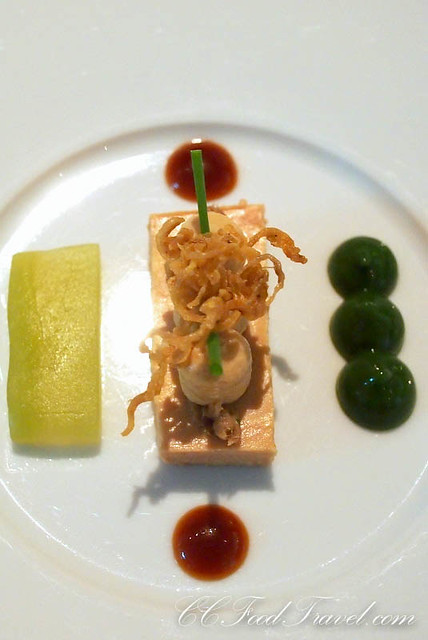 All in all, I’d say that he pulled it off. The flavor of the duck was exquisite and being a huge fan of offal, this dish could do no wrong. An amazingly well thought out trio of duck. This was by far, my favorite dish that day. 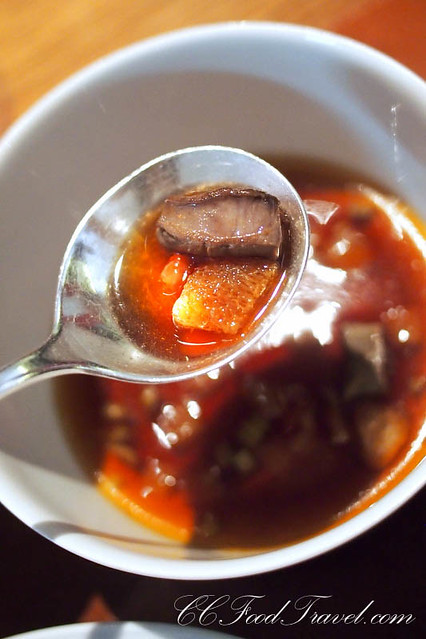 There was also an exceptionally tasty Wasabi Prawn that came crusted in mango, carrot, wasabi mayonnaise and crispy wafers. Super fresh succulent prawns. Its sweetness was elevated by zesty explosions of mango, carrot and then the sharp contrast of the burn of wasabi, sending the point home. Loved it. 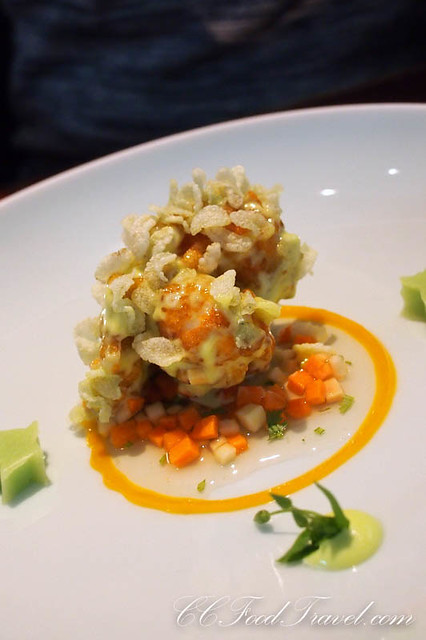 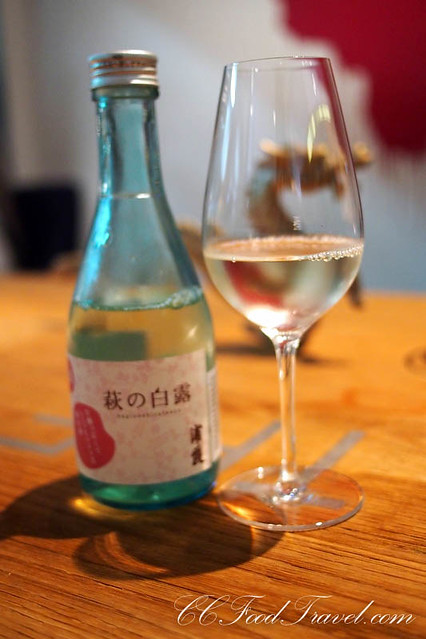 Fans of fish, should really check out the dorado, lemon & lettuce – all served as separate components. The dorado is a small fish with tender white flesh and when grilled or braised, has a rich, succulent, meaty flavor, similar to that of red snapper. Anyway, this particular one was delicate and sweet with a flaky texture, and the lettuce was a nice touch. Very seldom do you get served a whole baby lettuce on the side, that’s been marinated individually like that. 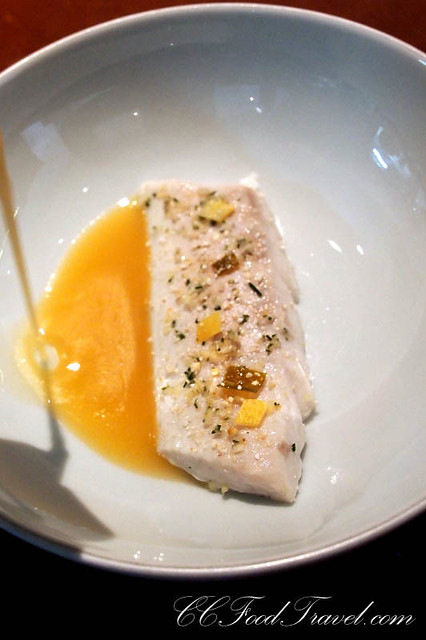 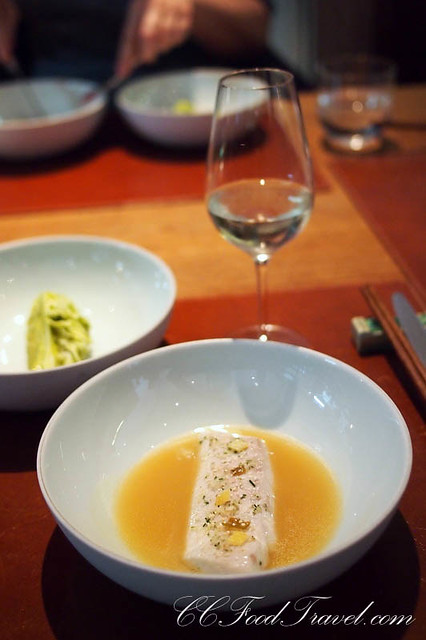 Dessert of Calpico, raspberry & rhubarb definitely ended lunch on a high note. Well, Tim Raue’s continuing romance with Asia is definitely well appreciated. He employs spices well, without being obnoxiously overpowering and most of his dishes are subtle, with nimble broths, citrusy intermissions being his strong points. Would gladly do lunch here again anytime! 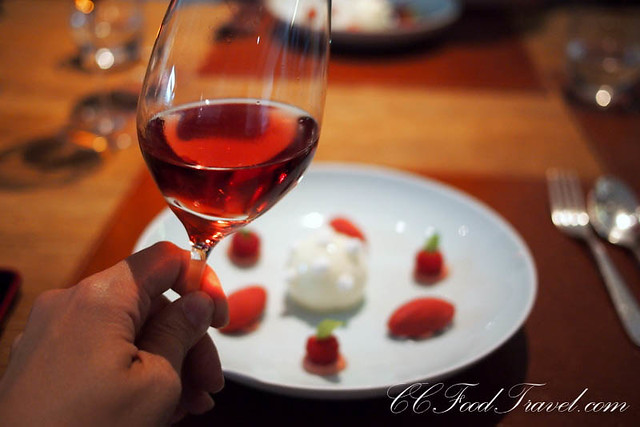 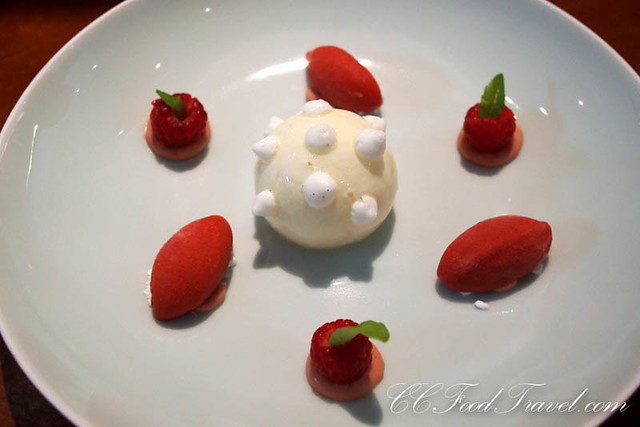 Fusion Cuisine. A term that we are hearing more and more of these days. Is if for real? Is it here to stay or…