Apart from tossing the Yee Sang, another great dish I always look forward to during Chinese Near Year is the Poon Choy. This lovely pot of prosperity is special in that it is composed of many layers of different ingredients. It is also eaten layer by layer instead of “stirring everything up”, but if you really can’t wait, then be alert, because, sometimes a stray piece from the layers below, may just pop up. 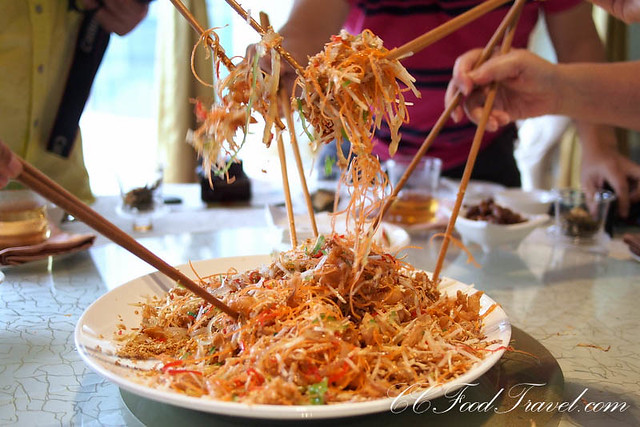 Back in the day, the Poon Choy was considered a poor man’s dish. Left overs were all put in a big pot, and cooked together, so the food would last for days. Ingredients such as Chinese radishes, pigskins and bean curd are placed at the bottom of the container. In the middle of the dish, there is usually pigs tongue, pork, yam, meatballs, pork knuckle, roast duck and Chinese dried mushroom. On the upper part of Poon Choy, meat, seafood and rare ingredients can be found. 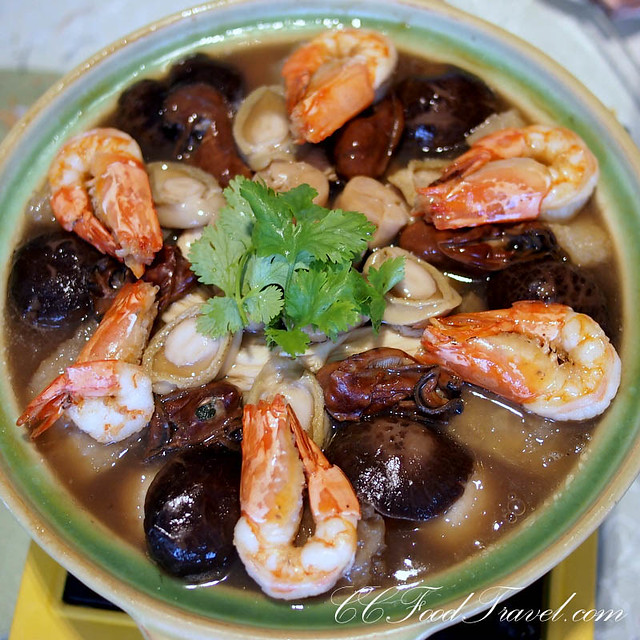 At Di Wei, the prettiest layer is of course reserved for the top, as that’s what your eyes will first lay eyes on, once they lift the lid. Tasty morsels of king prawns, oysters, dried scallop, abalone, sea cucumber and fish maw sit on top, while fatt choy, pork knuckle, steamed chicken and roast duck are in the middle layer, and White radish, Chinese cabbage, lotus root and dried mushrooms are right at the bottom. The Poon Choy is served in a lovely Japanese ceramic pot that can be taken home with you if you like! 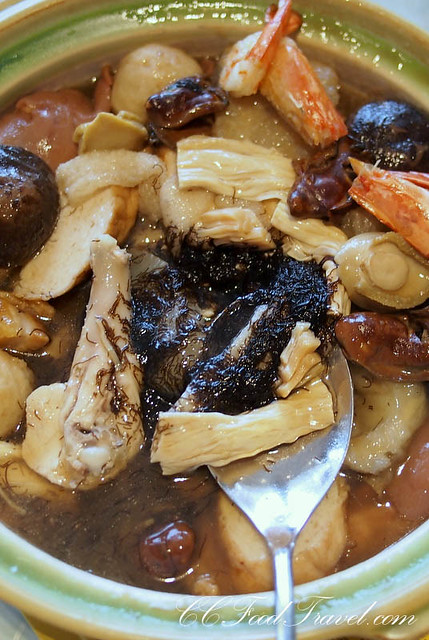 eat more fatt choy, so you will fatt-tat (prosper!) 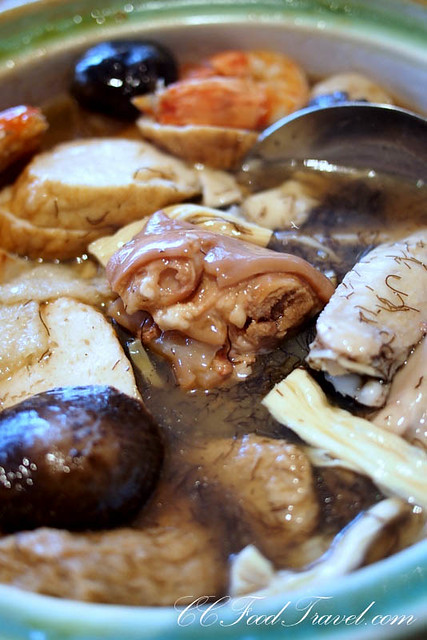 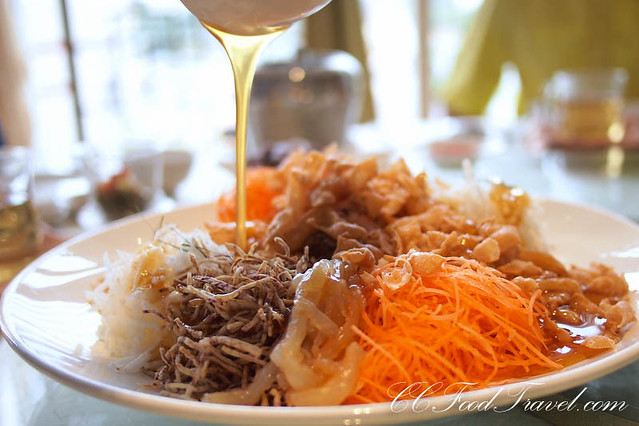 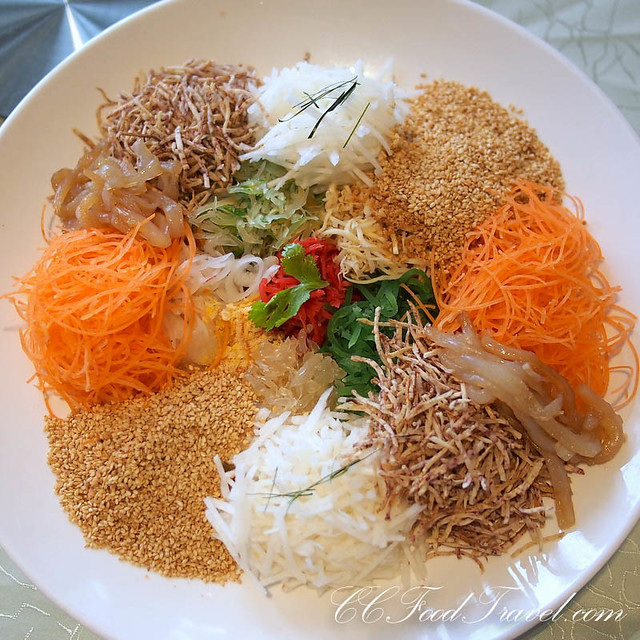 And no Chinese New Year menu is complete without the nian gao – this dessert’s name means that every year, you will climb higher and prosper. How typically Chinese eh? 😉 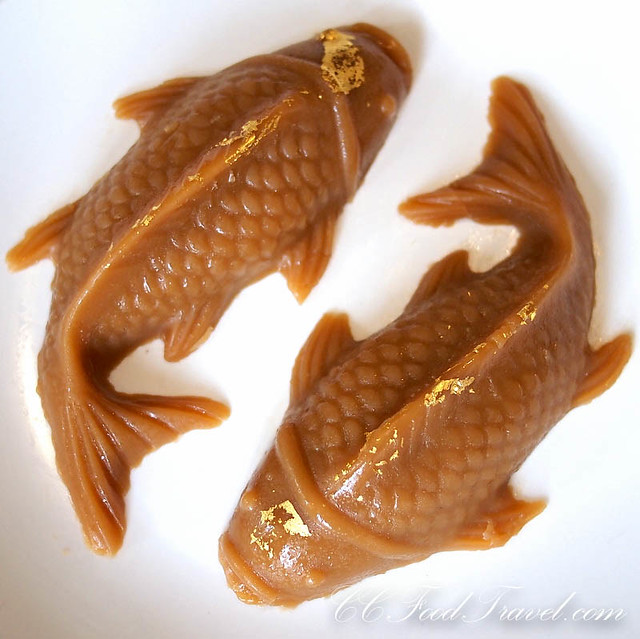 Nian Nian You Yu are uttered as the fish is added, as the word Yu, which means abundance, sounds the same as the Chinese word for fish. 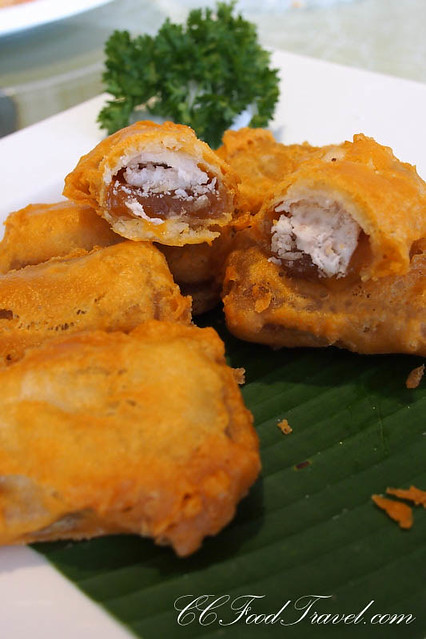 As this is the month of Ramadan, One World hotel’s chefs at Cinnamon Coffee House, located on the concourse level of One World Hotel,…