On a hot, humid day, we were ushered into cool a little French restaurant at Oasis Ara Damansara to taste a special limited edition cognac from the global cognac leader, Hennessy.

The jewel of the event was housed in a custom designed swirling metal sculpture resembling an oak cast used to age eau-de-vie. In the center of the sculpture stood the Hennessy H250 Collector Blend, a limited edition blend released to mark the 250th anniversary of the iconic cognac house. 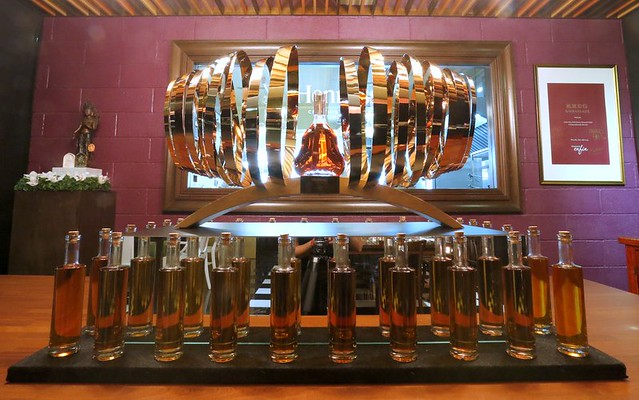 This fine brandy from the Cognac region is a special blend of 100 eaux-de-vie aged between 15 – 35 years. Before being bottled, the cognac is matured in 250 handmade, specially commissioned 250 litre Limousin oak barrels stored at ground level near the banks of the river Charente. This creation was the result of the Hennessy Master Blender Yann Fillioux. 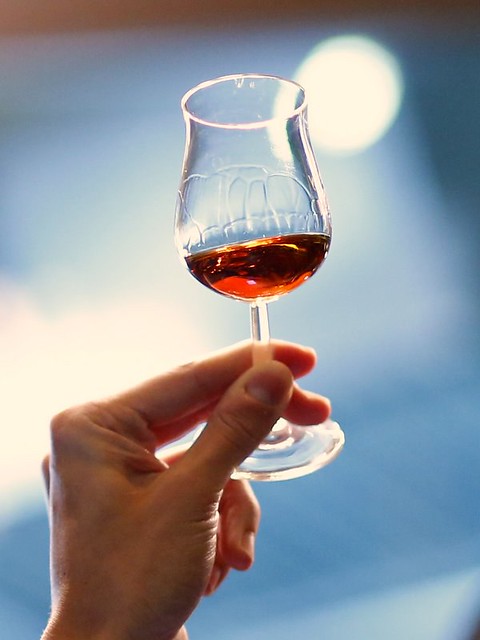 Before setting on a culinary journey, we were led on a tasting session of the H250. 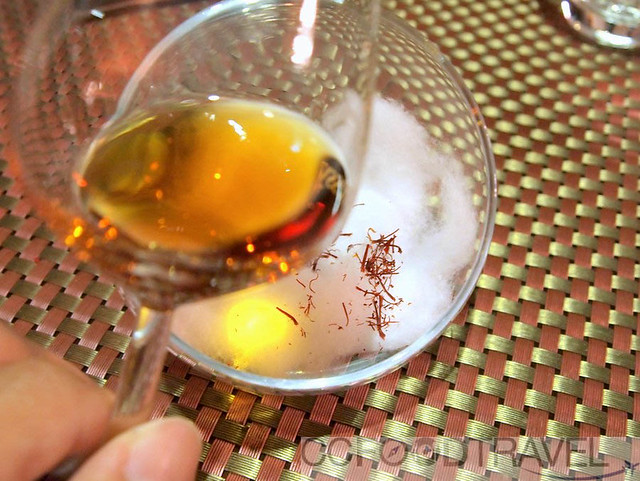 Saffron threads, touted as the spice that’s more expensive than gold, was given to us to sniff and to gauge its similarities of aroma and taste with the fine cognac.  On the nose, the cognac had the fragrance of bitter orange, nutmeg, bergamot, and liquorice; from light herbal to spicy. As we sipped the amber liquid neat, we found it less bold and intrusive than other cognacs. It was elegantly smooth on the palate with a spicy complex finish. Very easy to savor. 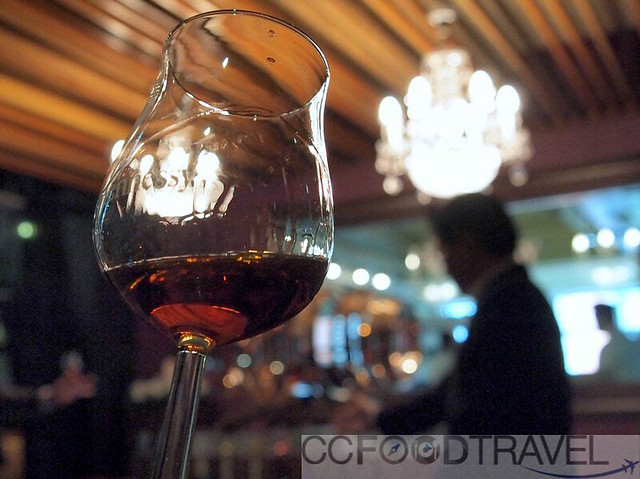 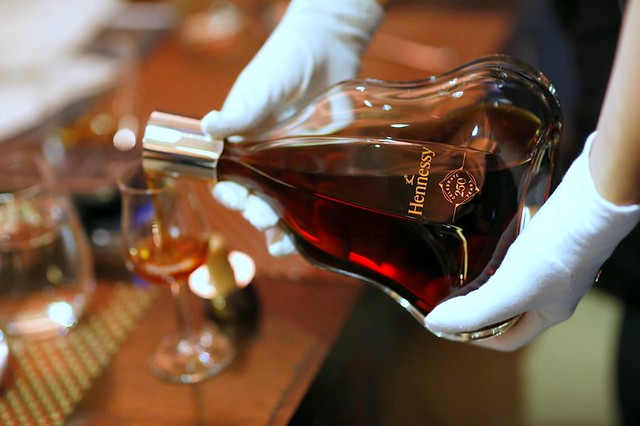 Chef James Won and his Brasserie Enfin culinary team was given task to create dishes that would be paired Hennessy XO and the H250. 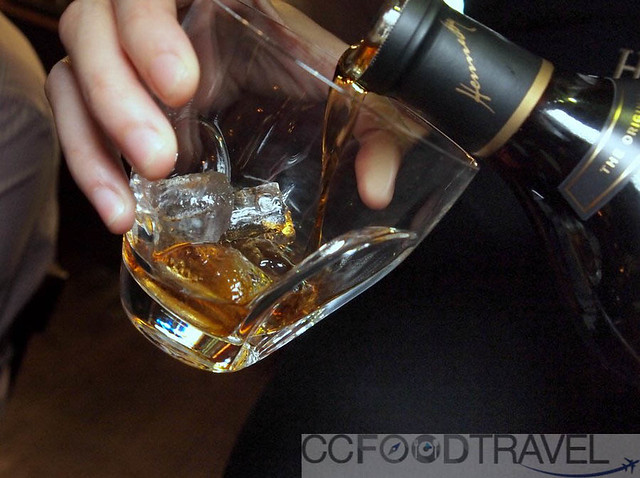 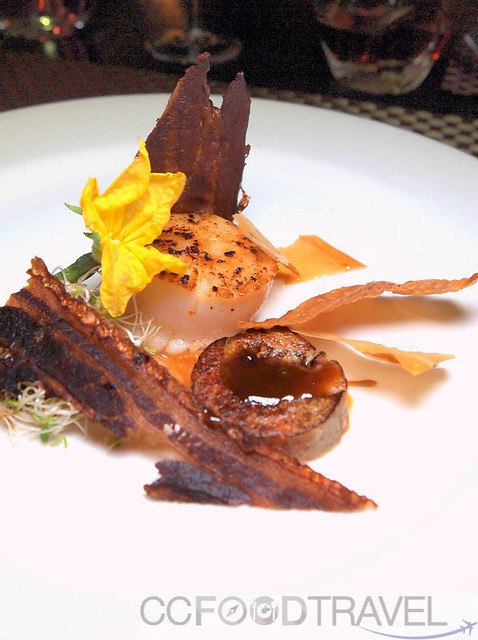 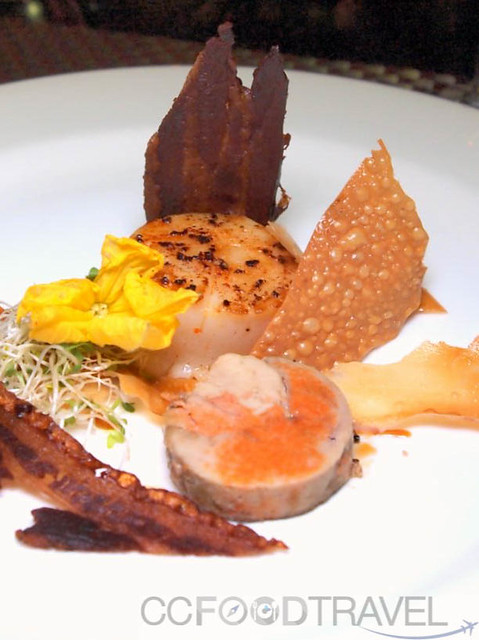 Our first dish of grilled scallop, monkfish liver pate and pan fried bacon was served cold. The guests seemed astonished by its cool temperature, but then the chef mentioned that it was intentional. The grilled large scallop despite its coolness, was cooked perfectly. While some did not enjoy the ‘less soft, creamy’ texture of the monkfish liver (compared to foie gras), we found this serving blended well with the scallop and crispy bacon. Our only little irk was with the over-charred color of the bacon. Pairing with the XO, the full bodied dried-fruit taste of caramel, prunes and dried figs of the dark amber liquid seemed too overwhelming for the dish even though diluted with some ice. 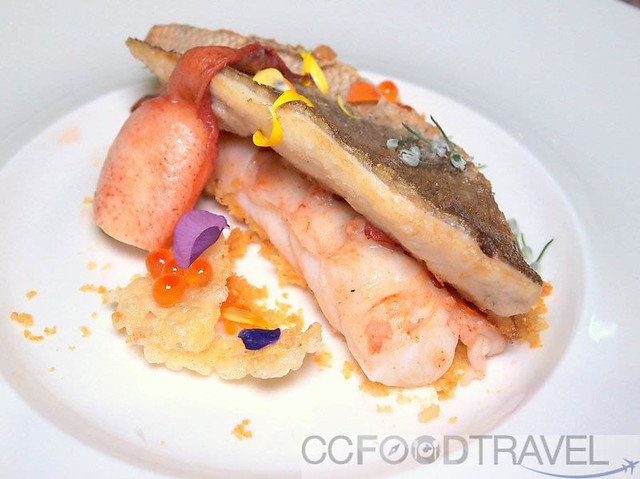 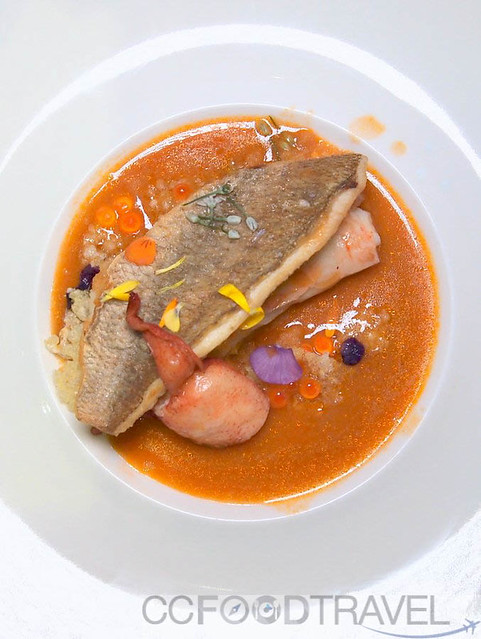 Another dish that arrived intentionally lukewarm in temperature. Lobster reduction was poured over the fish, in our presence. The soup was pungent with lobster essence. The snapper skin came without the crisp as advertised but saved by the somewhat crispier sago. We weren’t disappointed by the portions of lobster meat and fish which was also cooked to perfect done-ness. Some complaints of different serving portions aside, all diners agreed it was a good seafood dish. Again, the XO overwhelmed the dish but not as evident as with the first entree. 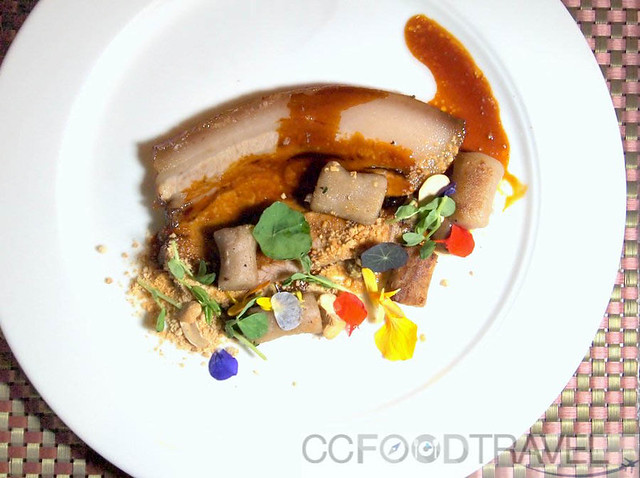 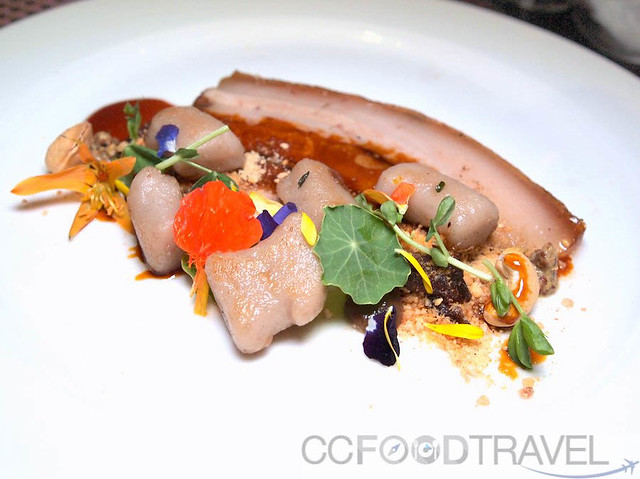 The lunch highlight was a culinary journey of meat, fat, nuts, and spice which offered epicureans a wide variety of textures and flavors. Yam pillows resembling Chinese Hakka style abacus beads, had tougher-than-gnocchi textures which was very delectable and tasty to chew on, even on its own. The pork shoulder which was braised for 11 hours in earl grey tea wasn’t as creamy, or melt in your mouth as we had expected. Rather, it was chewy and cold – apparently, the chef’s intention again. The cashew, chilli, saffron sable (cookies) and truffle raisins ketchup provided a sweet, crunchy and slightly spicy vinaigrette condiment to round up the dish very well. The H250 cooled with a single ice cube therefore diluting the pungency of the rich vegetal spice notes, blended very well with the dish over all. 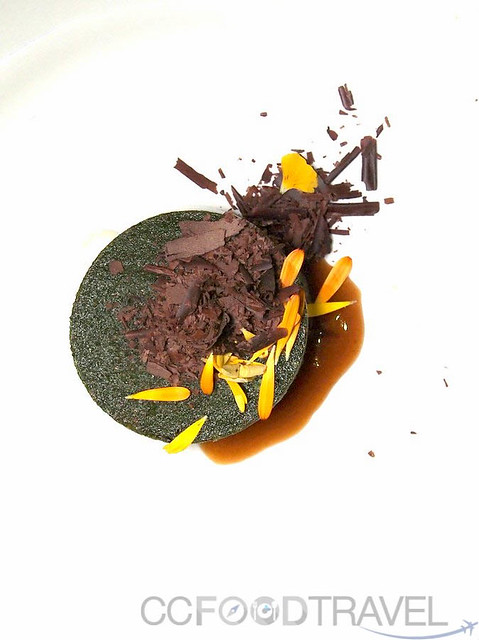 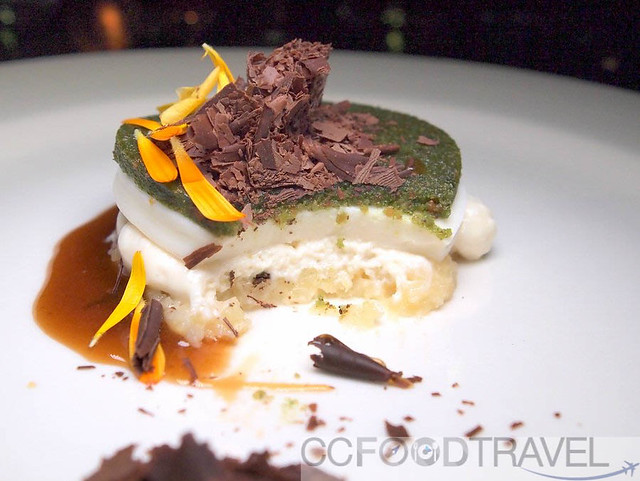 A dessert best described by the Chef himself, as a luxury kuih talam, a popular sticky, chewy and creamy coconut based dessert in the region. Sweetness of the pandan (screwpine leaves), creamy coconut and salty arborio rice pudding all resemble the classic traditional dessert except finer ingredients were chosen, more laboriously extracted then beautifully assembled by the culinary team. This went well with a diluted XO. 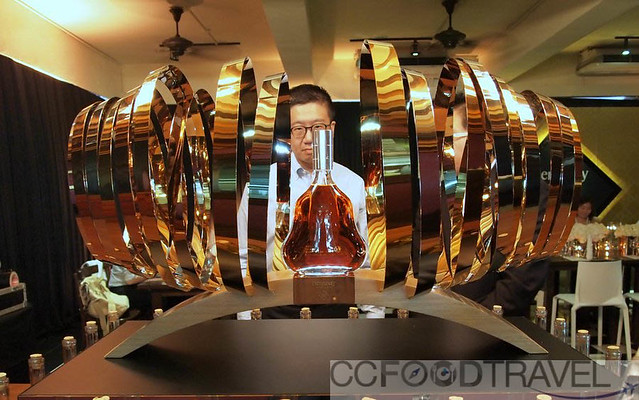 If you are considering a bottle (or three!) of the The Hennessy H250 Collector Blend after reading this post, it is priced in Malaysia at RM2531.30 nett and it is only available with direct order from Moet Hennessy Diageo (MHD) Kuala Lumpur. Get in touch them via email [email protected], or call +603 2053 8688. Be sure to invite us over for the uncorking ceremony and another round of tasting if you do!