I finally met them!

The Fabulous Baker Brothers.. and fabulous they were. 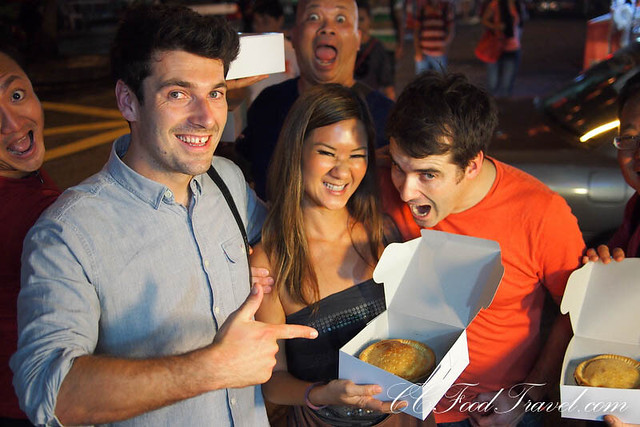 The most fun part was that we got to take them on a food crawl, across Changkat Bukit Bintang as well as Jalan Alor, KL. Since the sky was just chucking it down with rain, around the time we were supposed to meet, the whole crew, along with the Fabulous Baker Brothers, decided to met up at Limablas for some wholesome Peranakan Food first, before heading down to Jalan Alor for more adventurous dining. 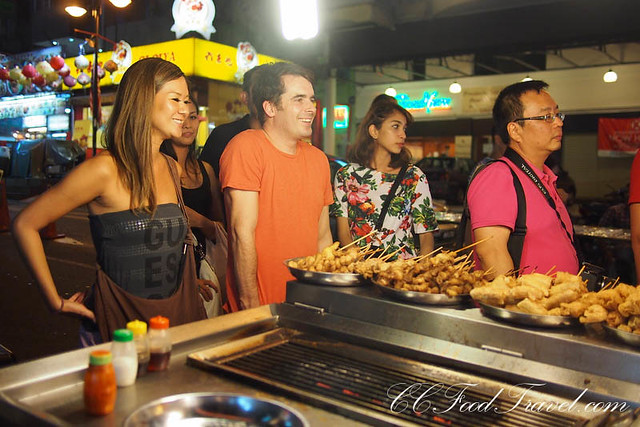 The food at LimaBlas, on Jalan Mesui, was awesome. We had a massive spread, recommended by Uncle John from Limablas, which included Pai Tee, Ayam Pongteh, curry chicken, ikan goreng chili garam , Ayam sioh (tastes like durian though there is no durian in it!), telur cincaluk (my favourite), baba rojak, sambal terung, sambal udang petai (also my favourite!) and kangkung sambal belacan. 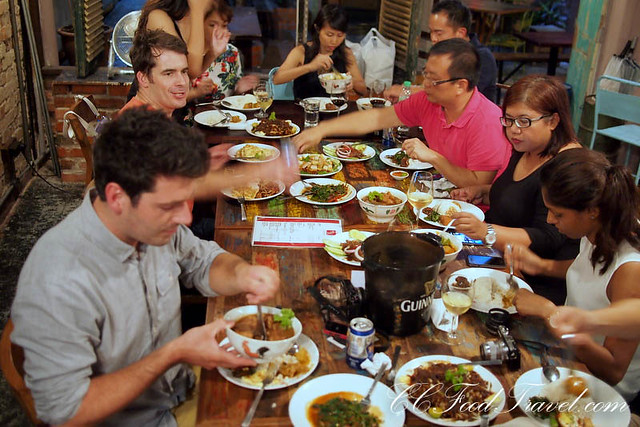 a hush falls over the table, as we stuff our faces silly 😛 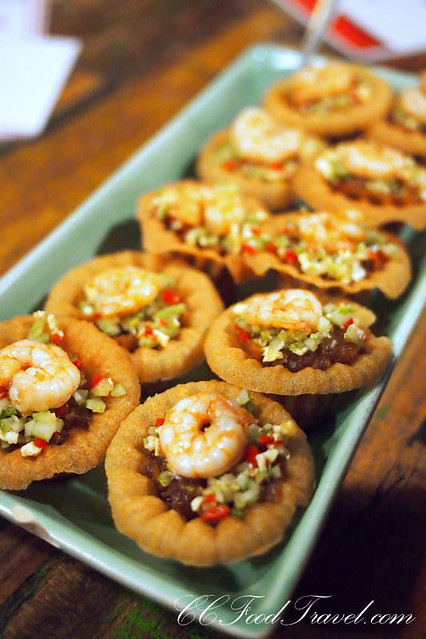 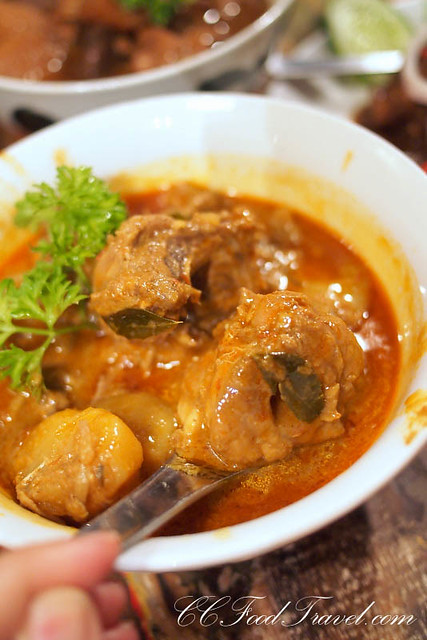 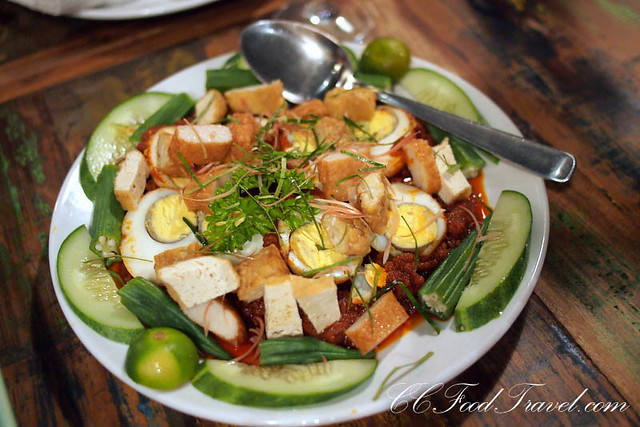 Executive chef Uncle John is the restaurant’s 70-year-old Baba Chef. He and his wife, Florence Tan, can be seen chatting with customers around the restaurant at all hours of the day. Their food is awesome and we highly recommend it. 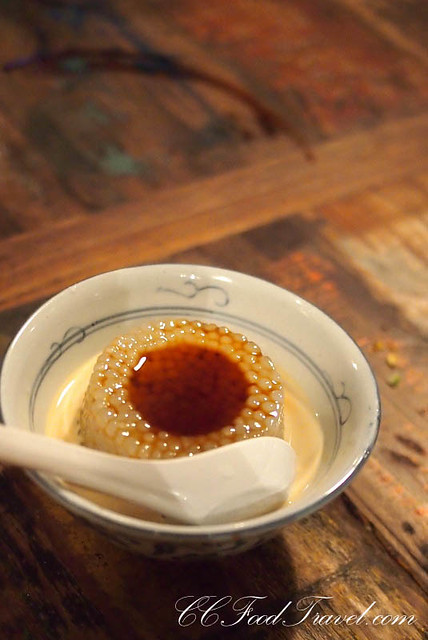 Over dinner, we got to chatting with the brothers, and found out that they had five generations of baking tradition behind them, Herbert brothers Tom, a baker, and Henry, a chef who runs the local butcher’s shop next door. Their show would take viewers into the heat of the British artisan kitchen and give them the inside scoop on baking, which have been honed through years of practice and passion. 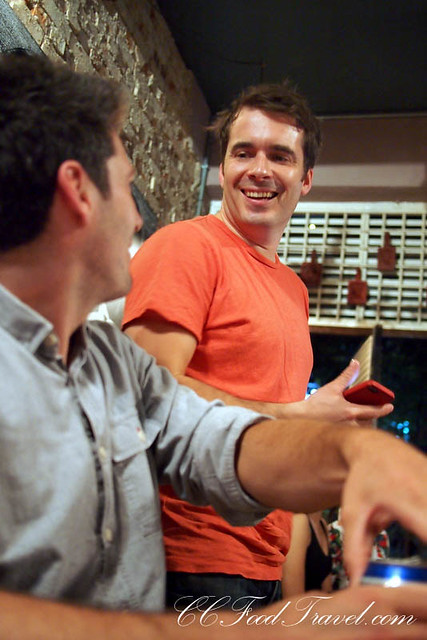 The two are incredibly entertaining. they had us in stitches all night… 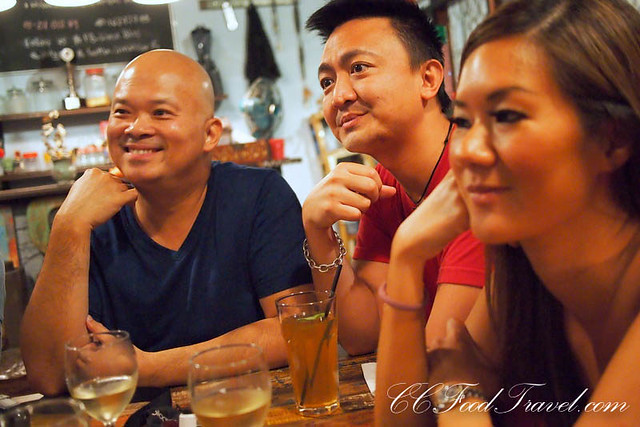 we listen is awe at their fabulous baker stories! 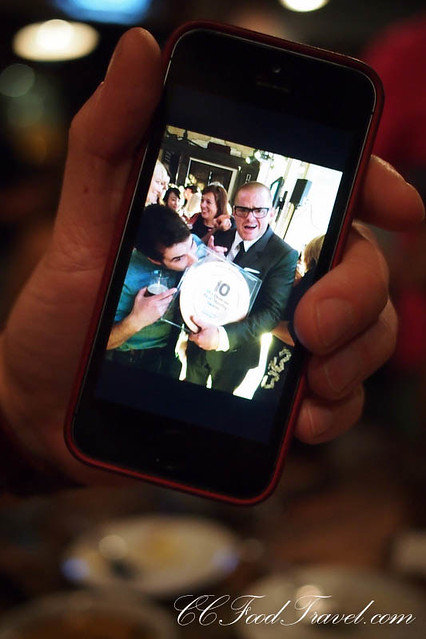 things like that, just kept us amused all night:P 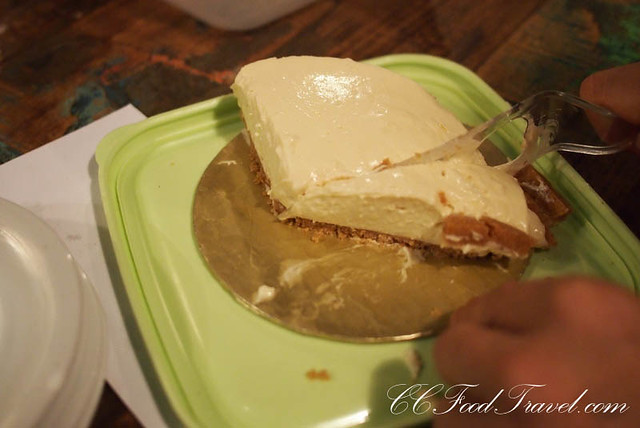 Then another fabulous baker amongst us, Fatboybakes, whips out his famous Durian cake! 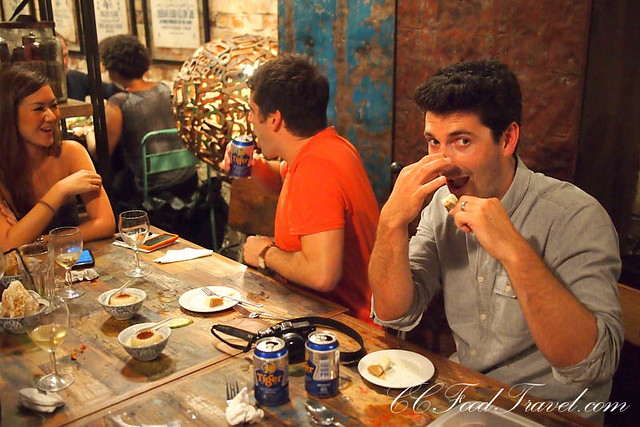 One of the brothers really took to it, but the other didn’t.. can you guess which one? LOL 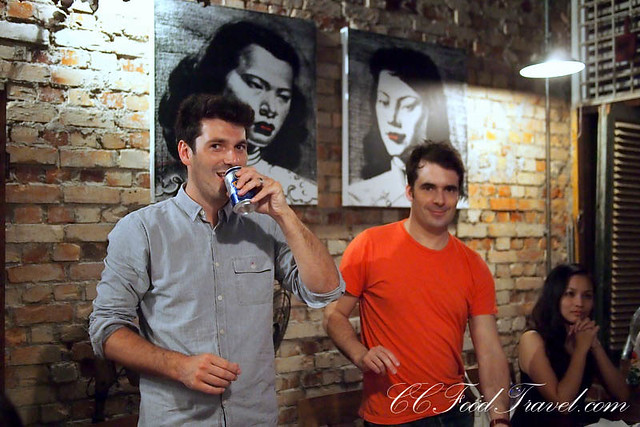 More about the programme… Tom and Henry will share their delicious recipes packed with generous fillings, tempting toppings and tasty accompaniments that bring in stacks of delicious flavours. You can check them out, every Wednesday in THE FABULOUS BAKER BROTHERS at 7:30 p.m. starting October 16 on TLC (Astro Channel 707). Encores every Thursday at 10:30 a.m. and Saturday at 10:30 p.m. 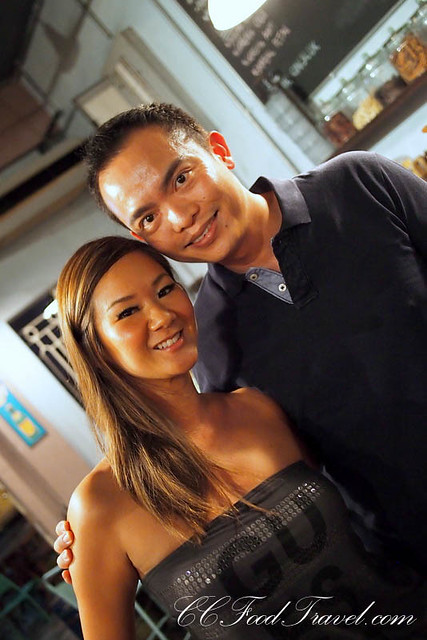 My buddy Charles Yap .. Traveler and Foodie in Crime! But a very important person too – he is VP of Communications at Discovery Networks Asia-Pacific 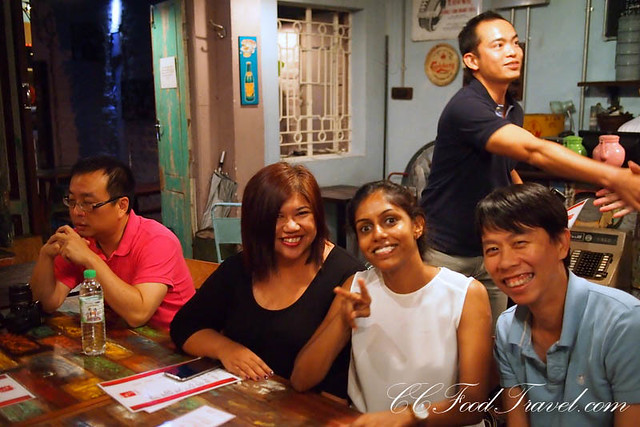 The glamorous bloggers, Meena of A Whiff of Lemongrass and KY of KYSpeaks… and THAT Durian cake baker, FBB of Fatboybakes of course!

Oh, and about what to expect from the show – each episode in the six-part series centers around a theme – hunger, fast, love, long, cheap and hard – and ends with an epic battle known as the infamous pie war that sees the brothers go head-to-head to prove who’s the better man as they serve up their pie versions to hungry judges. Curb those hunger pangs with the ultimate hanger steak sandwich, race your opponent in a ‘Pizza vs Toastie’ speedy snack face-off, amp up the romance factor with some loving and indulgent treats, slow it down in the kitchen with recipes for dishes that are worth the wait, pimp up toast with some affordable home-made toppings and get a boost of confidence as the boys show you it’s not impossible to make seemingly tough eats like Beef Wellington. 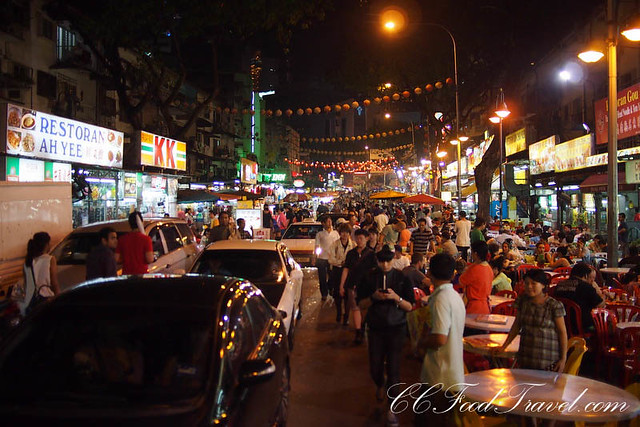 A stroll down the infamous Jalan Alor, once the rain had subsided 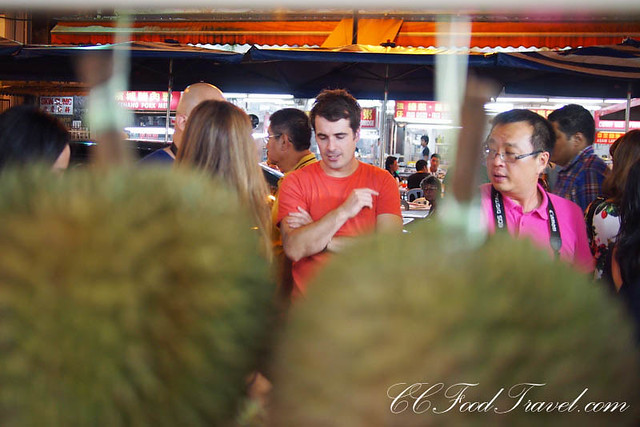 The Durian pong seemed to follow the Fabulous Baker Brothers around, no matter how hard they tried to shake it 😛 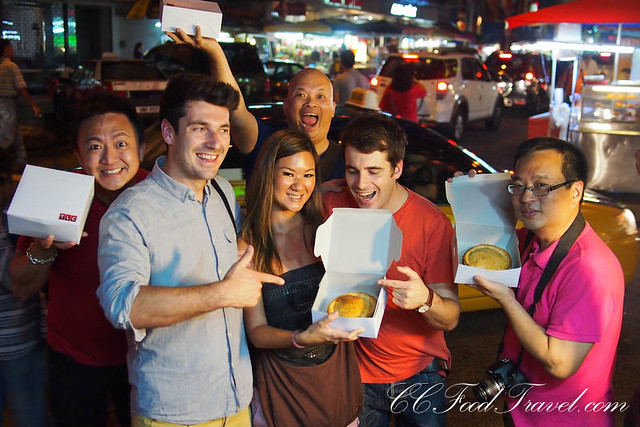 A parting gift, from Tom and Henry.. how sweet! Nigel and Allan, also Ciki and FBB.. totally dying to dig into the supersized meat pies.. right then, right there.. but no, this would have to wait till we got home!

Thanks for the great company, stories.. and of course the HUGEASS PIE that you baked for us! We will eat it and say to ourselves… AH, What Fabulous Baker Brothers indeed!

Later that night.. someone crept into the kitchen and had themselves.. a slice of super tasty meatpie! Yum! 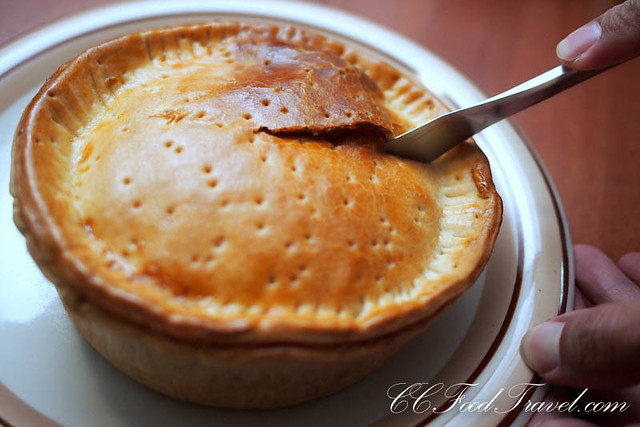 Four and twenty blackbirds,
Baked in a pie.
When the pie was opened,
The birds began to sing; 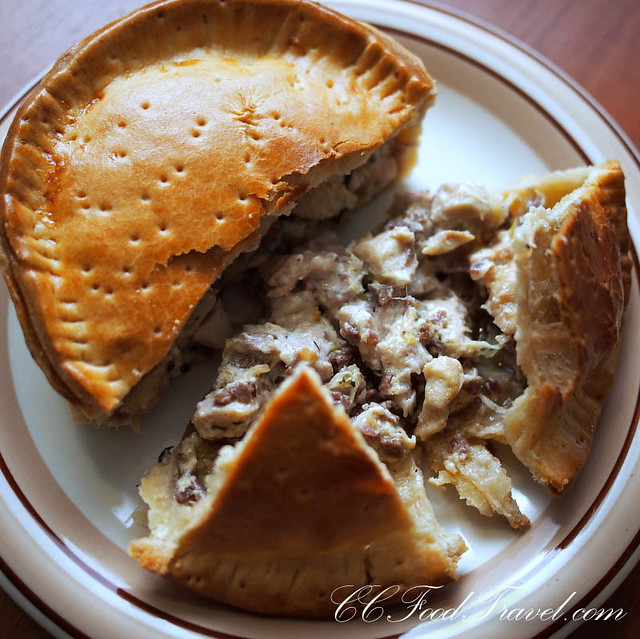 Wasn’t that a dainty dish,
To set before the king?

We only part to meet again. ~John Gay   I was amazed, shocked.. a little sad even, when I found out that this, would…