Have you guys heard about this thing called the Cronut, a hybrid snack that’s taking the world by storm?

Well in New York, the Cronut has seen throngs of people queuing up for the treat and it has also launched a thousand news stories and food blog entries. The brainchild of Dominique Ansel, his bakery has just set off a new fad that’s overtaken almost every other fad.. from the cupcake to the macaron.

So what exactly is this Cronut?

And it is very fun to eat. 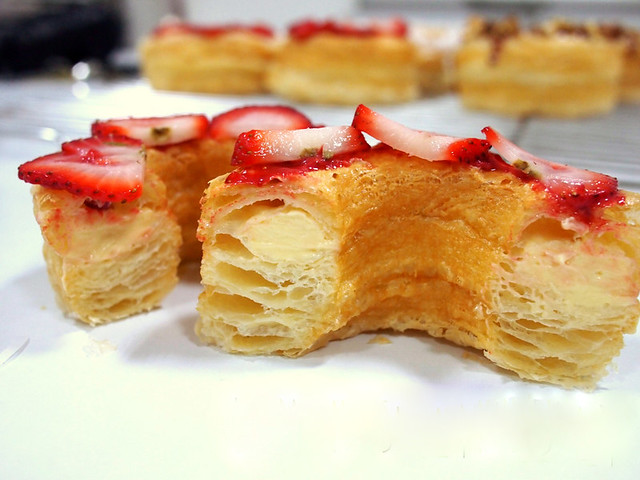 The difficulty is finding the right ratio, the right proportion of the dough, the flakiness.. and making sure that it is nicely fresh and fried each day, not too greasy.. and something you could fill with cream.

Well the good news folks is that you don’t need to traverse the world to NY to indulge in the Cronut. Right now, Delectable by Su has created a Cronut of their own. 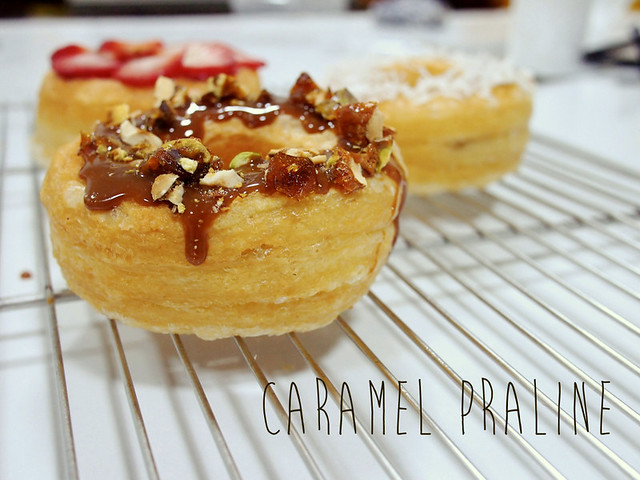 Cut it in half and see all the layers, and maybe peel them off one by one..

There is now only life pre and post Cronut… 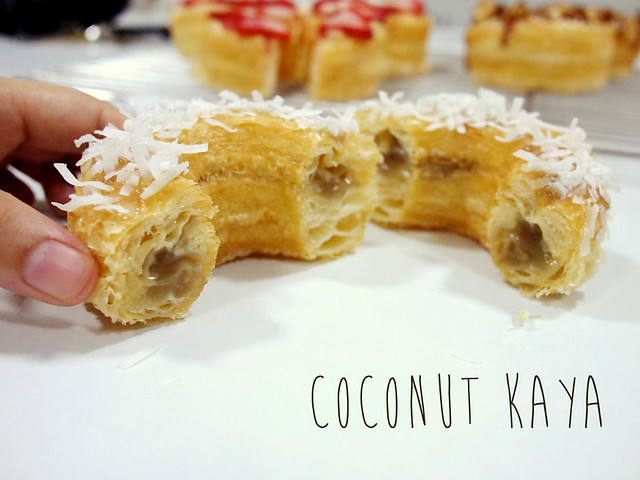 Time to get your Cronut on.. 😉

Luv our post? Well thanks for the thumbs-up and FB love!

This would probably be my induction into Alsace cuisine and wines. Prior to this dinner, I only knew that Alsace was situated in the northeast…