If you think you’ve heard of this name before, join the club.

I am familiar with the Yamagoya ramen which has more than 100 over outlets in Japan, and now, this ramen joint has come to Kuala Lumpur. The ramen, that is served to you piping hot in a bowl, is actually freshly handmade here – right at the front of the shop to be precise. Apparently the pork bone stock that makes the base of their ramen broth is flown in from Japan. Yamagoya also has a presence in Thailand & Indonesia, and with such titillating words such as “freshly made” and “flown in broth stock”, used to describe the ramen joint, we really needed to check out this place a.s.a.p.

For some serious noodle eaters both here and especially in Japan, ramen noodles are a religion. They worship at the altar of firm noodles made in-house, intensely flavorful broth, and the porkiest of pork slices. 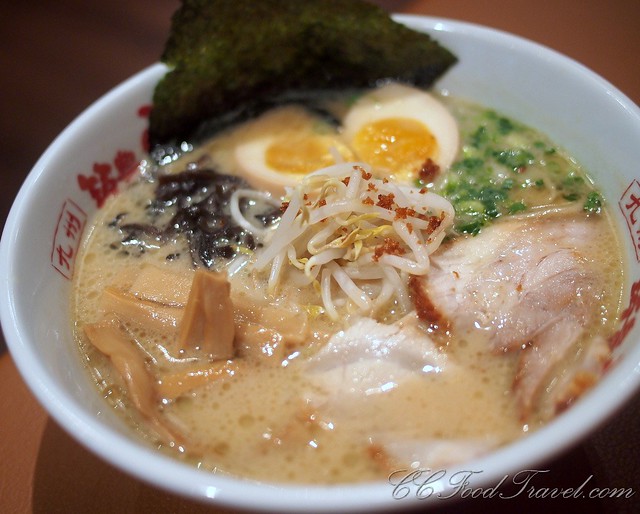 Because I know it’s not politically or culinarily correct to anoint ramen noodles not made in the restaurant they’re served in, I was rather please to hear that Yamagoya makes their own ramen. So, had I finally stumbled upon “the” ramen shop of all time.. serving noodles made in-house, and served in an unctuous broth along with slippery cuts of succulent porky pork?

The specialty here at Yamagoya Ramen is the Mukashi Ramen. Priced at RM24 per bowl, the murky broth of ramen contains cha-siu, soft boiled marinated eggs, seaweed, spring onions, wood ear fungus & bamboo shoots in tonkotsu broth. The light-brown broth, speckled with fat droplets, was indeed inviting. It was nutty, complex, and pretty satisfying, its flavor enhanced by the slices of tender, fat riddled pig. My only complaint was that they somewhat overcooked my noodles. My mistake for not telling them I wanted it al dente. I was pleased to find a red plastic grinder containing toasted sesame seeds at the table. These are meant to be ground on top of your soup. This condiment exponentially raised the nuttiness of the bowl of ramen – something I find rather addictive in a hearty bowl of ramen. Whilst the broth was good, there was something missing in my tonkatsu ramen.. that ‘wow’ factor, for a lack of a better word. It was perhaps not the greatest bowl of noodles in broth I have ever had, but it was not the worst either. 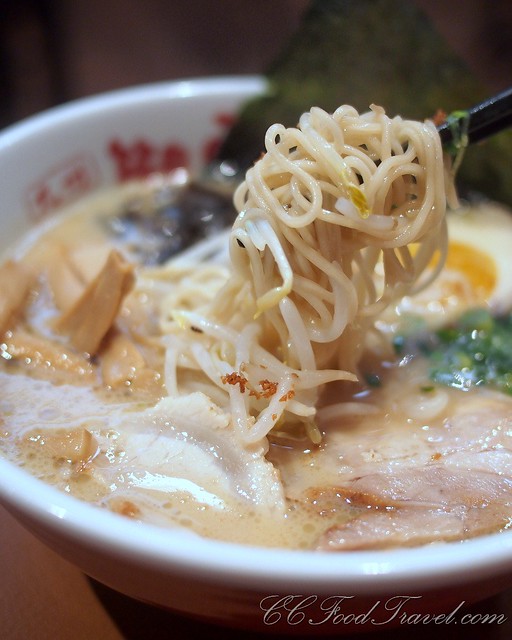 slurp it with great gusto to show your appreciation 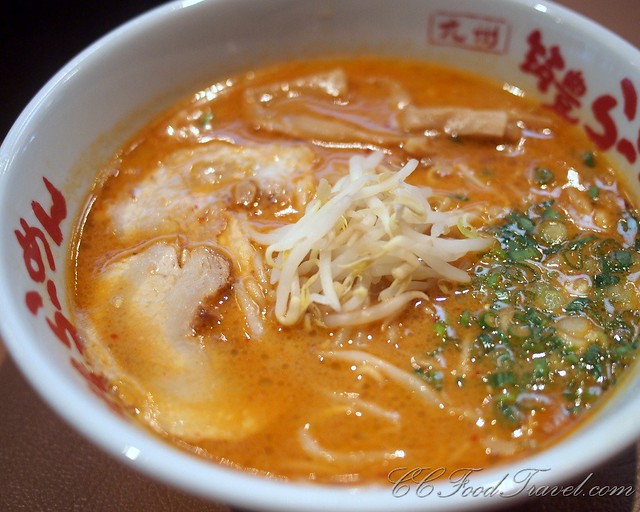 This is the Miso Ramen. Priced also at RM24, this bowl was a bit of a let down.The miso ramen broth had a monochromatic flavour, was slightly spicy and came with char siu, bamboo shoots, wood ear fungus, beansprouts and spring onions. The stock was terribly salty and whilst the tasty cha-siu managed to save the bowl from slipping into the abyss of despair, the saltiness of the miso soup obliterated most of the other flavours in the bowl. I would not recommend this to you but go for the Mukashi Ramen instead. 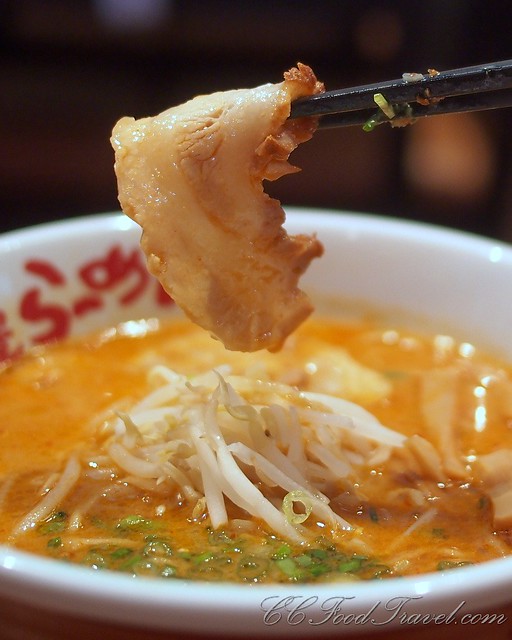 A fatty sliver of cha-siu.. saving grace in this overly salty bowl of ramen 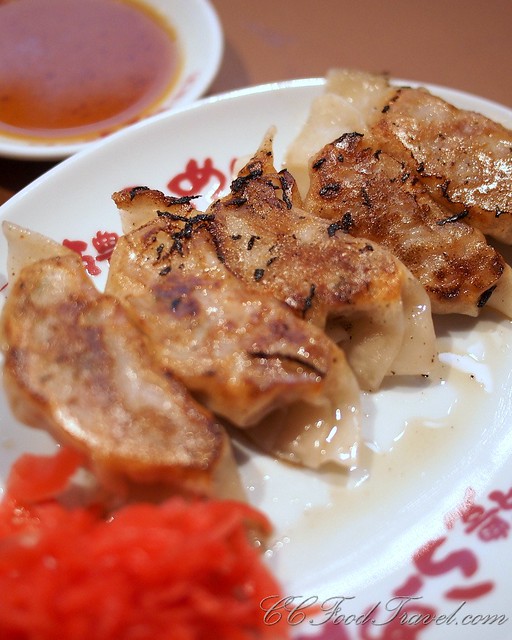 So how, you might ask, do we award points for a bowl of ramen. Well, it’s not rocket science really – here’s a simple scale I like to follow:

1. The Noodles (10 points, 10 being tops and 1 being lousy): They should be springy and flavorful, with a bounce rather than the bite you’d look for in an Italian pasta. They should be smooth and slick for slurping up, but never starchy or slimy.

2. The Broth (10 points): I generally like to go for the tonkotsu, a pork bones-based broth. When unavailable, I opted for the simpler salt-based option (shio). In all cases, the broths should be top notch in the style they represent. Tonkotsu broth should be rich, creamy, and opaque with an intensely porky flavor. The top surface should glisten with droplets of pork fat. The stock should not be overly salty but rich and flavourful.

3. The Toppings (10 points): The classic version is served with thinly sliced chasiu(Japanese barbecued pork), pickled bamboo shoots, seaweed, slivers of wood ear fungus/mushroom, onsen tamago or soft boiled marinated eggs, and plenty of scallions. The flavor and succulence of the pork, the freshness and quality of the ingredients, and their contribution to the broth.. all play a part.

So in conclusion and to be fair, the tonkatsu ramen at Yamagoya is pretty decent. Perhaps not the greatest bowl of noodles in broth I have ever had, but it was not the worst either. I would rate it somewhere in between a 3-4, I would imagine, the best still being something I experienced, once upon a time, in a nameless stall one blustery winter’s night, on the streets of Tokyo.

Add:
Yamagoya Ramen,
A2-G2-8, Solaris Dutamas,
Kuala Lumpur.
Open daily, 11am-10pm (11pm weekends).
Directions – Exit Publika at Plan B, cross the road to the opposite side, Yamagoya is parallel to Plan B, further down the road.

Recently, we were invited to the launch of Grant’s 12 Year Old Blended Scotch Whisky, at Equatorial Hotel Kuala Lumpur, in conjunction with the…