Japan is wonderfully cluttered and messy with ramen shops, places that are especially packed during meal times, late at night, the wee hours of the morning, and when the weather is about to get cold. Heck, the good ones are always packed. The lunch crowd squeezes behind a plastic curtain that cordons off , no more than a square standing area, shrouded in pork broth fumes, stock brews on open flames beyond the counter, and beside it a diminutive man and his wife steadily blanch and prep noodles for their starving customers. The only sounds coming from within are the thunderous slurping of noodles and the occasional grunt of satisfaction. Outside, the air is cold and thin whilst inside, the soup is hot and rich. Lunch at these places are the heartbeat of the working class in Japan. No, lunch at these places are the heartbeat of Japan.

Which brings me to today’s post. Singapore itself, a place I visit pretty frequently, has been hit lately with a run of ramen shops of its own. Two of the hottest joints are Tampopo Ramen and Ippudo Ramen. I told LadyIronChef of my impending arrival, and that I wanted to eat ramen. From both shops. I wanted to visit both Ramen joints but I only had one night. Well I didn’t have to worry as this guy works fast. 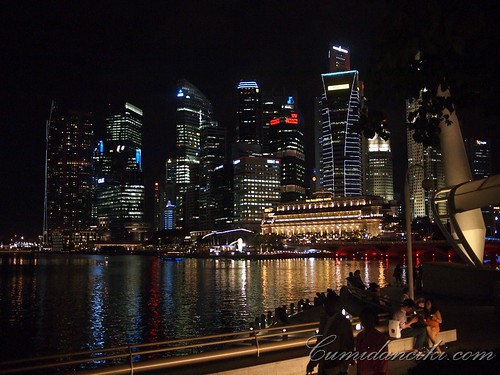 He is such a good host. He brought me around so that I could capture some great night shots of Singapore.. 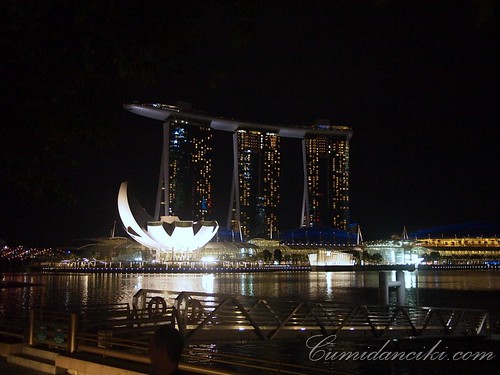 The guy is fast, efficient and organized.. 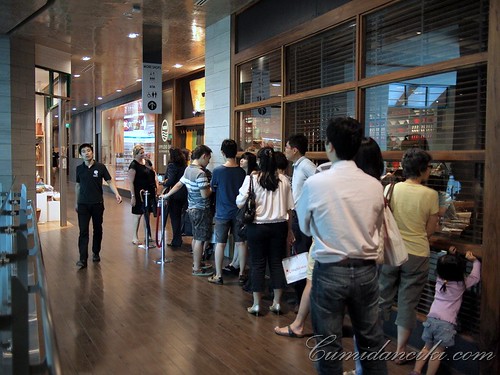 But he never prepared me for this.. Oh man, the Singapore queue!

I mean, Singaporeans queue for everything. And when there is no queue, then it’s not worth going. Go figure. Anyway, to commence the ramen hunt, first up was a quick trip to Tampopo Japanese Restaurant in Takashimaya, at the basement of Ngee Ann City. 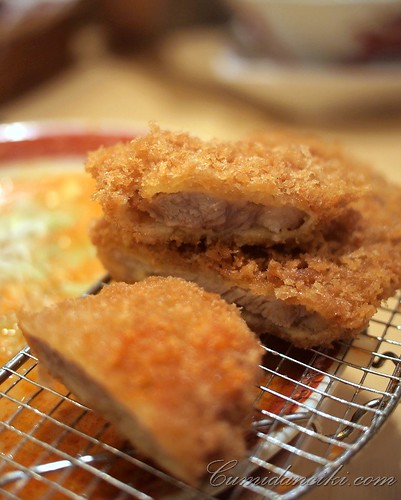 Fabulous tonkatsu that had a succulent pork center and was crispy as hell , but a lackluster noodle texture and broth really reduced the experience to that of mediocrity. The ramen was overcooked and the broth whilst spicy lacked the porky meatiness I was looking forward to.

All I can say is that, the reason to be here is the tonkotsu in the tonkatsu ramen, served as part of a spicy set, for just SGD15.80. The funky aroma of pork bones boiling for hours, the crispy and succulent tonkatsu, just felt incongruous in the presence of soggy ramen, and only made matters worse. 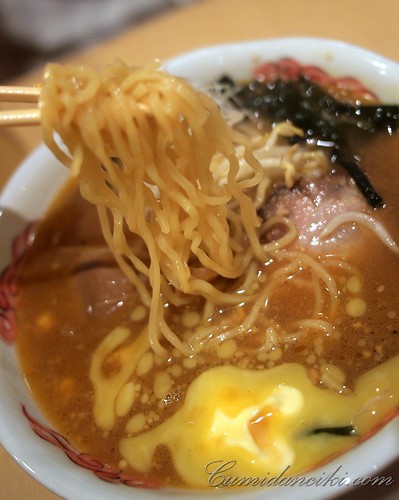 Well, all hope was not lost. There was still Ippudo Ramen that remained to be reckoned with..

Our next stop was obviously Ippudo Ramen at Mandarin Gallery, Orchard Road, Singapore. 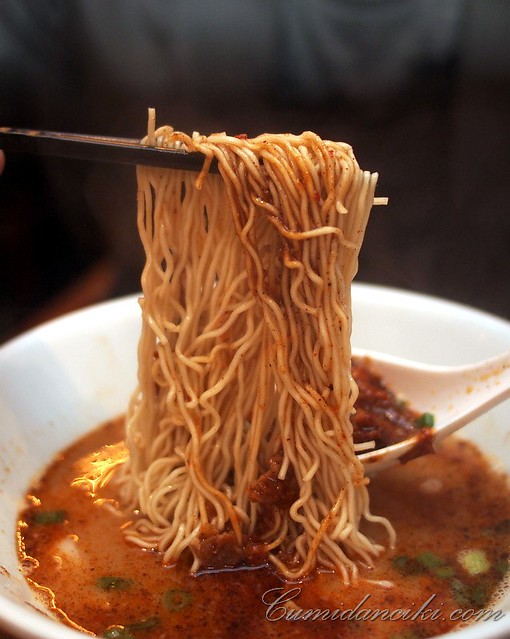 In Japan, Ippudo ramen shops are renowned for their tonkotsu broth, which are made from a thick broth made from boiling pork bones, fat, and collagen over high heat for many hours, which suffuses the broth with a hearty pork flavor and a creamy consistency. Wow.. when I dug into my bowl of Ippudo ramen, I was transported back to a standing stall in the crowded, chilly streets of Tokyo. I had instant gratification in one single bite. 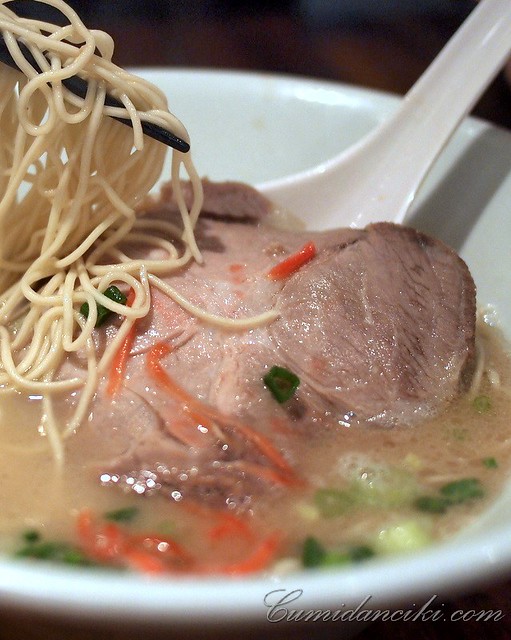 As for the ramen itself, every noodle in every bowl of soup I slurped were cooked perfectly al dente. The price for a bowl of ramen at Ippudo is similar to that of Tampopo Ramen at approximately SGD15 per bowl. You will be asked by the waiter, if you want your noodles done hard, medium or soft. I suggest you say hard, as the heat of the soup will eventually cook the noodles through anyway. Requesting for hard is more crucial even, for a food blogger, as you will inevitably be fondling and romancing your bowl around for the perfect lighting for a good 5 minutes before you start to eat. 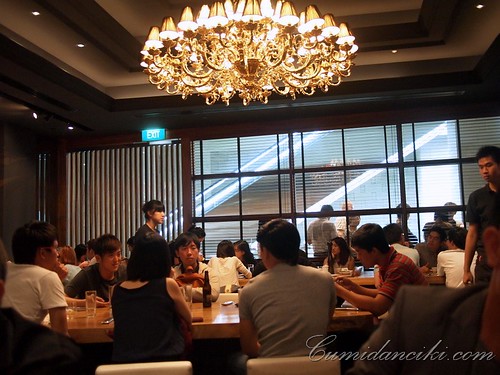 Needless to say, Ippudo Ramen won hands down. Tampopo does a mean Tonkatsu, but that’s about it. The ramen at Tampopo is no match for Ippudo! So, if any of you have tried either, or both, drop us a line and let us know what you think – always love to hear from the readers!

Me and a couple of my close travel buddies where just discussing this the other day… “How indeed the face of travel has changed,…