Whether it be duck, chicken or pork, a piece of good roasted meat requires three things.

In the case of duck, the first thing would be, the right marinade. Depending on the Chef/Si-fu’s expertise, this could be rice wine, five-spice powder, dong quai (Angelica sinensis) herb and some other secret ingredient even, to be added to the mix. 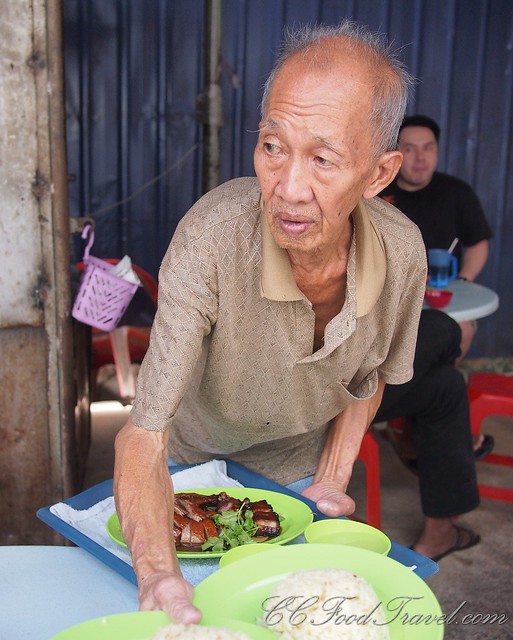 The meat would then, have to be soaked in this concoction for at least 24 hours. Next the correct amount of heat is employed to roast the duck, in just the right manner. Add patience and perseverance to the mix, and just at the right moment, the bird is lifted from the fire drum, to reveal, the perfectly roasted duck.

Well for those who know, let them roast duck. And for those who don’t, let them eat duck instead. I don’t know how, but I do know a great duck when I see one. And the roasted duck at Soon Fatt is bloody marvelous. With a fat and plump body and just a thin layer of fat, below the crispy skin, this duck is to die for. Cumi has been eating here since his teens. He says the stall was not only famous for its roast duck but for its ‘glassy’ barbeque pork as well. Glassy because of its glazed look. You would pay a slight premium over the regular barbeque pork which is also available. In recent years, sesame roasted chicken became another addition to the menu.

In this area in Pudu, you can really get some terrific hawker eats, check out our posts on The Little Eat Stall, Pudu Wet Market in the evenings – Indonesian cuisine, Chinese cuisine, and Pudu Thirst Quenchers on a Sunny afternoon. 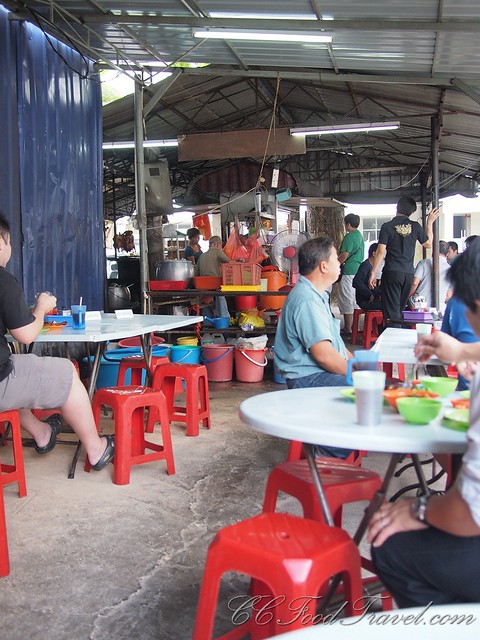 Soon Fatt does a brisk business starting at 9am and ending at around 4pm everyday. You can call in to reserve a table. 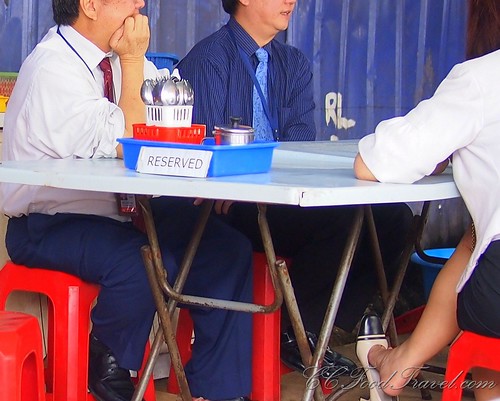 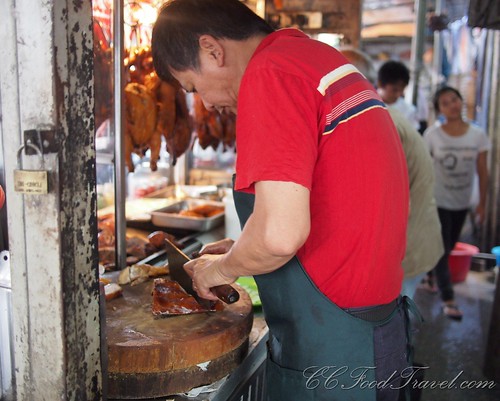 The duck gets the chop 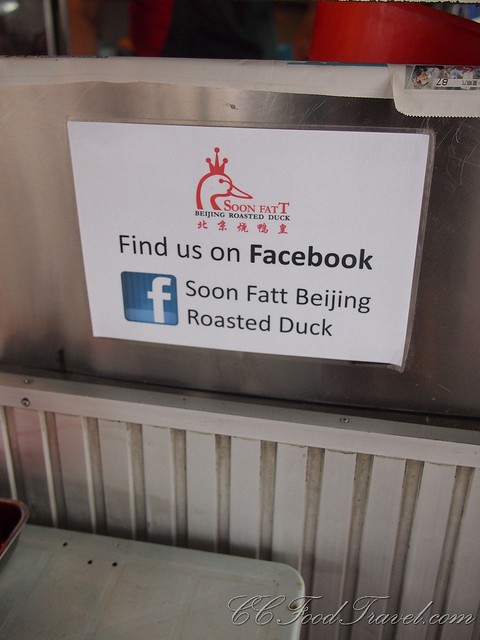 they are even on that popular social networking site;) 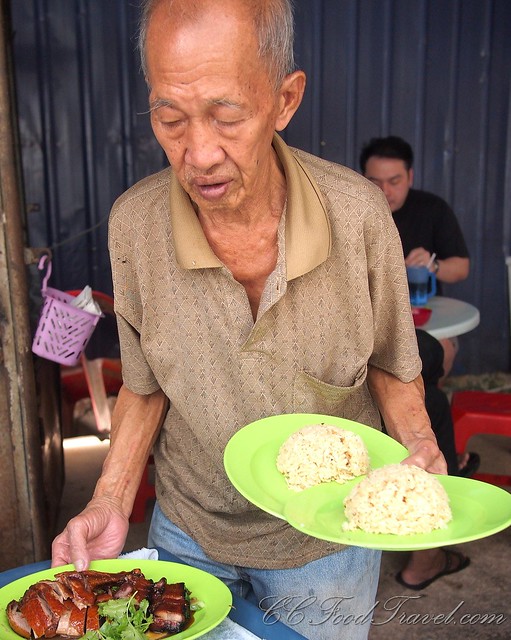 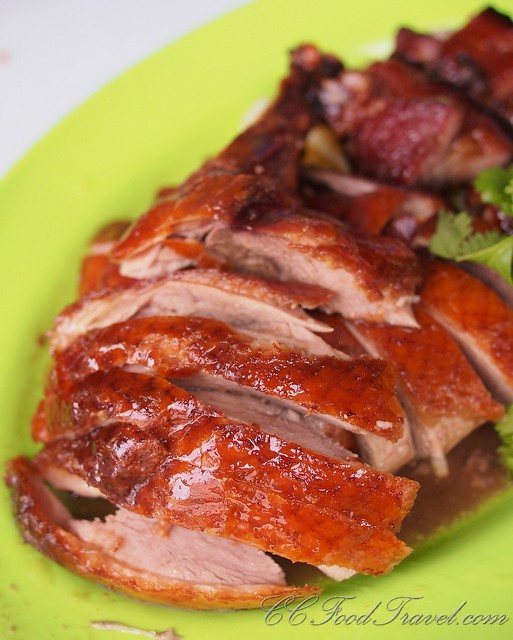 Decent portions for 2 persons. Our roasted duck came in sections of breast and leg. It wasn’t not too fatty. The meat was tender and the skin slightly crispy. Sweet BBQ pork slices in the background. 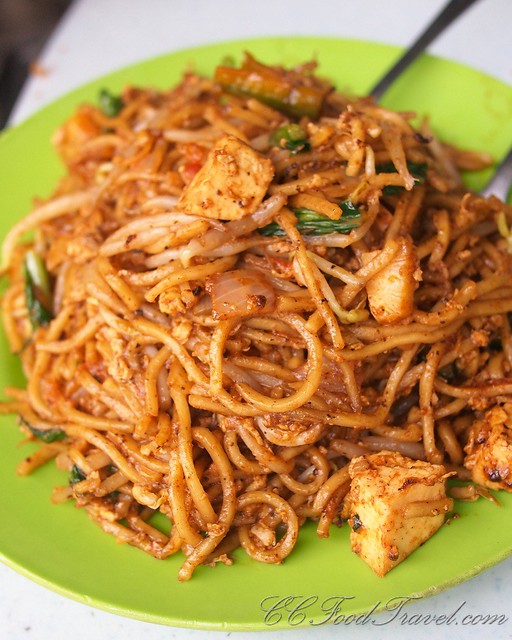 And if that’s not enough, (and it normally never is, with Cumi) you can dip into the next door’s food offerings.. incidentally it’s an Indian Muslim stall. He ordered a plate of fried egg noodles (Mee goreng mamak) and as you can see, the portion is pretty generous. Ah.. sedap – Tasty!

Every year at around this time, we celebrate MIGF, i.e. The Malaysia International Gourmet Festival in Kuala Lumpur. The MIGF has been around since…