One of our all time favourite dimsum places is, Clan Restaurant, in Sri Petaling. These guys are fast, clean and cheap. The dimsum of course, is incredibly good. Otherwise, we wouldn’t eat here, would we;) 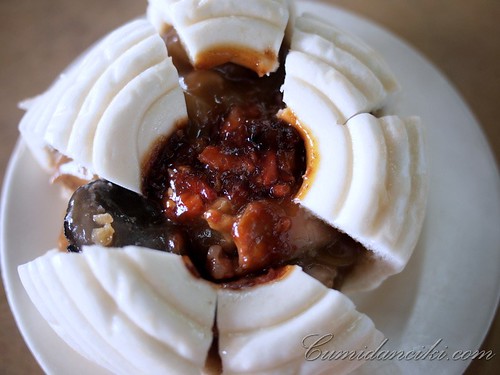 They also have this crazy Gai Wo Bao, which translates to ‘Chicken Nest Bun’. Clan Restaurant owners are the creators of this wacky bun, apparently. Basically it is a white, fluffy bun (like a bao, but larger and flatter) stuffed to exploding point with Chicken, Mushrooms, Pork and Salted Egg Yolk. As if that’s not enough, the signature Loh Mai Farn (as in the glutinous rice in Loh Mai Gai) is the final element, stuffed into the base of the bun that makes this just the ultimate starch meal of the day. It’s a rather crazy concoction but it works.

We are normally pretty taken with the other Dimsum dishes at this place as well. The shrimp rolls are fresh and crunchy and taste fabulous when you dunk it into the creamy mayonnaise sauce. Then there are the pork base rolls which are equally succulent and full of animal fat flavour. I also like the xiao long bao here, as it normally explodes with sweet, hot juices when you bite into it. We generally eat in appreciative silence.. occasionally shaking our heads and muttering under out breaths.. so tasty, so cheap. Wish other overpriced dimsum joints were more like this! 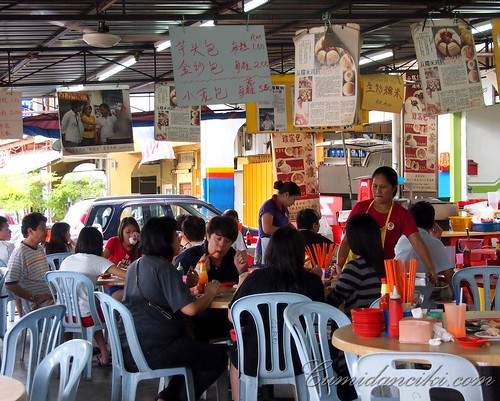 this place needs no advertising.. as there’s tons of advertisements hanging from the ceiling as it is! 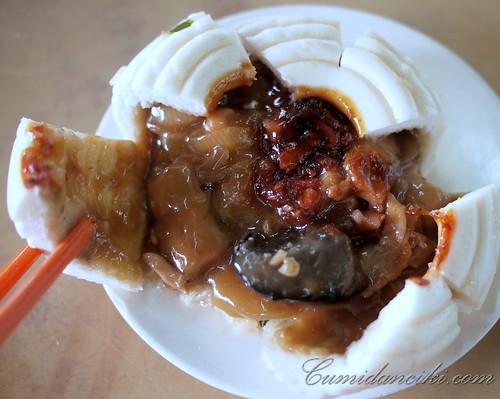 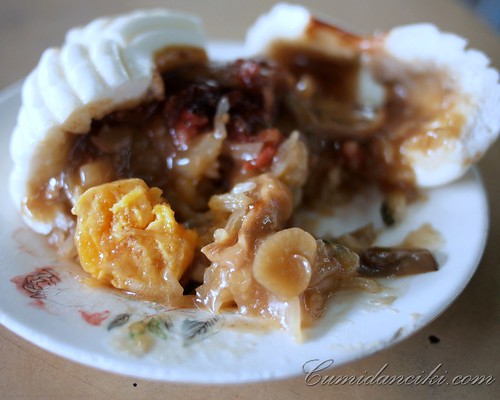 I wish it had more than one yolk per “nest”! 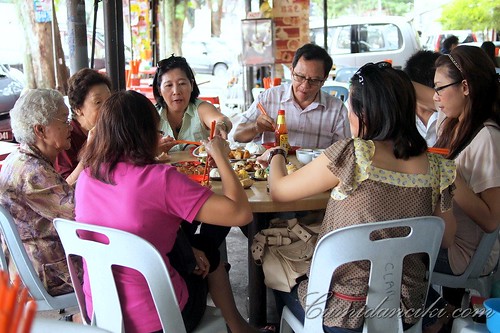 Some tables sit as many as four generations .. such is the Yamchar culture in my country.. I just love it! 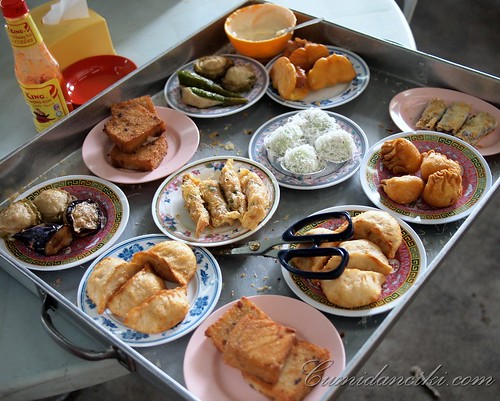 A good assortment of dimsum dishes 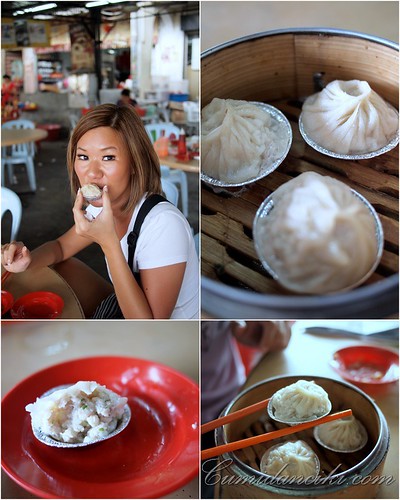 I like the xiao long bao.. this is the only correct way to eat it! 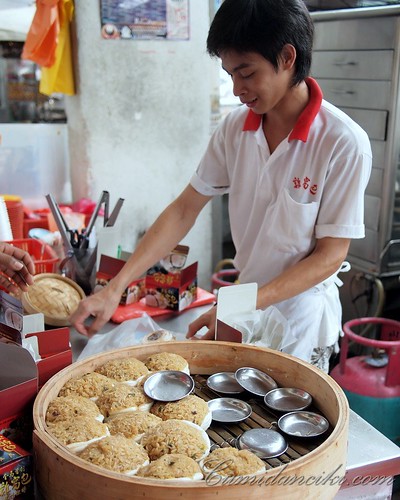 The guys mass producing the Gai Wo Bao. These are packed into colorful boxes (custom made to fit one bao) for sale to the masses. The owners are ingenious business men I tell you. 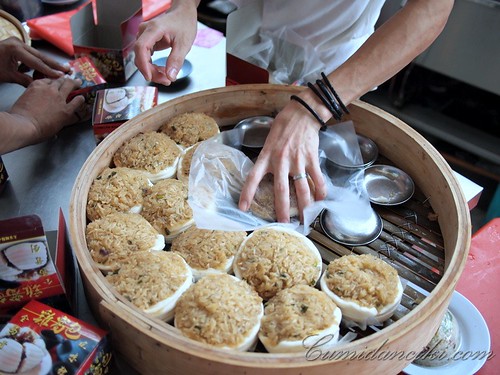 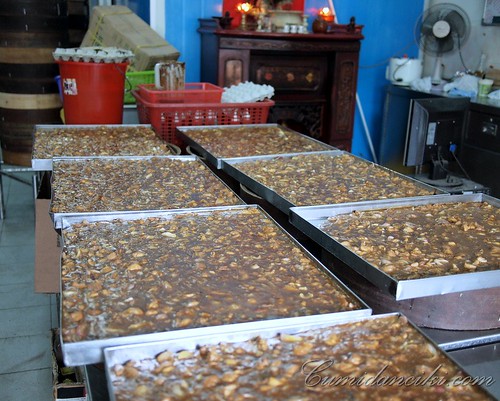 The sauce that goes into the Gai Wo Bao is produced in massive batches – I hope no stray insect falls in there! 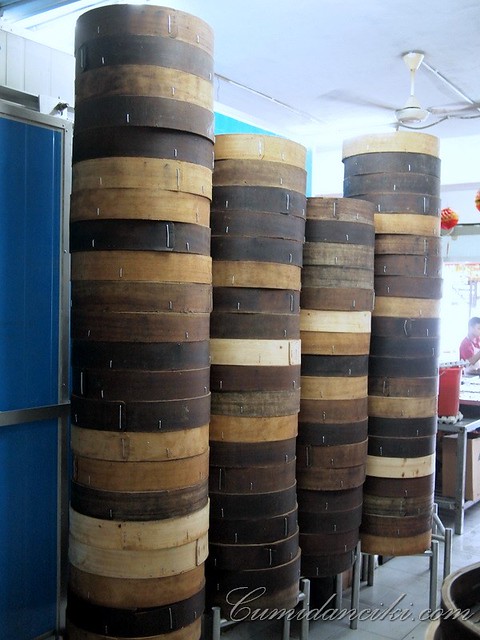 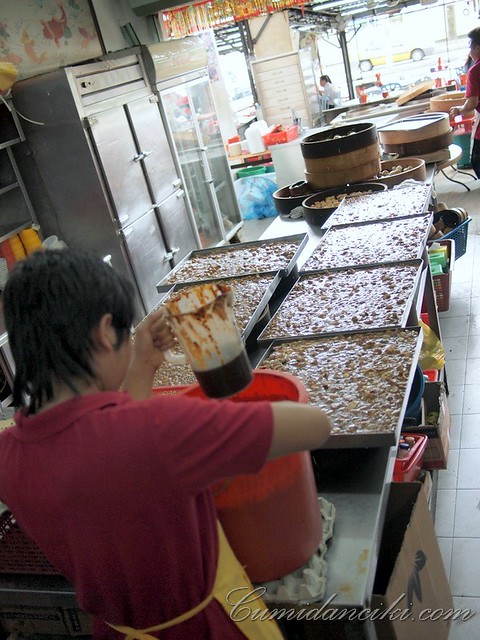 Everybody has a job to do around here.. 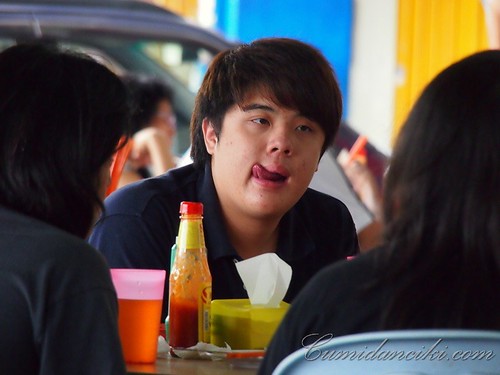 Including him! It’s finger licking good! (His job is to eat lah..) 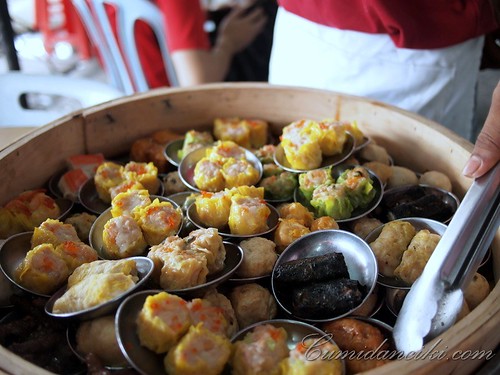 Nasi Lemak is to Malaysians, what the English fry-up is to the British. But whilst the full English breakfast has streaky bacon, eggs, fried…