Let those who have ears, listen👂. @nancysilvert

Best show since the pandemic. Top Gun Maverick. Do

I totally judge a book by its margherita. 🍕 Af

She certainly pulled out all the stops @osteriamoz

What did Superman’s mom, tell Superman?

Now you know where the ramen eating Superman’s super powers come from. 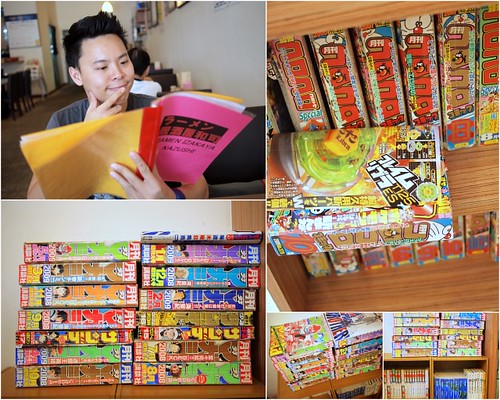 Actually, looking around, you will notice that there’s no shortage of comics in this joint. One could easily believe that Superman lives within these walls, or at least the pages of the comics.

I just learned something from my Japanese boss on Wednesday. The word “Otaku” is Japanese for the enthusiast, whose enthusiasm borders on extreme geekiness, and in Japanese-dining circles there’s no one more enthusiastically geeky than the ramen otaku. These days, KL’s community of ramen otakus are catching on like wildfire and spreading to the local KL-ites as well. Both me and A lil Fat Monkey fall into the category of Ramen Otakus and to prove it, watch us go ga-ga over our food, here at Ramen Izakaya Kazushi. 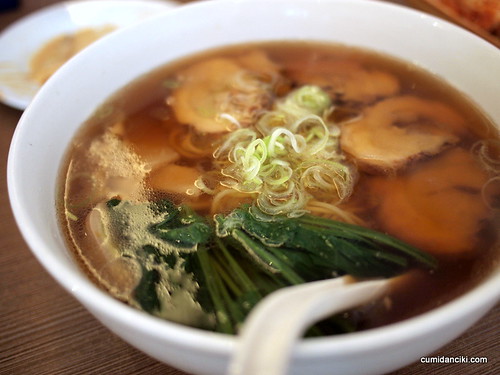 You will notice in this joint, all the hallmarks of a good ramen restaurant – Japanese expats, noodle slurpers, and culinary screwballs of every persuasion can be seen dining here over lunch and dinner time, and for good reason. The Shoyu broth is fabulous—smooth with a mellow roundness, subtly flavored with a chicken stock with plenty of soy sauce added, resulting in a soup that’s tangy, salty, and savory yet still fairly light on the palate. The noodles are firm and springy and pretty much irresistible. The fresh grilled pork floating in the broth is fresh, as are the bamboo shoots and the chopped scallions.

Some of the non-ramen must-have dishes include the trio known as Otsumami Mori with crumbly pieces of charshu, gently cooked eggs with creamy yolky centers, kimchi on the side; the chewy Atarime eaten with Japanese mayonnaise and the oh so healthy Ban Ban G salad. 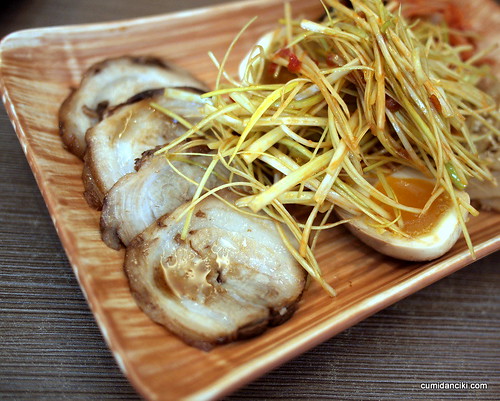 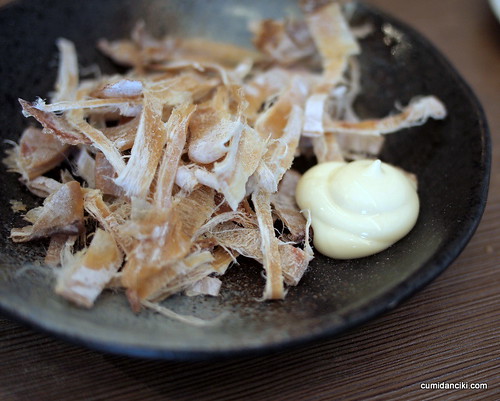 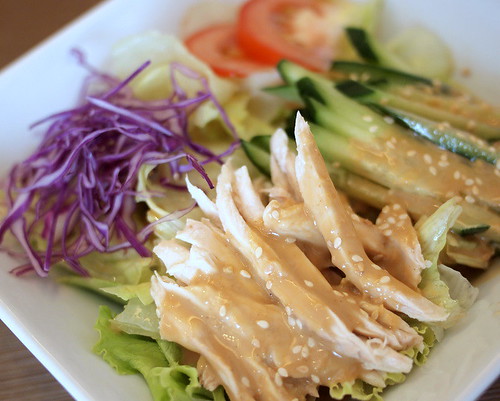 Aside from a few Japanese beers, appetizers, and a few rice dishes, there’s nothing but ramen on the menu—so it’s a good thing it’s done well. First, you choose your type of broth, and you can pick from shio, tonkotsu, shoyu or miso. In my humble opinion, the best option is shoyu-  which has a thick, meaty texture. Also you can decide if you want your noodles served hot in broth or cold/chilled (Hiyashi ramen). Either way, you’re not far off from a great bowl of noodles. 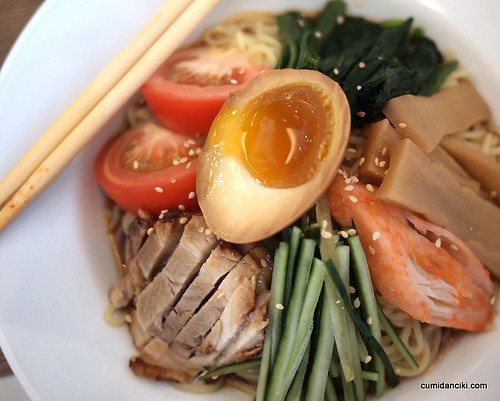 The best dishes combine chunks of pork or seafood with the noodles. Charshu ramen has two types of pork – one cut thick like siew yoke (roast pork), the other melting, buttery, thin slices cooked in oil and garlic. Lush julienned cucumbers, plump bamboo shoots and crab meat give it its tantalizingly briny taste. Oh, and tell us we did not fail to mention that single gently cooked egg, which binds this versatile, transcontinental dish together and makes it equally ideal for breakfast, lunch, or a nutritious late-night snack? We didn’t, did we.. 😉

What is a Haggis? “Haggis, “The great Chieftain of the pudding’ race”, as Robert Burns, describes it, is indeed a toothsome morsel and it is…