Today is Malaysia’s Independence Day. I thought it would be ideal to release a post I started on several weeks ago…

As a ‘yearling’, I remember the bumper to bumper crawls heading into town during the weekends. It was our usual weekend getaway. From the peace of the suburbs to downtown bustling life! My mum, the driver, would be in a foul mood as we progressed inch by inch. The snarl would start before Edinburgh roundabout or what is today a nameless large intersection by the Institute of Language and Literature or Dewan Bahasa dan Pustaka. On worse days, the car trail would start from the highway exit opposite the King’s Palace. You see my mum belonged to that particular segment of drivers which only knew a single direction to get somewhere. Take a wrong turn and she would be lost. Therefore every weekend we would be subjected to snail pace crawl into the city while there were other less congested roads that could take us in faster. I found them later when i reached illegal driving age. Yes illegal. (It’s that age where you sneak out the family car for joyrides with friends, at 2am. Car pooling then had a different meaning. Friends would take turns ‘sneaking out’ their folk’s cars. It is during those days when KL had the infamous Jalan Tun Razak circuit where the ‘Fast & the Furious’ would proudly display their cars with souped up engines along the stretch then race them on the ‘track’. Party and fights were common then in the dance clubs like 11LA, Visions… well… that’s a different story)

Every weekend we would be subjected to a snail paced crawl into the city..

From opposite side of the King’s Palace, we follow a deep left bend which would pass-by a junction that leads one to Kuen Cheng Primary School, a popular Chinese-medium school. Continuing on, we would pass by a Wisma Mirama opposite the Dewan Bahasa. I think it was famous for  a bowling center. Oh, on the other opposite side of Dewan Bahasa there were some ancient cemeteries hidden behind a terrace of bushes. We would pass by that when it was time to head home in the opposite direction. After the Edinburgh roundabout (I wish it was called Edinburgh intersection today), we would pass by the infamous Loke Yew flats and behind it the San Peng flats where many stories of sex, drugs, love, betrayal and tragedy could give inspiration to any film writers (which makes me wonder why there weren’t any films inspired by the stories here. They could call it SLUMDOG SAN PENG FLATS). Next to the flats, there was the fire station which I only witnessed an emergency call once passing by. Opposite the fire station, stands Victoria Institute (a prestigious century old alma mater) and nearby the National Stadium and Merdeka Stadium where famous football matches played, local and international rock concerts were held, and where our Independence was announced. Even Michael Jackson moonwalked at Merdeka Stadium in 1996. There are many sites of historical soci0-cultural importance.

As our car inched further down the road, past a play-field, Pudu Jail comes to sight. Being a passenger stuck inside the car, the sight of this ominous building signified a close end to our traffic day-mare. The traffic jam reduces significantly past the traffic lights after the prison. I was always happy to see this building every weekend. One day, I (together with the rest of the motorcade) noticed a few painters along the exterior wall. They were prisoners being watched over by wardens painting a mural on the bland exterior walls of the prison. This was in the early 80s, and I do not think anyone would forget the image or forget hearing about prisoners painting images on the walls. Day by day, each wall section became a continuing series of beach and jungle scenery painted in realism, stretching the parameters facing the public. It contrasted the grim life behind the walls.

Inset taken from The Star Newspaper
A newspaper article in the 90s from a reporter, Helen Ang, stated there were 4 prisoners involved with this work of art that stretched over 260m (see red line above) and used over 2,000 liters of paint. Only one of prisoners received recognition from the Guinness World of Records. What are the reasons for single award? I am unclear. Maybe some of you will know.  To me, the mural made a remarkable statement as a thing of beauty for people passing by in their vehicles or on foot, compassion from the authorities who approved the painting, and a sense of hope and freedom for all of the inmates even though not all participated in its creation. Today I wonder why there weren’t any movies or documentaries made on this significant piece of ‘world’ history. Many Malaysians agree that they would proudly show off these walls to a tourist but not our government. They don’t feel Malaysians should be proud of an antique prison and its pretty walls. There is great dissonance between public opinion and government decree that seems to reflect the current local climate.

Loosely Translated as : Death by Hanging – That is the Penalty for Drug Trafficking. This will be a great misfortune for your family!

If I can recall these childhood memories of these walls together with the surrounding attractions so can many other Malaysians and non Malaysians who have lived or still live here. Young and old, rich or poor, and VIPs and street urchins can remember them too. Good or bad, for better or worse, Pudu jail is a heritage for every Malaysian. It reminds us where we do not want to be if we were to commit a serious crime. It is a correctional facility where many received canning or whipping as punishment and a place many turned a new leaf after a period of solitary contemplation. Some were, of course, put to death by the gallows which serves us the grim reminder of not to do terrible things to society. Pudu jail had also been home to prisoners or war during the Japanese occupation. Some of the older generation would recall decapitated heads stuck on poles left outside, to strike fear into the hearts of citizens if they collaborated with the resistance. After the Japanese left, and the British reclaimed their rule, the jail then became home to several freedom fighters during a time when sentiments for a free and independent Malaya (Old Malaysia name) developed amongst the Malayan community. Many of the older generation complain about how the young knows nothing about the struggles of their ancestors yet historical artifacts are quickly being erased from the public’s eye. The young only have Hollywood to spin tales of preservation on American heritage sites while they know little about their own place of birth.

Part of the Pudu Jail exterior has already been demolished since 21 June 2010 for the reasons of road widening and to be eventually replaced by commercial complexes. Aren’t there enough unoccupied buildings, apartments and parking in the city?

Road congestion will never cease unless a perfect public transport system is established, and road works are properly managed and scheduled. My perspective is not unlike the rest of the public. To me, Malaysia has diminished much of its heritage value with the demolition of beautiful old buildings and renaming of street names from colonial times. In recent years, we have lost key historic sites in the city such as the Bok House, Bukit Bintang Girls School and the government quarters in Pudu (which used to have a clay tennis court – the only one I know of in the country!), all apparently for a ‘socially and economically improved Malaysia’ but really it’s just to fill the pockets of a few while the remainder receives meager daily wages.

If developed countries can turn their antiquated correctional facilities into historical relics with great commercial value, why can’t our government do the same?

If developed countries can turn their antiquated correctional facilities into historical relics with great commercial value, why can’t our government do the same?

There are clearly issues why Malaysian government lacks the heritage conservation mindset. Pudu jail was converted into a museum briefly in the mid 90’s but i had the misfortune of not being in Malaysia during that period to visit the place. It’s too late now and too late for the rest of you, even if they keep just a portion of it standing.

Some recall their duties. 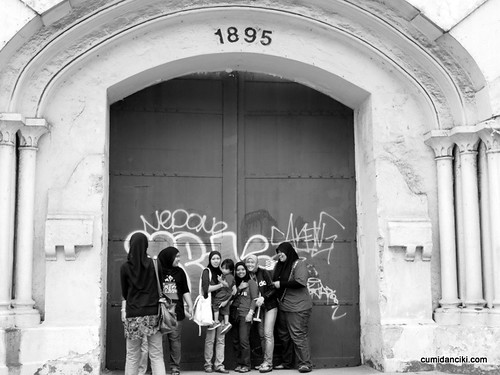 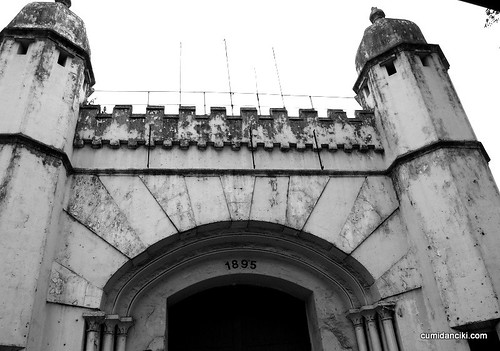 One of the newest Thai joints in town, just started doing a brisk business, two days ago. Located close to my backyard, Taman Tun…