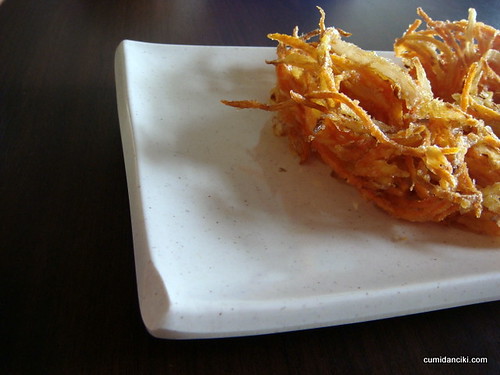 Noodles are an integral part of world cuisine, from the East where we have Ramen, Udon, Pad-thai,  to the West where we have Spaghetti, Capellini, Pastitsio and from the refined, angel hair pasta to the unrefined, macaroni cheese.. it’s noodle mania that has caught on and spread throughout the earth like wild fire.

But few noodle dishes evoke as much passion, or inspire such loyal gastronomic devoting as do the Ramen and the Udon in Japan. At a glance, it looks like such a simple, humble meal  – a bowl of noodles in broth with toppings. However, make no mistake that the Japanese have it right when they say that the simplest things are the best and often the hardest to perfect. Starting from scratch, the handsome chef at Sanuki Udon here in Kuala Lumpur, makes his Udon fresh – flour to make the noodles and meat to make the broth, he embarks daily on a mission to create the best tasting bowl of Udon for his customers. 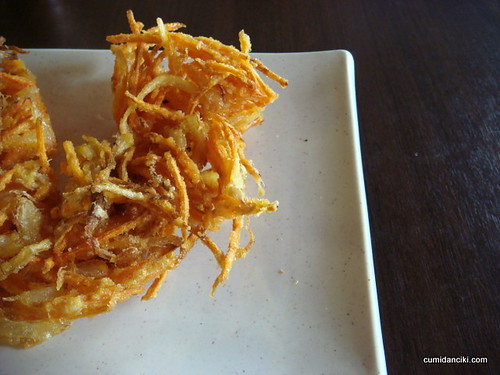 Overly processed foods don’t taste right, though big companies do it to save money. Taking the time and effort to make things safe and good to eat, is what sets this place apart from many larger, instant-fix restaurants. It is admirable. It is praise worthy.

Why the name Sanuki Udon? Because it is the most famous region in Japan for churning out fantastic Udon, that’s why. The Mecca of Udon as you would have it!

To pin-point things, it is the Kagawa prefecture that is renowned for the origins of Sanuki-udon. This place is literally ‘Udon Kingdom’ due to its many udon makers and restaurants. Sanuki wheat-flour noodles are noted for their strong body and smooth texture. The basic way of eating Udon is simply to pour a kelp-based soup seasoned with light soy sauce over the noodles. Spring onion, leeks, ginger, egg or sesame seeds can be added if desired. 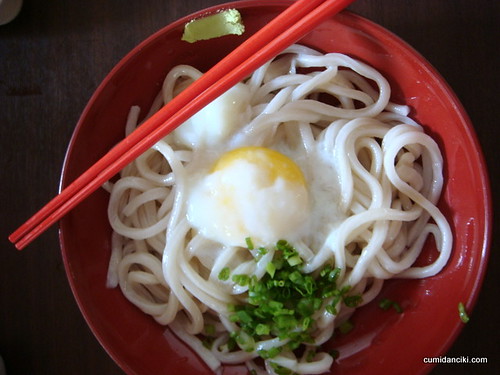 There are many varieties of toppings, including seafood or vegetable tempura, or even a meaty curry sauce, so you can enjoy various combinations with your udon. Sky’s the limit!  In Japan,  toppings usually come with an extra charge. Many self-service wheat-flour noodle restaurants in Kagawa are renowned for their very reasonable prices.

Here in Sanuki Udon Kuala Lumpur, there are around seven types of udon dishes on the menu. I really love the House special eaten cold! All it is, is superbly, freshly made udon with a half boiled egg on it, some garnishing and you are suppose to eat it with just a sprinkle of sesame seeds and chili flakes. That’s it! Oh… truly, simple food is the best kind of food. 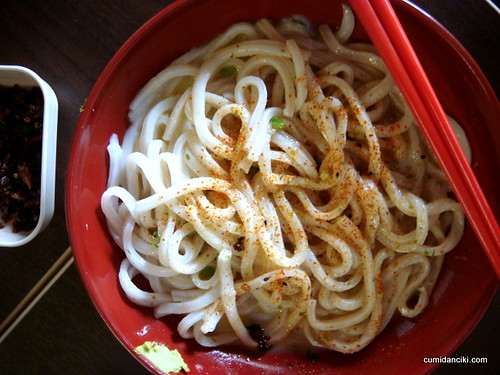 On the menu is also the plain udon with soup that is priced at only RM6 per bowl. It’s nice to know that they have kept the udon affordability culture alive here in KL!  Even the most gourmet bowl here does not cross ten ringgit -what a steal.  The toppings are priced between RM1 and RM2 each.   Below you will see some photos of side appetizers – the delicious, crispy fried chicken called the karaage and the  chinmi moriawase which is the delightful seaweed trio, a true appetite stimulant! 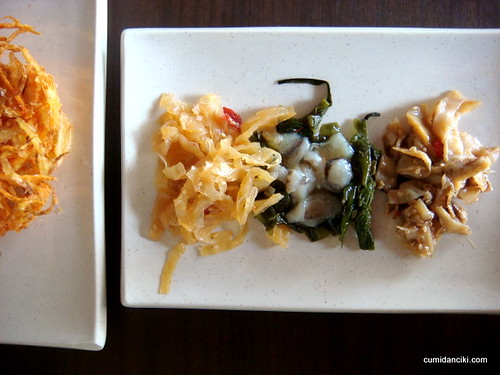 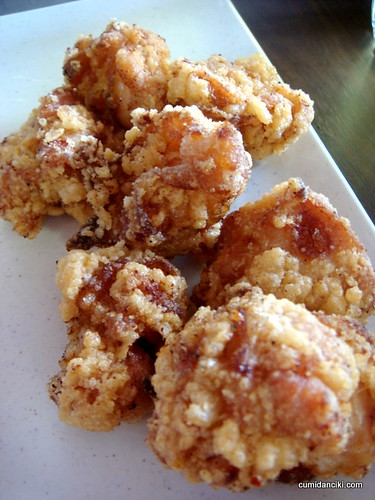 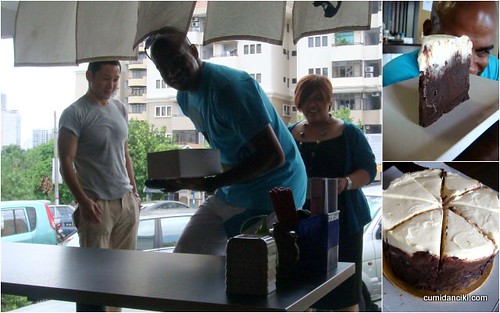 Oh and no lunch is complete without Fatboybakes‘ legendary Scrap-cake making an appearance. Photo above shows the Scrap-cake (actually a Chocolate Mud with Cream cheese frosting demo cake this time) being hand delivered by Bald Eagle (middle) while The Chef of Sanuki Udon (left) and LL (right) look on in semi-euphoric anticipation. Wonderful, dense chocolate cake. What a superb end to the meal.

Lunch is indeed my favourite meal of the day.. next to breakfast and dinner.

Of special note the following book:

Oishinbo (roughly translated as “The Gourmet”) is a best selling food/cooking manga in Japan. Written by Tetsu Kariya and illustrated by Akira Hanasaki, this manga was first published in 1983 and is still being written. It has sold over 100 million copies and has been collected in 102 volumes. The series was even made into a 136-episode anime television series.

Each volume of Oishinbo follows Yamaoka and his colleagues through another adventure on their quest for the Ultimate Menu. Now, the best stories from the hundred-plus volume series have been selected and compiled into A la Carte editions, arranged by subject.

About the Author
Manga writer and essayist extraordinaire Tetsu Kariya graduated from prestigious Tokyo University. Kariya was employed with a major advertising agency before making his debut as a manga writer in 1974 when he teamed up with legendary manga artist Ryoichi Ikegami to create Otoko Gumi (Male Gang). The worlds of food and manga were forever changed in 1983 when Kariya, together with artist Akira Hanasaki, created the immensely popular and critically acclaimed Oishinbo.

Last weekend found us in the heart of Kinrara Puchong. And lo and behold we stumbled upon this place for Vietnamese food which turned…