I know I might sound repetitive in my old age, but I need to say again just how much I missed certain foods whilst I was away in Java and how eating certain foods in Java , have re-sparked an interest in my eating habits, in areas that I have long neglected. I am of course talking about the dreaded carbohydrates. Over lunchtime me and my colleagues actually found a place to satisfy both those cravings , food I missed – Japanese.. and food that I now crave due to one to many Nasi Padang’s- rice! Ichiban boshi that is part of the R E & S group restaurants (Singaporean and the same people behind Kuriya) , that I had heard about,  from hairyberry once upon a time, has come to PJ. We no longer need to traipse down to the heart of KL,Pavilion to partake of those Japanese set lunches anymore. Here at Giza, Kota Damansara, it’s just a stones throw from my office. I like the Aussie version of the Ichiban Boshi advertisement that says  – Are you ichi? Need your Japanese rice and sashimi fix?  Yes, I am ichi. I am here at the restaurant to get my fix. Feed my itch now please.

Which of you is guilty of swallowing a giggle when you read from some Japanese menus raise your hand. The Don Don Wazen caught my eye and I decided on it almost immediately. A mini unagi rice bowl with scrambled egg, a mini sashimi salmon rice bowl, (you read right..TWO rice bowls), assorted tempura, chawan mushi, appetizer, miso soup and fruit this read like the mother of all lunches. Good. If you are going to try and satisfy a craving, might as well do it in style. The Don Don Wazen is classified as the Executive Meal all for the amazing price of  approximately RM33 only. Too good to be true. My colleague ordered the sukiyaki gozen. This was also a relatively huge portion of sukiyaki hotpot, assorted vegetables, noodles, salmon sashimi, chawan mushi, appetizer, miso soup and fruit. They call this one, the Premium Meal, priced at RM27. One thing worthy of mention is the startling number of set permutations they have at Ichi. I mean, if you are a nutter for sashimi, or tempura, or unagi, or the katsudon, or tofu or mackerel.. (you catch my drift) you can have it as part of a monster set and mostly below the price of RM35. Knock yourselves out. 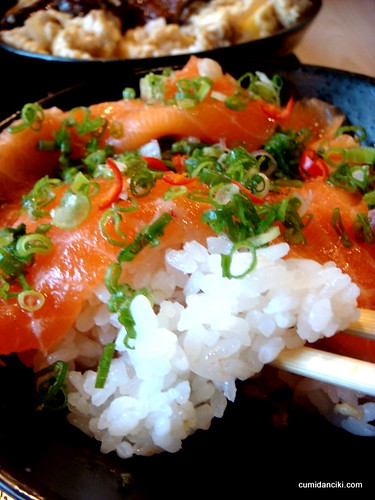 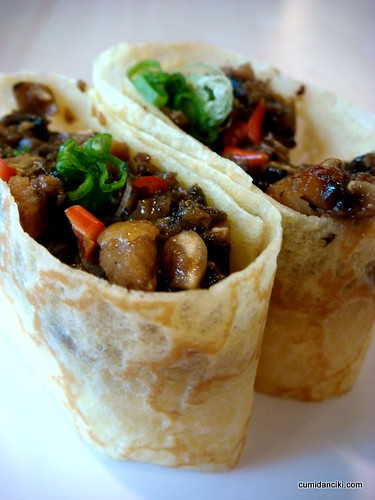 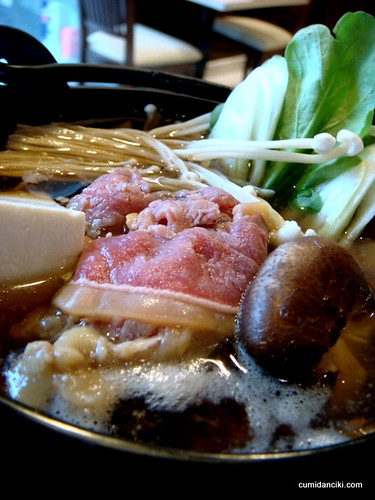 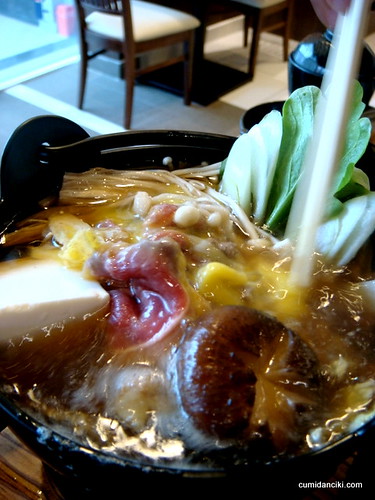 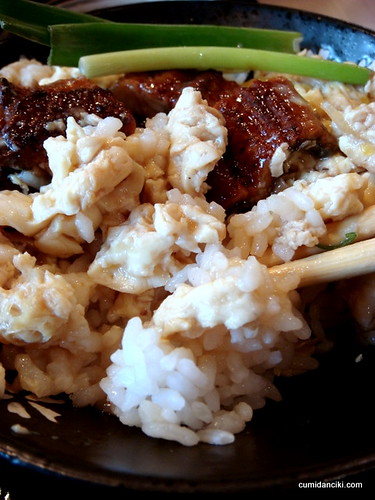 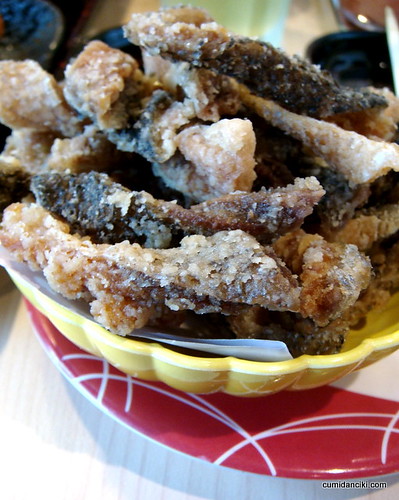 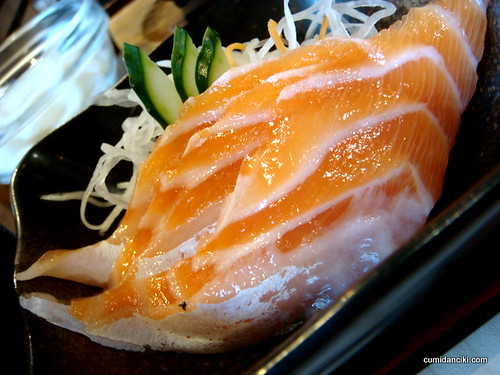 The meal made me feel invincible. I think this carbohydrate addiction is here to stay. I found the sashimi salmon cuts here fresh and generous with fat marbling. The rice sets were huge – nothing mini about them and the richness of the sweet unagi tempered with the savory scrambled egg was delightful. My colleagues sukiyaki was cooked to perfection because, no sooner had she dunked the raw egg in and swiveled it (she does not like the idea of eating the egg raw separately), she promptly lifted the beef, still medium , out of the boiling pot. The beef was fatty in all the right places. The only complain and the thing I would not go back to eat is the Salmon skin. Hard instead of crispy, you can give this one a miss. Also, we did not eat off the conveyor belt so if you do so, you’re on your own. I cannot vouch for how fresh the conveyor sushi is. Service though jittery (new, foreign staff) was attentive – almost too attentive as they nearly chucked the food all over my camera!

You can check out this place if you ever get ‘ichi’ for Japanese.

They eat with Aluminium chopsticks! How clean.. how hygienic… Not only that, their Yong Tau Foo serves TAUHU SUMBAT (Stuffed taufo) as well as…