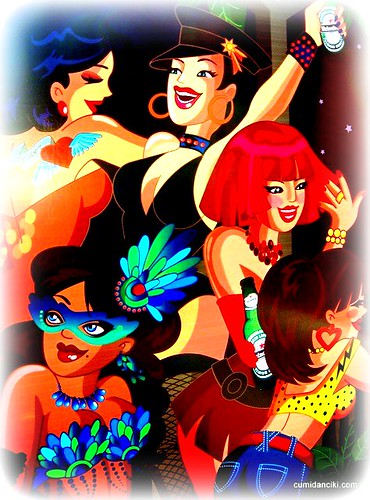 When I heard from Sean of EatdrinkKL that they served Alligator meat at Havana, I wasted no time dragging Paranoid Android (PA) to the joint. Seeing as rich man PA lives just a stone’s throw from this upmarket part of town, I knew he would have no qualms joining me for lunch. 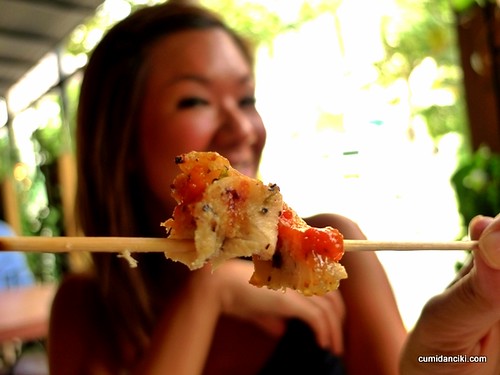 Gator on a stick – it tastes like chicken.. an extremely rubberized form of chicken. The waiter says that it is from Australia and we were wondering how long this gator had been frozen for. Anyway, good if you like some fight in your meat. Taste wise nothing to shout about. 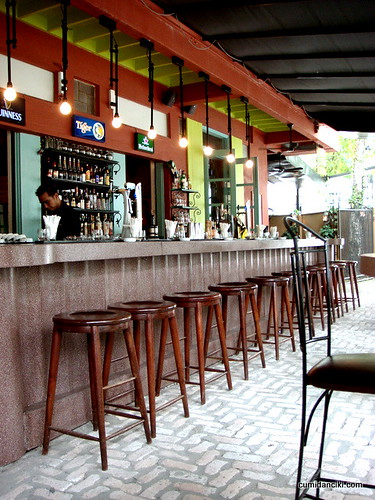 The newly revamped Havana .. stylish and bright. We love the bold play on colors. The inner court is extremely pretty not to mention the cool upper deck. Check it out if you are in the area. 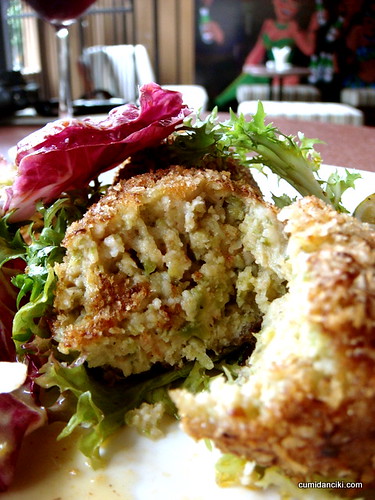 The name of the place might be Cuban but the food they serve is a mixture of Louisianan, Creole, Cajun etc.. Take for example the Crawfish Boulettes – Boulettes (“little balls”) are little breaded and fried balls of meat or seafood dressing, that make a scrumptious snack, appetizer or side dish. The ones I ate before were heated in brown roux-based or tomato gravy and served with rice but the ones at Havana were just tasty deep fried balls of well, Craw fish, potato and minced vegetables. We were hard pressed to locate/taste the Craw fish, but as with anything breaded and fried it tasted good! 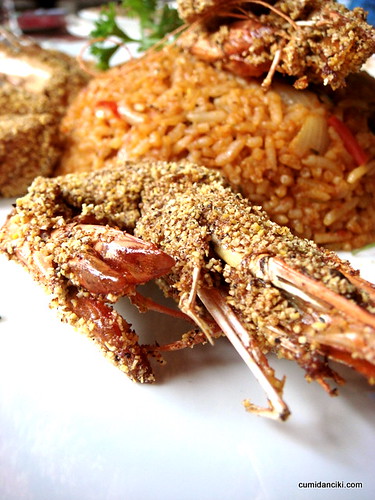 Jambalaya is traditionally made with meats and vegetables, and is completed by adding stock and rice. It is also a close cousin to the saffron colored paella found in Spain. The one we had at Havana was Red Jambalaya with breaded chicken meat and prawn, and also smoked lamb sausage in the rice. PA was not impressed with this dish.. he swept the rice to the side and declared that the sausage tasted like.. 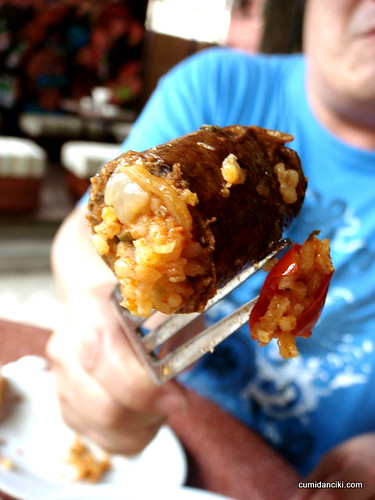 .. that the sausage tasted like.. Dog’s p***s ! Which begs the question.. PA, how do you know what DP’s tastes like:P

(censored for the sake of young readers). 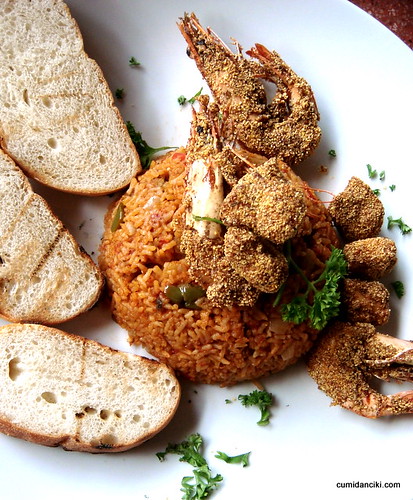 Jambalaya – what I did like about it was the bread crusted chicken bits and the prawns. The rice was good too but it could have done without the gamy lamb sausage. 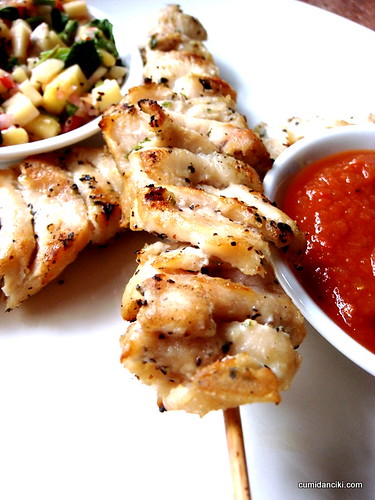 Alligator meat, much like venison or ostrich meat, is considered to be an exotic meat, which means it may not appear next to the hamburgers and hot dogs at your local grocery store.. surprise, surprise! By the time the gator meat reaches the shops they are normally in the form of frozen, great big bags of meat. Almost all alligator meat sold today is produced in commercial alligator farms along the southern coast of the United States or in other countries with large alligator populations, such as Australia. 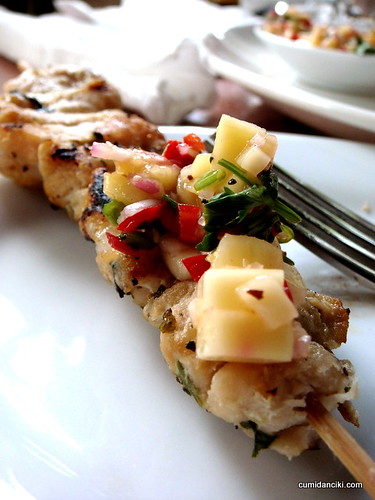 Alligator meat is considered to be healthier than domestic chicken, especially when it comes to cholesterol and fat content. The most common alligator meat product  is the tail section. Alligator tail meat is very similar to veal in texture, but is said to taste like chicken!

So, rubberised chicken due to the high muscle and low  cholesterol/fat content. Eat Gator meat.. it’s good for you! 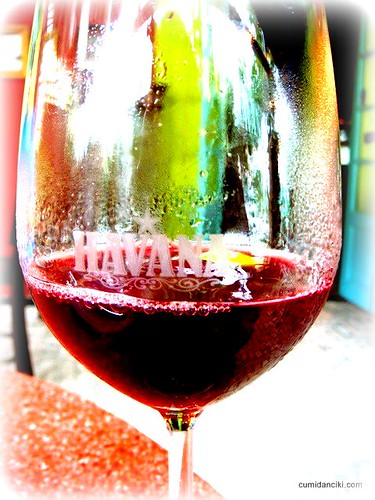 Hello my lovely readers! I’m off to USA for a week & the site is being moved! We’re upgrading to a new web host….