THIS POST IS a continuation of our South Thailand Road Trip posts. Click below for tips on “How to cross the Thai-Malaysia Boarder by car” and our escapades in South Thailand..

Months before this trip, a Malaysian friend residing in northern Thailand heard we were going to explore the southern extremities. Out of concern, an email arrived in our inbox discouraging us from pursuing this perilous journey. He had heard and read many stories of murders, be-headings, bomb explosions and shootings from the northern Thai news. I guess it’s similar to the news we receive in the Malaysian media except north and central Thailand may get a whole lot more of it, with added sensationalism. Should we stay or should we go? Since we’ve already crossed the border, why not delve a little deeper… deeper into the dark territory where the evil lurks behind every rubber and banana tree… 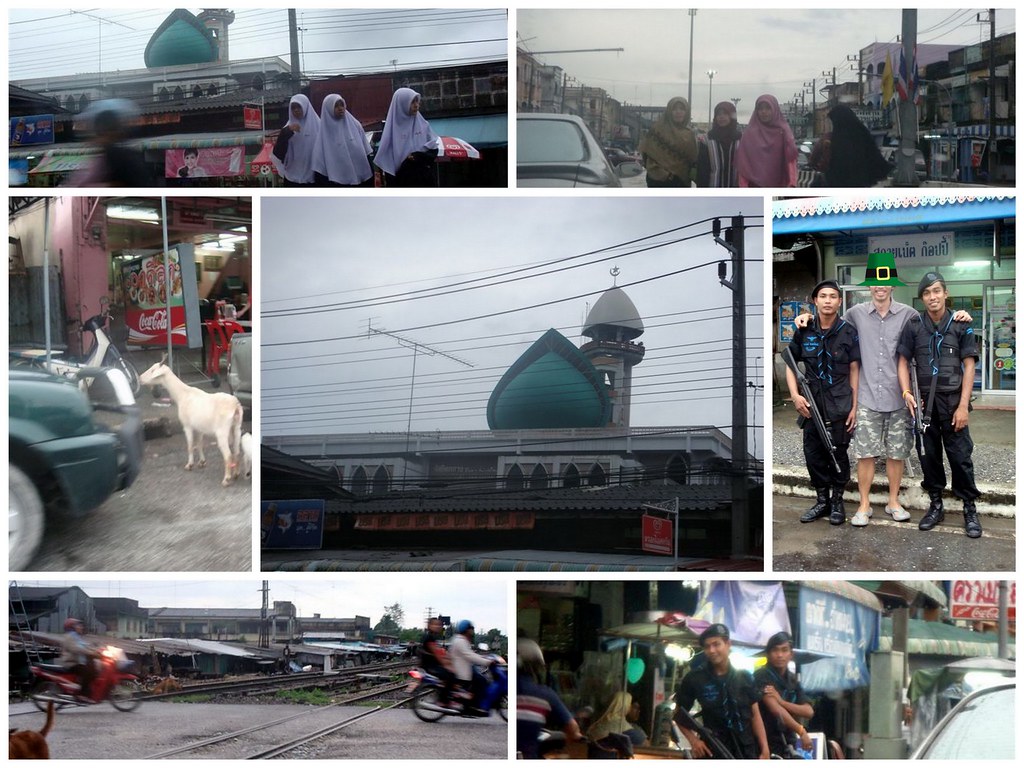 Yala.. the Muslim part of town..

Above: we thought we’d share pictures of the more ‘extreme’ side of Yala first… of course.. the only extreme thing we found was the extremely friendly locals with big smiles for us tourists. Look at the big wide smiles of the military peeps with their M-16 rifles. Cumi wanted a picture holding the M-16 but they declined… with a smile again.
So we crossed the railway tracks into the non-Muslim part of town, no ruckus anyway, no bombs going off, no helter skelter, no drive by shootings and no madmen wielding machetes. Maybe these things happen when darkness falls! It’s quite possible as well that the civil unrest happens in the outskirts where there is less policing. 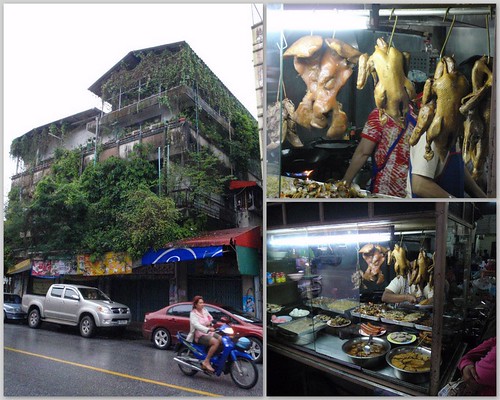 In Malaysia, the house above would be an abandoned home. In Thailand, its a humble abode built ’embracing’ nature. Across the street, we dropped in to a thai chinese economy rice shop. Of course, it was a little queue of people that attracted us here and the half-cut pig face. We didn’t spend much time in Yala as there wasn’t much attraction here and the locals we talked to suggested we continue our journey to the north. 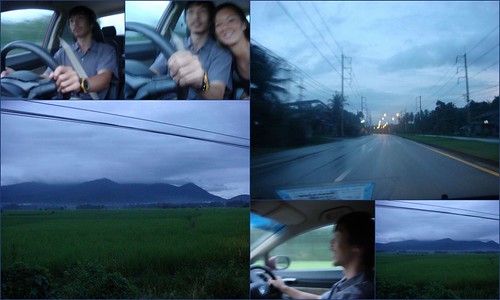 The Need for Speed..

Driving in Thailand is simply amazing. Not just because it’s new territory to us, but the drivers are extremely polite and thoughtful. They don’t honk, cut you off indiscriminately, stomp on their brakes without thinking of cars behind, show you the finger, and/or  give you c*ck stares, if you’ve accidentally disturbed their driving experience – something we  often do ourselves. The general Thai’s are just extremely courteous, giving you the right of  way, if they know they can’t beat your speed, or if their junk is a real smoke sputter-er, or if they anticipate you are a road demon or a crazy Malaysian driver wanting to overtake them:P No speed traps as well. It’s actually impossible to keep to the speed denoted on any signage, you’d have to ride a bullock cart – that’s our excuse anyway!

Come to think of it, we didn’t even see any accidents throughout our road trip.

On to a song… Songkhla!

The Row KL or those of us who remember it as the Asian Heritage Row, back in the day, has seen a sort of…