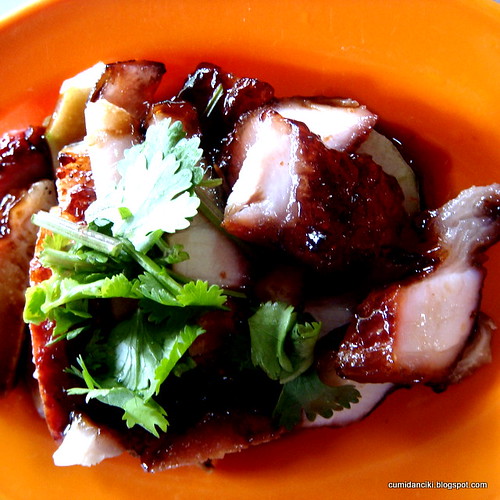 When Cumi gets it into his head that he wants to eat something ‘different’ and far, far away from where we live, he normally gets his way. Since he is the walking G.P.S., I hardly have qualms letting him lead the way. 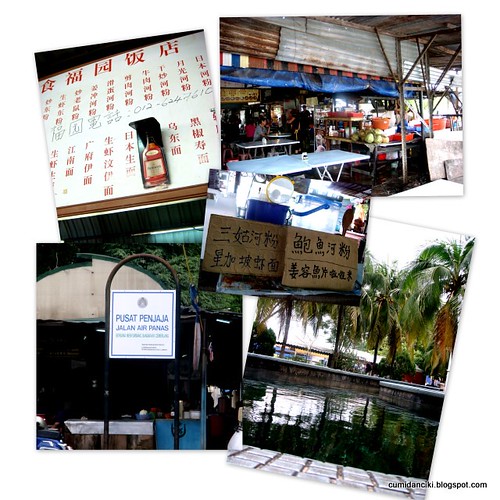 Setapak, is about as foreign as it gets, to me. This Pusat Penjaja Air Panas (Hot Water/Spring Hawker Center) is affectionately known in Chinese as “Yeet Siu Pasak”. It is situated just next to Restoran Talipon in Setapak, KL, if that is any help. The name is derived from the hot spring landmark, not too far way from the hawker center. If you asked me now, whether I could find it again, the answer would be, no. Ask Cumi! 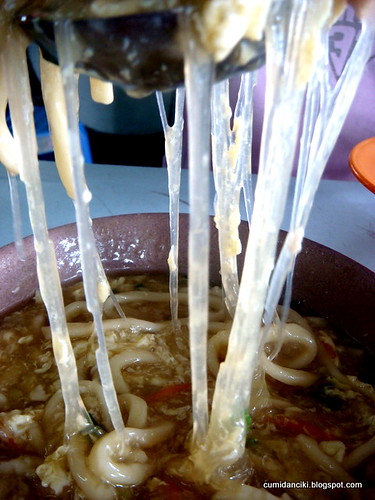 From the word go, I was in love with the food here. For starters, we had the ‘ half fat, half lean’ Char Siew (BBQ Pork). It had enough marbling to send shivers down my spine. Really good! Then came the Hennessy Lor Mien  (Noodles in thick broth with a generous portion on Hennessy to flavour). There was a generous amount of  Tong Fun (glass noodle) in there too, which I love. At first I was doubtful that the Hennessy would even be noticeable. We were thrilled that the Hennessy flavour permeated the entire bowl of Lor Mien. The smooth texture of the eggy broth, made thicker by chunks of delicious, soft pieces of pork was what sold us. Thoroughly enjoyable and highly recommended. 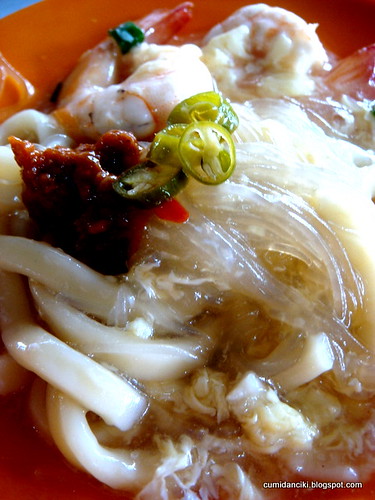 Here’s me, destroying the natural taste of the noodles with a massive dollop of sambal chili (chili paste) as well as chili padi (baby chili – cathartic). Of course I normally taste a few ‘unadulterated’ mouthfuls of my food first before I dump all that burn on it. Cumi shakes his head. What can I say.. I am a true Malaysian. I like things spicy. 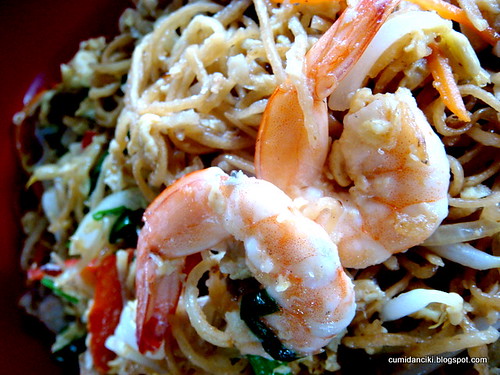 Another winner – The ‘Kwai Fah Mien’ is translated as osmanthus flower fried noodles , or so we gathered from the internet. However, there was hardly any to be seen in the noodles. This Chow Mien is made from frying up the wantan mee egg noodle. It also had a generous amount of pork lard, seafood and pork meat that would bring a grown man to his knees. All the smoky goodness of the Wok, is evident in this al dente noodle dish. A word on the portions of noodles. Both the Hennessy noodles as well as the Kwai Far noodles were huge. Portions large enough for at least two persons, plus the quantity of meat in it was commendable.

I guessed RM40 for the BBQ Pork, the Hennessy and the Kwai Far Fried Noodles. Cumi guessed RM30. The bill was just RM19.00 ! Amazing. We need to arrange a massive ‘makan’ outing to Air Panas Hawker asap. 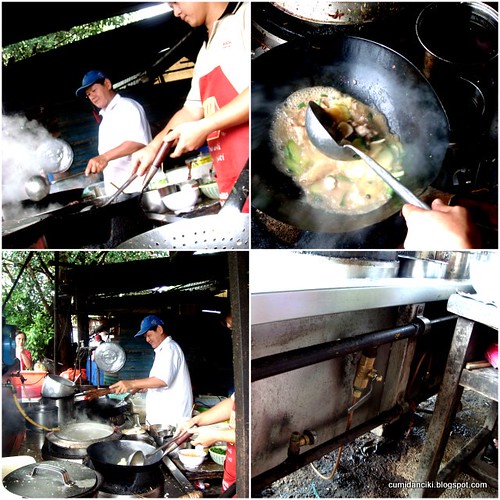 The uncle and young guy duo, manning the woks. The heat generated from the cooking was pretty awesome. The uncles says “Take his photo, he is young and good looking”. The young man says, “Take him, he is more experienced”. Let me see.. if they cook for me everyday… I’ll take BOTH!

The snazzy contraption on the bottom right of the collage is the heat dial, which can be adjusted by the leg of the cook without missing a beat. He turns up the fire with just an agile flick of his knee. The young man tells me, ” It’s much more hygienic this way”. Wow.. These two have really won my heart.. good job I now know were to find them!

There’s plenty more dishes on the Chinese written menu board hanging above the stall. Judging by the quality of the 2 dishes we had, we will definitely will be back!

Non Halal. Opens for Brunch till 5pm according to the waiter.

Naturally, when a place advertises itself like THIS.. , as an INTERNATIONAL Pancake house, your expectations would be rather high… Well, well… the pancake…