Thanks to all those who replied to our ‘plea’. We were hoping to receive more contributions to the fruits/veg/plants post but sadly there wasn’t enough.  Is our audience void of plant biologists/horticulturists/farmers/planters?
With the help of contributors, we researched further to give you some answers…
Specimen A: Abiu (Pouteria caimito) – Apparently found mostly in Brazil and Australia. Although initially thought to be Vu Sua or Star Apple or Breast Milk Fruit. Closer inspection on Internet images showed that vu sua is mostly green with spots and red tints. Inside, the seeds seemed to be small. Thanks to Cathy from gastronomyblog who replied she also noticed the difference between abiu and vu sua. The fruit we had was yellow  in color with large seeds. This website gave me this confirmation (which also gave me the answer to Specimen B!!).
Abiu might be a variant of Vu Sua or the other way round perhaps. 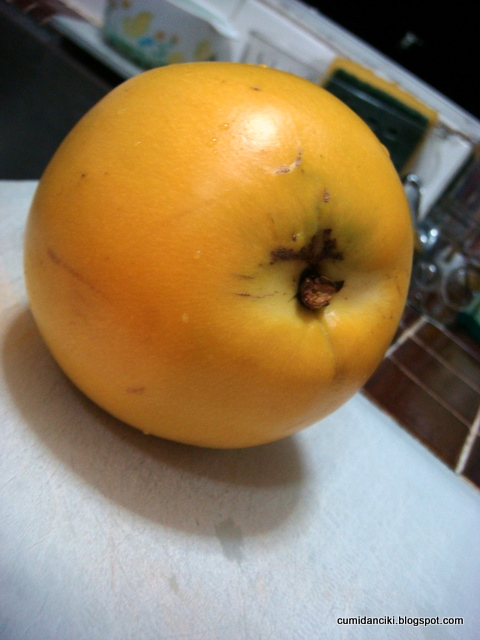 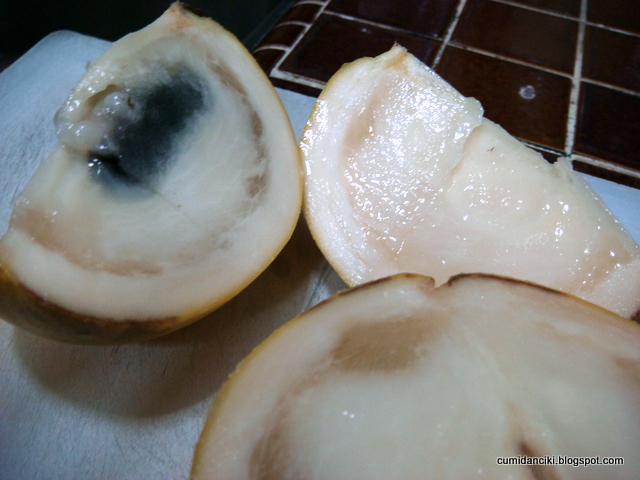 Specimen B: Akee (Blighia sapida) – The national fruit of Jamaica! Read about it from here or wiki. It did cross my mind to take a bite of the seed.. but then, I probably wouldn’t be writing this right now. Apparently it’s poisonous before ripe! 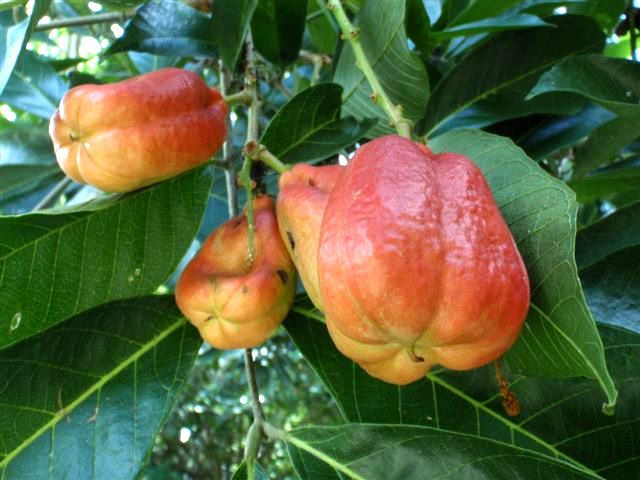 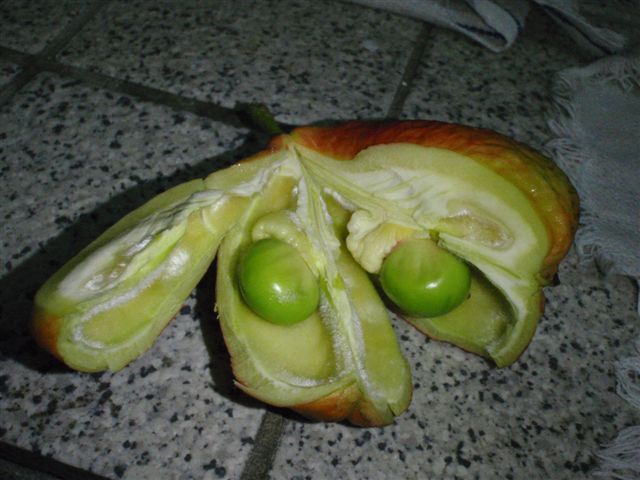 Specimen C – According to several readers, this fruit is pei pa or the chinese loquat. The fruit which syrups makes the yummy and healthy tonic, Nin Jiom Pei Pa Koa. Its a tonic synonymous to reduce sore throat, coughs and various other ailments. You can probably find this tonic at any Chinese Medical Hall around the world.

It never occurred to me that this was a loquat tree, as it didn’t resemble the loquat tree i used to pluck  fruit from ,when living in Perth. The fruits were of a completely different shape over there. I love loquats. 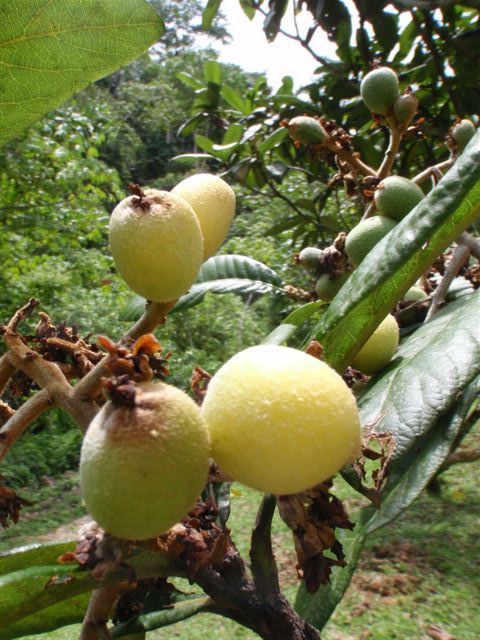 Specimen D – This one below still has us clueless. We haven’t found a name for it. It might even be a plant of a regular fruit we eat. HELP!
Its not passion fruit, nor plum and not fig either. Notice that it’s a vine plant and that the leaves cover the fruit which is about the size of small apple. I will have to pluck one of them during my next visit here. What is it? 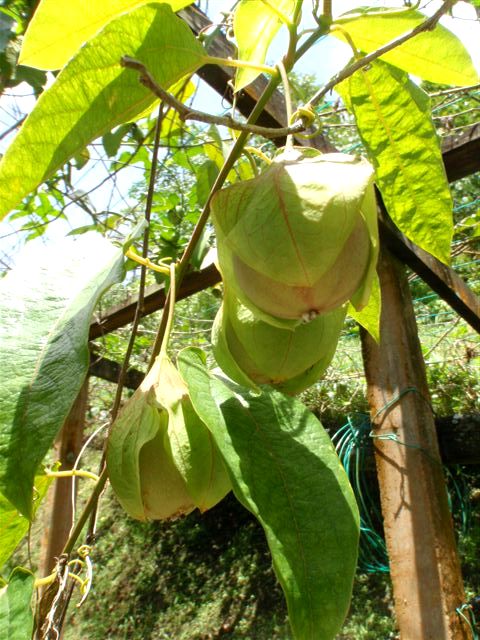 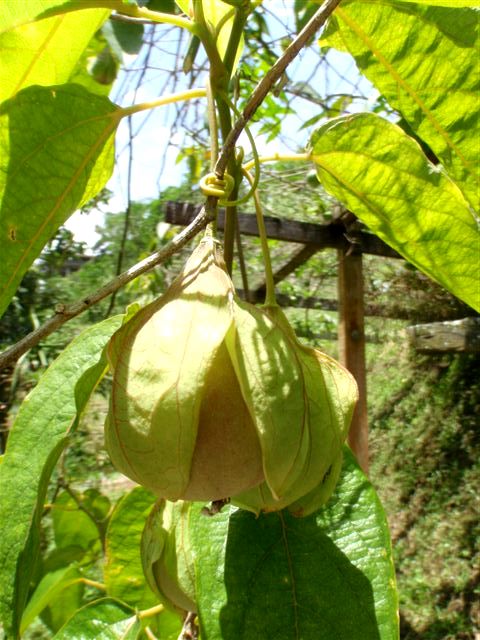 Like any artistic sculpture, great cuisine comes from the heart and is fueled by passion. When well executed, it offers a feast for the…