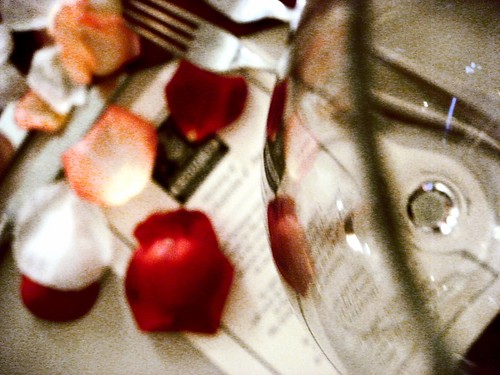 The Guigal domain was founded in 1946 by Etienne Guigal in the ancient village of Ampuis, home of the wines of the Côte-Rôtie. In these vineyards of over 2400 years old you can still see the small terraced walls characteristic of the Roman period. Etienne Guigal arrived in this region in 1923 at the age of 14. He made wine over 67 vintages and, at the beginning of his career, participated in the development of the Vidal-Fleury establishment. 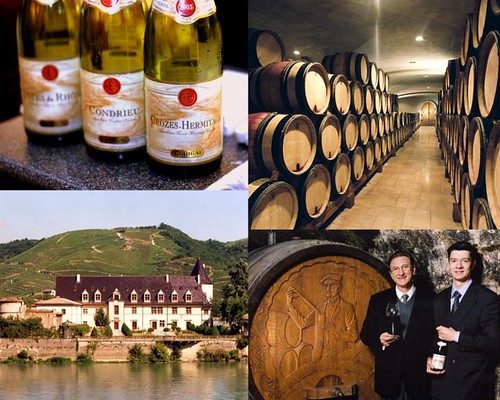 Info and collage photos courtesy of the Guigal official website here and FBB.

Despite his young age, Marcel Guigal took over from his father in 1961 and his hard work and perseverance enabled the Guigals to buy out Vidal-Fleury in 1984, although the establishment retains its own identity and commercial autonomy. In 2000, the Guigals purchased the Jean-Louis GRIPPAT estate in Saint-Joseph and Hermitage as well as the Domaine de VALLOUIT in Côte-Rôtie, Hermitage, Saint-Joseph and Crozes-Hermitage. 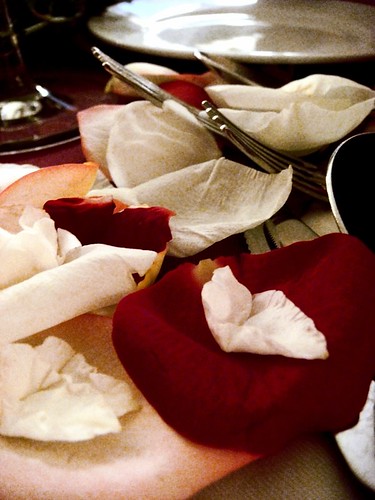 Anyway, on the 3rd of September, I got a call from FBB, who got a call from one Mr. Peter Yew, manager of the Opus, Cava, Moxie & Leonardo chain, inviting us to partake in an exclusive wine dinner by E Guigal Chateau d Ampuis, at Opus. FBB, Craving Joe, Superwilson and moi made up a table of four. 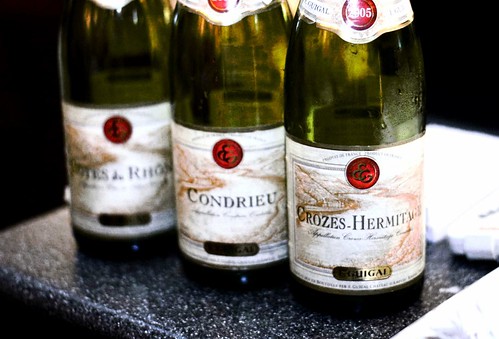 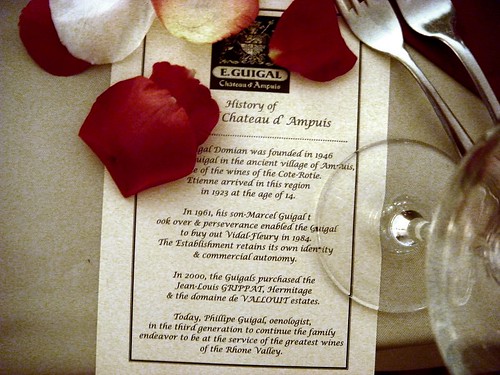 This wonderful wine pairing dinner experience priced at RM188nett per person was elegant and full of finesse, from the way the restaurant was decorated, to the way the menu was meticulously constructed around each wine. 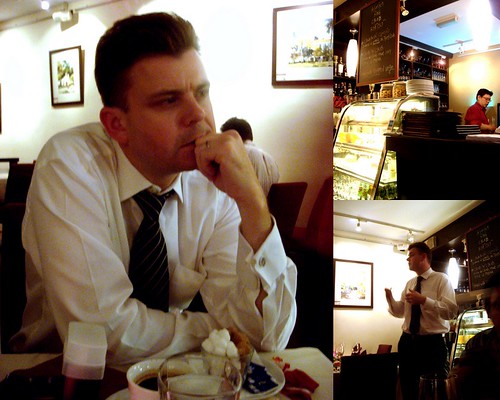 I think what I love best about these wonderful dinners is the fact that there are wines before (pre), during as well as after the dinner. That is what I call ‘living the life’.

During the Pre-dinner we had the first sip, of wine number one, the E Guigal Cotes du Rhone Blanc 2007. This wine was light-hearted and crisp. If I could describe it as one of the four seasons, it would represent Spring. Flowery, fruity and with a promise of blossom. Some may have found this wine a tad too subtle and lacking in body, but I liked it.

After a quick introduction on the wines by the enigmatic Rod Hull, Asia Pacific representative of E Guigal, we pretty much got down to dinner. 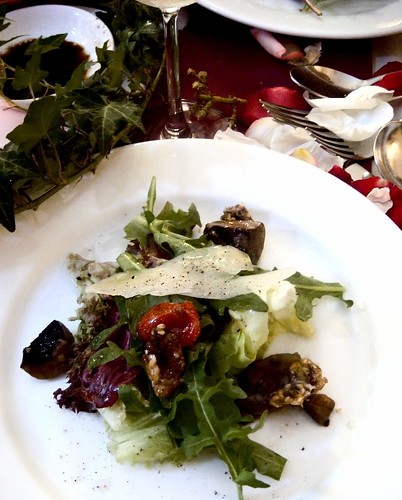 First up was the Salad – Wild mushroom forest with black truffle oil. This run-of-the-mill salad which would otherwise have been slightly boring, actually took on a whole new dimension, as the musky smell of the truffle oil permeated its ferns and gave it a life of its own. Superb. This salad found its pair in a smooth white wine, with a fleshy richness and this was none other than the E Guigal Condrieu 2007. 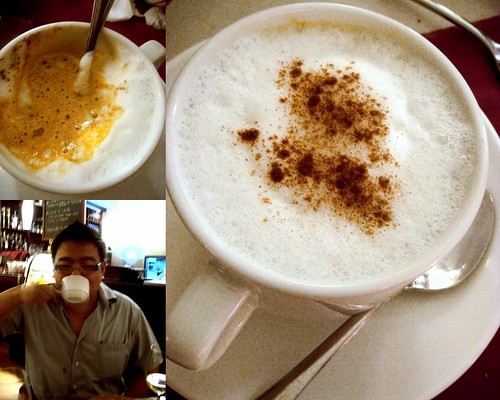 The lobster cappuccino was served in a cappuccino cup, not unlike, a cup of cappuccino… so much so that superwilson was having trouble accepting the fact that he had to drink it with a tea-spoon.

Sure wilson.. whatever you say. Anyway, this worked well for most of us, and once again the lobster soup was paired with the E Guigal Condrieu 2007. 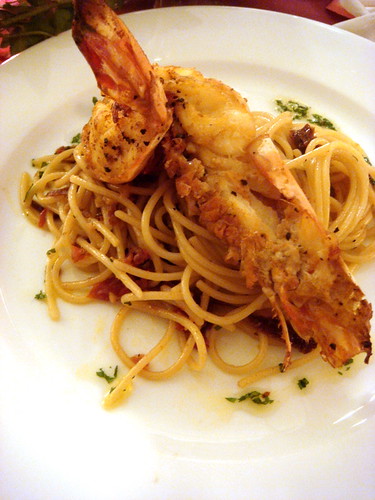 So, here is my Primi of Spaghetti with King Prawn & Anchovies. I breathed a sigh of relief that I could not actually taste the anchovies per se, because that would have totally destroyed, what would otherwise have been a perfectly fine dish, for me.

So, good! No anchovy aftertaste.
Both the pasta and the king prawn resisted the tooth and were well seasoned, and when paired with a full-bodied, slightly tannic yet balanced red, the effect was mellow and did not leave you felling too full after that somewhat heavier pasta course.
This balanced red was none other than the E Guigal Cotes du Rhone Rouge 2006. 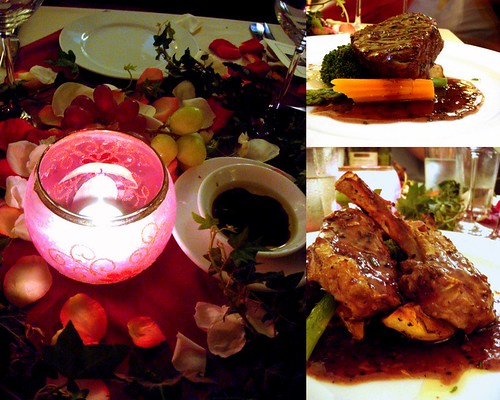 For the main course, we had a choice of either the Rosemary Lamb Cutlet with port wine reduction lamb jus or the Tarragon Fillet Mignon with cabernet jus and both would be paired with the E Guigal Crozes Hermitage Rouge 2005.

I went with the Rosemary Lamb Cutlet and was not disappointed. My lamb when cut, had a rosy pink center which bled juices infused with the aroma of rosemary.. a sure sign that the Chef knows what Medium-rare means. Exquisite.

The wine chosen for this course was the E Guigal Crozes Hermitage Rouge 2005. I immediately took to the smokiness of this red. I was told that the best way to describe this wine is that it possesses aromas of grilled meats, smoked herbs, red as well as black fruits, and a soft, open-knit, smoky character. Well, no wonder it went so well with my red meat. 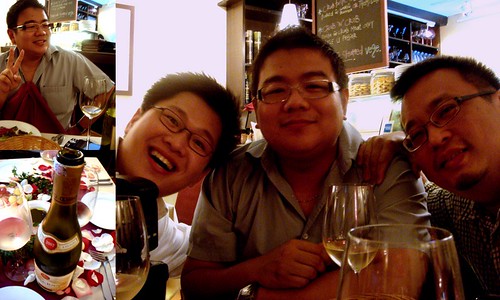 We had Tiramisu for dessert and from the smiling faces, you can probably guess for yourselves, that the wine pairing dinner went on without a glitch and that the night ended on a high note. Thanks once again to FBB and Peter of Opus for the invite!

Restoran New Yew Sang at Kelana Jaya is a great place to get a fast, cheap meal. This place is actually rather famous for…