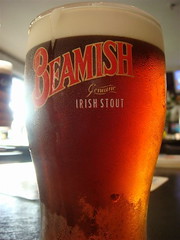 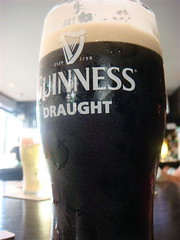 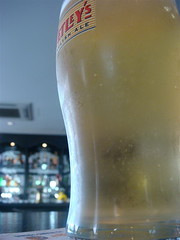 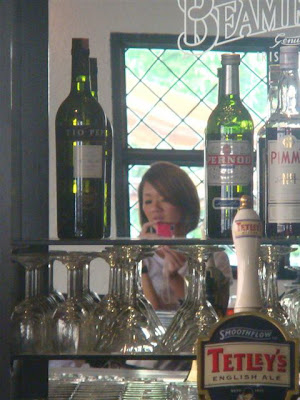 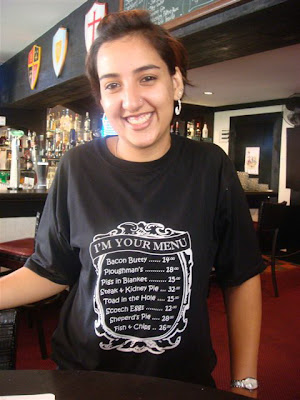 The George and Dragon.. !

Dragons lived in the early records of the British Isles, and stand as ominous shades in the history of english folklore, especially where the population is predominantly of Celtic descent. Celtic invaders could be found in Ireland, Cornwall, Wales and western Scotland, even before the beginning of the Christian era. They brought with them, faith, poetry and superstition, stories of demonic creatures… that form a mythology known as the great Celtic dragon-myth. Its stories, and legends breath life to…. giants, semi-human ogres, serpents, sea-monsters and…. dragons of land, water and air…

It was with this mixture of excited anticipation and foreboding, that, we opened the front doors of The George and Dragon… What treacherous perils or heroic adventure lay ahead.. we wondered… hahaha 😛 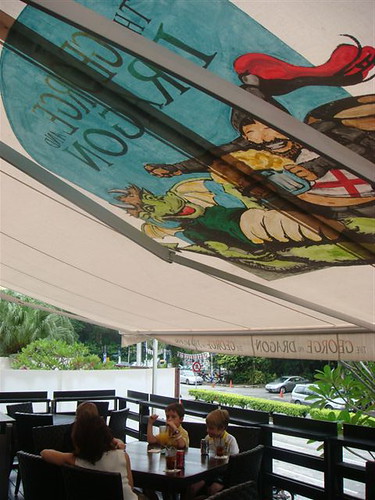 Anyway… here we are! The George & Dragon is an English pub with a Tudor facade, and the minute you step into the pub, you can tell it smells like one. I.e. beer, alcohol, mingled with the smell of oily chips laid out too long, permeate the air… it can either make you killer RAVENOUS .. or.. just plain want to puke… depending on your present state of mind! hah!

Ooooo .. looking at the menu.. i am transported back to school days in Cardiff… ahhhh… good ole Wales… i wish i was still a student … life was simpler back then… EAT, sleep… and try not to flunk out of school.. (and spend your parent’s dosh… teehee…) 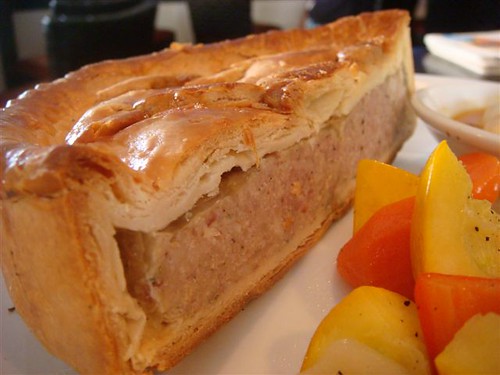 They had COLD PORK PIE on the menu.. ! How English is that??! How to resist??? Of course we had to try it…
and here it is.. in all it’s luscious splendour…
Hmmm…. lemme see… how do i describe it. The cold pork pie was.. erm… COLD… good but maybe a little blander than expected. The pastry could have been more flaky. Not bad .. but I have had better…

PIGS IN BLANKETS!! with a name as cute as this.. how not to try?! 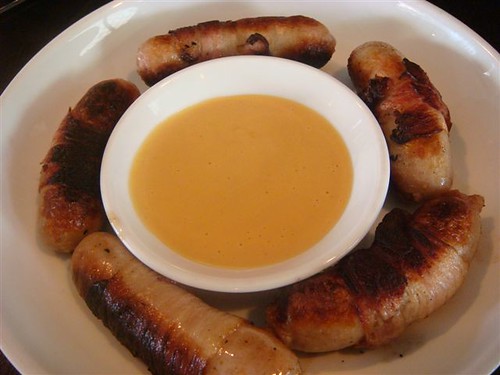 Gorgeous, gorgeous, MINUTE sized.. but HUGE in flavour, pork sausages, wrapped in bacon… fried to a crisp yet bursting with succulence…. VERY very good.
It is the perfect beer snack of all time.. i tell ya.
It doesn’t get any porkier than this. 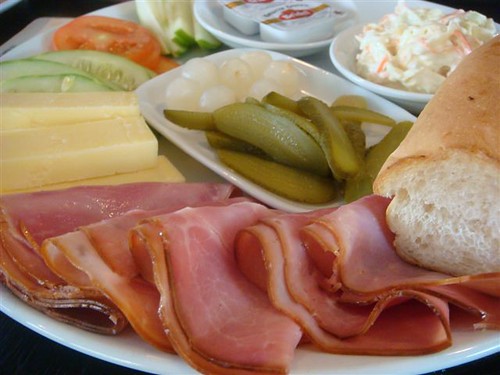 What else caught our fancy on the menu was .. the PLOUGHMAN’S. This consists of honey glazed ham with loads of cheddar cheese, pickle, salad, bread and healthy trimmings e.g. apple and cucumber. The ham was good, the cheese mediocre.. the bread light and soft… not bad as picnic fodder. The kids would love this! 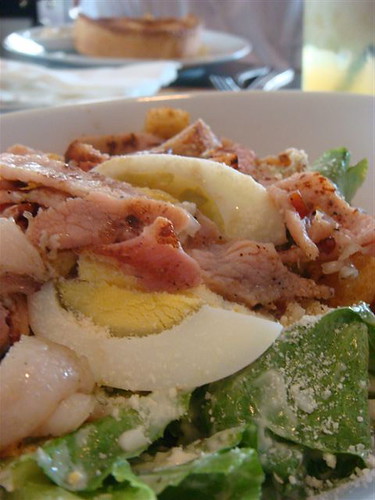 Finally, the healthy Caeser salad with (not so healthy) fried bacon! Needless the say, the fried prime cut bacon strips transformed what would otherwise have been a boring salad… into a phenomenal treat! Good. Very good.

Service : Poor! (Everyone was served only 1.5 hours after ordering.. and this is for PUB (fast) food, mind u! Apparently the staff said it’s because they have a TINY, miniscule kitchen…They are fashioned more as a pub than restaurant. ADVICE : enlarge kitchen!!!)

Location : Bangsar Shopping Centre – walk past La Bogeda and WIP… you should see it next to RHB Bank.