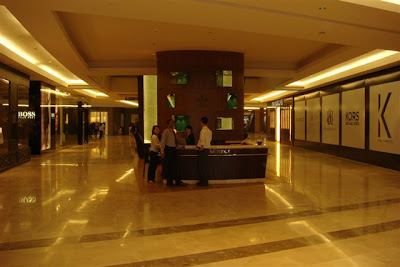 Traffic on a Friday afternoon around the Mid Valley area is crazy.

If you are jockey fiends like we are, you might want to use the valet parking around the Garden’s main entrance side because the Mid Valley valet is useless.. always full.

Din Tai Fung is famous for their Xiao Long Bao. So the story goes, about this man(the founder), Mr Yang, who fled during the Chinese Civil war in 1948, to Taiwan. He started off as a delivery boy for cooking oil , and soon saved up enough to start in humble beginnings.. a small restaurant selling Xiao Long Bao. This restaurant was called Din Tai Fung. Soon he grew famous because of this XLB formula/recipe… to date, there are now 40 franchises of Din Tai Fung in 10 countries... All doing just great. They were recently voted top 10 restaurants in the world, by the New York Times.
After all this hype, no wonder we had to go suss it our for ourselves. 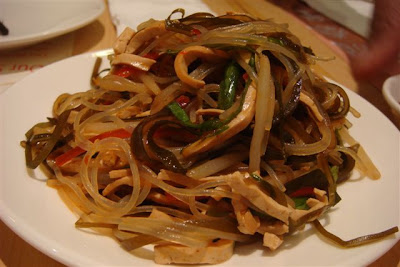 We had the Xiao Cai for starters.. this was a light tangy starter made mainly form vege, seaweed and tofu stock.. it was light and crunchy. Good as a warm up course…. 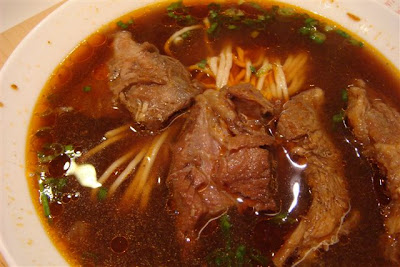 the braised beef brisket in la mian (as in ramen, in Japanese, note the phonetic similarities) was a specialty of the house and not bad at all to the taste buds.. we were already impressed with the 1st two dishes… the beef was soft and tender.. the soup was thick with feeling… aah…

we were just getting warmed up…

We sank our hungry jaws into it.

It kinda leaked sauce.. rather than GUSH… hmmm… rather disappointing… we would rather have gush than leak, Mr. chef.. honest… not as succulent as we would have liked.

Still, for an average of RM15 per dish, what can you expect… But still, we wouldn’t mind being charged more, if only the XLB was of better proportions/succulence.. 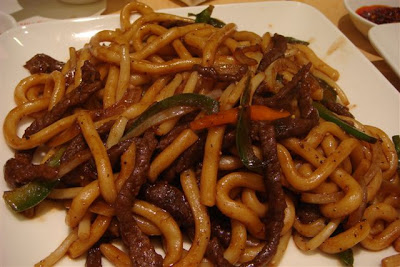 The Beef Udon was tasty.. (by this point we were getting half-stuffed)… 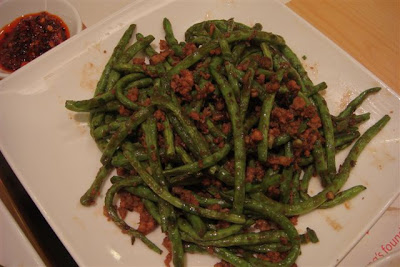 The green beans with pork was greasy but delicious, 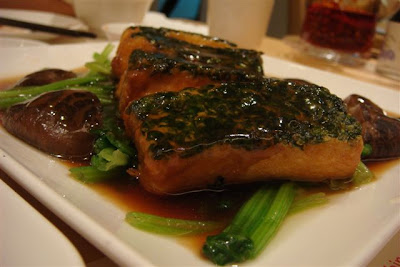 the special tofu were a nice mouthful… 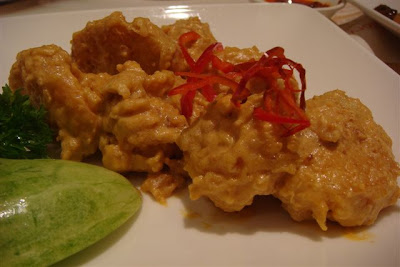 At this point we should have stopped… however we didn’t, and by the time the prawn with salted egg arrived, we were bursting at the seams…

I just had an epiphany of sorts at this point.. i realised that “ham-tan” i.e. salted egg, fried with ANYTHING, tastes good.. salted egg crab, prawn, lizard, snake… whatever… etc etc….
Must be all that cholesterol… killer yum man.. 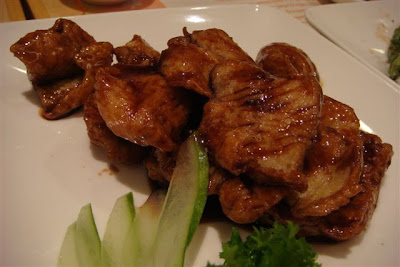 enter the smoked fish.. which was more like caramelized honey coated fish… 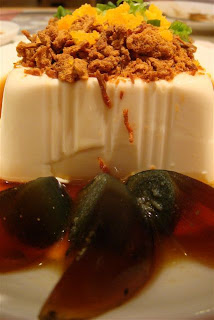 another tofu – tofu floss with century egg (yea… 100 year old egg… all black and aged and sexy and delicious..)

And with that, we reached the end of our meal.. thank God.

So what was for dessert? 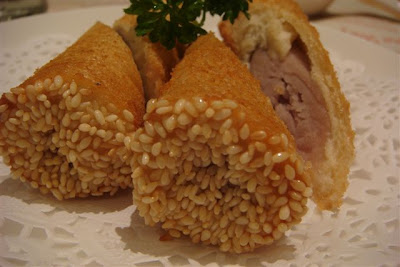 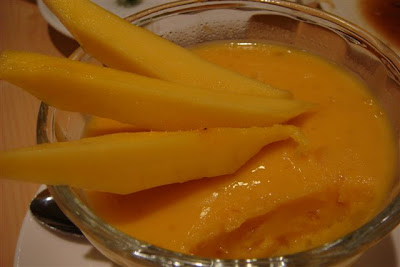 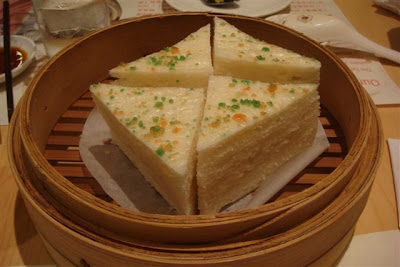 And finally, my favourite dessert…. Layer Papaya cake ! What papaya you say??? We asked as well…
Apparently, according to the waitress… the papaya comprise the colorful bubbles that blanket the top of the layer cake…

So cute… didn’t even taste like papaya.. but there you go!

My friend commented that he would return with his wife, for sure, as this place serves way better food than i-dragon…. also, being non-Chinese and all, they don’t speak a word of, let alone order in Chinese. So this place is heaven sent, because the menu is in English! With pretty pictures to boot. And the portions are small, therefore 2 people won’t be forced to order just one dish and a soup… They can actually have the works:)

Now corporate travellers to Kuala Lumpur, can mix fine food and business under one roof, especially if they are staying at the G Tower…