I’ve always been crazy about the Maldives, ever since the first day, me and @TummyLeeJones set foot on the archipelago, 4 years ago.. 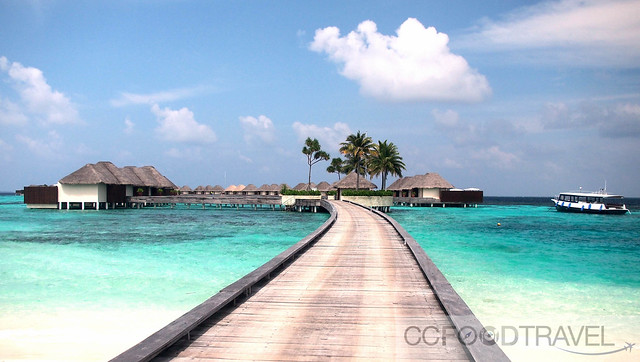 And now, it was time to go back, thanks to a fabulous promotion, by W Retreat and Spa Maldives in conjunction with AirAsia. 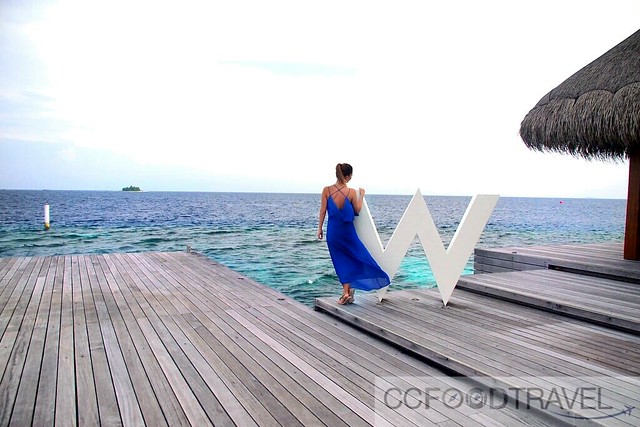 If you check on the website, it says up to 35% discounts on certain rooms, but when we got to the W Maldives, and I spoke to the staff, they told me that it is in fact, up to 40% off certain rooms.. that’s right FOURTY percent (which means nearly half price) at the W, so if you’ve always wanted to go, now’s the time to fly, if you know what I am saying. It certainly saves you a mini bomb, though you definitely have to spend a bomb anyway but imagine, at the best offer price the AA ticket could be as low as RM600 return. And suppose you save 40% on your room at the W, imagine how much cheaper it is now to fly, than say just a mere 12 months ago. I bet some folks are kicking themselves for not waiting for AA to eventually fly directly to the Maldives. I know I am because we bought our tickets at full price (RM2195) on MAS exactly 4 years back.

Anyway, just incase you missed it, let me say it again, currently AirAsia is the only airlines that flies direct from Kuala Lumpur, to the gorgeous Maldives.

The KL to Male (Maldives) route is currently exclusive to AirAsia and folks flying from Incheon, Osaka, Hong Kong, Shenzhen, Bangkok, Gold Coast and Penang are also able to connect to this idyllic holiday destination via AirAsia’s Fly-Thru service. 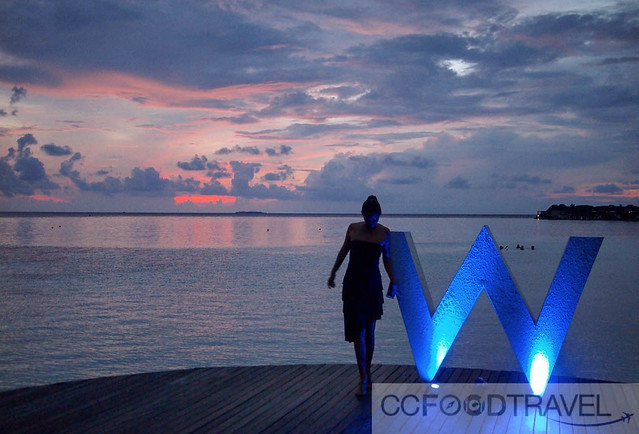 They fly 3 times weekly every Tue, Thurs & Sat, so just pick your day. I picked Saturday to fly and it’s a 3 hour time difference (4 hour flight) so you literally arrive more or less, the same time you left KL, and don’t miss much time at all.

So, how was the flight? Well I would have preferred a bigger plane, but the Airbus A320 was comfortable enough I suppose. So long as you don’t have long legs, you won’t suffer too much. If you need all the comforts of home, then it’s a good idea to pre-booked a comfort kit, which consisted of a blanket, eye cover & inflatable pillow. Also if you have a voracious appetite, a pre-booked meal is a good idea, as it actually saves you 15%.. I suggest you get two meals if you have an appetite like mine, because one sure ain’t enough. 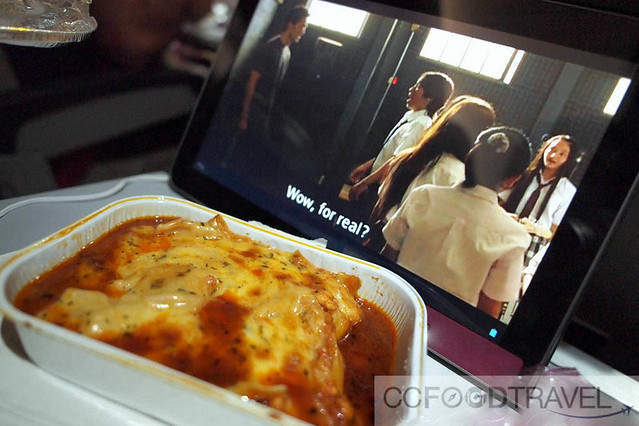 Also, if you are the sort who gets bored easily then I suggest you bring a book, or download some movies to your ipad to watch on your 4 hour flight otherwise, you will get bored. 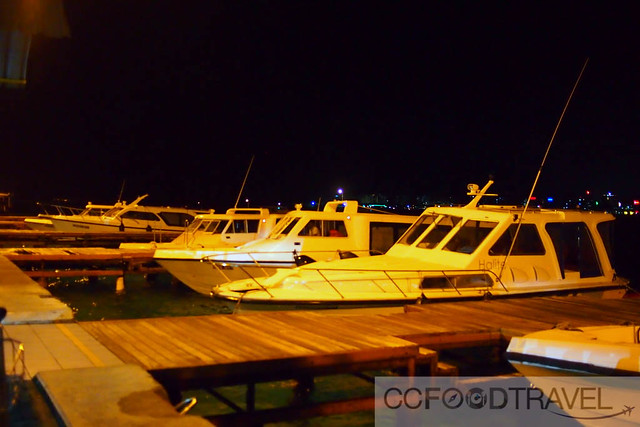 We arrived in Hulhu Island, or Hulhumalé at around 8pm local Maldivian time, but as it was rather late, and the weather not great that night, so they advised against leaving the same night for the W. The good folk of  Starwood Sheraton met us at the airport & transferred us via speedboat to the Sheraton Maldives Full Moon Resort & Spa, where we stayed for one night instead.

Maldive’s International airport is located adjacent to Malé on Hulhumalé and is known as the Malé International Airport. Hulhumalé is the first point of contact for every visitor coming in from overseas. The airport terminal is in the center of the island. The meteorological office is just north of that and the harbor can be seen on the left, surrounded by several jetties. We actually had the pleasure of visiting the control tower the last time, as @TummyLeeJones had a friend working there, but that is another story all together.. 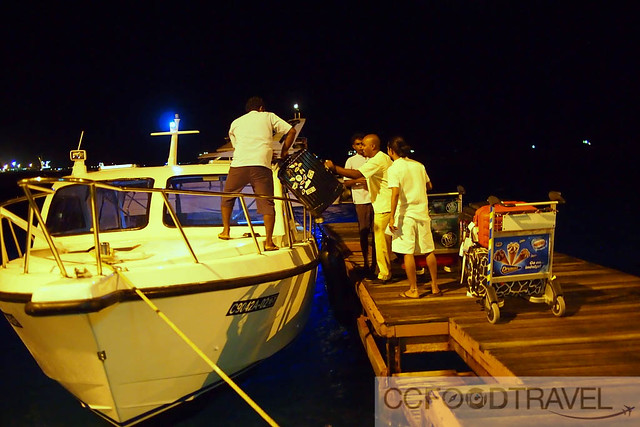 Extremely efficient and helpful Starwood staff, helping us load up our luggage and we were on our way.. 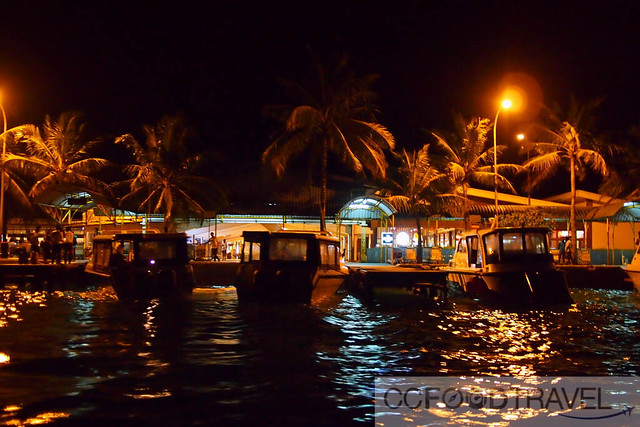 Malé, the capital of the Maldives is rather small, approximately 1.7km long and 1km wide, and located at the south end of Kaafu Atoll. It hosts about 150,000 of the 300,000 odd Maldivian inhabitants and is very close to Hulhumalé, the airport island – just 10 minutes by speedboat or 20 minutes by the older dhonis. There are many direct and frequent boat shuttles to the airport so our recommendation is that if you have time to kill before your departure and don’t want to hang around the airport, hop over to Malé for a look around or to have a nice, affordable, local meal. 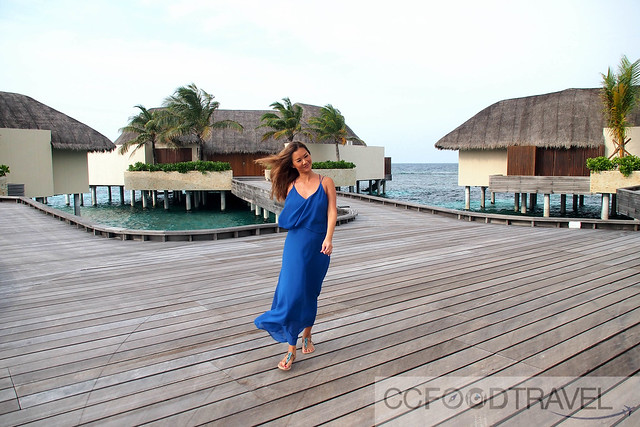 The next morning we would leave nice and early for the W Maldives. 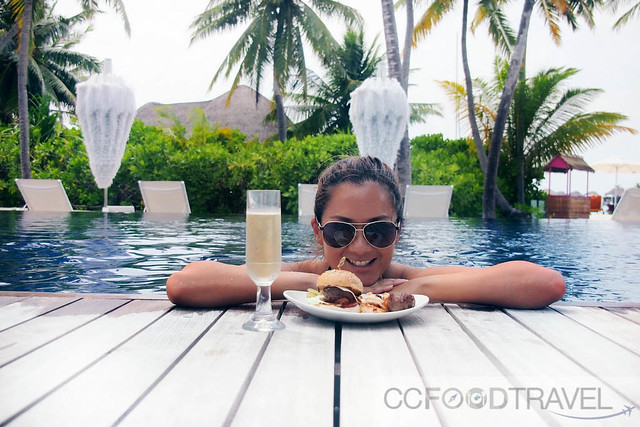 Stay tuned for more exciting updates on our stay at the W Maldives, tomorrow!