So we heard a lot of hype about this little shop in SS15 Subang, which serves authentic Sabah noodles – the Sang Yoke or Sang Nyuk, Pork noodles.

It’s no secret that we have a favourite shop for Tuaran & Beaufort noodles, so we were dying to check this other place out, to add to our list of Sabah favourites. Also, fans of this blog would know that there’s no place too far, we wouldn’t go for great noodles. 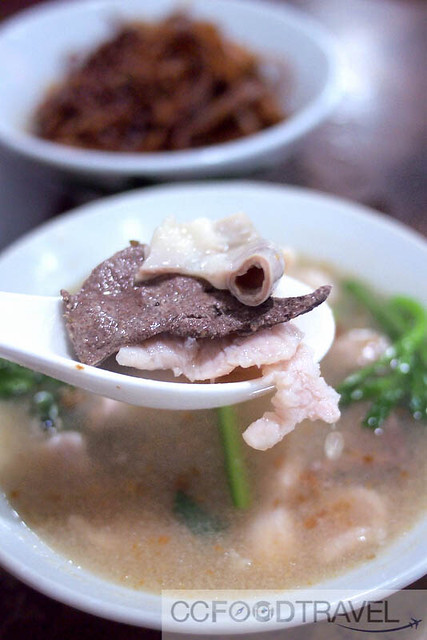 Sang Yoke means “raw meat” but obviously they don’t serve your raw pork. All it means is that it is made from whole, raw, pork slices rather than reconstituted meat, such as pork balls or minced pork.

So obviously the whole experience of eating this sort of pork noodles should be a fabulous one – soft, smooth slithers of pork meat, swimming in an unctuous pork broth. Throw in liver, intestine etc, in the mix, and what you have is a murky, rich, fat speckled broth that conceals the promise of intense procine toothsomeness.. and then some.

The only thing I fear about pork noodles is the amount of MSG shops use to get to that level of sweetness. I mean, why do you even need it, when you’re working with so much succulent pork meat? It annoys me no end, that kitchens use MSG without even so much as batting an eye. Pork meat is naturally sweet. No need for all that fake chemical rubbish. 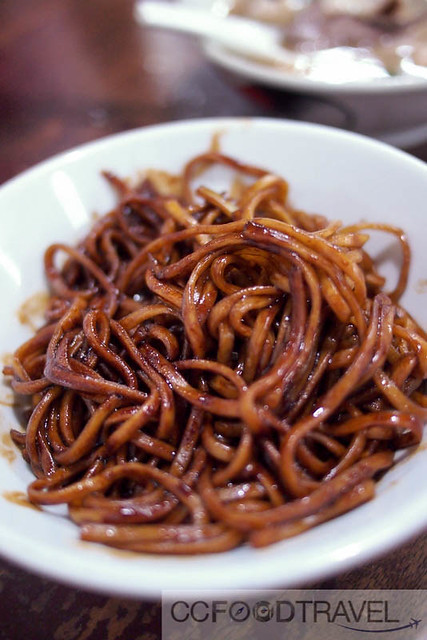 So we ordered from the menu, and when the food arrived we were happy to report that the Pork slices were indeed tender and succulent. The pork slices were coated in flour for that characteristic smoothness you get, like the ones in Ngau Yoke, Wat Tan Hor, where they tenderize then coat the Beef in tapioca flour before cooking it. It was tasty and well seasoned. The intestine bits were a little hard and the liver was overcooked.

The soup, as it turned out, was super sweet, but the MSG level was phenomenal! I was thirsty for hours after. The signature noodles here, would be their handmade noodles – rougher and thicker than bihoon, we were told by the waiter that this was good. Anyway, one bite and we tasted a strong alkaline Kan Sui taste, which is a result of using too much lye water when making the noodles . We ordered an extra plate of bihoon which had less of an alkaline aftertaste, but it was small, and cost RM3.60. 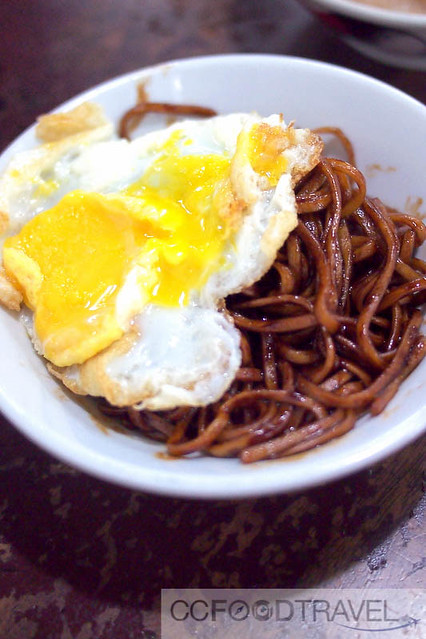 We also ordered an extra egg at RM1.50 which wasn’t very tasty at all.

All in all the pork broth really let us down – not impressed with the MSG. And also, if you want to order anything here just the standard set worth RM6.50 is what you should go for. The rest of the items are a bit of a let down. Boo.

Oh what glee.. Just heavenly has finally opened a cafe in Bangsar Shopping Center, directly across from A Cut Above, called, Just Heavenly Cafe….