Cumi just stumbled upon this fabulous place for that Sabah favorite, Tuaran mee, and this weekend he promptly had me in tow, to check out the place. 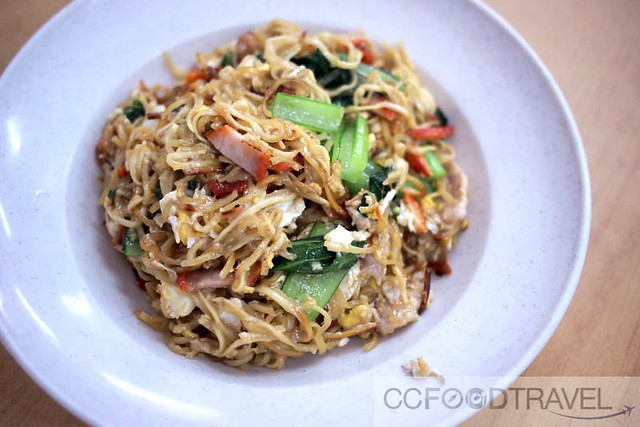 The Tuaran Mee at Ah Soon Kor is incredibly moreish.. full of ingredients, and smoky flavour 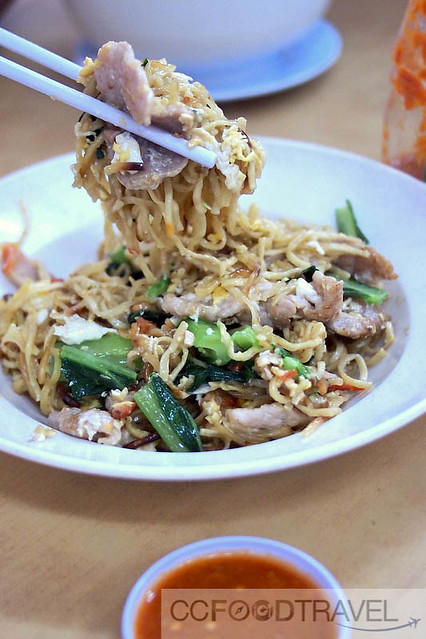 Talking to Sabah born Chris, he tells me that the Tuaran noodles are handmade and it is deep-fried and then boiled. After that, it is fried again with egg and homemade char siew. What an interesting technique.. no wonder the noodles tasted so eggy and delicious. There are many versions of Tuaran noodles, some make it eggier than others, some sweeter, and some more salty apparently, but I really liked this one, with tons of wok-hei (smokiness from wok frying). A good plate of fried Tuaran mee is fragrant, very eggy, delicately springy – the noodles look wavy and taste slightly smoky. This plate came with generous chunks of charsiew, choy sum and pre-marinated pork slices that were already soft & succulent with flavour. 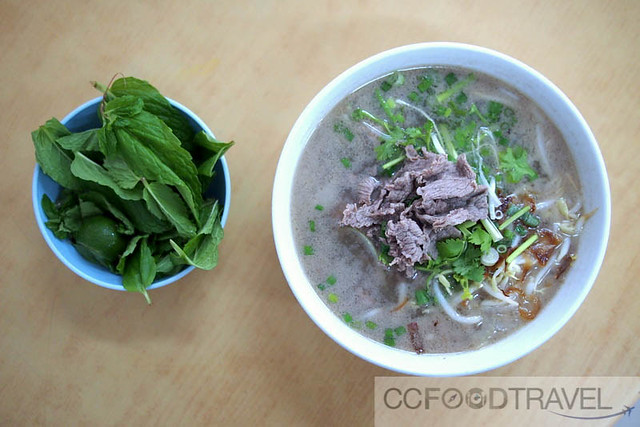 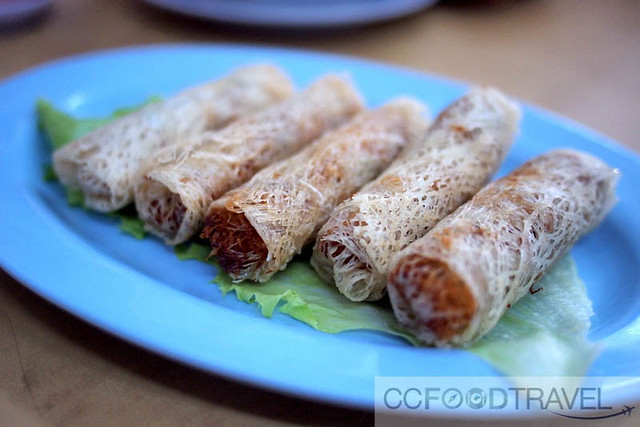 But cha gio, the Vietnamese style spring roll here is totally delicious. A skin of finely latticed vermicelli sheets gives it that interesting texture – Deep-fried to a golden crunchy brown, these were filled with a moist mixture of pork mince, desiccated coconut, shredded carrots, mung bean noodles (cellophane noodles/glass noodles), and the end result is utterly delicious and tantalizing. 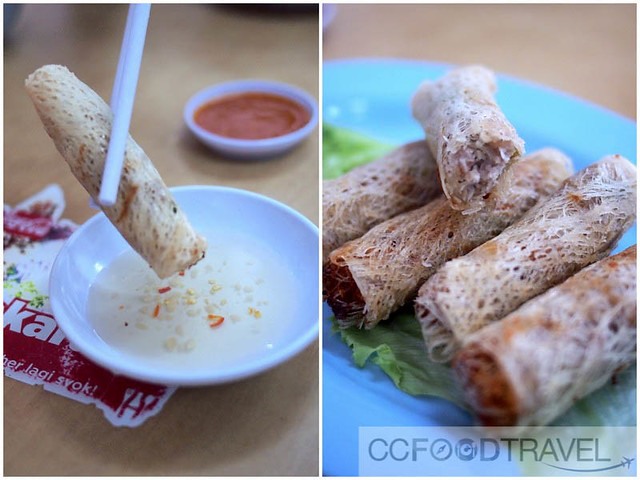 The deep-fried, crunchy, and golden brown exterior is super addictive when dunked in the sweet, sour, spicy nuoc cham (Vietnamese dipping sauce). These rolls come served on a fresh lettuce leave but I like to eat mine with the aromatic mint leaves that they serve on the side with the Pho, the final dish we tried at this restaurant. 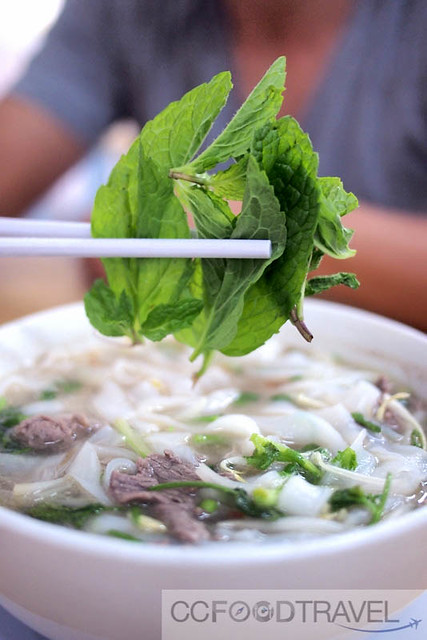 Hot, brothy, salty, and soothing beef noodle soup.. I had high expectations for this Vietnamese favorite.

There are few things tastier than a bowl of smooth, al dente rice noodles in a rich, intense beefy broth with warm aromas of cinnamon, cloves, and star anise, a hint of savory-salty fish sauce balanced by a squeeze of lime juice and a handful of fresh herbs and chilies that you add to your piping hot soup, of slices of medium well cooked beef. 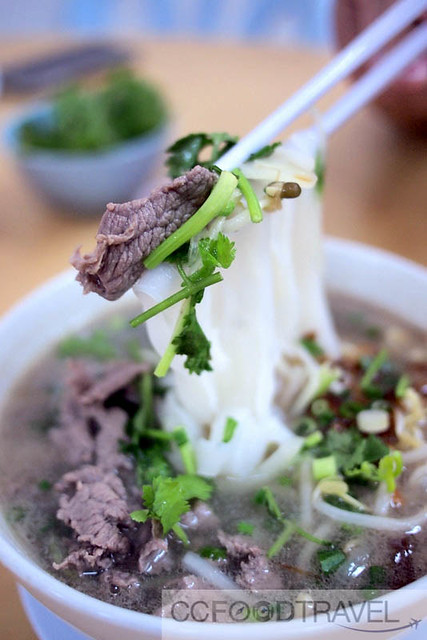 This pho was tasty enough but not the best we have had. Beef was slightly overcooked. It was lacking in oomph – not sure what it is, maybe the broth needed more spices and probably only a Vietnamese would know how to fill in the missing component.  Anyway, the Tuaran Noodles set us back by RM8, the Pho and Spring Rolls were RM7 and RM6  respectively, per portion.

Next I am going back for the Beaufort Mee where the noodles are smoked and then the gravy is poured over it. It’s hard to find this in KL too, and I heard when done well, it is really nice because the crispy noodles go fab with the gravy. Ah Soon Kor also serves Vietnamese drip coffee, perfect for coffee addicts out there… 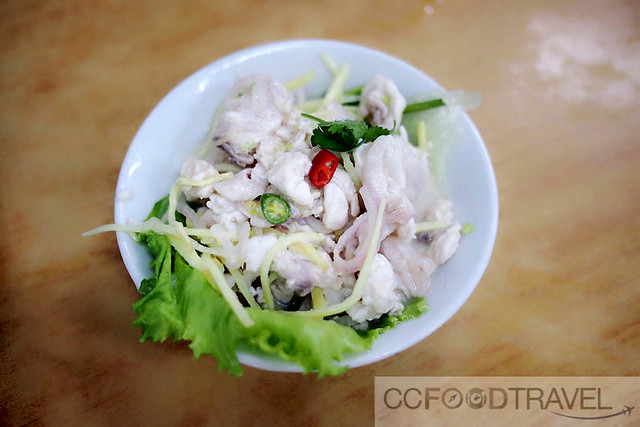 UPDATES DEC 2016: Ah Soon Kor no longer does the Vietnamese dishes… but now he has added a super delectable Hinava, to his repertoire! I find the sour, sweet, spicy raw fish just irresistible.. I ate tons of this toward the end of my pregnancy.. go figure! haha ..

UPDATES SEPT 2015: We recently went back for the steamed fish, Woo Tau Kau Yoke (steamed pork belly and taro), as well as Beaufort noodles.. feast your eyes on this.. 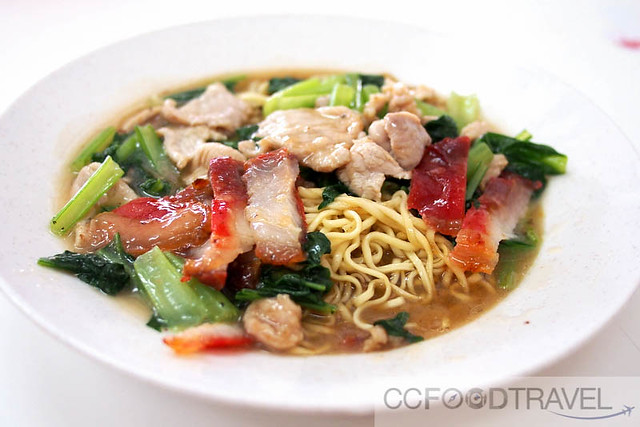 Delicious Beaufort noodles – but we only like the ones prepared by Chris himself – somehow he has the perfect balance of flavours in his noodles. 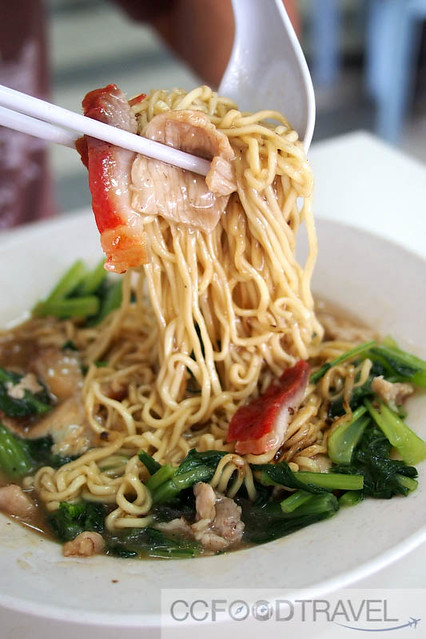 Be sure to ask for the Chef’s on fresh chili. This one packs a punch and goes rather well with the Beaufort. 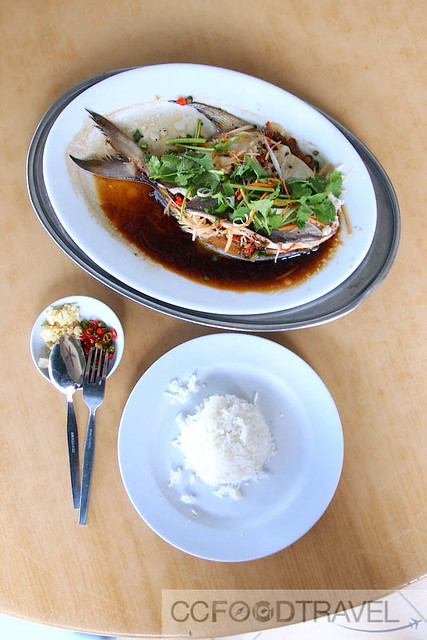 This was Chris’ lunch.. I guess a chef who eats at this own restaurant is a good sign! 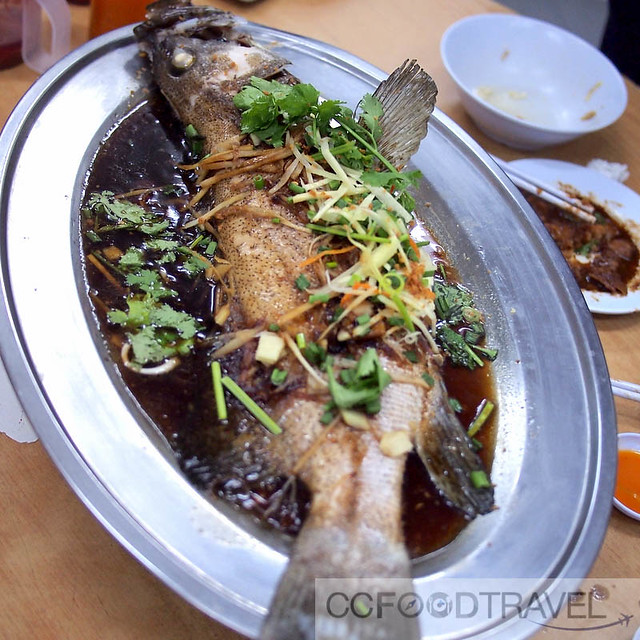 We went back for steamed garoupa – good but slightly overcooked. The meat was just too well done 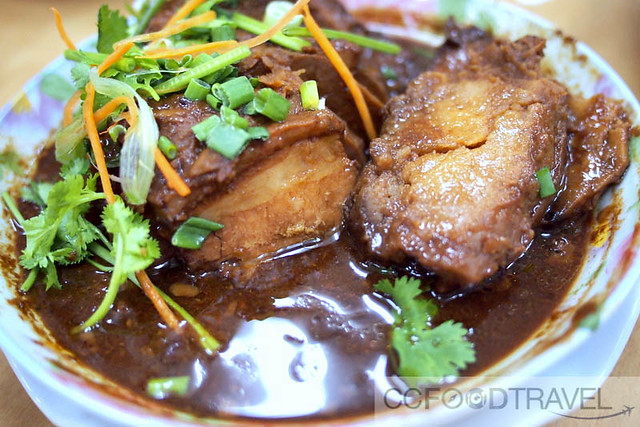 Fabulous Woo Tau Kau Yoke – salty so you need a ton of rice to go with this one! We spoke to Chris and found out that in the mornings, he will soon be offering dimsum too. Can’t wait to go back and try this. The Vietnamese noodles might not be on offer anymore though.

Brunch is something I look forward to on weekends, like how a devout Catholic looks forward to Sunday Mass. I mean, saying I like…