When someone mentions Rimini, it’s usually associated quickly with the vision of jam-packed beaches, hedonistic nightclubs and party place mostly. In 1843, the first bathing establishments took root next to the Adriatic and then beach huts gradually morphed into a megaresort, which in turn sprouted a big nightclub scene in the 1990s. Despite the interesting history, the majority of Rimini’s visitors come for its long, boisterous and overly crowded beachfront. 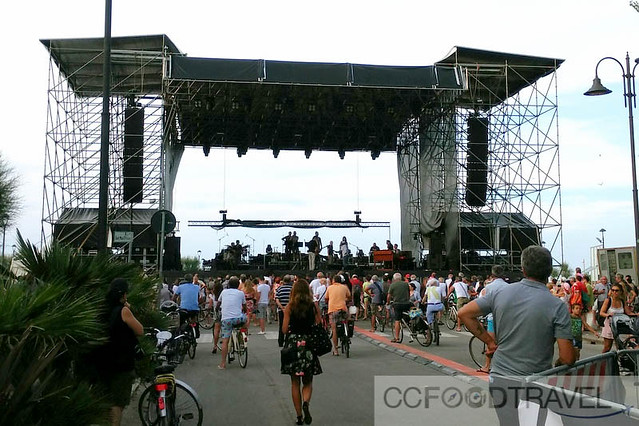 And there’s no better time to visit Rimini, than in the first week of July. This is when The Notte Rosa, or Pink Night, is traditionally held along the beachfront, with most of the piazza’s playing host to free concerts – there’s usually a ticketed main concert in Piazzale Fellini – artists have included Francesco de Gregori, Antonello Venditi, and Giorgia) and events. It’s worth noting that there are usually Notte Rosa themed events in the days running up to the big night, in the city centre as well.

Over the weekend, there’s lot’s to do in Rimini… 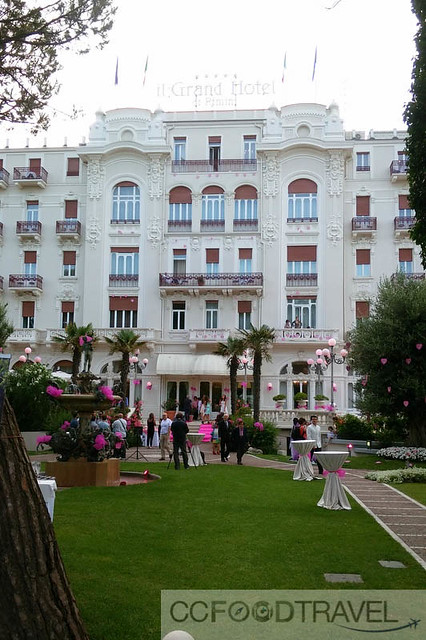 A great plan would be to have drinks and dinner at the Grand Hotel Rimini, followed by a stroll downtown along Ponte di Tiberio, if you have enough time before midnight. 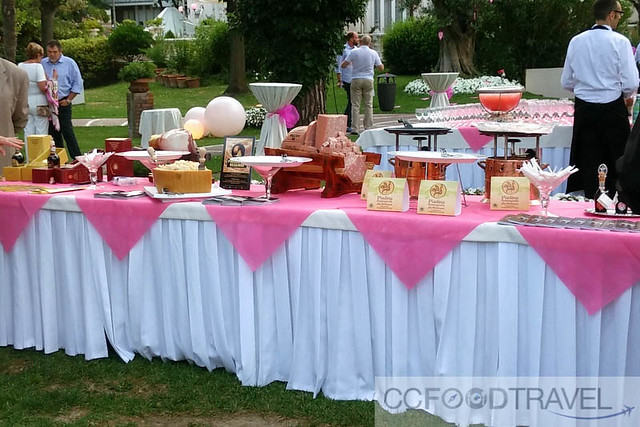 The entire night’s theme is Pink of course.. from the food to the drinks and deco, everything is dressed in pink! 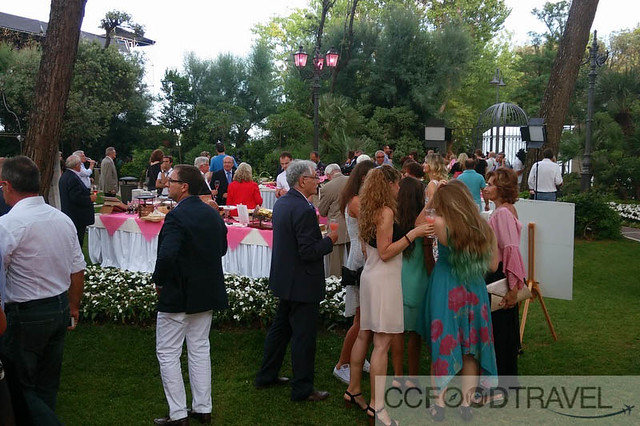 Where there is glitterati, there’s paparazzi! 😛 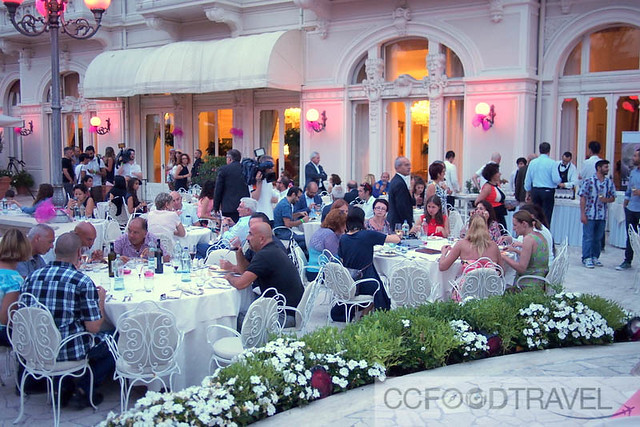 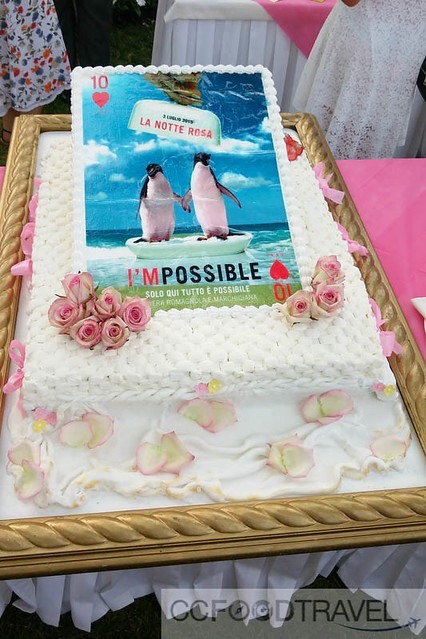 Even a special Notte Rosa cake graced the occasion! 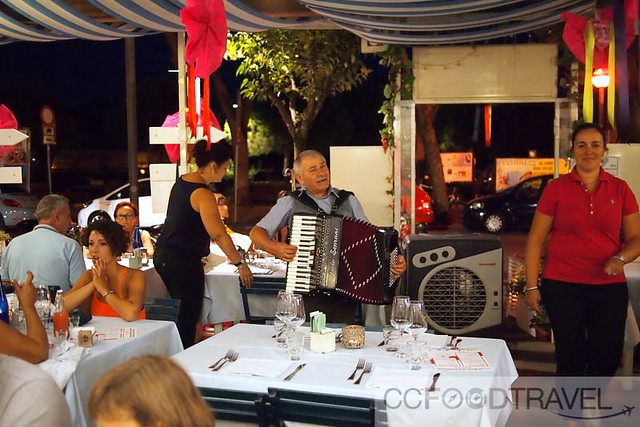 After dinner at the Grand hotel, we went downtown to check out the pink lights. Also, we stopped at La Marianna which was a great little restaurant to stop at, for some great Italian nosh, and just for Pink Night, we had our food in pink just for the occasion. 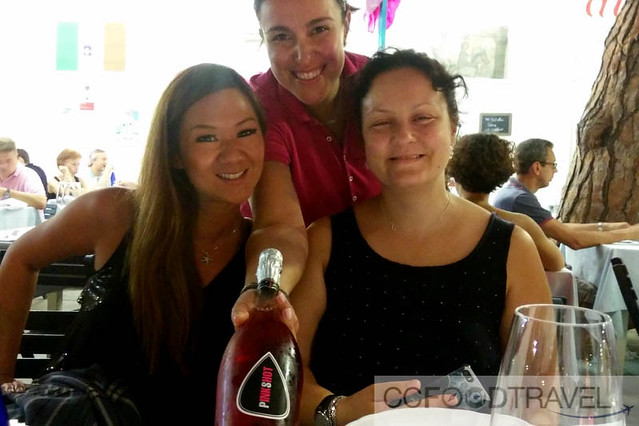 Fabulous drinks and food to set the tone and mood for Notte Rosa.. 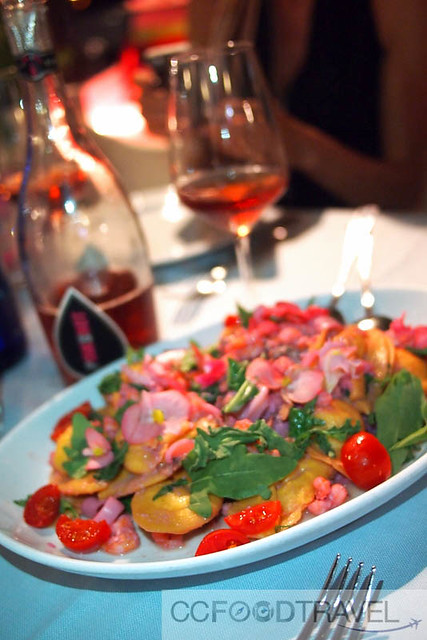 Very impressed by the dishes created for the night by La Marianna’s kitchen, as it was very pretty and tasty too! 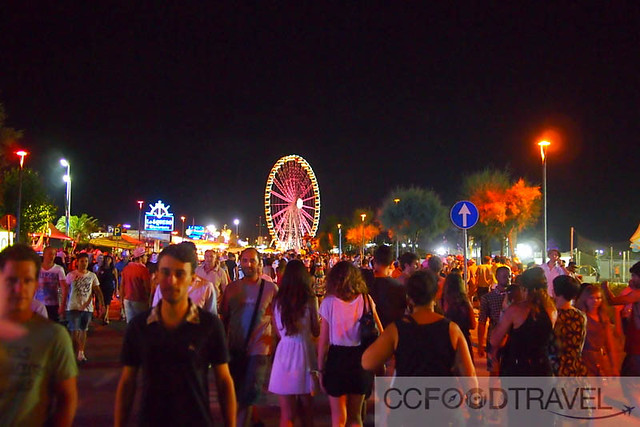 And finally finishing off along the beach promenade and partying the night way and watching the spectacular fireworks. 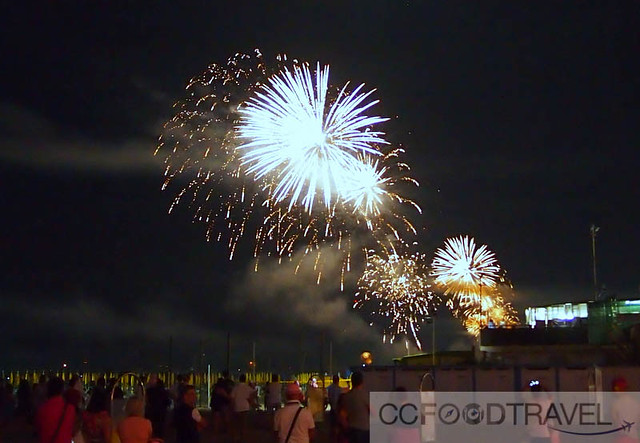 What a crazy fun night out.. I would do it all over again.. especially the fireworks spectacular!

The atmosphere and vibe along the beach was just epic. Folk really know how to have an enjoyable time in Rimini during Notte Rosa. Families and friends all join in the merriment which I would aptly term as ‘clean fun’. 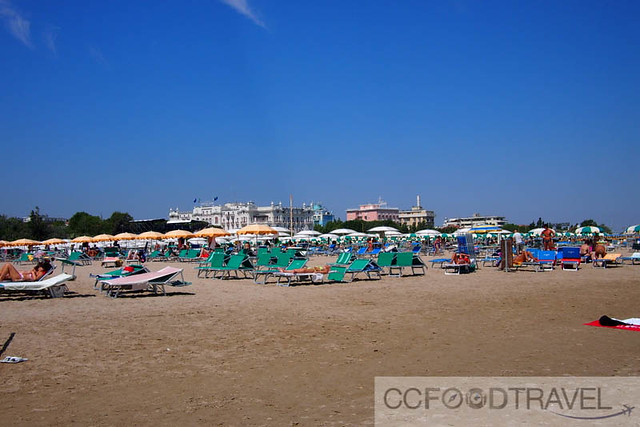 The next morning should be spent sunbathing and people watching on Rimini beach front, of course, followed by a good old fashioned Piadina lunch at Casina del bosco Rimini! 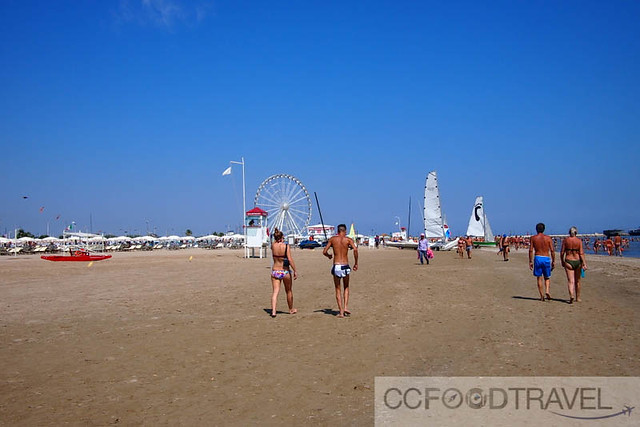 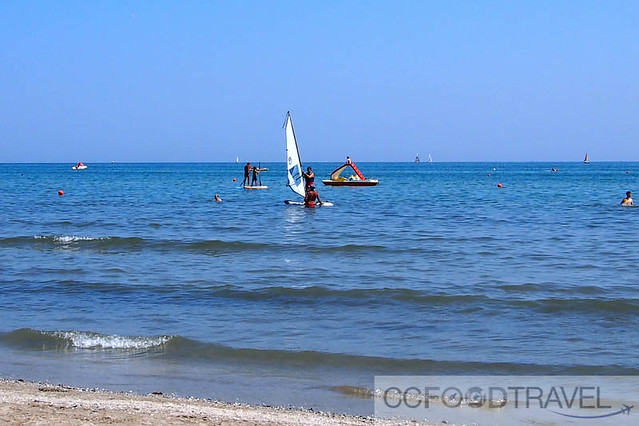 Wind surfing and stand up paddle boarding are common water sports you will find here.. 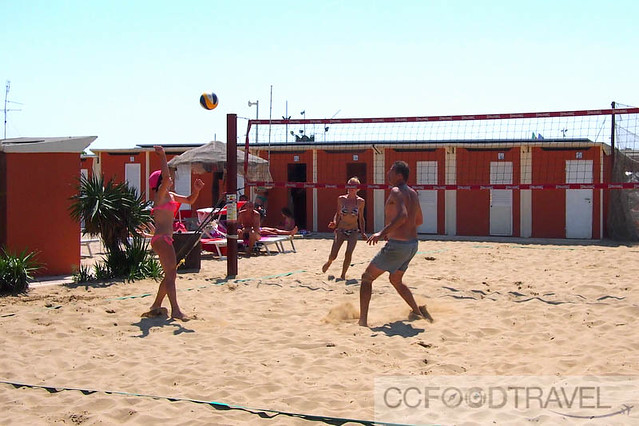 I joined a volleyball match for all of 10 minutes, before I had to go for lunch… super fun! 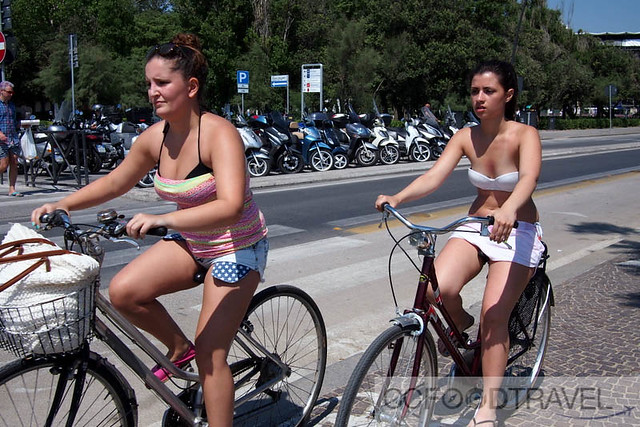 A good bet also is to hire a bike, and just bike along the coast.. this saves time walking and it does get pretty hot in summer, so this conserves energy. 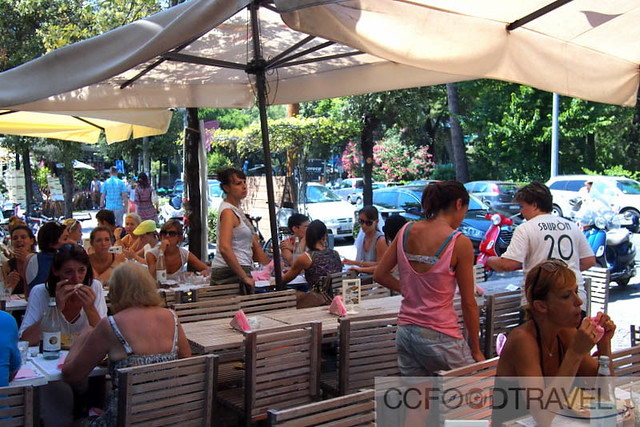 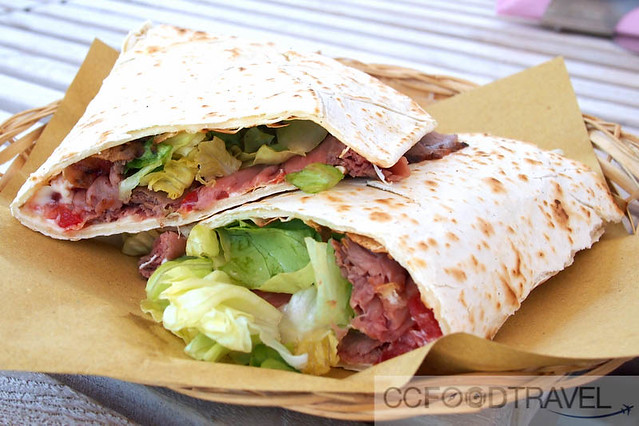 Well the piadina of Rimini, is a bit of an institution, and to visit this region and not partake, would be a travesty. In Rimini, you will be wow-ed by their traditional recipes with fillings that are original and delicious. 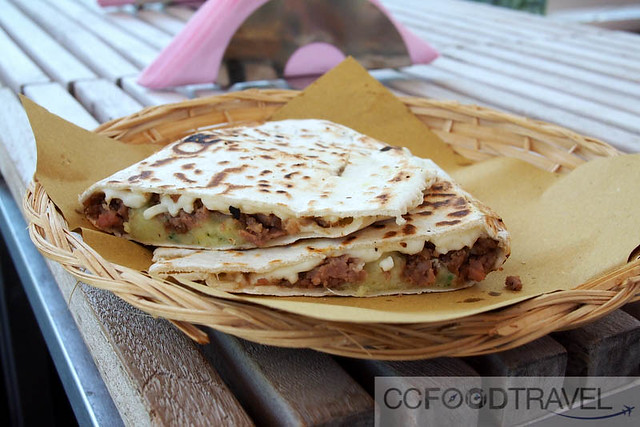 Cassoni’s are a must try as well. Am still dreaming of this Cassoni, or stuffed Piadina from Rimini! Super tasty Sausages, molten Mozzarella cheese and hearty Potatoes. 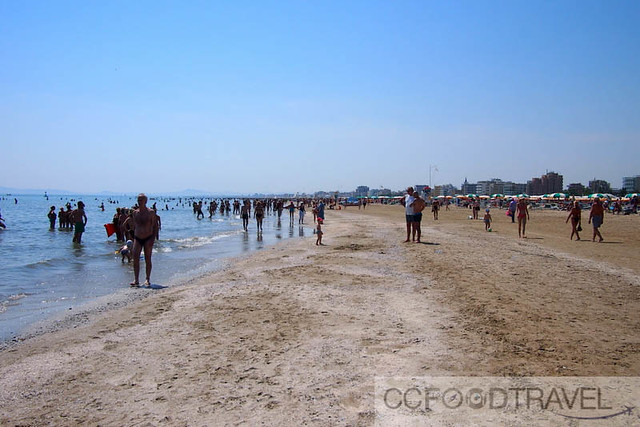 Now the Notte Rosa festival runs not just in Rimini, but along the whole Romagna coast, ie. the shores of Ferrara and San Marino. This is an all-night festival where cultural and artistic events take place, bringing visitors into the city. 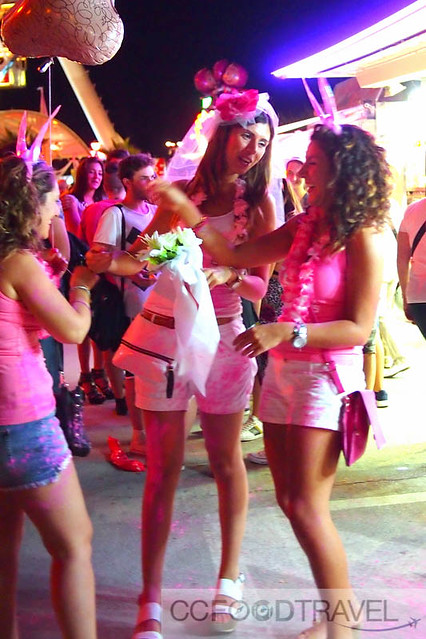 Pink is picked as a contrast to grungier, darker Riviera nightlife  – using the colour pink, the night aims to define itself as soft, gentle, and welcoming – perfect not just for party folks but of families too. 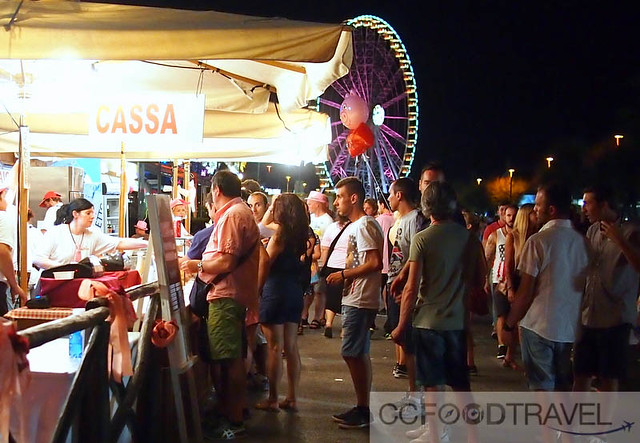 This festival, first proposed in 2006 by Andrea Gnassi has become one of the biggest events in Italy with staggering numbers, of up to 2 million guests at a time.

A Slice of Heaven is all the RAGE! It is a cake boutique offering designer cookies, cookies to take away and the latest most…