The last time we had the pleasure of meeting Yves Cuilleron, it was roughly a year and a half ago, at another wine dinner in KL. Back then, Yves hardly spoke a word of English – he was friendly enough, but the language barrier was evident. Now, a year and a half later, we meet again and Yves is making his own speeches and talking about his wines in pretty decent English, much to our admiration and surprise. 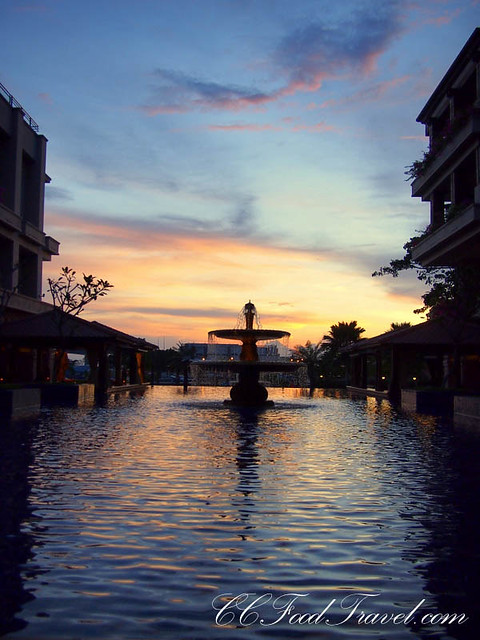 So here we are, at Casa del Rio, Melaka, thanks to the invitation of Hotel Manager Aarron Nelson. Rushing over and trying to beat the traffic into Melaka on a Friday evening is not always a desirable thing, but meeting Yves again after so long, would be worth it. And this would be the second event that Casa del Rio would host, partnering with Geovinum Sdn. Bhd. so we were definitely looking forward to an exciting evening. 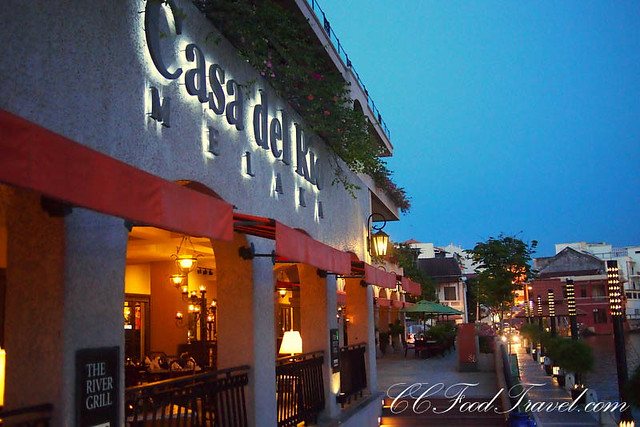 First, a bit of history. The first time we met Yves, we were a little star-struck, and rightly so. This guy was somewhat of a legend and superstar of the Northern Rhone region. He was also famous internationally for his spectacular wines. This time round, it would be more like catching up with and old friend. Yves told us he had been busy – there was this matter of a new cellar that was soon to be. He’d also been traveling a lot, promoting his wines (not that he needed to but, it is always nice to travel anyway) and seemed to not be slowing down anytime soon. 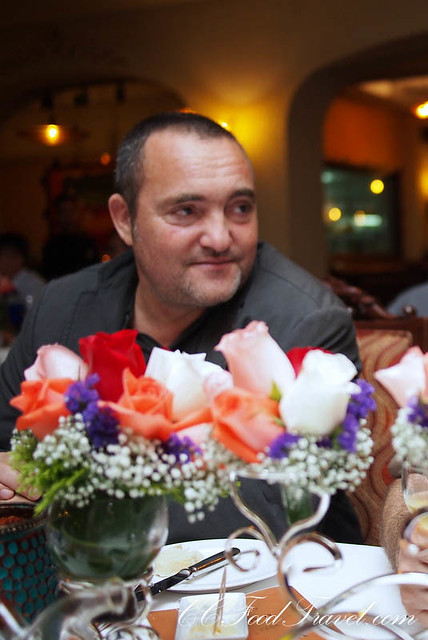 Yves Cuilleron tells us about his plans for 2014.. what a remarkable man! 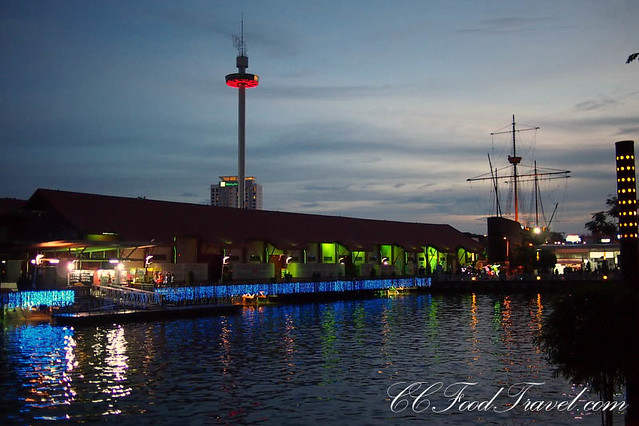 The lovely view at dusk, at Casa del Rio

After a lot of chatting, mingling and opening remarks by Yves, it was time to get down to dinner. 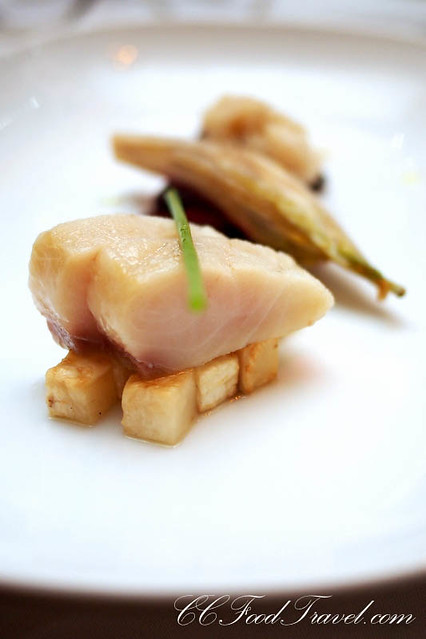 I’ve always liked butter fish sashimi, due to their creamy texture and buttery flavour. The fillets are flaky and delicate, and have a high oil content, so smoking them was probably the right move. Paired with the 2010 Yves Cuilleron Marsanne Des Collines Rhodaniennes which was medium bodied, dry, spicy and aromatic, the dish did the wine justice. 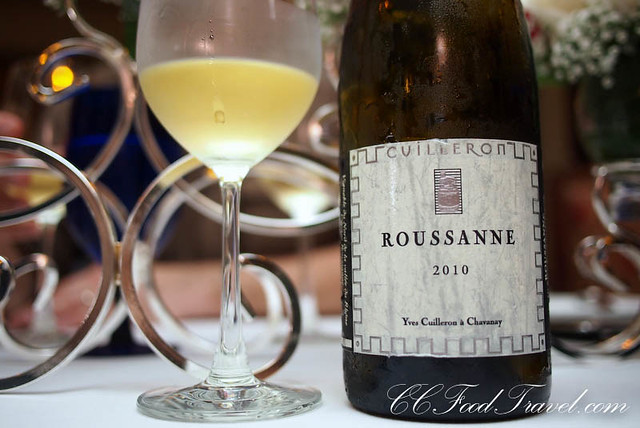 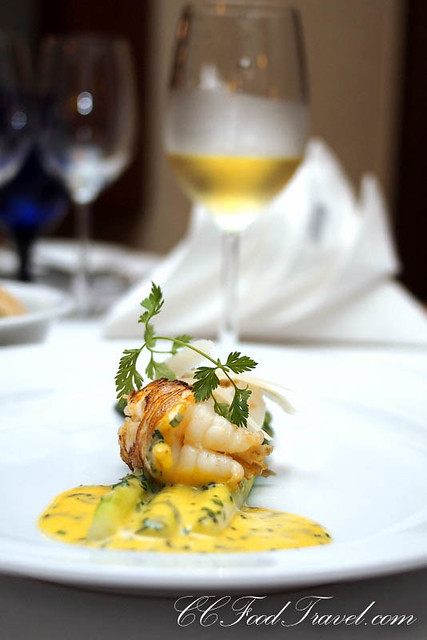 This next dish was superb. The Baby lobster tails that were fresh and succulent, served on steamed asparagus, shaved parmagiano-reggiano cheese and bearnaise sauce were simply delicious. Paired with the 2010 Yves Cuilleron Roussanne Des Collines Rhodaniennes, it complemented the dish, and lifted its oceanic flavours. This wine was round and substantial, with nice acidity and spice, ending off with a fresh finish of herbs. A very interesting wine – I loved it. 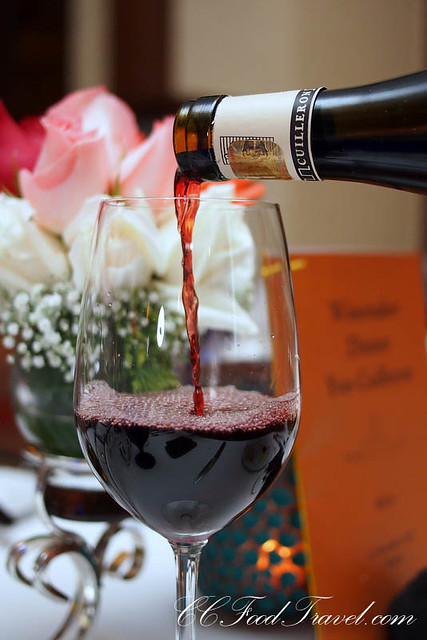 on to the main course… 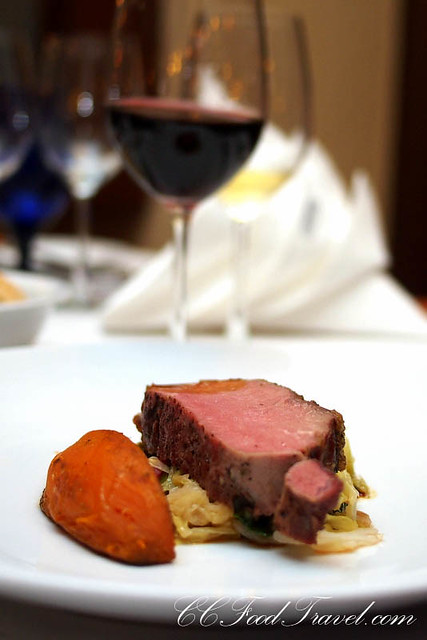 For the main course, we were served a Pan Roasted Veal Strip Loin which was pretty enough, but slightly marred by the fact that it was tough and overcooked. It was also a tad dry. Paired with the 2010 Yves Cuilleron Syrah Des Collines Rhodaniennes, I reckon the wine, out-shone the meat. I am sucker for spice and rhone syrah that’s packed to the brim with loads of currants, peppers, which also exhibited a fine balance between lush fruit and good acidity. 100% drinkable, no matter the occasion! 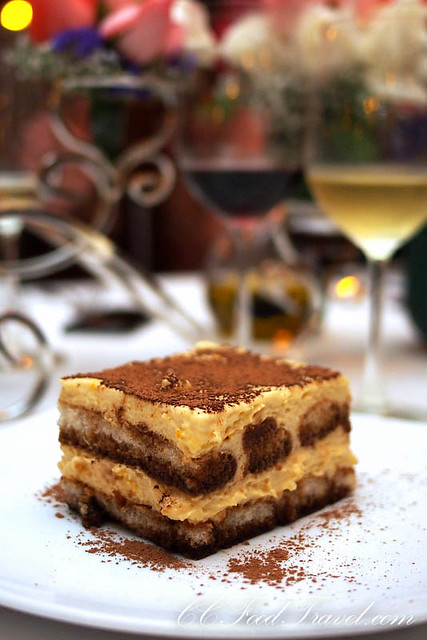 A delectable finish to a fine evening… this tiramisu was the bomb. Compliments Executive chef Allan Ho for the terrific menu. We enjoyed every moment of it! 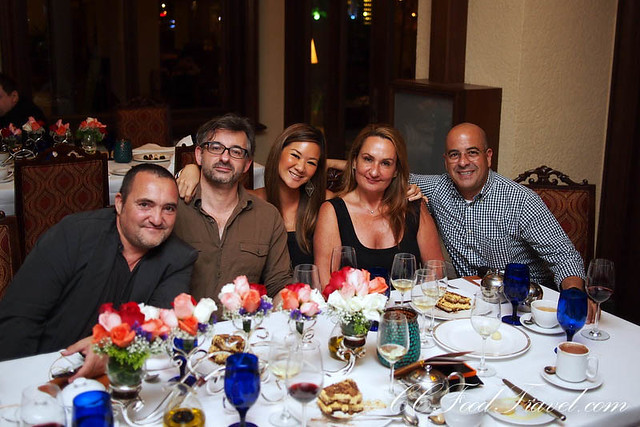 With friend, Old and New… so happy to have been able to meet Yves again after so long! We hope he will be back to KL soon, for many more wine events to come!

I was so excited! We rarely see, these days, in KL, Charcoal stoves… So, you can imagine my happiness at seeing the cinders fly…